The Lasting Works of Photography Pioneer and Proponent Lucien Clergue 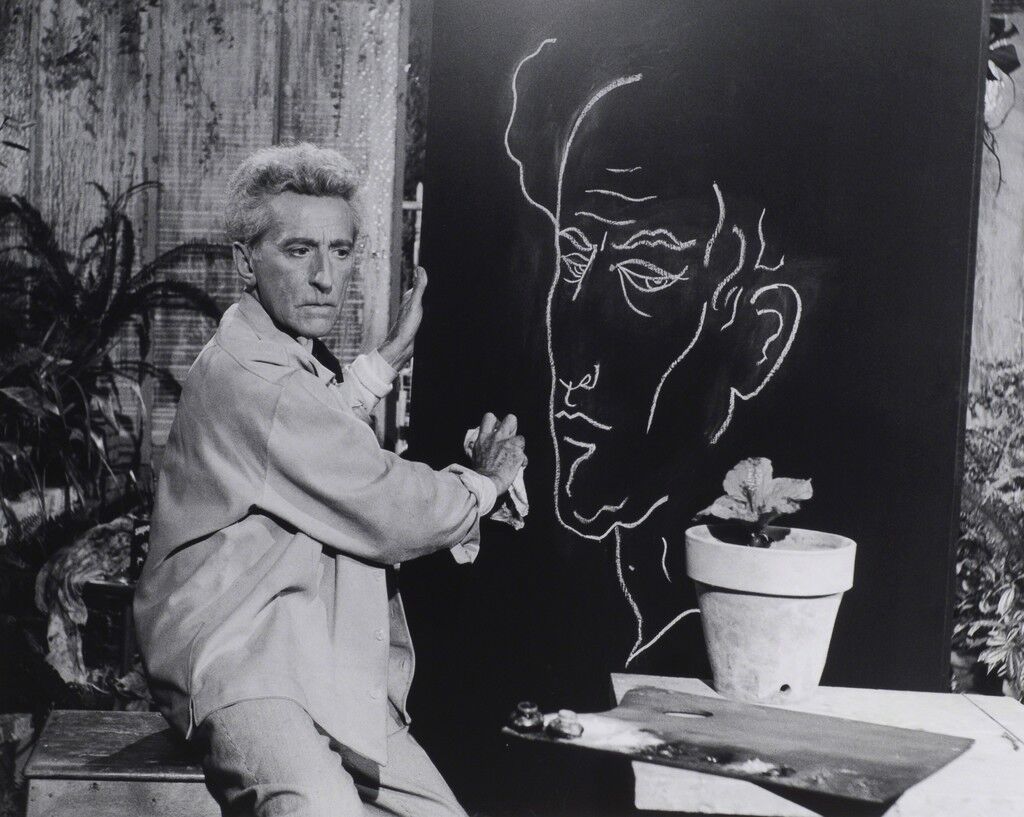 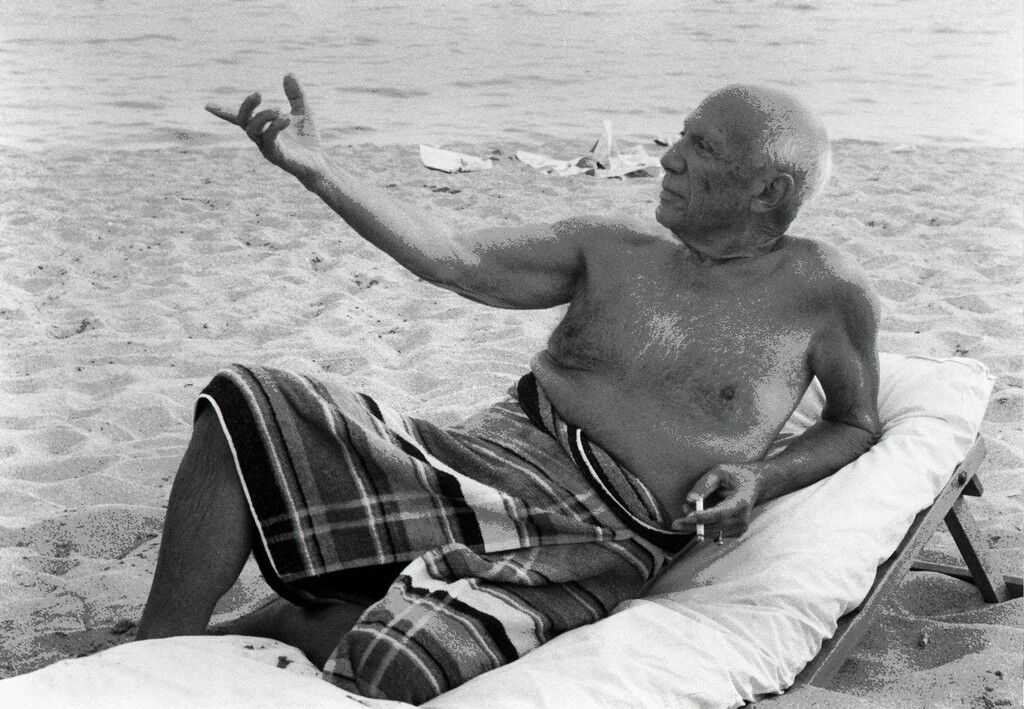 Lucien ClerguePicasso sur la Plage de L'Hotel, 1965. Odon Wagner Contemporary
French photographer Lucien Clergue’s candid portraits of famous friends, fellow artists, and patrons—Pablo Picasso, Jean Cocteau, and Saint-John Perse among them—are widely celebrated as intimate studies of the daily life of an artist. However, Clergue is perhaps most remembered and respected for his black-and-white studies of light, shadow, and form, featuring sinuous female bodies, dynamic sand dunes, and seascapes extracted from the coast of the Camargue. His early works are currently celebrated in a solo exhibition at RMN Grand Palais in Paris, and his story is now told in a new film presented by Odon Wagner Contemporary.
“Lucien Clergue - A Film by Odon Wagner Gallery” was directed by Jack Weisman, and produced on the occasion of the gallery’s 2014 retrospective of Clergue’s work. Beginning at the opening of the retrospective, the film is narrated by the artist himself, just months before his death. Clergue shares poignant anecdotes from his upbringing and his path into photography, including memories of the aftermath of World War II and his friendship with Picasso. Clergue’s narration is coupled with his photographs and compelling original footage. 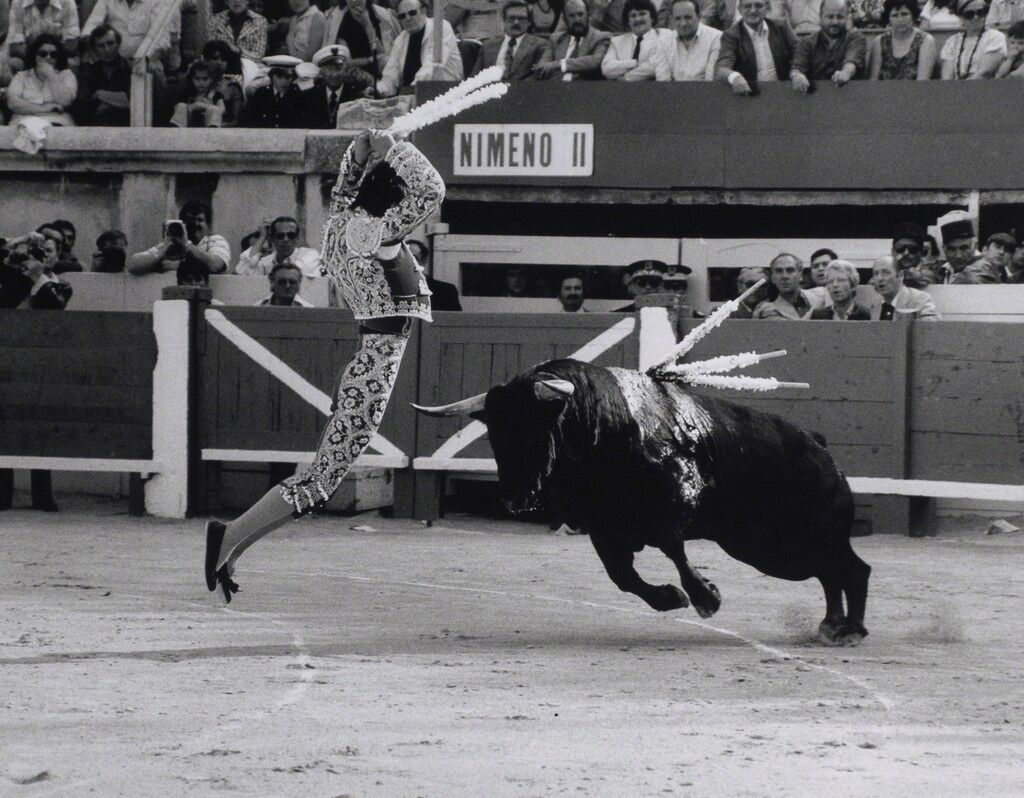 Lucien ClergueChristian Nimeno II, Place Les Banderilles, Nimes, 1980. Odon Wagner Contemporary
A native of Arles, Clergue spent most of his life working in and around his native home in the South of France. He produced an early body of work that is almost journalistic in nature and captured the lives of social outliers—such as gypsies, harlequins, and circus performers, including the Saltimbanques—as well as those of bullfighters and other professionals trading in the currency of bravado. In addition to these somewhat anthropological works, Clergue created an extensive body of morbidly beautiful, deeply melancholic images of decay and ruin, focusing his camera on the rotting carcasses of animals and the spoils of combat after World War II. He photographed the debris of razed structures in Arles, which had been completely leveled by bombings. 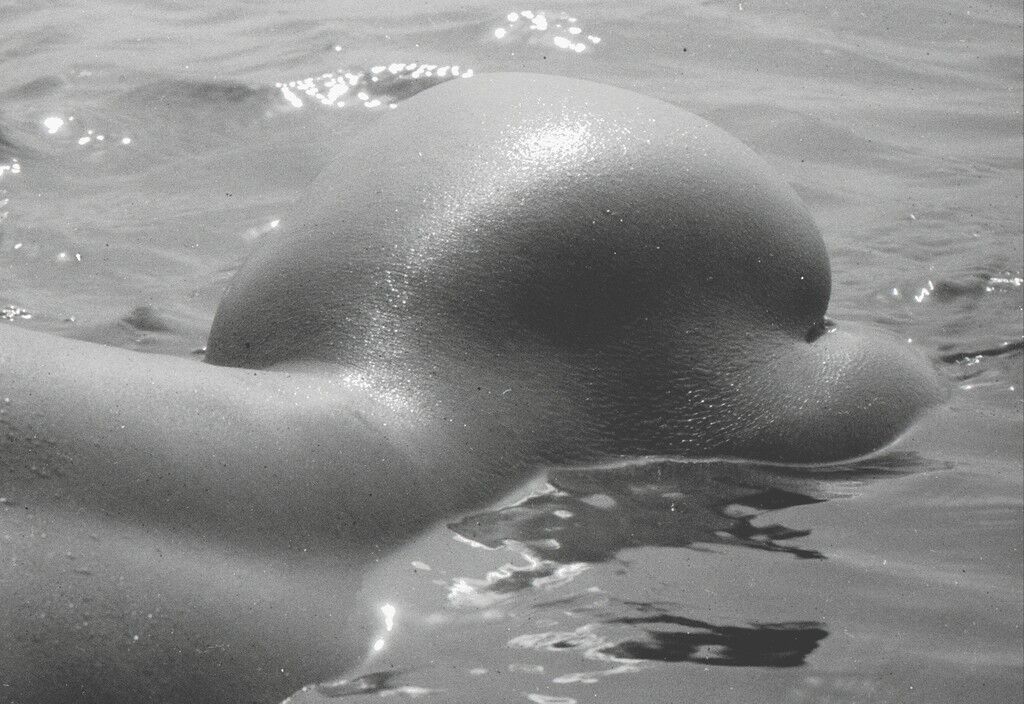 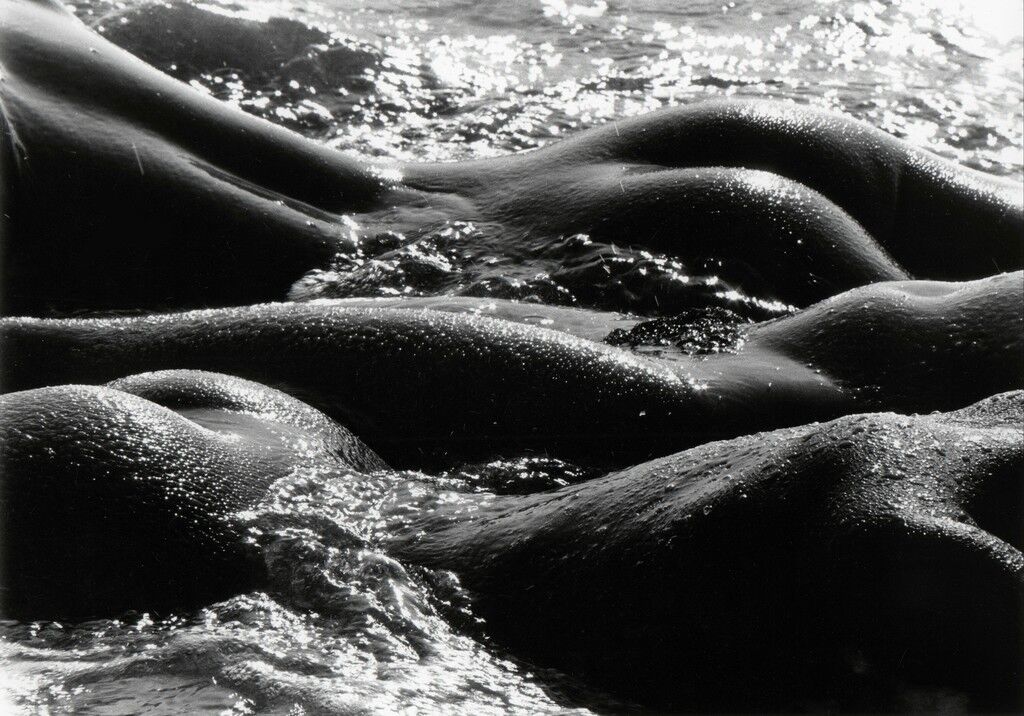 Lucien ClergueGeantes de la mer, Camargue, 1978. Odon Wagner Contemporary
Clergue became the first photographer to be elected to the Académie des Beaux Arts in Paris and was a lifelong proponent of photography as an art form in its own right, on par with painting and other fine arts. Photography was a relatively new medium when Clergue began experimenting with it beyond his previous, more documentary work. Many early photographers spoke in a visual idiom similar to those of painting, drawing, and sculpture, staging their scenes and posing their subjects. Clergue was one of the first to move beyond attempts to adopt the conceits of other art forms, electing instead to manipulate perspective and proportion, as well as light and shadow, to produce entirely novel imagery that possesses many of the qualities of other forms of expression, such as painting, sculpture, and collage, while transcending the limitations of each of these. 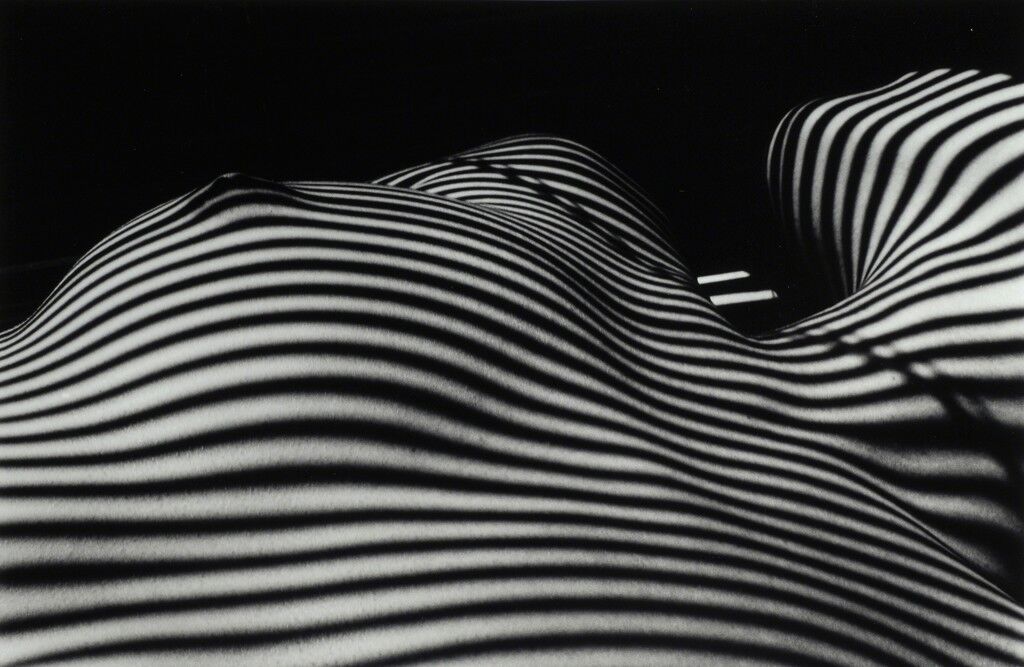 Lucien ClergueNu Zebre, New York, 2013. Odon Wagner Contemporary
He completed his doctoral studies at the University of Provence in Marseilles with a dissertation using only photographs (he finished in 1979 under the direction of none other than French literary critic and theorist Roland Barthes). The first of its kind, Clergue’s thesis proved that photography has its own unique language that is not reliant on words. It is this unique visual language that also led Edward Steichen in 1961, then director of the Department of Photography at New York’s Museum of Modern Art, to include Clergue’s work alongside the work of British photographer Bill Brandt and the Japanese-American photographer Yasuhiro Ishimoto in the fifth and final iteration of a series he curated titled “Diogenes with a Camera.” The series, which Steichen initiated in 1952, featured pioneering photographers whose works achieved unique perspectives without the assistance of tools of manipulation; as the show’s press release put it at the time, it was meant, in Steichen’s words, “to indicate photography’s contribution to the search for truth.” 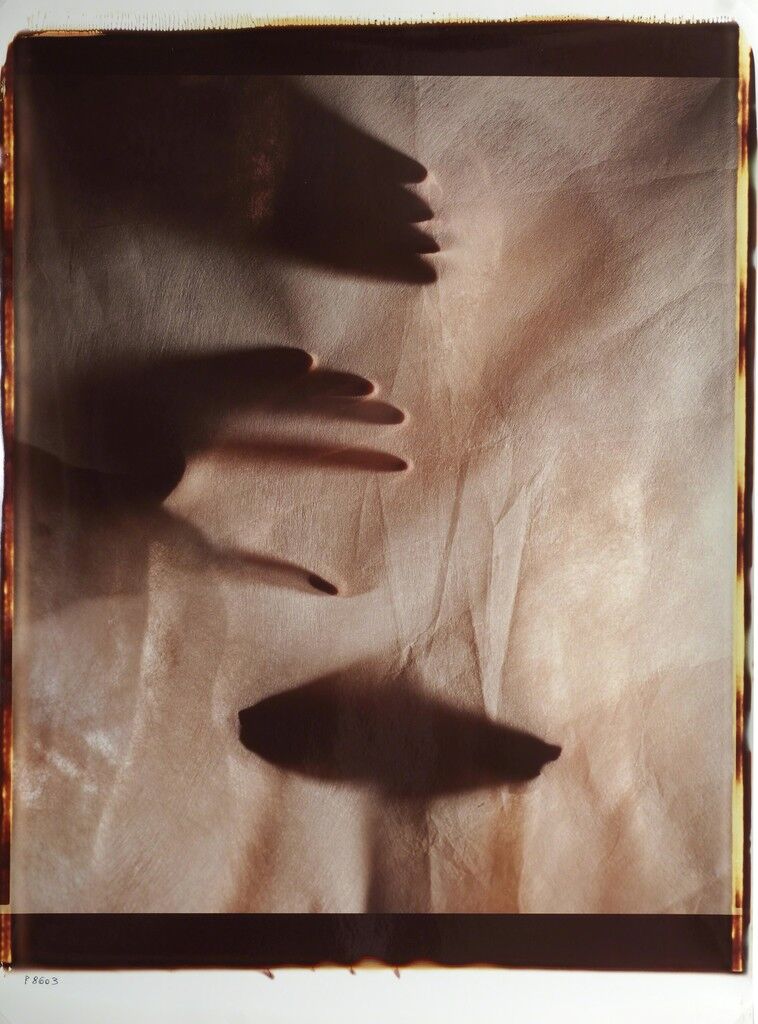 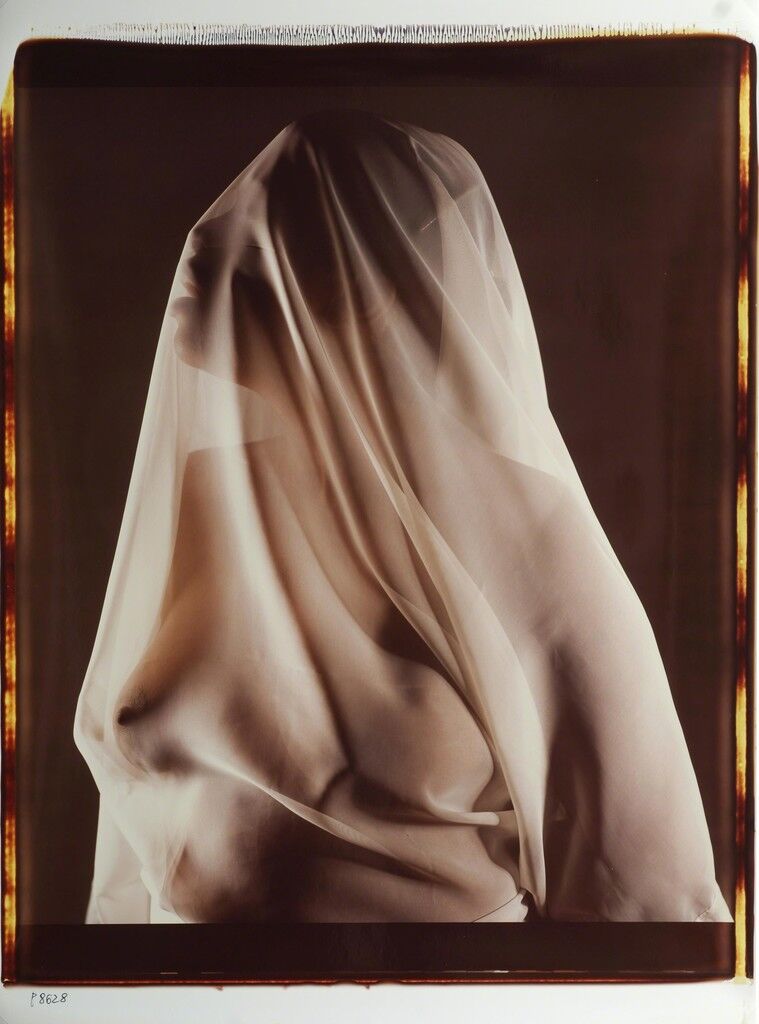 Lucien ClergueUntitled, New York, 1986. Odon Wagner Contemporary
Always shot in broad daylight, but predominantly in black and white, Clergue’s silver gelatin prints of nudes—which were published in poetry volumes by the likes of Paul Éluard and Saint-John Perse—encapsulate his unique use of light and shadow on organic forms. Clergue’s nudes read like landscapes, seamlessly melding the human figure with topographies from the natural world in such a way that they appear at once amorphous and alloyed. Rarely featuring faces and primarily focused on the female torso, draped in sheer swaths of cloth or emerging from a shroud of sea foam, Clergue’s bodies become a kind of provisional architecture that mirrors and melds with the natural world. In a sense, Clergue’s later works come full circle. Although imbued with a strong sense of vitality harnessed from living physical forms, these later images, too, possess something of his earlier works in their emphasis on fragmentation and nature.
—Grace-Yvette Gemmell
Discover more artists at Odon Wagner Contemporary.
Share