At the Breuer, the Met’s Odyssey through 550 Years of Western Art Is a Blueprint of What’s to Come 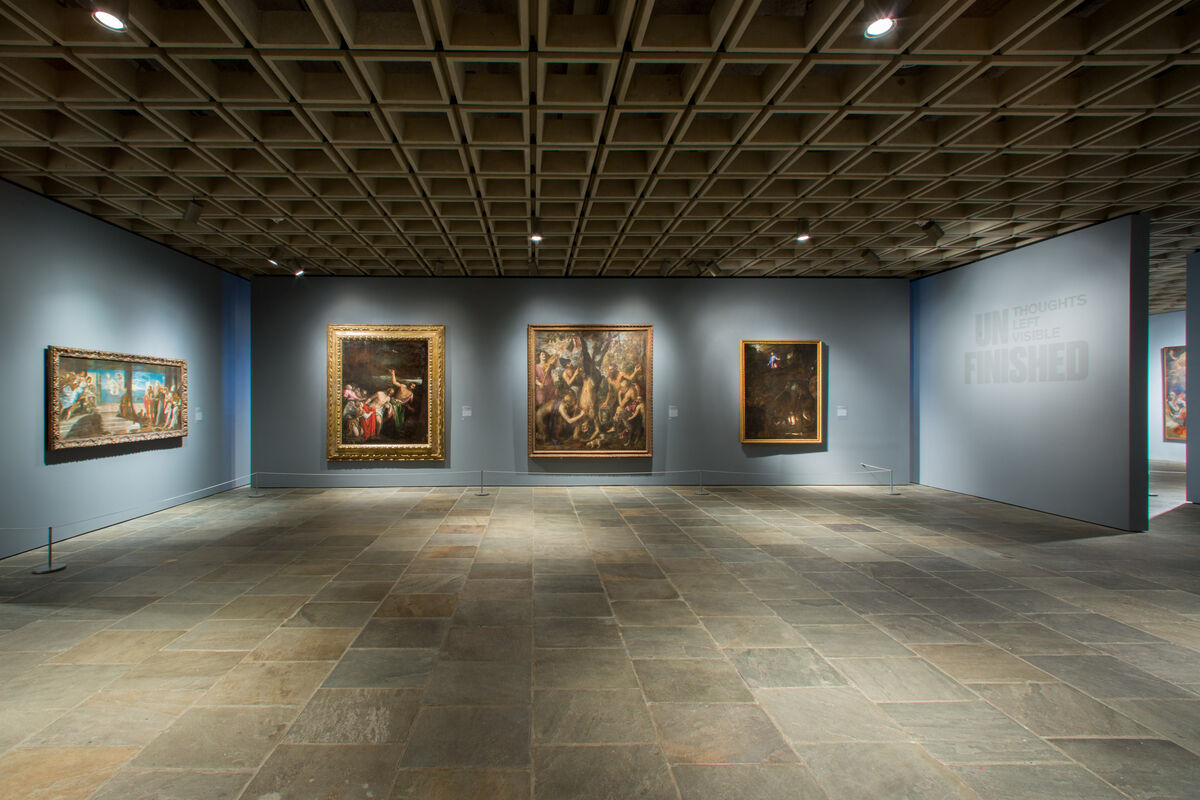 As the Metropolitan Museum of Art begins a long-awaited new chapter, with a fresh logo and a new location (the spiffed-up
Marcel Breuer
–designed former Whitney Museum), it’s fitting that the institution is launching with a blockbuster show—perhaps one of the most epic of all time—called “Unfinished: Thoughts Left Visible.” In a city full of stellar collections of modern and contemporary art, the Met, with its 5,000 years-worth of art and objects, has never quite found its own voice in telling the story of 20th- and 21st-century art. But the new Met Breuer promises to change that, offering something of an experimental outpost for an institution not necessarily known for taking risks, and “Unfinished” serves as a blueprint of what’s to come.
“I think of the Breuer building for the Met as a laboratory,” says Kelly Baum, the museum’s curator of post-war and contemporary art, who joined the team last summer. “The modern and contemporary department has changed so radically under Sheena [Wagstaff], so the building is a place for us to test what we can do. More than one person has used the word ‘frontier’ for this experience. It’s a new building for us, but there is also a programmatic freedom—we really feel like we’re part of the Met’s avant-garde.” 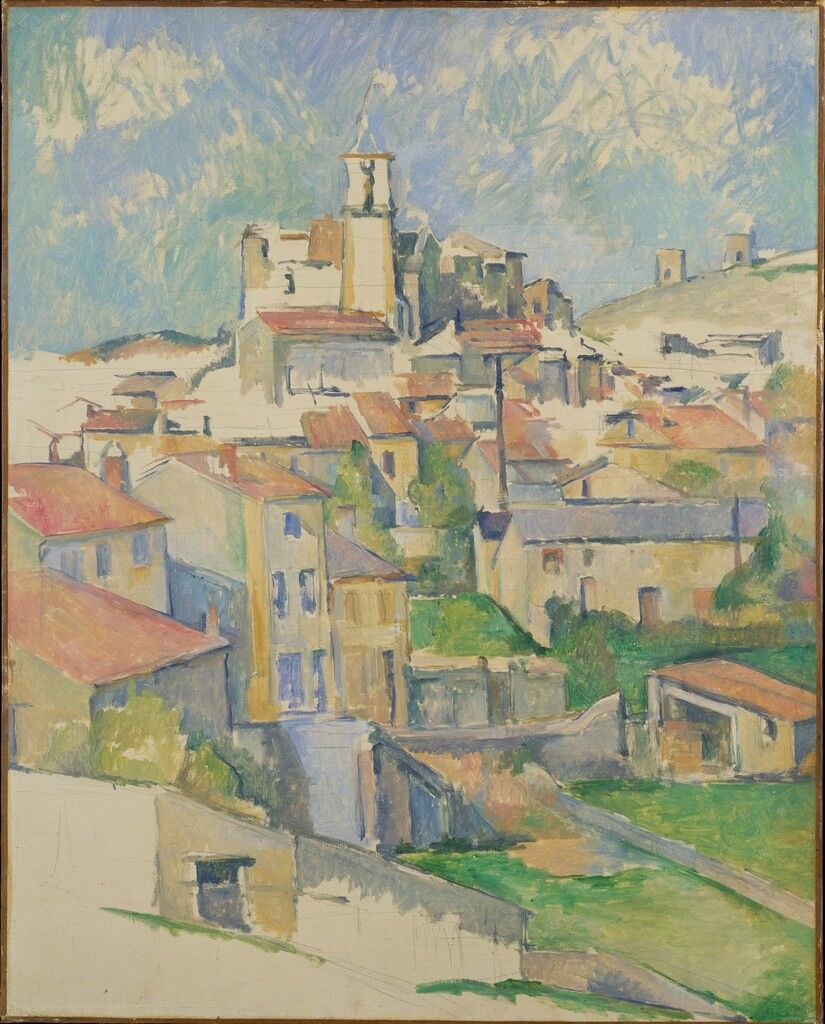 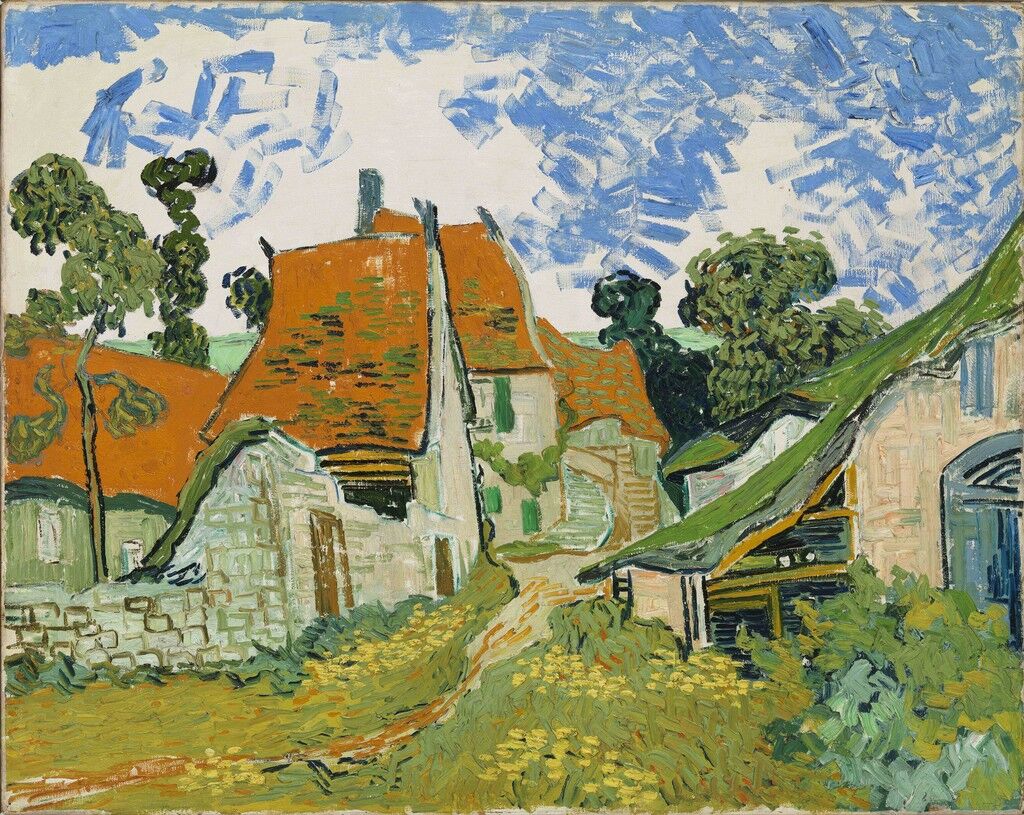 Vincent van Gogh
Street in Auvers-sur-Oise , 1890
"Unfinished: Thoughts Left Visible" at The Met Breuer, New York
Some may have expected (or hoped) that the Breuer would launch with a splashy contemporary show, but as the museum’s director, Thomas Campbell, said in his opening remarks, the team hopes to find “new points of entry” for audiences to engage with art history. The first point of entry is, of course, the building’s front door, and with “Unfinished,” the museum has done well to organize an exhibition that not only reflects its old-meets-new directive but will also draw formidable crowds. On view is an array of canonical titans spanning 550 years:
van Eyck
,
da Vinci
,
Titian
,
El Greco
,
Rembrandt
,
Turner
,
Cézanne
,
Picasso
,
de Kooning
,
Pollock
,
Warhol
,
Hesse
,
Twombly
,
Smithson
,
Bourgeois
,
Basquiat
,
Richter
,
Dumas
—the list goes on and on. Their works here on display are all, the curators explain in the catalog and wall text, in some stage of incompletion.
Mercifully, “Unfinished” is not comprised only of works that artists never got around to completing (although a fraction do fit that bill, and their labels identify them as such with a half-shaded square). Nor is the exhibition focused on the perennial question of how artists know when to put down their brushes (or other tools). Rather, what’s key here is that starting in the
Renaissance
, a “non-finito” look, seen in the incomplete works of artists like
Michelangelo
, eventually became adapted as a key aesthetic, and has, for centuries, from Titian through
Impressionism
up to post-war and contemporary work, shaped art-making. 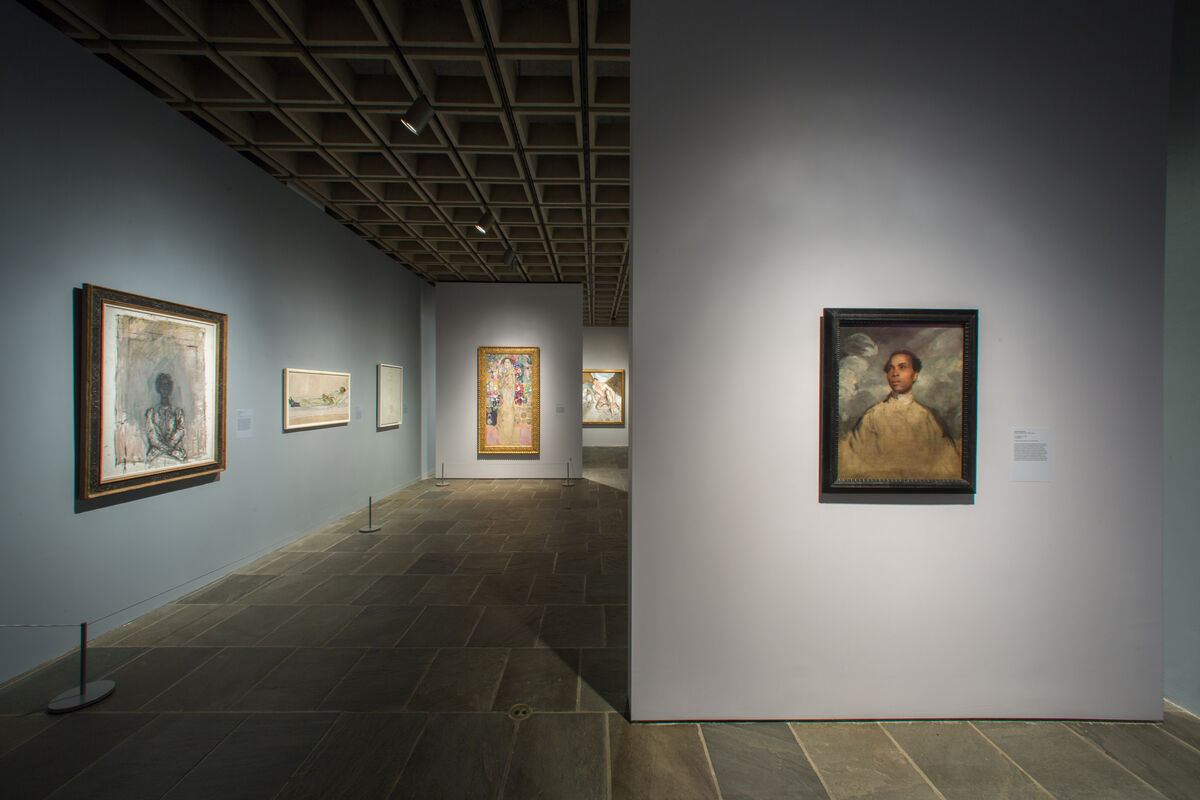 Advertisement
Titian used a looser, more abstract brushstroke that gave an unfinished quality to highly expressive effect, while
Rodin
, upon viewing Michelangelo’s uncompleted sculptures, recognized the emotional power of leaving visible the emergence of form from raw material. Dumas’s intense portrait of her daughter, The Painter (1994)—with its ghostly, unfinished face and feet—is all the more powerful in its sketchy rawness, as is de Kooning’s Woman, I (1950–51), which hangs next to it on the Breuer’s fourth floor.
Some of the works on view are in the process of coming undone, as in Zoe Leonard’s stitched-together, decomposing orange peels, or
Janine Antoni
’s 1993 Lick and Lather, self-portrait busts cast from chocolate and soap, unstable materials that have continued to disintegrate decades after the artist “finished” the works. “Sometimes unfinishedness has bearing on how a work is executed, sometimes it has bearing on content,” says Baum. “But we wanted to make some counterintuitive choices.” 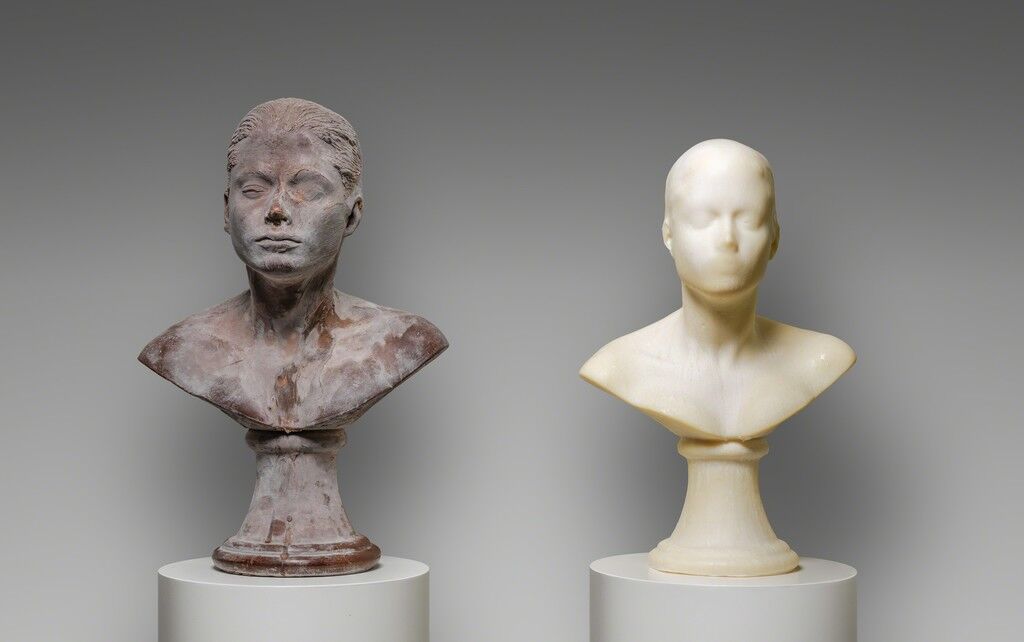 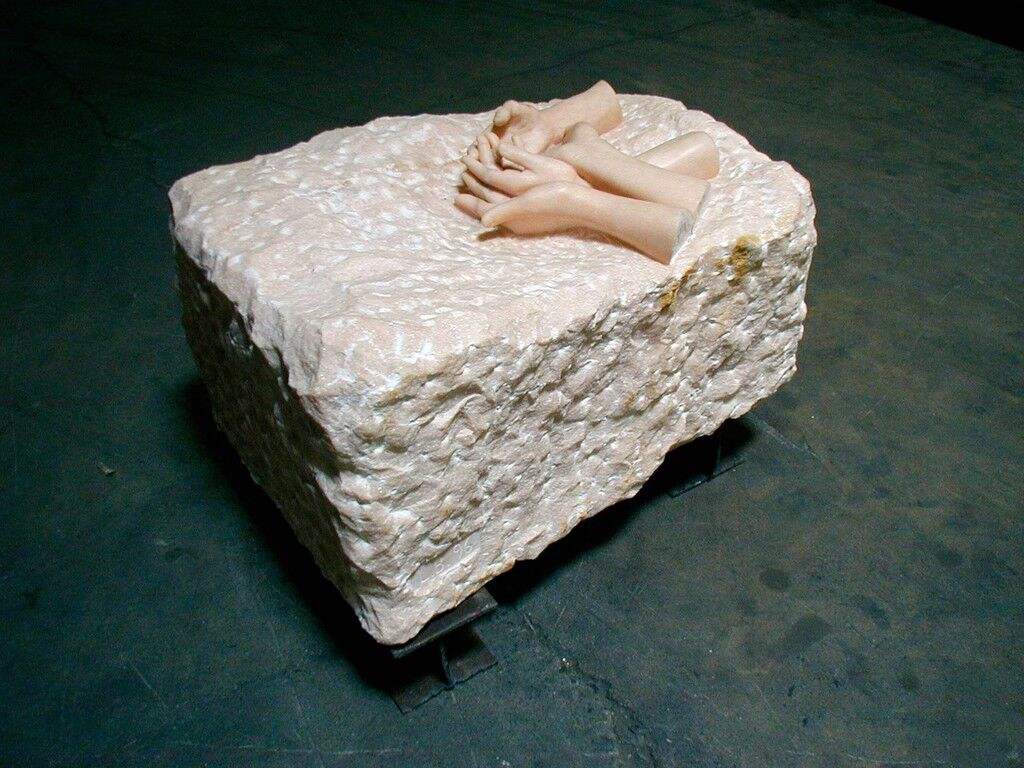 Louise Bourgeois
Untitled (No. 2), 1996
"Unfinished: Thoughts Left Visible" at The Met Breuer, New York
If one wonders why those choices didn’t lead to the integration of non-Western artists into this expansive telling of art history, particularly when Wagstaff has made clear her intent to expand her department’s geographic reach, the answer lies in “unfinishedness” as a concept lending itself better to the West. “When we talked about the notion of unfinished in Asian art—going way back to the dynasties, or when we are talking about some of the oldest African art, the idea of being finished or unfinished had a very different resonance,” says Wagstaff on this point. “The parameters became too wide.”  (The Met Breuer also launches with a beautiful concurrent solo show of the work of Indian modernist
Nasreen Mohamedi
on the building’s second floor, which goes some way to correcting this imbalance).
As it stands, “Unfinished” is more or less divided between pre-Picasso and post-Picasso, with the 1435-to-1900 group on one floor, and the 1900-to-the-present on another, with some exceptions to those rules. Emerging from the elevator into galleries that are painted a dark gray and full of Old Masters, one more extraordinary than the next, the hard edges and tight geometry of Breuer’s gridded concrete ceiling and stone tile floors make an unfamiliar backdrop to the Renaissance. But the former Whitney’s walls serve as a reminder that many of these Old Masters—Titian, Rembrandt, Courbet, and Turner come to mind—were pretty radical in their own time. 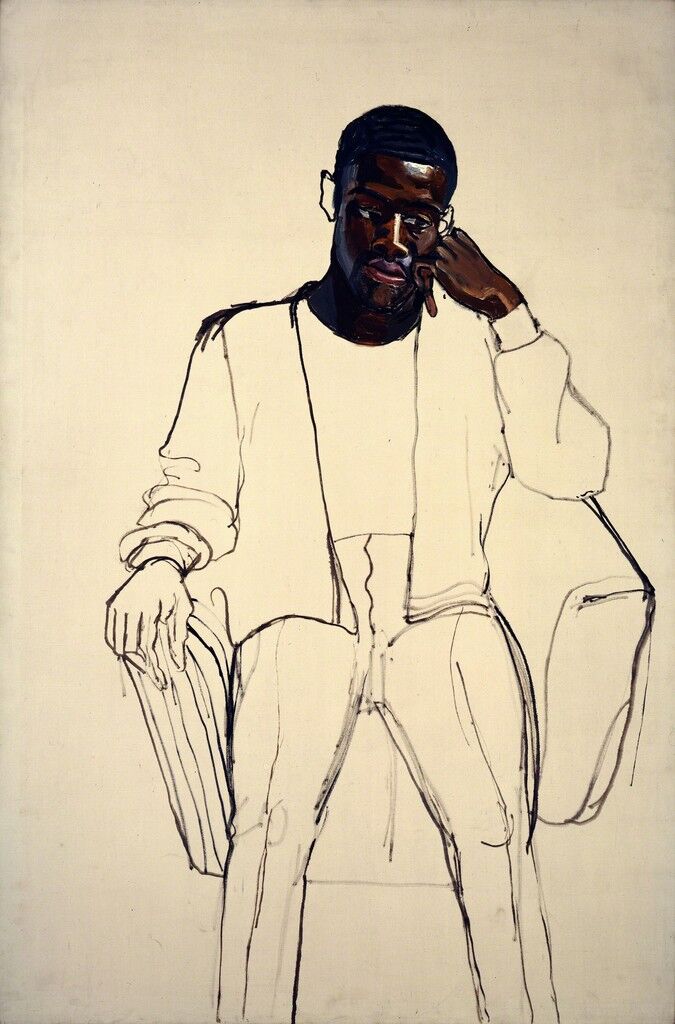 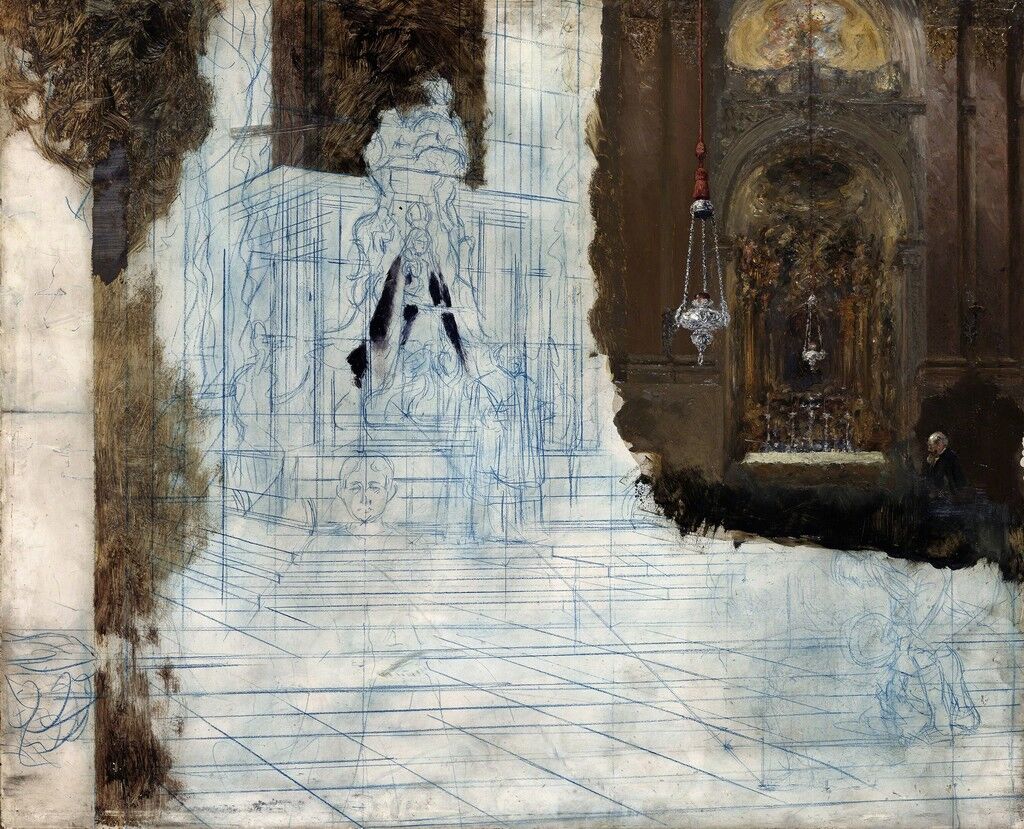 Adolph Menzel
Altar in a Baroque Church, 1880-1890
"Unfinished: Thoughts Left Visible" at The Met Breuer, New York
There are few moments where older and more recent works directly co-mingle, but when they do, it puts into dramatic relief the kind of thrilling and generative juxtapositions the Met has the ability to make. A powerful grouping of sculptures by Rodin (1906–07),
Medardo Rosso
(ca. 1906), Bourgeois (1996),
Bruce Nauman
(1996), and
Alina Szapocznikow
(1971), for instance, demonstrates shared concerns with capturing, paradoxically, an ephemeral state set in stone. Frozen in the process of coming into being, the works convey the profound contingence at the core of the human condition.
One of the post-war showstoppers is
Alice Neel
’s unfinished 1965 portrait, James Hunter Black Draftee, which depicts a black man about to be shipped off to Vietnam. It’s only finished from the neck up because he never returned to her studio for an additional sitting. It hangs near a 1927 painting of a woman by
Juan Gris
, similarly completed only from the neck up. Both images, so poignant with their haunting, partially wrought bodies, might make you wonder why artists ever complete their paintings. 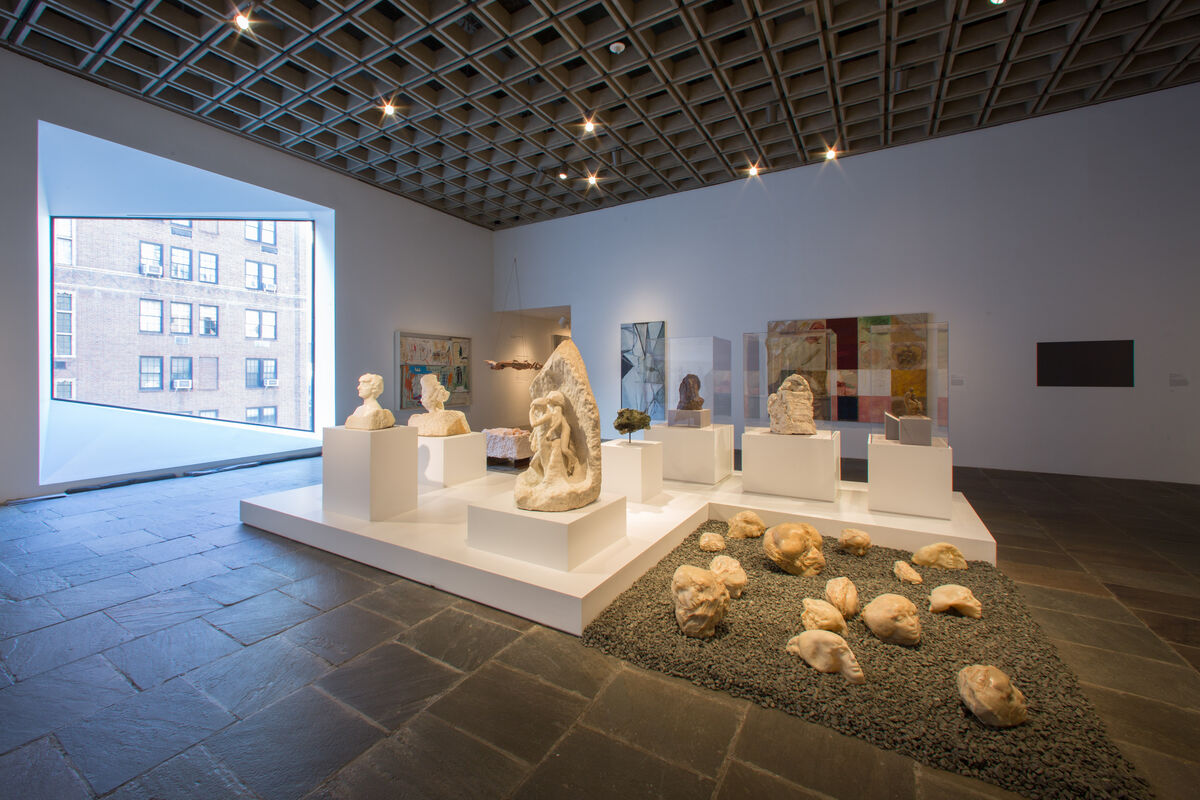 At times, the parade of masterpieces in “Unfinished” feels excessive, and it’s hard to imagine how the Met will top this grouping of incredible loans (only roughly one third of the works on view came from within the Met’s collection). But Wagstaff makes clear that we can expect more of these cross-departmental extravaganzas. “We are already hard at work on another exhibition that we are planning for the following year that began with a roundtable with seven departments, from Greek and Roman up to the present,” she says.
Maybe the key here is to return repeatedly. “Unfinished” would certainly benefit from multiple viewings. Fortunately for us, the Breuer’s galleries feel refreshingly accessible, particularly when compared with the journey through the labyrinth of rooms required to reach the museum’s 20th-century galleries on Fifth Avenue, which remain in use. In the end, the Breuer succeeds as a welcome “new entry point” into the monumental repository of art that is the Met.
Meredith Mendelsohn
“Unfinished: Thoughts Left Visible” is on view at the Met Breuer, New York, Mar. 18–Sep. 4, 2016.
Related Stories