Artsy Editors
Jul 7, 2015 3:20pm
It’s an interesting comparison, especially in the art world, as wunderkammer—literally “wonder chambers,” a concept that originated in mid-16th-century Europe—are often considered the precursors to modern museums. Before public collections, the artistically minded sometimes kept cabinets filled with exotic objects and natural specimens, hand-drawn maps and diagrams, artistic illustrations and personal artifacts. “Le Choix du signe,” though rendered on a larger scale, follows in the same tradition. Simeti’s exhibition features works both old and new, and somewhere in between: small-scale canvas works, singed envelopes, and collages of burnt paper on canvas, as in Composizone (1961). 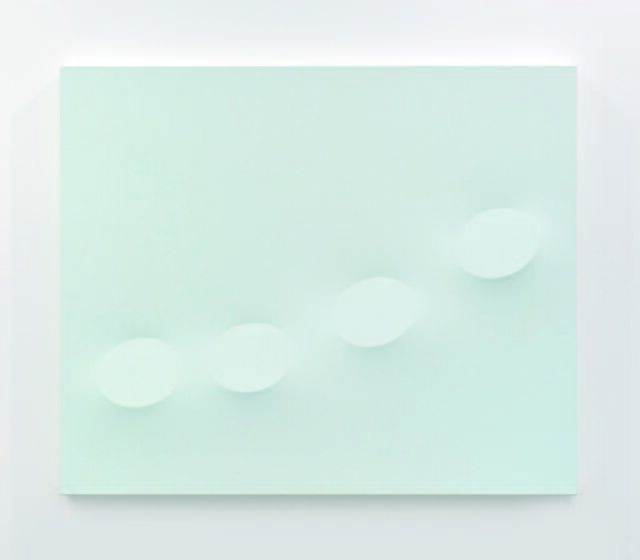 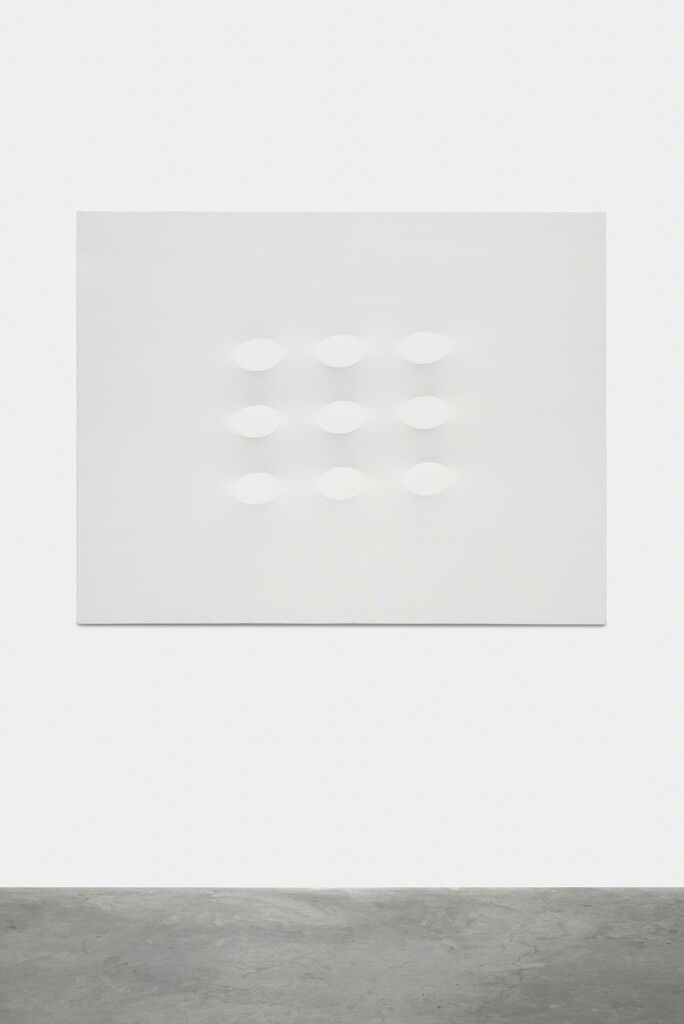 Turi Simeti
Nove ovali bianchi, 2015
Almine Rech
The cabinet of curiosities is a fitting format for an artist with a career as long as Simeti’s. Now 85-years-old, he was born in Alcamo, Sicily. In the 1950s and ’60s, he was a key member of the Italian branch of Zero, the post-World War II movement to advance peace and optimism through art, in part through the use of
monochromatic abstraction
. It was during this time that Simeti established himself as a
minimalist
painter in his native Italy, developing his signature oval motif. 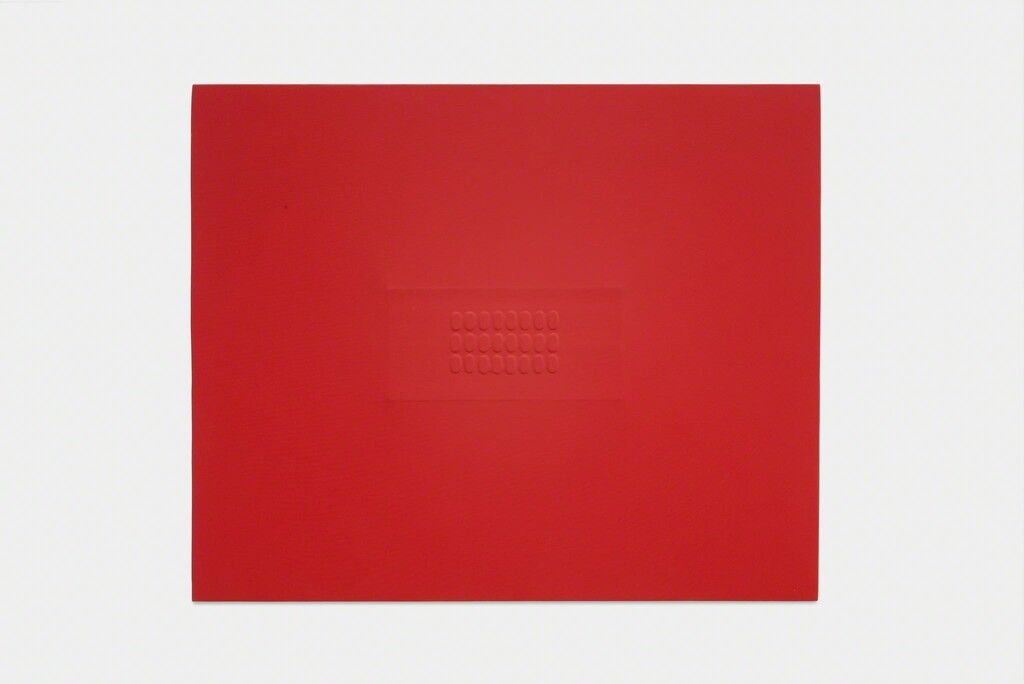 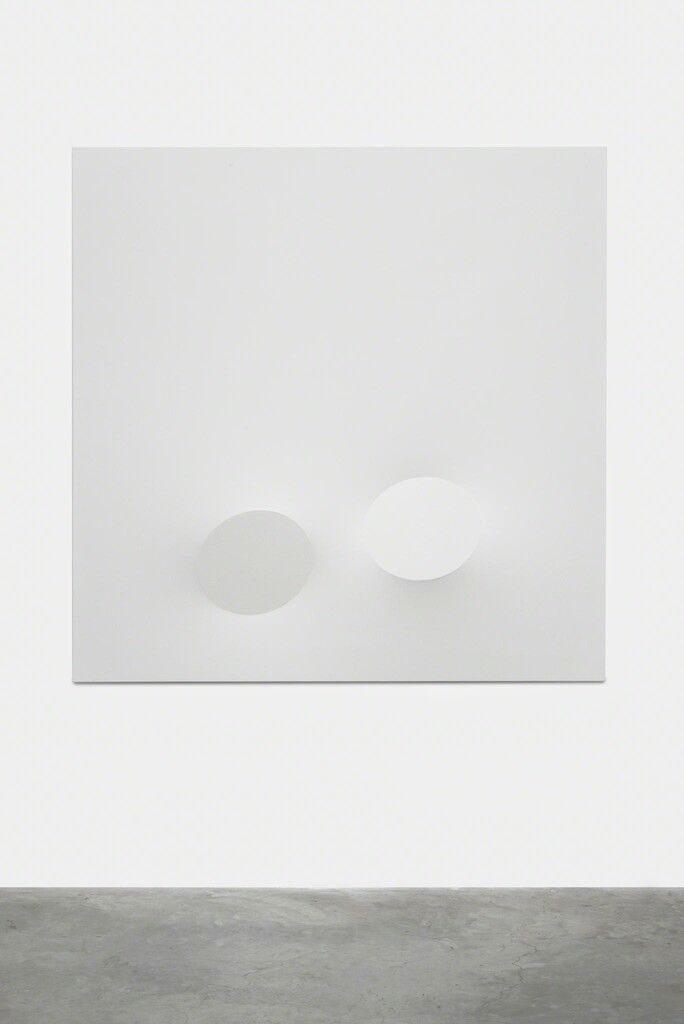 Turi Simeti
Due ovali bianchi, 2015
Almine Rech
Advertisement
The oval appeared continually in his work for decades to follow, either as a relatively solitary shape or as part of a more intricate pattern. It’s a motif that’s well-represented in the current exhibition, both in pieces from his early career—like Ventiquattro ovali rossi (1967) and Quaranta ovali verdi (1966)—and in the works he has just completed this year, like Due ovali bianchi (2015) and Sei ovali gialli (2015). But as Carron observes, what we’re viewing isn’t actually an oval—it’s the absence of an oval. “In his 1962 piece 108 ovali neri,” writes Carron, “the oval becomes a pattern and it is repeated on the canvas several times, filling it completely. The exhibition is, however, centered on the disappearance of the oval... the tension created by the oval is the defining element of the spatial experiment in the exhibition.” 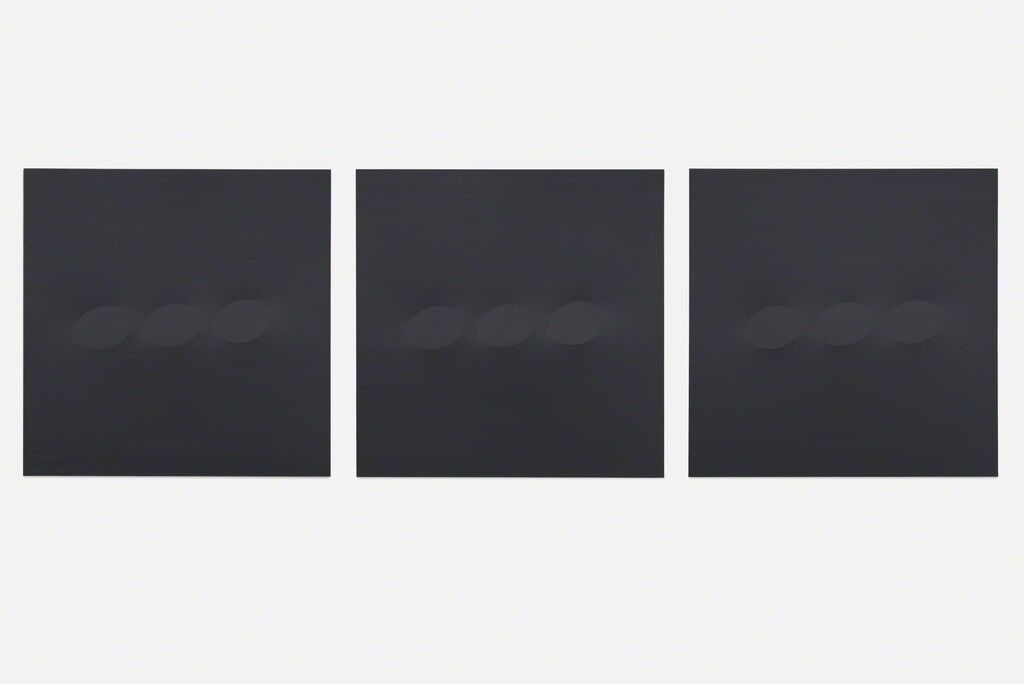 Turi Simeti
Trittico grigio, 2015
Almine Rech
A trick of the eye and a challenge to the senses, “Le Choix du signe” is a collection of separate but related works, the near-culmination of a career inspired by the aftermath of war. An intriguing subject, indeed, for a cabinet of curiosities that represents more than five decades of an artist’s life.
—Bridget Gleeson
“Le Choix du signe” is on view at Almine Rech, Brussels, May 28–Jul. 25, 2015.
Follow Almine Rech on Artsy.
Related Stories