The New Dealers to Watch at Independent

Artsy Editors
Mar 1, 2016 4:29pm
On Thursday, Independent inaugurates its seventh edition, this time in a new TriBeCa home, Spring Studios. Forty-four galleries from nine countries participate in the fair this year. And despite the fact that the fair’s new space required a slimming down of its exhibitor list, they still managed to bring six new dealers into the fold for 2016. “Every year we try to have a certain amount of new galleries, to rotate in fresh perspectives,” said director Laura Mitterrand.
In the past, those galleries have set up shop right alongside Independent standbys like Gavin Brown’s enterprise and Peres Projects. Thanks to their change in venue this year, however, Mitterrand and her team decided to pull those fresh faces out into a special section on the building’s ground floor, Independent Firsts. “They’re not necessarily young galleries,” said Mitterrand of the selection, which “developed organically” with galleries “coming from all different backgrounds.” Ahead of the fair, we caught up with the lot to find out what they have in store for fairgoers this week. 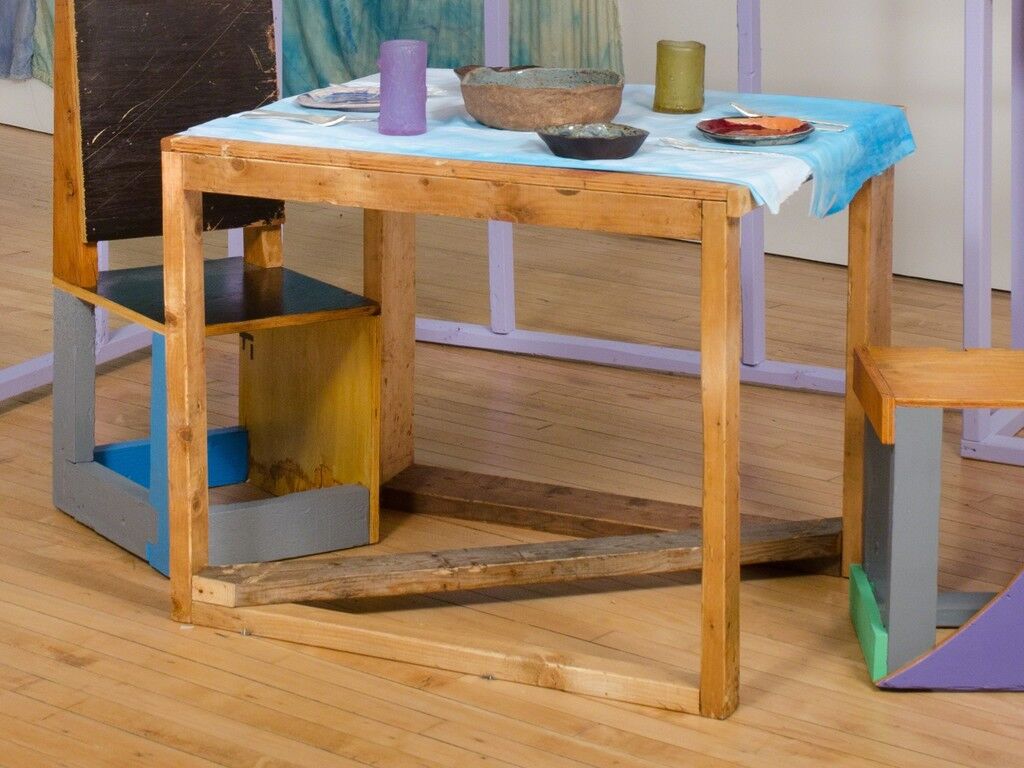 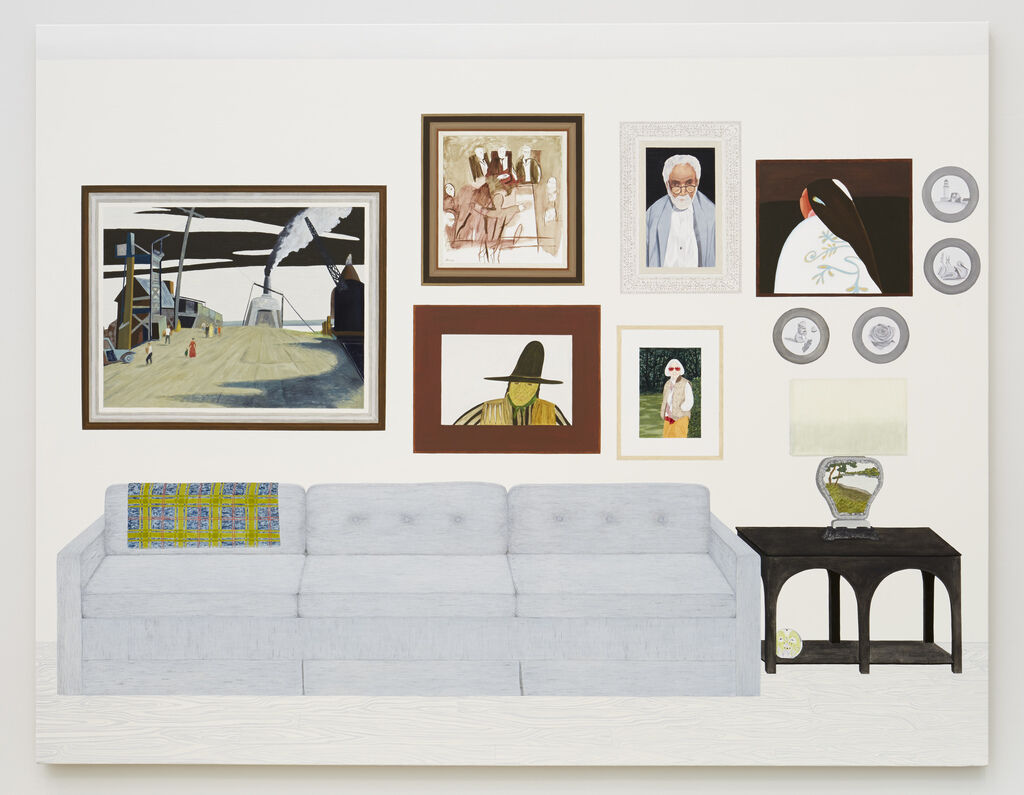 Becky Suss
Living Room (six paintings, four plates), 2015
Fleisher/Ollman
Advertisement
Fleisher/Ollman has a 60-year history of fostering “self-taught” (often deemed outsider) art. According to director Alex Baker, the gallery was one of the first to organize major exhibitions of work by artists such as
Henry Darger
, Sister Gertrude Morgan, and
Bill Traylor
, as well as publish early catalogues on
William Edmondson
and
Joseph Yoakum
. In recent years, Baker notes, “the gallery’s emphasis has shifted toward the exhibition of contemporary artists whose work resonates with the self-taught.”

At Independent, the gallery will use Living Room (six paintings, four plates) (2015), a
Becky Suss
painting of her grandparent’s art collection, as a jumping-off point for a grouping of self-taught artists—Yoakum,
James Castle
,
Eugene Von Bruenchenhein
, Burlon Craig, and
Julian Martin
—whose work would have fit the socially conscious character of Suss’s collection. Fleisher/Ollman’s presentation will also feature collaborative furniture and paintings from
Chris Johanson and Johanna Jackson
. Baker says he views Independent as “a platform to underscore our commitment to an emerging artist like Becky Suss, while also enabling us to highlight the symbiotic relationship between the contemporary and the self-taught.”

Chapter NY was initially conceived as a weekend-only project while founder Nicole Russo was also serving as director at New York’s Mitchell-Innes & Nash. However, Russo confides that within a year she had realized “how much I loved running my own space,” and in January of 2015, she left Chelsea to manage Chapter NY full-time. “I find the whole process of developing a program exciting and rewarding,” Russo said. “In the past two years I’ve gotten to work with so many fantastic artists, building new relationships and expanding on existing ones.”

Russo will present works by
Mira Dancy
and
Paul Heyer
, who have exhibited previously at the gallery, and
Jesse Stecklow
, whose first show with the gallery opens in May. Dancy, known for bold, expressive female nudes, will unveil several new paintings alongside site-specific window vinyls that will be visible from the street. Heyer’s new paintings juxtapose “bold blank spaces” with “the colorful density within his recurring floral motifs,” Russo says. Rounding out Chapter NY’s presentation are Stecklow’s mise-en-scène sculptures, based on the 1952 film Singin’ in the Rain and the 1982 play Noises Off. “I’ve always enjoyed visiting Independent, which successfully plays against the traditional fair model,” says Russo. “It’s a great opportunity to continue conversations and start new ones.” 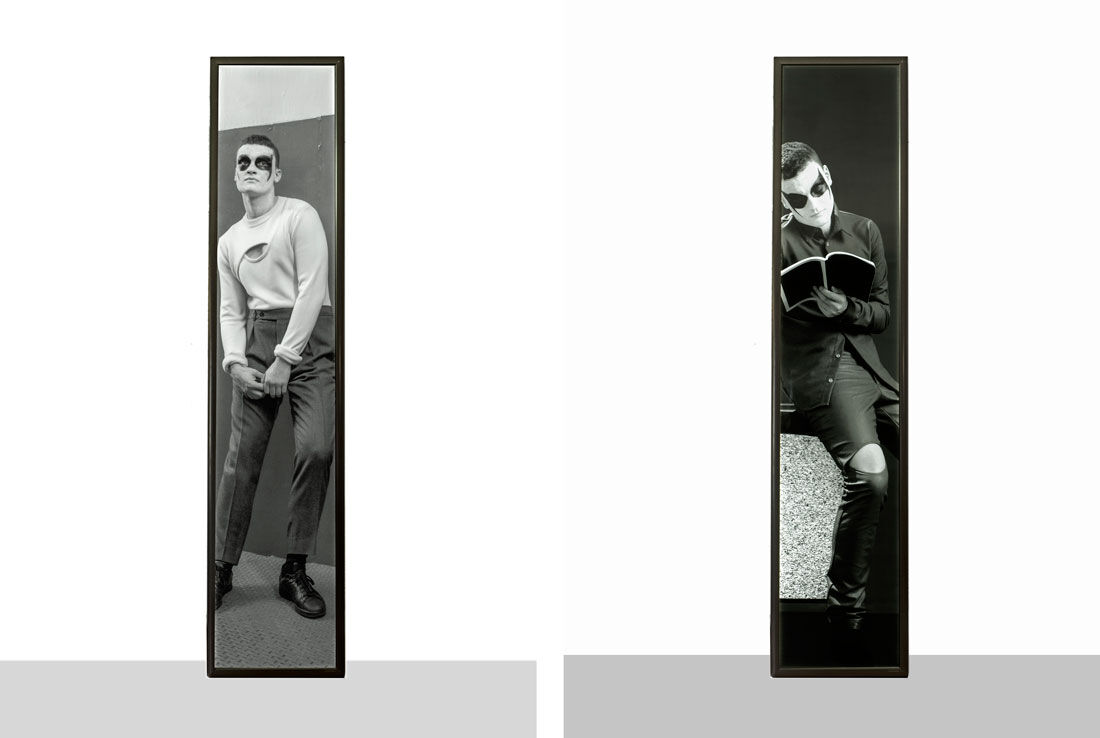 “Most of our artists have tendencies and approaches beyond what is in vogue, and I am happy to consider the artists of the gallery close friends,” says Esperanza Rosales, the New York-born founder of Oslo’s VI, VII gallery (pronounced “Sixes and Sevens,” like the British idiom for disarray). Now in its fourth year, the gallery is known for fostering up-and-coming Norwegian artists as well as corralling international names onto Norwegian soil—like Brooklyn-based artist
James Hoff
, whose first solo exhibition in Europe inaugurated the gallery, tucked beneath a former congregational hall built circa 1913, in 2012.

At Independent, the gallery will present new works by
Than Hussein Clark
and Kulisek/Lieske, the latter of which is a new collaborative project by
David Lieske
and Rob Kulisek making its art-fair debut. “The fair draws highly selective viewers that are receptive to emerging artists and new collaborations, and this is exactly the kind of audience that our presentation speaks to,” Rosales says. For Hussein Clark, the fair presents an opportunity to experience the young artist’s work ahead of his solo exhibition at the Frans Hals Museum in Haarlem, The Netherlands, later this month, as well as a solo presentation at MIT’s List Visual Arts Center later this year with
Villa Design Group
(of which he’s a founding member).
The booth will also include previously unreleased recordings by Kulisek/Lieske “inspired by the sounds of early black metal,” as well as an electronic catalogue housing the full text transcripts of
Lars Laumann
’s films. “I’ve worked with David for several years and it has been a dream to see his and Rob’s collaboration come to light,” adds Rosales. “I feel there is nothing that they cannot do, and like Than, the professional community has to see their works now.”

Hailing from Berlin, Silberkuppe was co-founded by Dominic Eichler and Michel Ziegler in 2008. The pair try not to speak for their roster, which includes
Tobias Kaspar
,
Anna Ostoya
, and Adam Linder, among others. “We put the art and the artists we show ahead of the idea of the gallery itself,” they say.

The gallery is taking a multi-generational, transcontinental approach to the fair. At the young end of the spectrum is Australian artist
Gerry Bibby
(born in 1977), whose work spans installation to written word. The middle ground is held by German neo-conceptual artist
Thomas Locher
,
who is turning 60 this year
. And rounding out the trio is the late American photographer Phel Steinmetz (1944–2013), who, though primarily self-taught, spent time working with
Ansel Adams
and
Wynn Bullock
at the tail end of the 1960s. It will be exciting to see how the works speak to each other through time, given that Zigler and Eichler note the pieces are all concerned with the relationship between “formal decisions and language.” 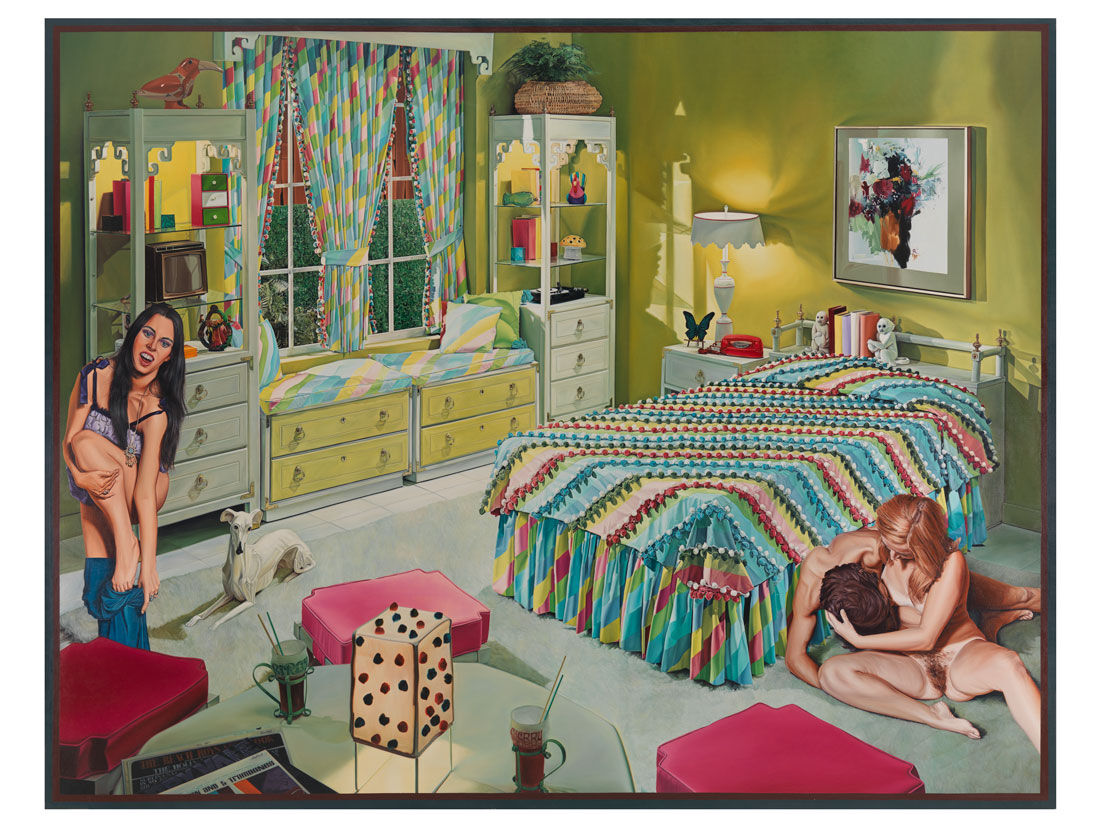 Chelsea’s Garth Greenan Gallery was founded in 2013, following Greenan’s purchase and subsequent rebranding of Gary Snyder Gallery, where he was formerly co-owner and director. Today, the gallery prides itself upon the support of artists whose work warrants more widespread attention—89-year-old painter
Rosalyn Drexler
, 72-year-old artist Howardena Pindell, and the late Paul Feeley among them.

At this year’s edition of Independent, the gallery will show Ohio-born painter
Mark Greenwold
’s “cult masterpiece” Bright Promise (for Simon) (1971–75), a seven-foot-tall painting foretelling a threesome amongst a meticulously detailed bedroom. (The twin bedspread, bespeckled with some 1,2000 pompoms, reportedly took Greenwold a year alone to paint.) “It is one of only three paintings that the artist made during the early to mid-1970s and the one most frequently censored,” says associate director Alison Dillulio, who notes that it’s Independent’s focus on curatorial projects and site-specificity that drew the gallery to the fair. “It’s huge—in terms of both size and content,” she adds of the work, “and has been shown only three times since it was painted.”

Mitchell Algus first opened his eponymous gallery over two decades ago on SoHo’s Thompson Street. Since then, he has operated spaces throughout Manhattan—first in Chelsea and now on the Lower East Side—all while maintaining a program committed to unearthing under-appreciated artists. As examples of artists he has brought to attention, Algus points to shows featuring
Lee Lozano
,
Judith Bernstein
,
Nicholas Krushenick
,
Martha Wilson
, and
Betty Tompkins
—artists whose work has gone on to influence the contemporary scene.

For his debut at Independent, Algus shows paintings and drawings by
Agustin Fernandez
, a talented but relatively unknown Cuban artist and expat who passed away in 2006. “Fernandez developed an elegant mix of surrealism, eroticism, and abstraction that feels prescient given current concerns,” Algus says. It’s not surprising that a gallery with such a mission-driven program is showing at Independent. After all, as Algus says, the fair always “conveys a palpable sense of community rather than merely commerce,” providing the perfect environment to introduce himself to a broader audience beyond well-heeled New York art-worlders.
Artsy Editors
Explore Independent on Artsy.
Further reading in Art Market