The New Orleans Photographer Who Captured the City before Katrina 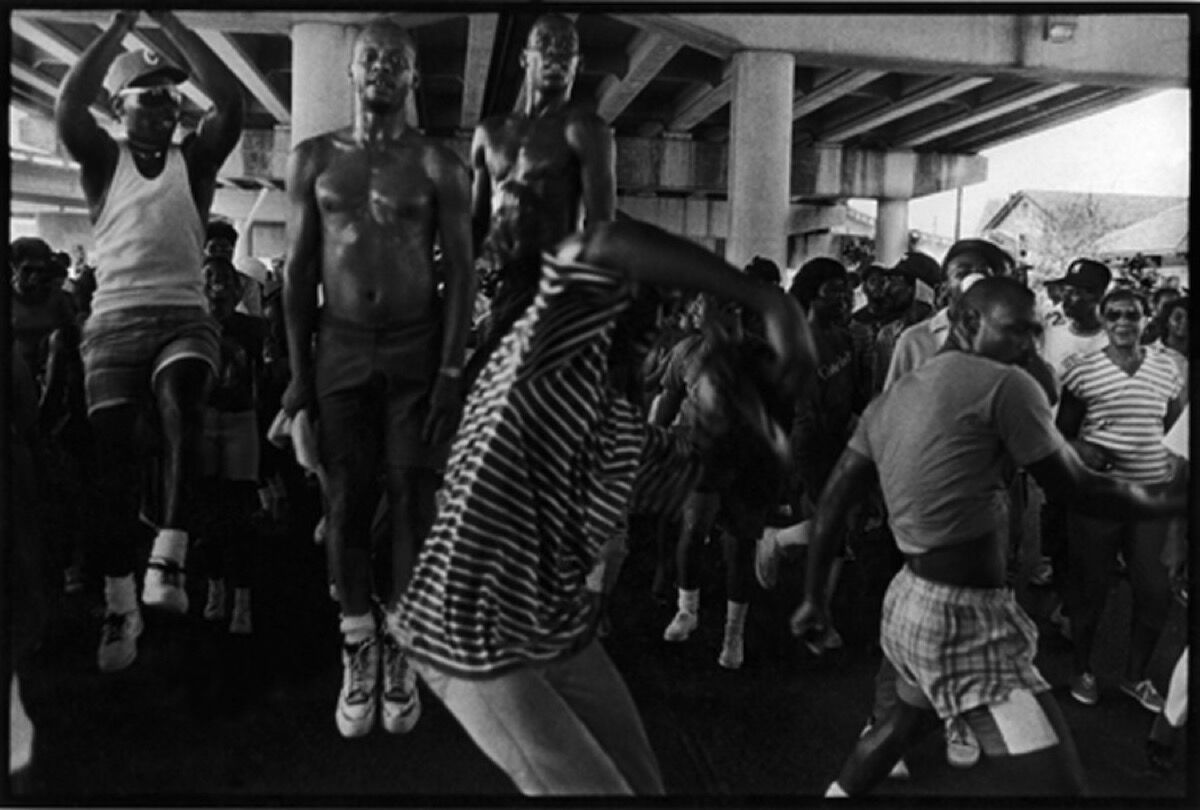 Chandra McCormick, Ascension. “The Furious 5 is a social and pleasure club in New Orleans. The five guys in front dancing are known for springing up in mid-air. Sometimes all five of them are in mid-air. They remind me of the Maasai Warriors of Africa. I wanted to capture them to show the resilience of our culture."

When told today, the story of New Orleans often begins with Hurricane Katrina. For a city so mythologized, the narrative of destruction and rebirth is a tempting tale. It’s a narrative I am certainly guilty of weaving myself. The photography of
Chandra McCormick
, a lifelong resident of the Lower Ninth Ward, offers another starting point. Working with her husband
Keith Calhoun
, McCormick has for decades taken photographs dedicated to “preserving culture, memory, and considering the ideas of family,” as scholar Deborah Willis put it in a discussion of the artists’ work at Pratt Institute in 2012. Underpinning her practice is a fervent attention to the individuals who together constitute the story of New Orleans. Her lens is not one of an outsider or a scholastic ethnographer—it is that of someone who is a living, breathing part of a community that is also her subject.
“All of the work that I had been doing here before Katrina couldn’t be about New Orleans without the people,” McCormick told me over the phone. And in many of her images, the people are dancing. “Music is something that means a lot here—we eat it, drink it, sleep it,” she says. One of her images, Ascension (1988), captures a group of people jumping in the air as they dance. “The furious five,” McCormick calls them. “I really admired their dancing a lot,” she added in an email. “They remind me of the Maasai warriors of Africa. I wanted to capture them to show the resilience of our culture.”

6 Images
View Slideshow
But the city has changed since McCormick took her early images. In one photograph, she captures children from the Desire Housing Project in New Orleans on their way to school. Located in the Upper Ninth Ward, by the 1960s the complex housed over 13,000 residents in 1,860 apartments located on less than 100 acres of land. It became the site of political resistance as an offshoot of the Black Panthers began to organize residents. After years of neglect, the project was demolished in several stages between 1996 and 2001. “What I really love about that image and what I remember from those days is that, you know, even in public housing every morning those kids could pass a fruit truck,” McCormick told me. Now, some parts of New Orleans are food deserts, without a grocery store within a mile. But back then, “there was a fruit peddler right there, and he had everything you might want to eat.”
Like many of her photographs, Going To School is marked and damaged, further evidence of Hurricane Katrina’s impact. McCormick and Calhoun’s home, located on the corner of Chartres and Flood streets, was inundated by seawater when the hurricane struck in 2005. Nearly two thirds of their work was effected—and all of it might have been lost had their son not urged the pair to stop throwing away the waterlogged images. “I think we came back to New Orleans with the idea of being prepared to not have anything left,” McCormick said. Once it became clear the work wasn’t entirely lost, “we felt blessed that there was actually something.” The swirls of color caused by contact with water, well, McCormick says, “that’s just bursting out of the colors that were already in the images.” 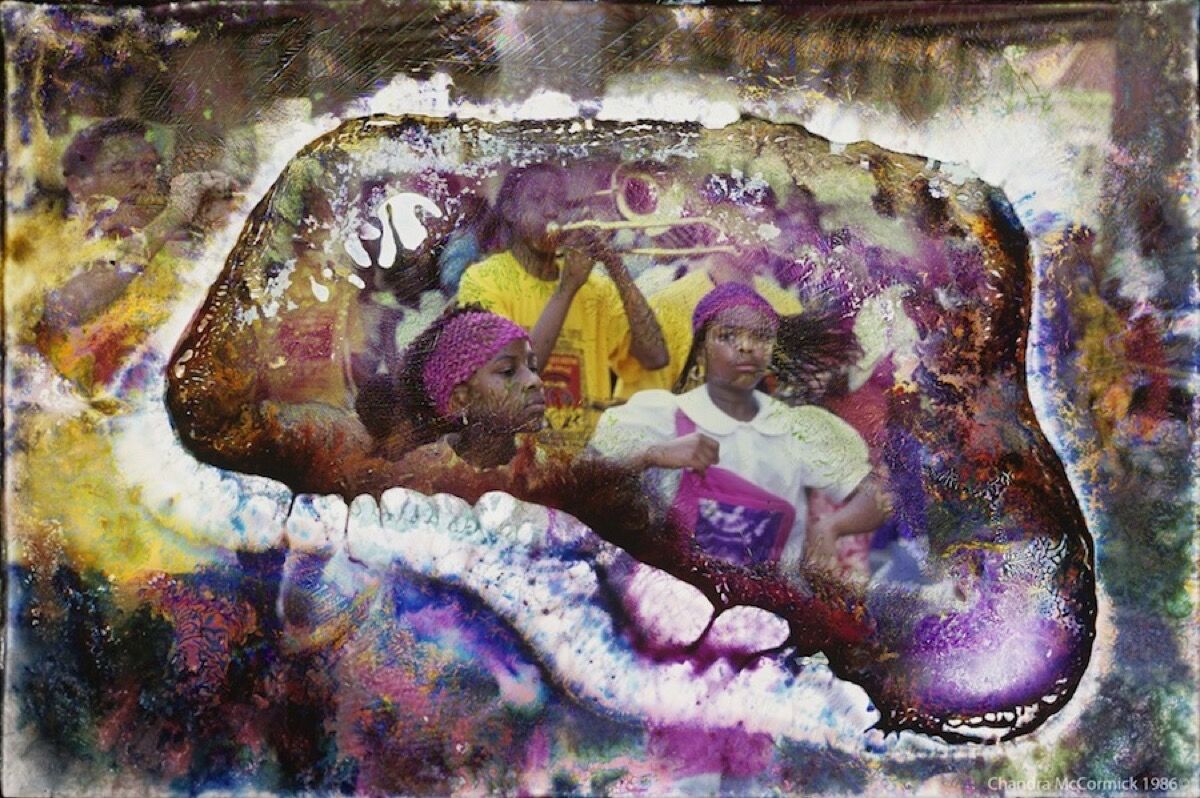 Chandra McCormick, Pink Pride. “This image was made before Hurricane Katrina. It is the Tambourine & Fan club's annual parade and features Troy ‘Trombone Shorty’ Andrews.”

Advertisement
In the aftermath of the storm, McCormick and Calhoun founded the L9 Center for the Arts, the only arts nonprofit in the Lower Ninth Ward. But much of what else has occurred since Katrina has been less positive for the local community. There has been rapid privatization of public services (primarily public schools) and displacement of the city’s African-American population amid gentrification. To McCormick, this is about more than real estate—it’s about the very essence of New Orleans. Even as outsiders flock to the city for its charm and heritage, they often work to counter what makes the city singular, making noise complaints or expecting national chains instead of local ones. McCormick laments the changes but finds a beat of optimism for a city that possesses “a resilient culture that is going to be perpetuated by some no matter what.” Ultimately, she says, “I’m just happy to have been around a lot of those people, and that they were able to let me share some of the experiences in their lives.”
Isaac Kaplan is an Associate Editor at Artsy.
Related Stories