The New Photorealists and Their Place in Contemporary Painting

Artsy Editors
Jun 1, 2015 1:34pm
Photorealism
holds a unique space in contemporary art. The painstaking, virtuosic painting style feels out of place sometimes in our digital age of quick and easy photographic reproduction. But it is precisely this conflict that makes it important. Utilizing extreme precision to handcraft extremely realistic images allows artists to explore the conventions of and assumptions of painting and photography simultaneously—celebrating and undermining the mediums entwined legacies.
The photorealist movement, which came to prominence in the United States in the 1960s and ’70s, has long had a conflicted relationship with the art world. Early practitioners explored mass media concurrently with
Pop art
, but in a radically differently manner. The style bumped up against the continued fascination with both gestural and geometric abstraction, and with
minimalism
. Commonly misunderstood, photorealism has been confused for
trompe l’oeil
and is often considered redundant relative to photography itself. Early photorealist innovators such as
Richard Estes
,
Carolyn Brady
, and
Chuck Close
developed techniques that remain vital today, in dialogue with shifting art trends and photography’s expansion due to the hyper-accessibility of smartphone cameras.
Since coining the term in 1969, New York gallerist Louis K. Meisel has been a major proponent of photorealism, which continues to be evident at his eponymous SoHo gallery and at Bernarducci.Meisel Gallery, the 57th Street outpost that Meisel co-runs with Frank Bernarducci. Both spaces showcase masters of the method as well as a new cohort of practitioners. 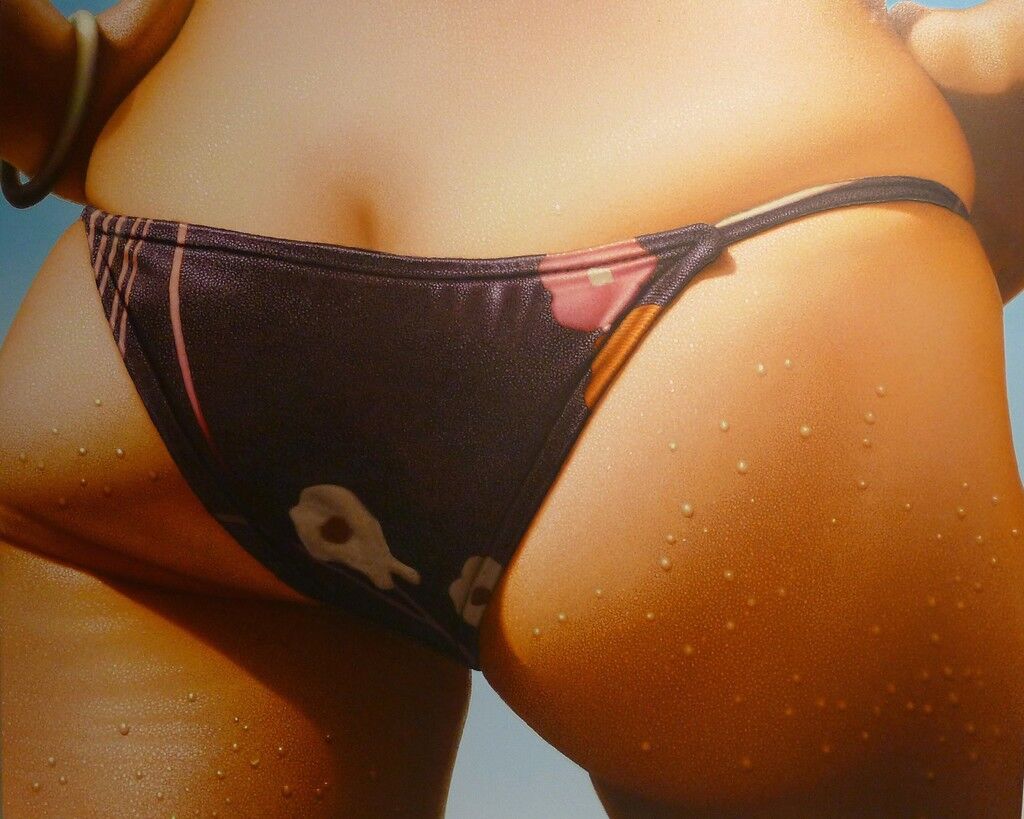 Hilo Chen
Beach 169, 2011
Bernarducci.Meisel Gallery
One very striking aspect of photorealism in the 21st century, perhaps a parallel to digital technology’s limitless capabilities, is that it allows for a powerful blend of fantasy and reality. Greek artist
Paul Caranicas
, for example, depicts realistic
landscapes
with hallucinatory events, such as homes falling from the sky.
Hubert de Lartigue
and
Hilo Chen
develop voluptuous paintings of nude and near-nude women, which exude sexual fantasy through minute details—as seen in Chen’s Beach 169 (2011), with its obsessively precise beads of sweat on exposed skin.
Sharon Moody
takes fantasy in another direction entirely, rendering old copies of collectible comics in works such as Siegel and Shuster’s Action Comics #1, June 1938 (2014), to play with both the fantasy of the superhero and the idealization of the rare and expensive collectible magazines. 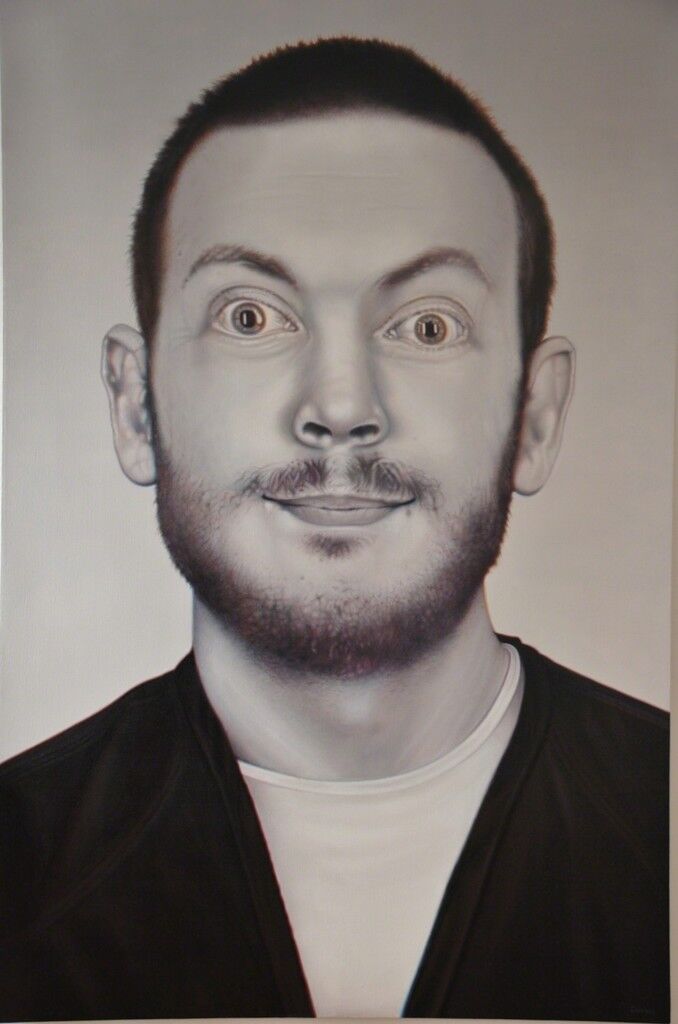 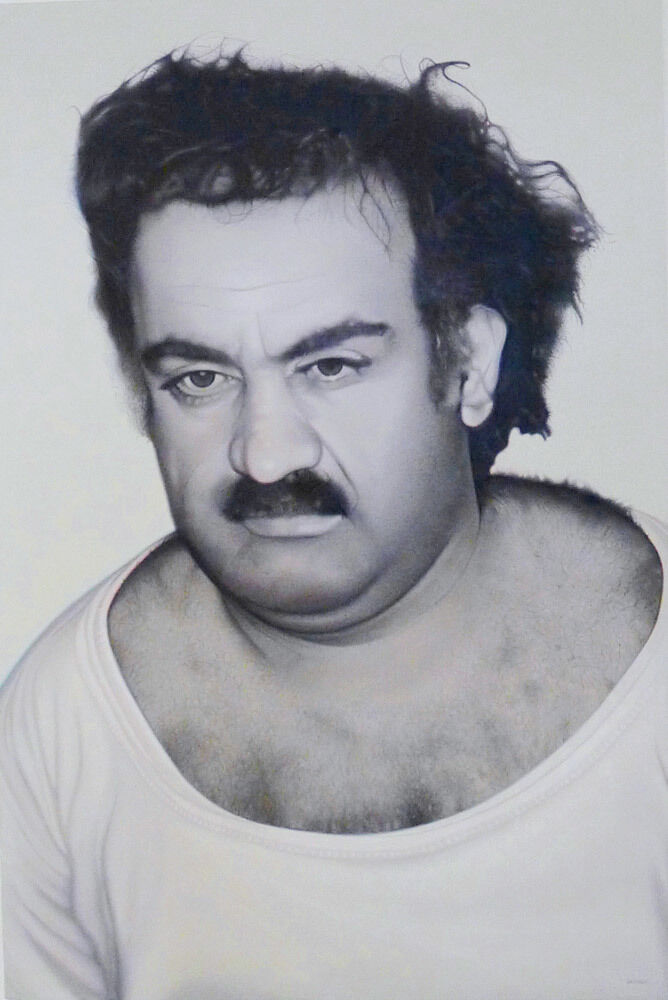 Robert Gniewek
Khalid, 2012
Bernarducci.Meisel Gallery
Advertisement
For some artists, photorealism has become a means of exploring iconic images of scenes we might otherwise miss or overlook.
Robert Gniewek
documents the police photos of accused killers, such as Khalid Sheikh Mohammed and James Holmes, rendering each in a grisaille palette, encouraging viewers to reflect on these institutional portraits as classical images of tragedy, banality, and horror. Italian painter
Ester Curini
depicts animals isolated against white backgrounds, capturing their complex personalities in the same way one would a human sitter, and echoing contemporary Internet fascination with pets and other animals. 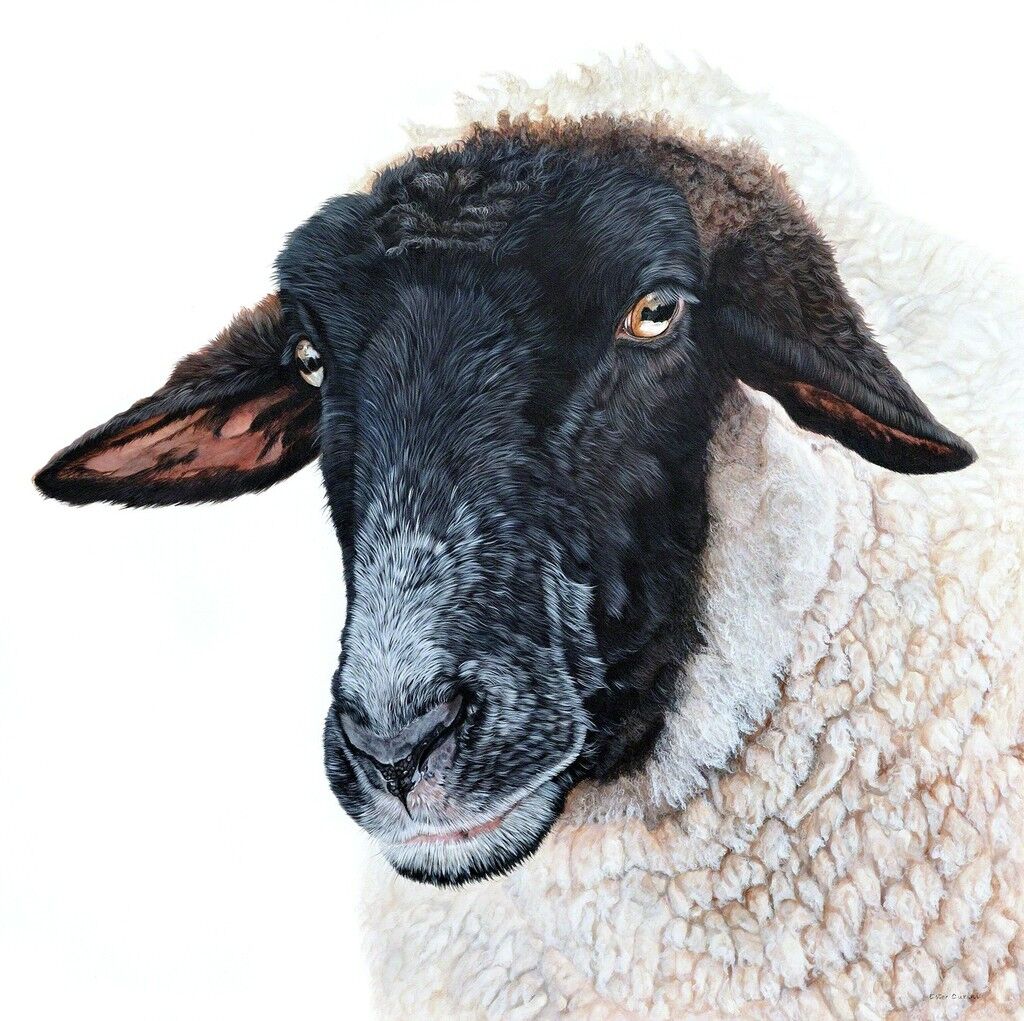