In 2014, A Government Agency’s Calculation Made the Number of Museums in America Double Overnight—Here’s How

Isaac Kaplan
Mar 9, 2016 6:02pm
In 2014, the Institute of Museum and Library Services (IMLS), a little known but important federal cultural agency, released a new count of the number of museums in the United States. Called the “Museum Universe Data File” (MUDF), the agency’s count determined that there are over 35,000 museums in country—more than any single fast food chain. It was also a 100% increase over IMLS’s previous count of 17,500.
So how does the number of museums in the country double seemingly overnight?
It’s a crucial question to answer but so is the hotly debated question underneath: What even is a museum? The numerous definitions are broad, encompassing everything from historical institutions to art museums to aquariums—included in this new figure, too, were supportive groups to other institutions. This makes them understandably tricky to count.
Some have questioned whether one even needs to know how many museums there actually are in the United States. But when government funding decisions are made and evaluated in relation to the entire country, having good data is an important baseline for intelligently crafting equitable policy.

Prior to 2014, IMLS “said there were 17,500 [museums] and there was nothing underneath the hood,” alleges Carlos Manjarrez who, until recently, was a high-level staffer at IMLS. He spent seven years at the agency, five of them as director of the Office of Planning, Research and Evaluation. (He is now president and CEO of the private consulting firm Creative Destruction Research.)
Though he wasn’t at IMLS at the time, his understanding is that the number was originally compiled in the early 2000s. The figure came from adding together the lists of museums kept by state museum associations (which can have differing definitions and thus counts of what qualifies as a museum), necessarily replicating any imperfections in the state data.
The IMLS confirmed that “the earlier estimate was based primarily on information IMLS obtained from state museum associations and their membership records.” They added, “It was thought to be based on the best estimate that could be made at that time.” 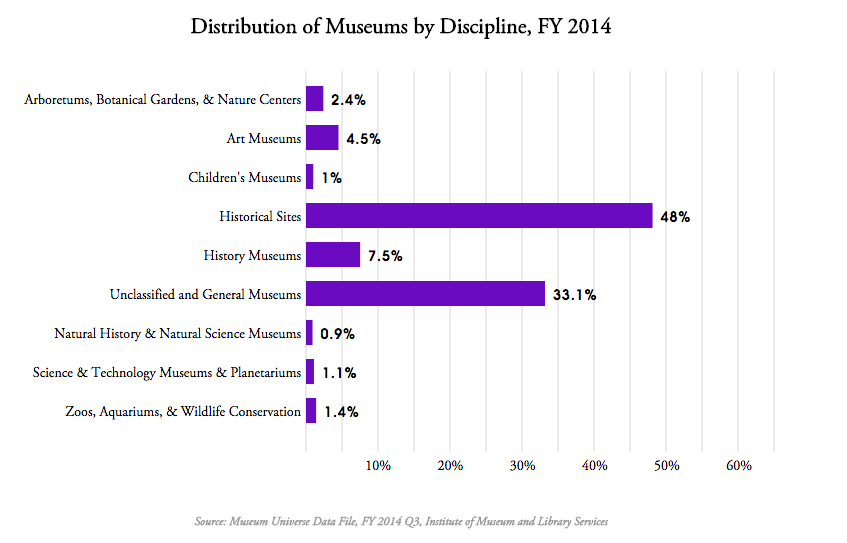 When Manjarrez joined IMLS several years ago, the itemized list of 17,500 museums was “long gone,” he said, just leaving behind a raw number.
Without that, Manjarrez says, key questions were essentially impossible to address. What percentage of small and mid-sized museums are eligible for IMLS funding? What percentage received funding from any government source? What should be classified as a small museum?
Manjarrez began working with others at the agency to come up with a new number that he argued would inclusively capture the funding ecosystem of museums by drawing from sources including the IRS, IMLS, and even third-party data company Factual (which supplies information to Yelp).
In 2014, the efforts yielded the first-ever Museum Universe Data File (MUDF), and with its release the number of museums in the United States doubled, going up from 17,500 to 35,000.
Some in the field long suspected that IMLS had been undercounting. “My first thought was, I knew it,” said Bob Beatty, COO of the American Association for State and Local History (AASLH).  “The 17,500 count just seemed way too low given the sheer volume of history organizations in the country. The fact that IMLS’s count documented more than 17,500 museums just in the ‘history’ category validated our thinking.”
Though the list had duplicates and other mistakes that needed ironing out, “I just saw positives all around, even with a 10% margin for error, which is what I heard as the most common complaint with the count,” said Beatty, adding “for every over-count by 10%, I’d bet there was an ancillary 10% missed.” (Even if they overcounted by 10%, the figure of 31,500 would still be 80% higher than 17,500.)

What The Number Can Do

Manjarrez says some within IMLS were unhappy with the result. “They claimed it was a dirty list, that there were lots of institutions that weren’t museums, that were going to get inundated by applicants who are on the list but did not qualify for federal grants,” he told me.
In a statement to Artsy, the agency said, “IMLS intends to continue refining and improving the MUDF so that it will be a useful resource for the museum field and for researchers.” Indeed, the number has gone down to around 33,000—though their site still lists the 35,000 figure.
Controversially, the final number included organizations that don’t necessarily look like museums. Some of these groups, Manjarrez argues, needed to be counted in order to get a full picture of the economy of the sector—like foundations and “friends of” organizations. But the list also included organizations like arts and crafts associations (though a cursory look at the data finds only a miniscule number of such groups).
“It raised questions, as a finding like this should. Who is in there? Who isn’t? And why are they in there? Is that a museum?” said Neville K. Vakharia, an assistant professor and research director at Drexel University who helped work on the MUDF. “I think museums are evolving, and maybe what we, in the past, hadn’t considered a museum is now an organization that is more acting like a museum.” 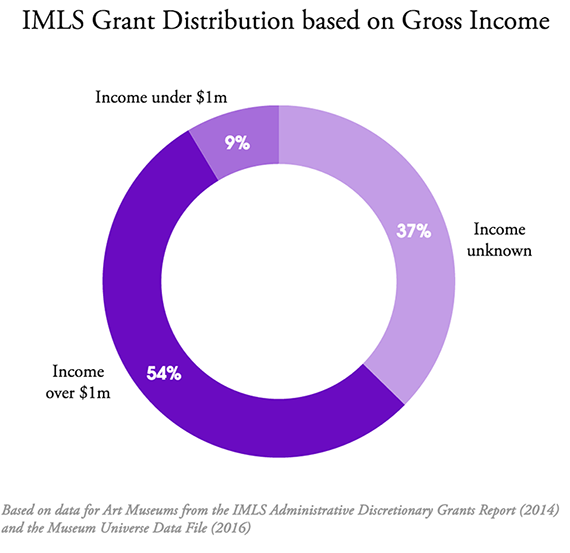 Advertisement
Indeed, there is no universally agreed on definition of what is actually a museum. The American Association of Museums, the International Council on Museums, and IMLS all have slightly varying criteria.
Yet the expansive inclusion has also been met with skepticism. A transcript of a 2014 IMLS webinar following the release of the number shows that the first question put forward by those listening to a presentation about the MUDF was, “Do you realize that the list is inflated? There are still duplicate listings for some museums, plus other listings that are clearly not museums.”
Those defending the MUDF argue that the figure is both better than what came before and can be further improved with time as the list is verified and scrubbed.
Ultimately, the new data on museums was intended as a crucial tool in a data-driven conversations about the adequacy and equanimity of federal funding. “Our goal, our plan, was to make information available so the discussion could be had,” Manjarrez said.
Though independent, Vakharia is currently working with IMLS on MuseumStat, a powerful tool which can map out museums across the country and then—with just a few clicks—use census data to show the racial and economic makeup of the area served by such institutions, among other things. Though MuseumStat is still in beta with more features (like congressional districts) to be added, the feedback so far has been good, he says.
Artsy employed the MUDF in Part 1 of this series to look at the funding situation facing small art museums, finding a great degree of inequality between small and large institutions. Broadly, the data has potential to be indispensable for policy makers looking to answer key questions about where funding is going—and, potentially, craft a more equitable funding landscape.
Isaac Kaplan is an Associate Editor at Artsy.
Related Stories 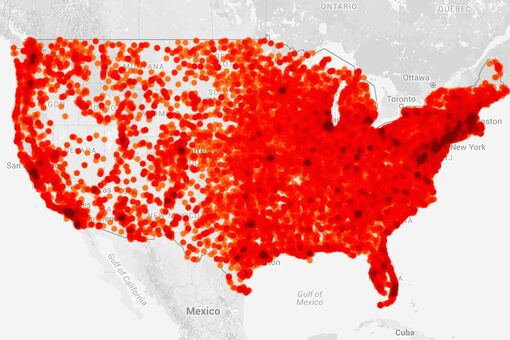