How “The Snowy Day” Became an Enduring Illustration of Diversity

Ezra Jack Keats’s The Snowy Day wasn’t the first children’s book to center around an African-American protagonist. But before it hit shelves in 1962, publishers had considered stories like his part of a niche market.
Peter, the small Brooklyn boy who was the hero of Keats’s tale, defied those expectations, and the book went on to become a bestseller nationwide. In 1963, Keats was awarded the Caldecott Medal for the year’s “most distinguished” American children’s book. And even now, 55 years later, The Snowy Day continues to resonate. In early September, the U.S. Postal Service announced that Peter—sporting his signature bright-red snowsuit—will appear on the next round of Forever Stamps.

Long before he found his way onto a stamp, however, Peter was a boy who was featured in a series of snapshots in a 1940 issue of Life magazine. Keats, then in his mid-twenties, was so struck by the sweet face of the unnamed, African-American child that he cut out the photo essay and held onto it. The magazine clipping stayed with him during jobs as a background illustrator for Captain Marvel comics and, later, designing camouflage patterns while in the Army.
Keats moved from Paris to his native New York in 1949, where he established a career as a commercial illustrator for the likes of Reader’s Digest and the New York Times Book Review. And then, almost two decades after he’d first seen the photographs in Life, he dug up the clipping when he was invited to write and illustrate his own children’s book. He set about building a world around that little boy, and used collage for the very first time.

Advertisement
The result was a near-universal tale of a young child’s day spent wandering through his neighborhood, freshly blanketed in snow. Peter crunches through the powder, leaving trails of footprints. He flops onto the ground to make snow angels. And, as he’s heading home, he stores a snowball in his pocket to save for later (only to find hours after that, mysteriously, it has vanished).
Although the Jewish-American Keats was no stranger to discrimination—born Jacob Ezra Katz, some say he changed his name to avoid rampant anti-Semitism—he was white. That fact wasn’t lost on contemporary reviewers. In an essay in the Saturday Review, one writer criticized Peter’s mother for her resemblance to the stereotypical “mammy” figure. The Civil Rights Movement was in full swing when The Snowy Day was published and several of its leaders bristled that there was no explicit mention of race in the story.

But according to Deborah Pope, the executive director of the Ezra Jack Keats Foundation, Keats had never intended for the book to be an explicit political statement. “None of the manuscripts I’d been illustrating featured any black kids—except for token blacks in the background,” Keats wrote in an unpublished autobiography. “My book would have him there simply because he should have been there all along.”
Despite the criticism, many were enchanted by the story—including Langston Hughes, who sent Keats a fan letter soon after the book was published. Another note, Pope said, came from a teacher who explained that the African-American children in her class were using brown crayons to draw themselves for the first time. “Before that, they used pink crayons,” Pope said. “But Ezra’s book helped them to see themselves.” 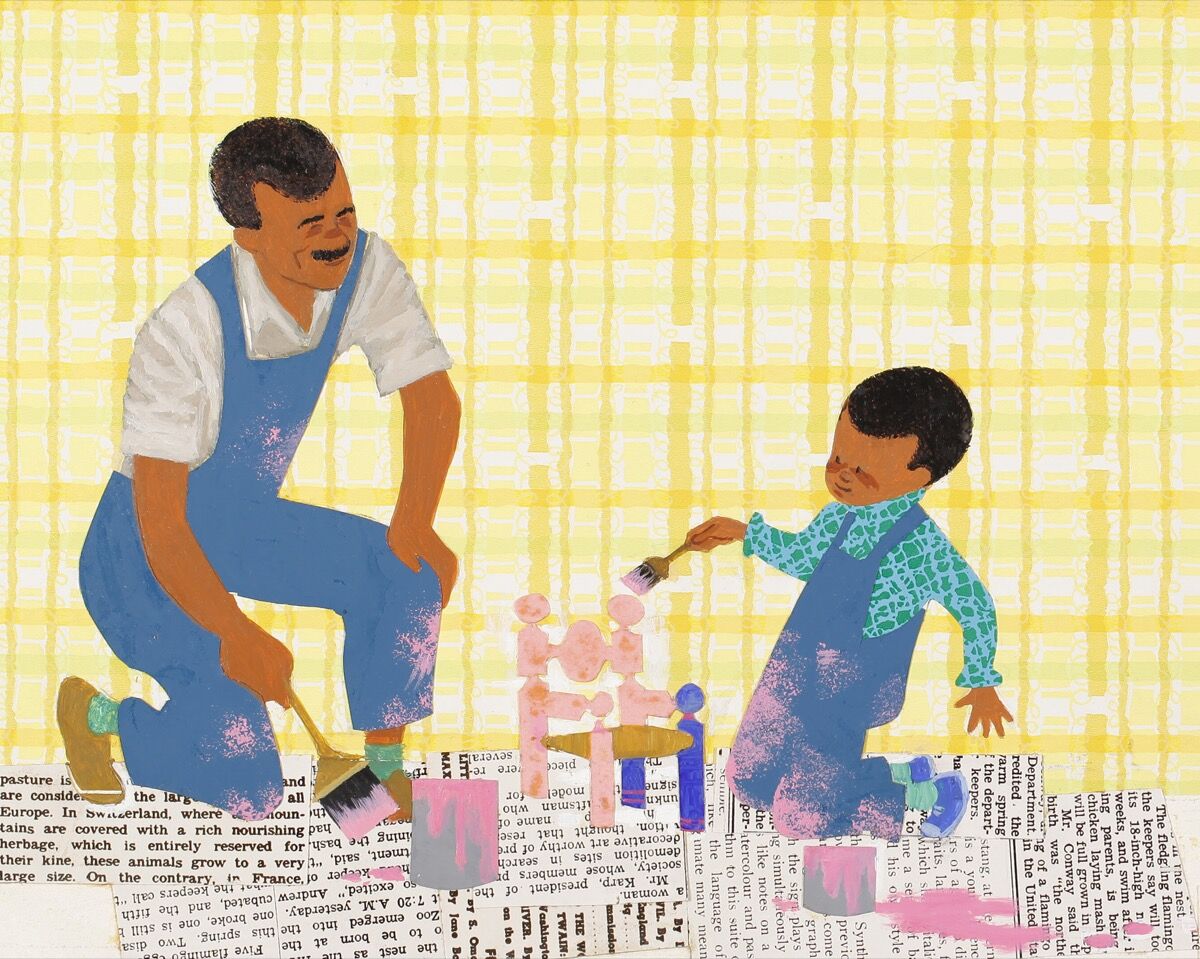 While diversity was the most discussed innovation in Keats’s book, it wasn’t the only one. The Snowy Day was also one of the first works of American children’s literature to be set in an urban, working-class home. “Up to that point, there were many picture books but they were in rural settings,” author Andrea Davis Pinkney told NPR last year, soon after publishing her own children’s book in homage to The Snowy Day. “And here was this book that made my life, my experience, valid. City streets, sidewalks, stoops—everything that I held so dear.”

Peter continued to appear in Keats’s later books. Readers have watched him grow up: learn to whistle, welcome a baby sister to the family, even navigate a budding relationship with a girl. And Keats’s inspiration—the boy from Life magazine—remained with the author throughout his life.
“To this very day I still have him,” he wrote, “and look at that wonderful kid whom I had discovered over forty years ago.”
Abigail Cain
Related Stories