Five Countries Crowdfund Their Way to a Venice Debut 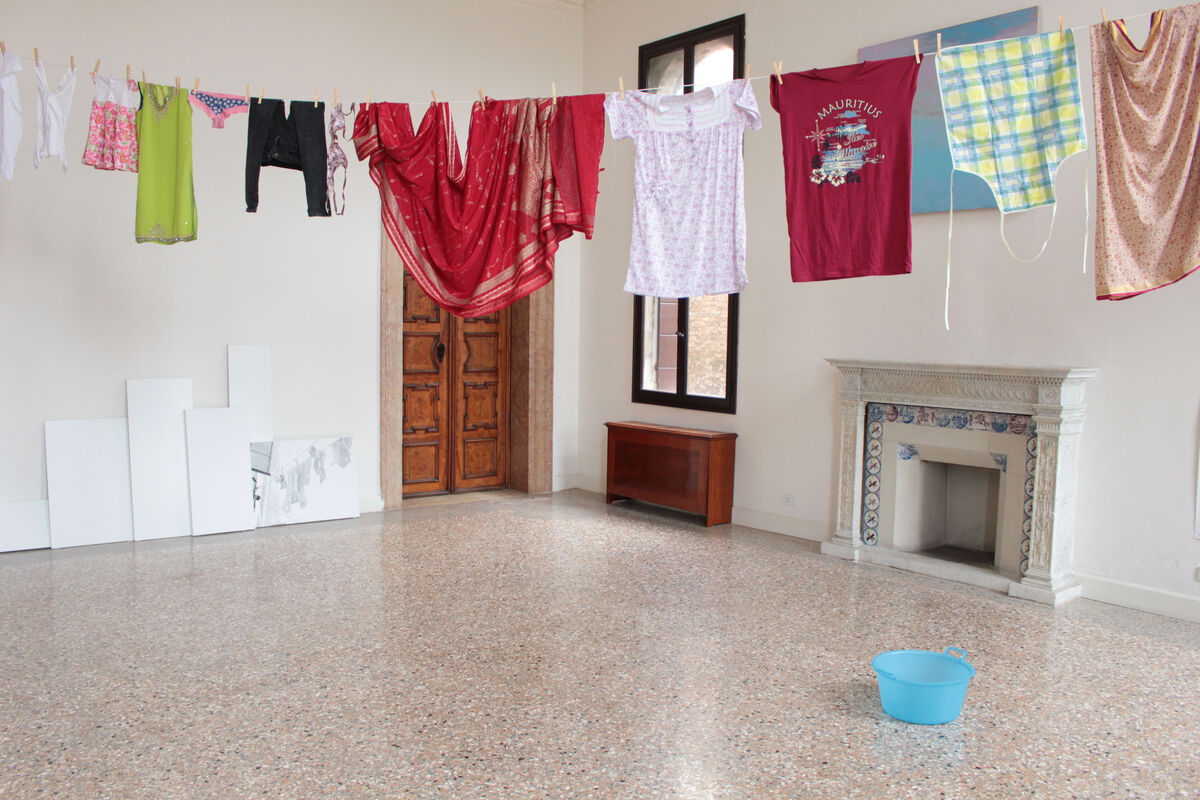 Work by Krishna Luchoomun and Olga Jurgenson at the Mauritius pavilion, image courtesy of pARTage.

Rumbles of local art scenes from all of these countries have entered the international art discussion lately. In a striking sense, these countries all represent—both in the Biennale context as well as in facets of identity—the expansion of the global consciousness and the whittling perception of these places as solely tourist destinations. But interestingly enough, despite the overt agenda of Okwui Enwezor to mold this Biennale as a political springboard, none of the exhibitions bristle against the late capitalism that “All the World’s Futures” ushers to expose. These pavilions may be small, often featuring one or two artists, but sometimes when less is more it’s not for the assumed reasons, such as anemic funding or artistic vitality. Instead, for these countries, exhibiting at the Biennale is a gesture of fierce independence.
Take for example the Republic of Seychelles. The tiny nation is composed of 155 islands but inhabited mostly on just three of them. “I’d say there are about 10 artists who have a proper studio and gallery,” says George Camille, who not only is representing the country (along with Léon Wilma Loïs Radegonde) but was also instrumental in organizing the logistics of its Venice presentation. The pavilion was a bottom-up, artist-driven initiative. “Seychelles is small, isolated, and people don’t know what’s going on,” he says. Camille has been practicing full-time for 35 years, mostly as a sculptor and social-practice artist. “The art market is a big market. If we can have a tiny slice of it, it would be great,” he continues. In order to get to Venice, Camille created a non-profit arts foundation that the government could financially contribute to, on top of private donations. “It’s not easy to convince the National Arts Council. It was a community effort, everybody did their bit to do it. The artists had to organize it,” he explains, but “we have the full support of the government because the minister is flying out here all the way from Seychelles.” 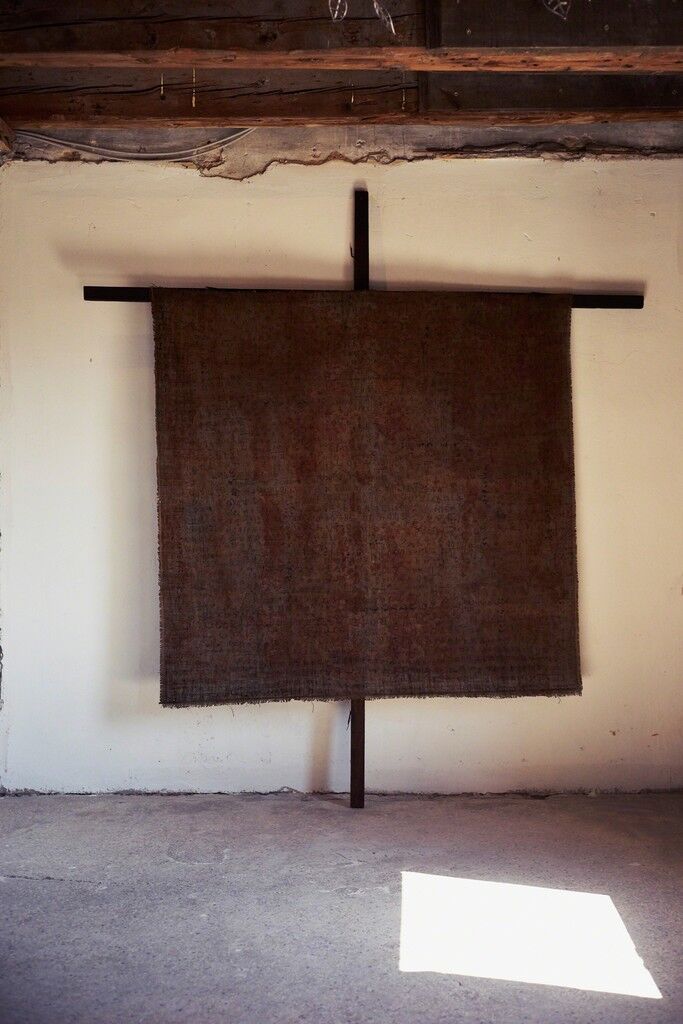 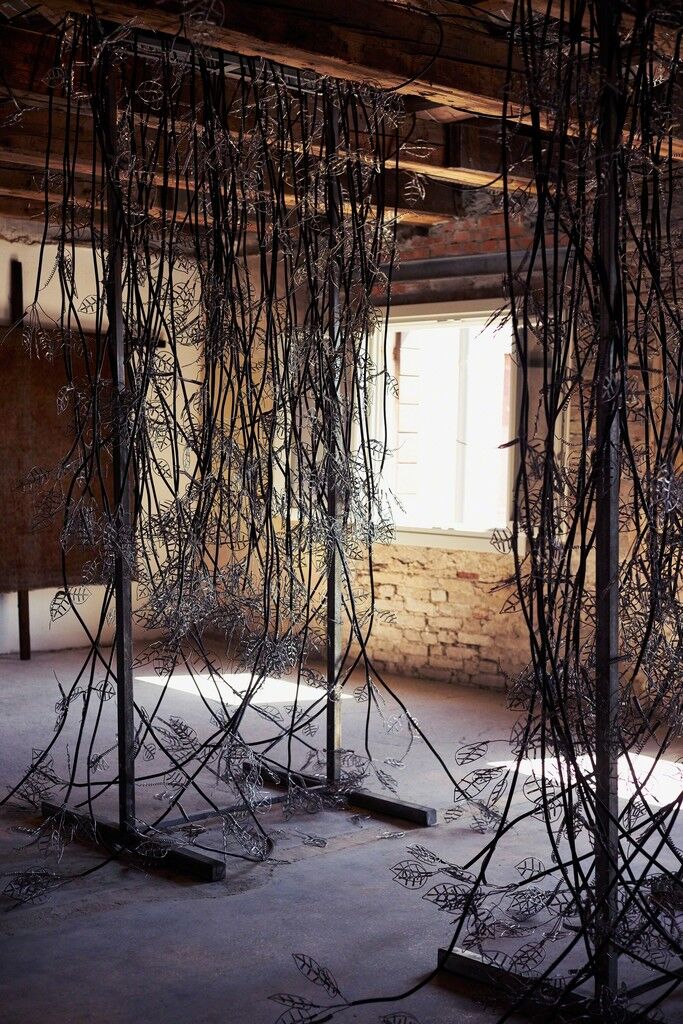 George Camille
Lalyann Anvaisan (Creepers) (Installation view), 2015
56th Venice Biennale
This strategy seems to be the golden ticket. In order to participate, a minimum of €60,000 is needed for fees and set-up expenses. Camille jokes, “We’ve done it on a shoestring. I think we are the pavilion that spent the least to be here!” Similarly, for the Mauritius pavilion, Italian-born, Wales-based curator Alfredo Cramerotti was brought in by Olga Jürgenson of the island nation’s Office for Roles & Responsibilities. “There is an art scene and the pavilion came about from the artists,” he explains, “There is a National Arts Council, which came about from a government commissioner.” The show is comprised of 13 artists, half of whom are native Mauritians and half of whom are Europeans. Cramerotti says the group reflects the nation’s identity as “a potpourri… because it’s part of Africa, with influences of Chinese and Indian migrations and the wave of Colonization of Europe.” Cramerotti specifically positioned the local artists in juxtaposition to the Westerners so that “as viewer you go from one artwork to another, you have to renounce the previous one. It’s not a pavilion of consensus but requires the viewer to renounce a bit of their own narrative.” Interestingly, “the government only funded the Mauritian part, so there was no funding for the other half.” To bridge the gap Cramerotti and Jürgenson petitioned private funders and enlisted the help of a crowd-sourced Kickstarter campaign, the funds from which ultimately went towards the show’s catalogue and travel expenses.

Advertisement
Grenada and Mongolia used similar tactics. Gantuya Badamgarav, Mongolia’s most vociferous art patron, also enacted a Kickstarter to help get the nomadic nation to Venice. Alas, the campaign only generated $820 dollars, a mere fraction of the $200,000 it was aiming for. But, through a government-promoted fundraiser and local businesses of Ulaanbaatar, the pavilion found its Medicis.
It’s not difficult to conceive why governments would actively engender this opportunity—culture entices tourism, and art signifies a healthy social ecosystem. But it’s not just good PR that these nations are seeking. Unen Enkh, one of the two artists representing Mongolia, who asked to be not quoted directly, sums it up best: These artists are not making folk or tribal art, but rather are engaged in contemporary practices, a notion unfamiliar to most art world perceptions of these countries. His work, for example, incorporates horsehair, felt, leather, and other natural materials found in the steppes of Mongolia, but he manipulates them in unnatural ways, a conceptual twist that skates between two realms. He shows alongside Enkhbold Togmidshiirev, who presents a performance piece (captured on video) of his self-created “ger,” or home-structure that he erects in the midst of big cities, on beaches and highway shoulders. The work is sophisticated, and would be right at home in many of the contemporary institutions of Berlin, New York, or Hong Kong. 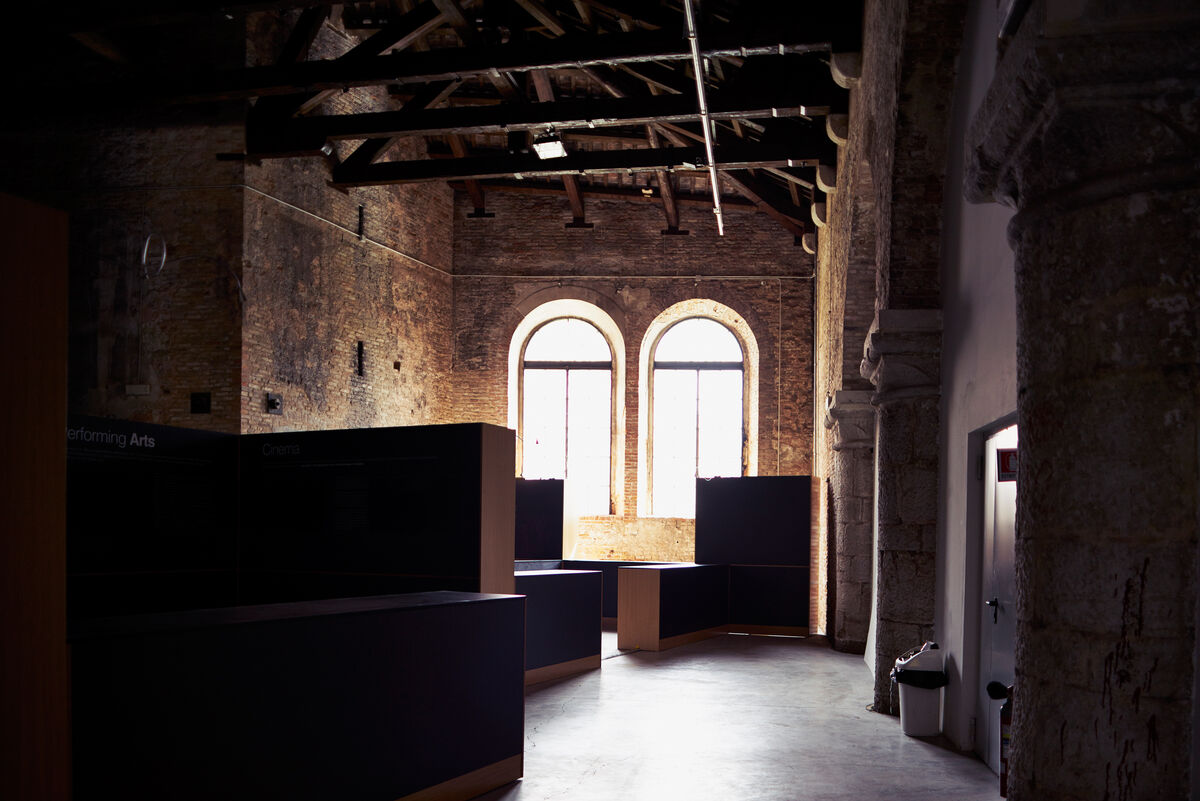 Mozambique pavilion as of press time, photo by Alex John Beck for Artsy.

Badamgarav has passionately expressed that the works in this show convey “the sense of importance Mongolia plays not only in politics, economy and history, but in the international art world.” The sentiment is shared by the small Caribbean nation of Grenada, which found support through a cooperation of its Ministry of Culture and National Arts Council, who then petitioned private (mostly tourism-sector) donors. Its official press release states that “in its 41st year of independence, Grenada will take a great leap forward and be seen for the first time on the largest and oldest world stage. Grenada may be among the smallest of countries to participate in la Biennale di Venezia, but the passion of its artists brings a large presence.” 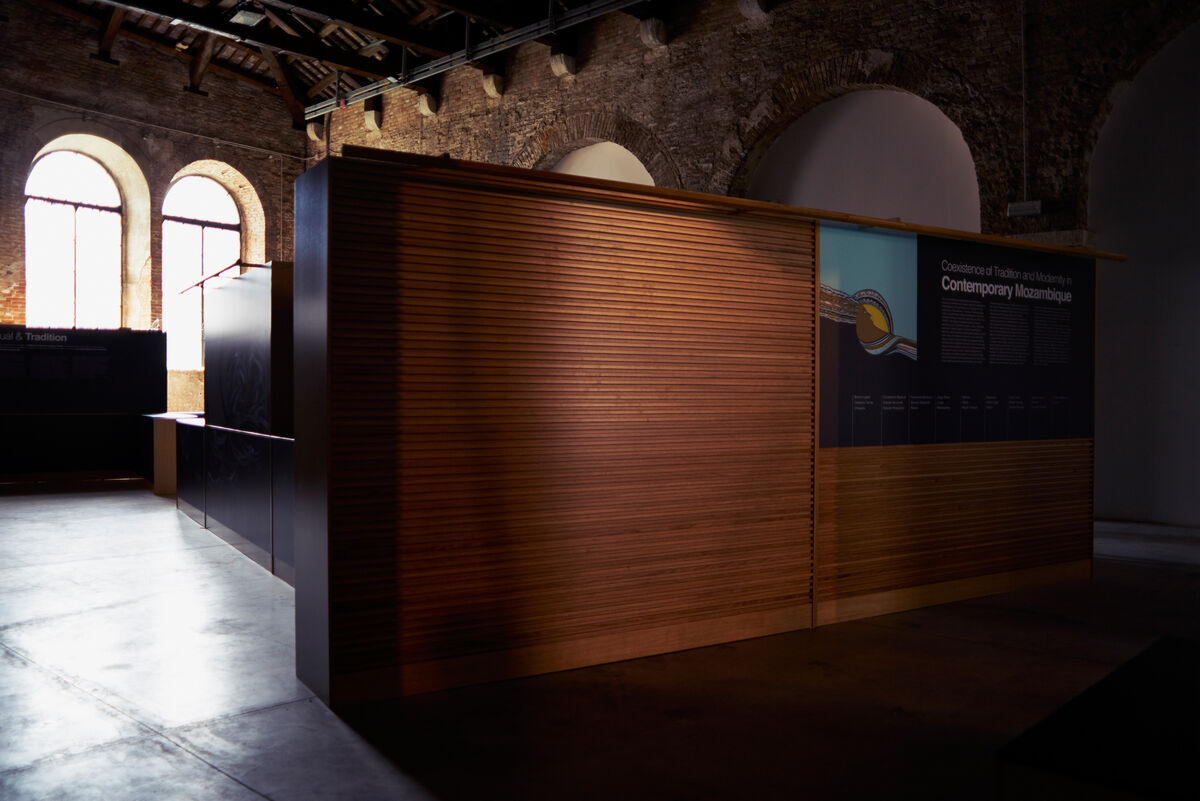 Mozambique pavilion as of press time, photo by Alex John Beck for Artsy.

“Hopefully the Biennale will be the catalyst to get people engaged,” adds Camille, whose perspective unifies these new national inclusions. On the other hand, the largest of the lot, Mozambique, a country of almost 26 million, may not have been so lucky as these tiny countries. The only country to be showing at the Arsenale—the rest are in off-site Palazzos, mostly in the Venetian neighborhood of Canareggio—Mozambique, as of press-time, had installed nothing but text. It shares a space with the Indonesian pavilion, organizers of which reported that the Mozambique contingent “showed up three or four days ago saying they’d be back in two or three days.” No one has heard from them since. The Biennale has not issued an official statement as to their whereabouts, but the rumor mill suggests the works may currently be held up in customs or worse, held captive at Marco Polo airport. But no one knows for sure, and no representatives from Mozambique were available for comment.
Julie Baumgardner
Explore the 56th Venice Biennale on Artsy.
Related Stories