The Story behind the Most Reproduced Artwork of All Time 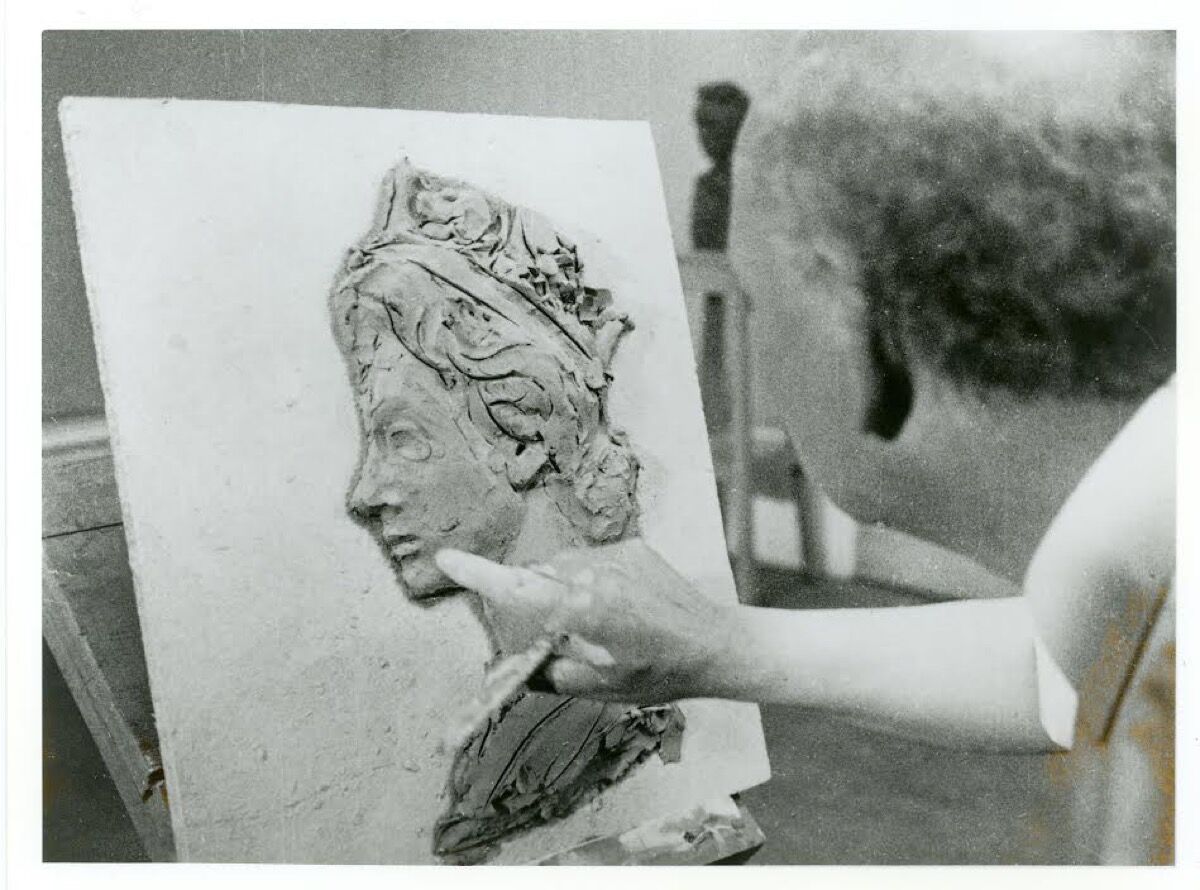 Here’s a quick pop quiz: What is the world’s most reproduced work of art?
If, like me, you thought it was the Mona Lisa—well, guess again. Her enigmatic smile may grace millions of coffee mugs, T-shirts, and mouse pads across the globe, but in fact the title goes to a portrait of another famous woman: Queen Elizabeth II. British sculptor Arnold Machin crafted the effigy almost 50 years ago to appear on the country’s definitive postage stamp. Since then, the Royal Mail has printed some 220 billion stamps bearing copies of Machin’s artwork.
“It’s a timeless, classic design,” said Douglas N. Muir, senior curator of philately at the Postal Museum in London. “It doesn’t show its age; it doesn’t show the age of the Queen, for that matter.” Machin’s stamp has endured, unchanged, since it was issued in 1967; British coins, on the other hand, have featured a series of updated portraits that mark the passage of time. The secret to the stamp’s longevity? “The Queen likes it,” Muir explained, noting that while the Royal Mail has made several attempts to change the design, the monarch once said it would take a “work of real quality” to replace her 1967 portrait. Officials never found one that fit the bill. 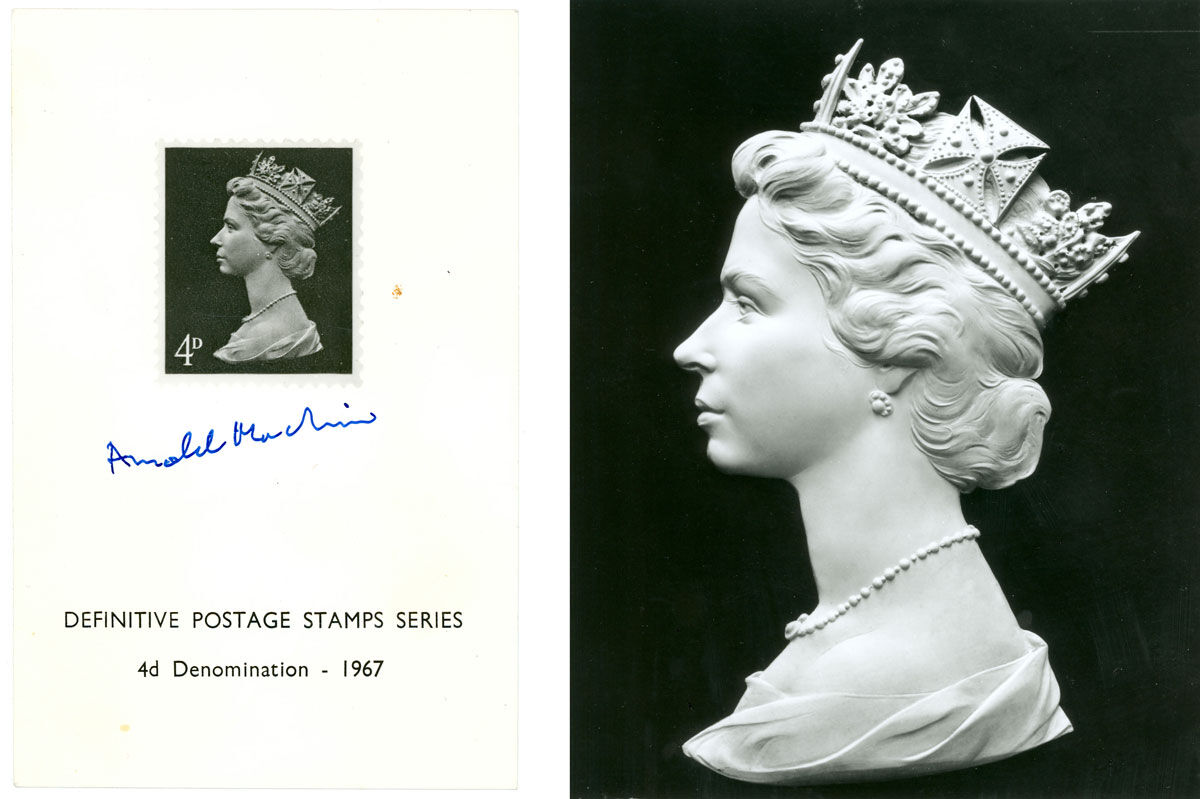 The first issued stamp with Machin’s portrait, signed by the artist. © Royal Mail, courtesy of The Postal Museum.

For all the stamp’s eventual elegance and simplicity, the design process was anything but. Machin, born in 1911 into a family of potters, was already a well-respected sculptor by the late 1960s—three of his terracottas resided in the Tate Gallery’s collection, and he had previously been selected to sculpt Queen Elizabeth for the first decimal coins. In 1966, the Stamp Advisory Committee commissioned him to devise another royal portrait. Working from photographs and sketches he had made for the coin, Machin created the initial plaster cast of the queen’s profile. A series of trial stamps bearing this work were printed; officials were less than enthusiastic with the result, calling the head “unrecognizable.”
As months passed, the committee became increasingly concerned. The better part of a year had come and gone, and the artist—inclined to perfectionism, and, according to Muir, a bit difficult to work with—had communicated few details about his ongoing work. To be safe, they commissioned a series of royal portraits from photographer John Hedgecoe as backup.
As it turned out, these photographs were precisely the inspiration Machin needed. After examining the Hedgecoe prints, “he suddenly produced this image that everybody thought was lovely,” Muir said. The sculptor also streamlined the stamp design, eliminating all superfluous lettering to showcase the queen’s profile. 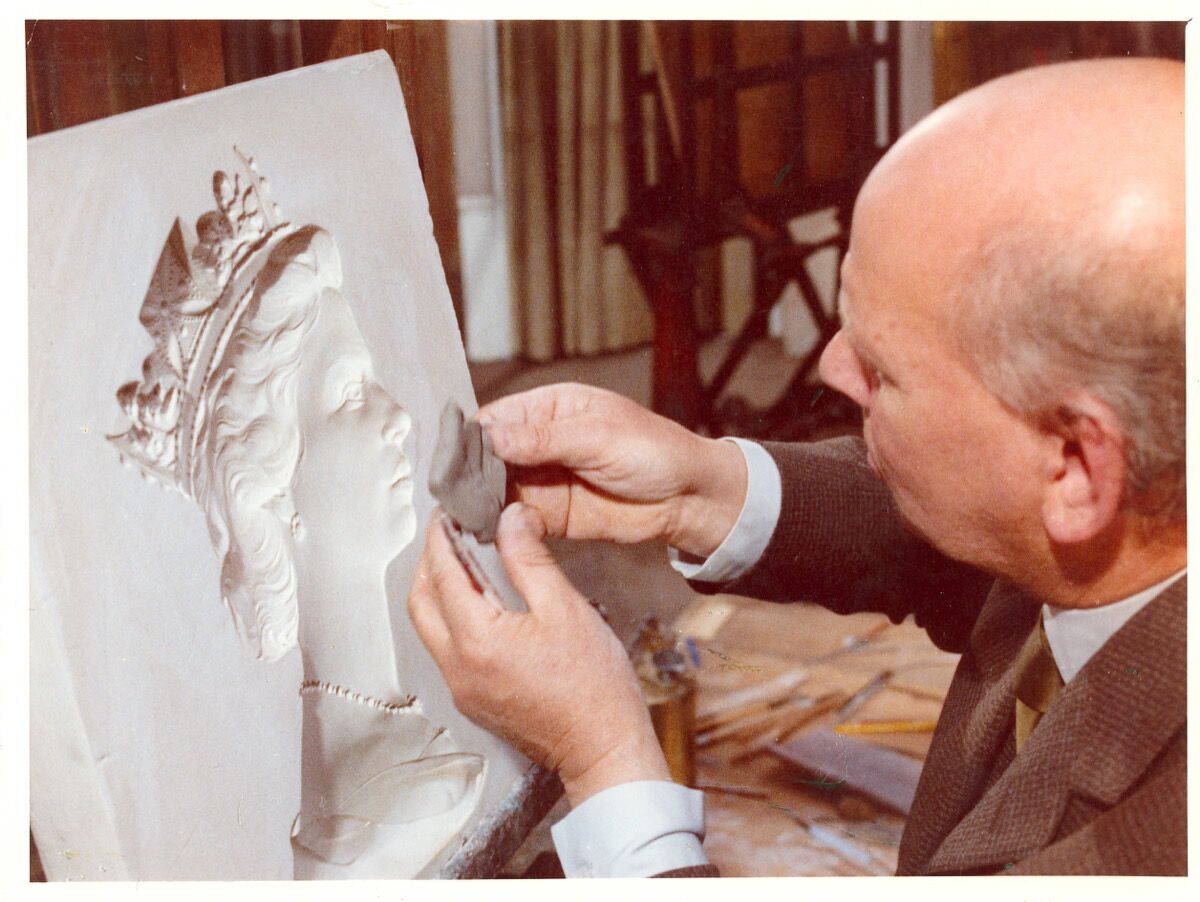 Advertisement
But even once the portrait had been finalized, there were moments of tension. Muir described Machin as “a very exact man, almost pedantic. He looked at the overall design for the stamp, rather than just the plaster cast that someone else would go and play with. He did the values, he did the colors, he did all that sort of thing. So whenever anyone wanted to have any kind of change to it, he was automatically up in arms.” At some point during the initial printing, the stamp’s monetary value was shifted slightly—so slightly the difference could only be seen under a magnifying glass. The change, however infinitesimal, left Machin “absolutely furious.” The sculptor remained fiercely protective of his work throughout his life, later writing to the Palace to protest the consideration of a new design.
Although Machin died in 1999, his stamp lives on. Next year marks its 50th anniversary, and, for the first time in more than 25 years, the original plaster cast will be on permanent display at the Postal Museum. As for the accuracy of the portrait, Muir said it isn’t really the point. “It’s not intended as a photographic image,” he said. “It’s a piece of art. It’s a symbol—not only an image of the queen, but of royalty, of the monarchy, of Britain.”
Abigail Cain
Related Stories