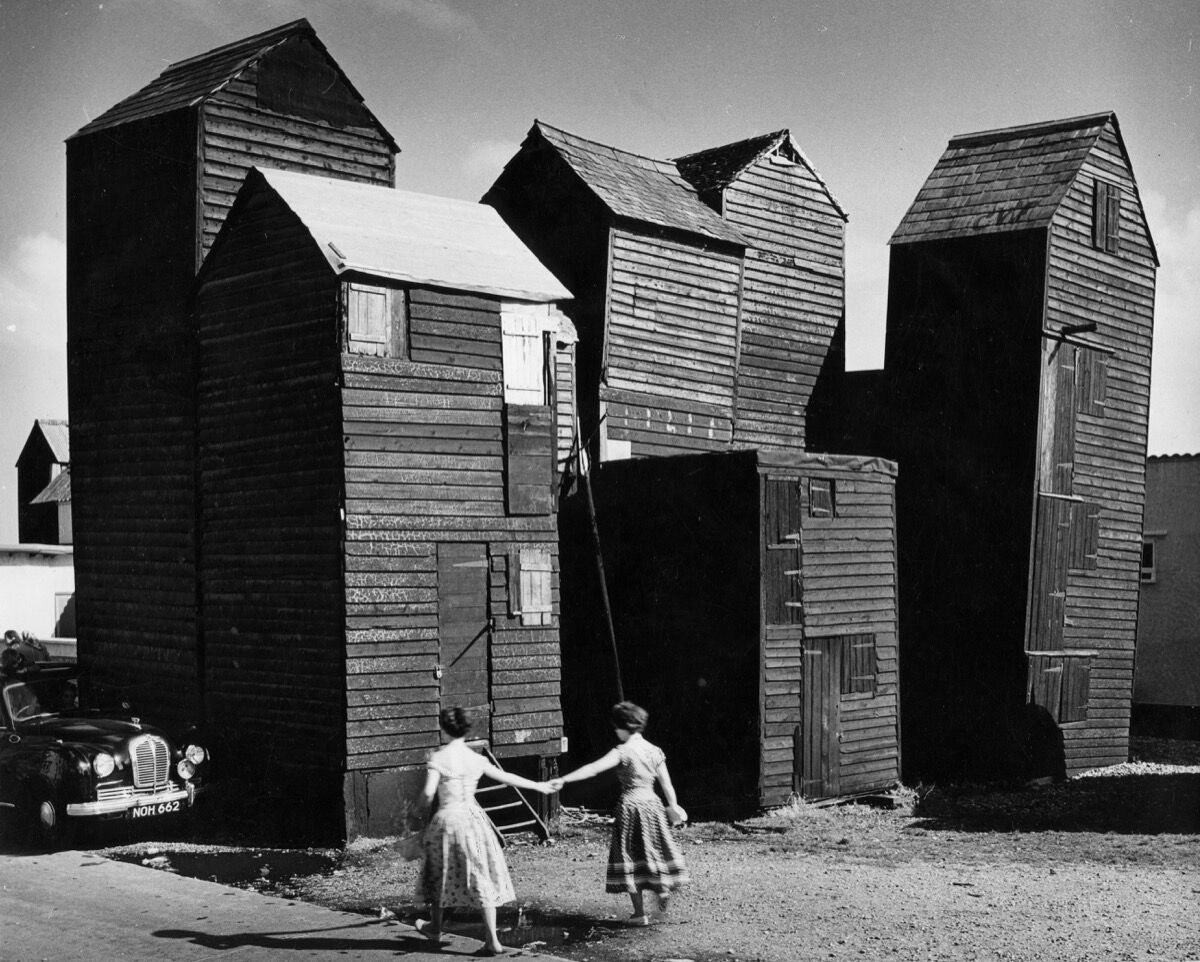 Enter the basement of 66 Portland Place, a limestone-clad Art Deco building in the heart of London, and you’ll find the biggest collection of architectural photography in the world. A stark shot of the city’s monumental Battersea Power Station at night, taken by John Maltby in 1934, and albumen prints of the Louvre under construction in Paris in 1855 are among the many iconic images housed here. The space is home to the Royal Institute of British Architects (RIBA), the United Kingdom’s professional body for architects, which was established in 1834. Its collection contains more than 1.5 million objects, including prints, negatives, and transparencies from all over the world.
The driving force behind the collection was the late Robert Elwall, who, upon joining the RIBA as a librarian in 1976, recognized photography’s ability to capture the complex and striking forms of buildings, and spent the rest of his life championing its value in the field. “It’s incredibly difficult to imagine what would’ve happened had he not been here,” says Valeria Carullo, a curator of the collection who worked closely with Elwall. “What really made Robert special was his absolute dedication to sharing the photographs with the widest possible audience.” For Elwall, photographs could express the aesthetic value and transformative power of the built environment, as well as serving as an accessible means of promoting knowledge. 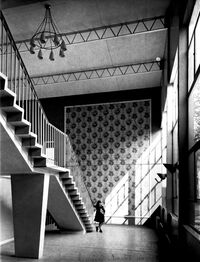 13 Images
View Slideshow
Creating a resource for studying architecture was one of the RIBA’s founding goals. It urged members—which now number some 40,000—to contribute objects to the collection, which twice outgrew its premises before finding its current home. But when Elwall, who’d studied history at Oxford, joined the organization, he found a chaotic assortment of images, many kept among files in the RIBA Drawings Collection. With no formal background in architecture or photography, he set about establishing photography as a pillar of the RIBA collection. “He was very good at making contact with photographers and convincing them that giving us their archives was a good idea,” says Carullo.
As the RIBA’s first photography curator, Elwall rescued countless photographic archives-at-risk and secured others from photographers who’d stopped working. When he heard the photo collection of the Architectural Press, publisher of the influential Architects’ Journal and Architectural Review, was in jeopardy, for instance, he gave it a home at the RIBA and personally helped transport boxes of more than 600,000 images. 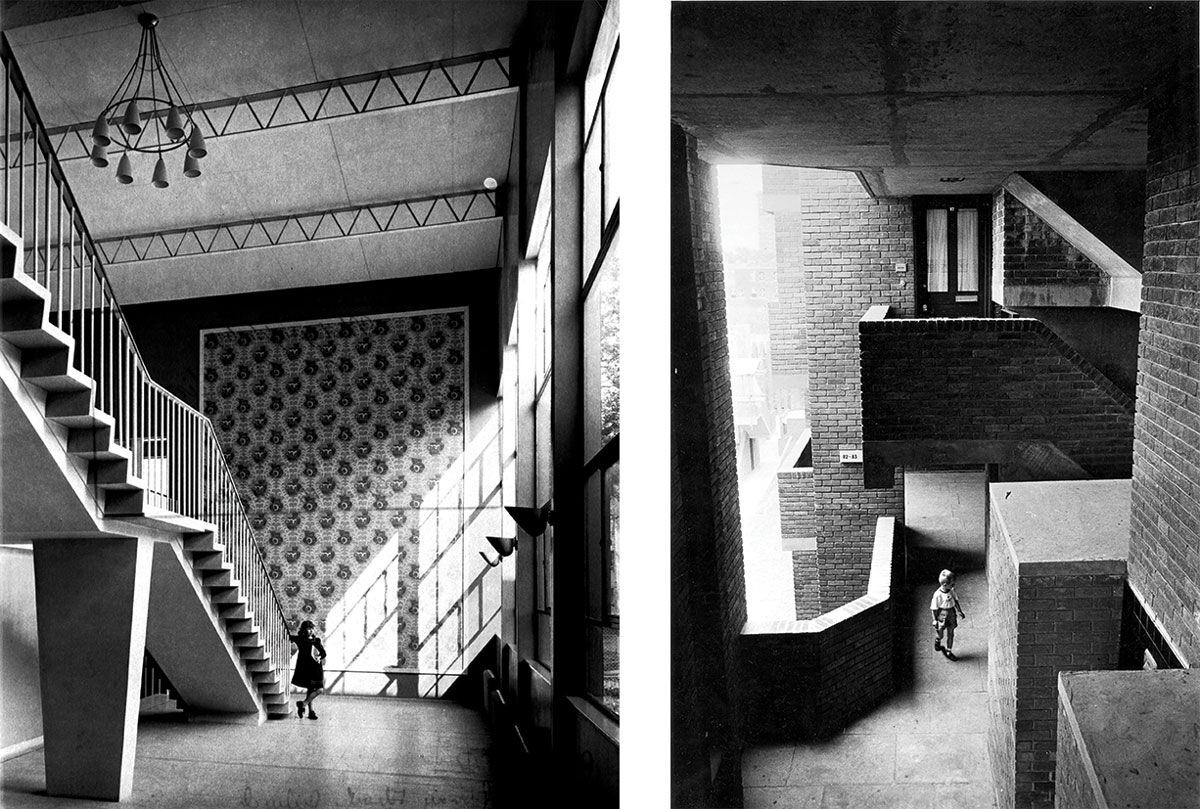 Advertisement
By 1980, Elwall had helped to forge a considerable photography collection. He successfully fought against moving the material south of the library, arguing that the images needed to be in proximity to books for identification and research—and he convinced RIBA to build a dedicated, climate-controlled environment for their conservation. In 2006, he launched RIBApix, a digitized photography catalog that epitomizes his dedication to maximizing the collection’s reach. He organized exhibitions, composed books, and delivered public lectures that celebrated photography’s role in the development of architecture. When Elwall passed away in 2012, the RIBA renamed the collection in his honor.
Today, the Robert Elwall Photographs Collection continues to be a vital resource. In addition to its oldest acquisition, a 1843 salt print of the Tower of the Five Orders at the Bodleian Library, in Oxford, by
William Henry Fox Talbot
, its 19th-century holdings include albumen prints of New York’s Central Park as it was being planned, as well as a trio of salt prints captured by
Maxime Du Camp
while he was traveling with the writer Gustave Flaubert in the Middle East.
Photographs of post-war architecture and the inter-war period constitute much of its 20th-century holdings, including Edwin Smith’s images of English cathedrals, castles, and farms, and Henk Snoek’s iconic shots of brutalist buildings and post-war modernist structures. The photos from the Architectural Press, taken between the 1920s and ’80s, helped to shape British architecture. Particularly noteworthy is the work of Dell & Wainwright, the official photographers for the Architectural Review from 1929 to 1946, and images from “Manplan,” a project initiated by the publishing house that commissioned photojournalists to document Britain’s built environment. 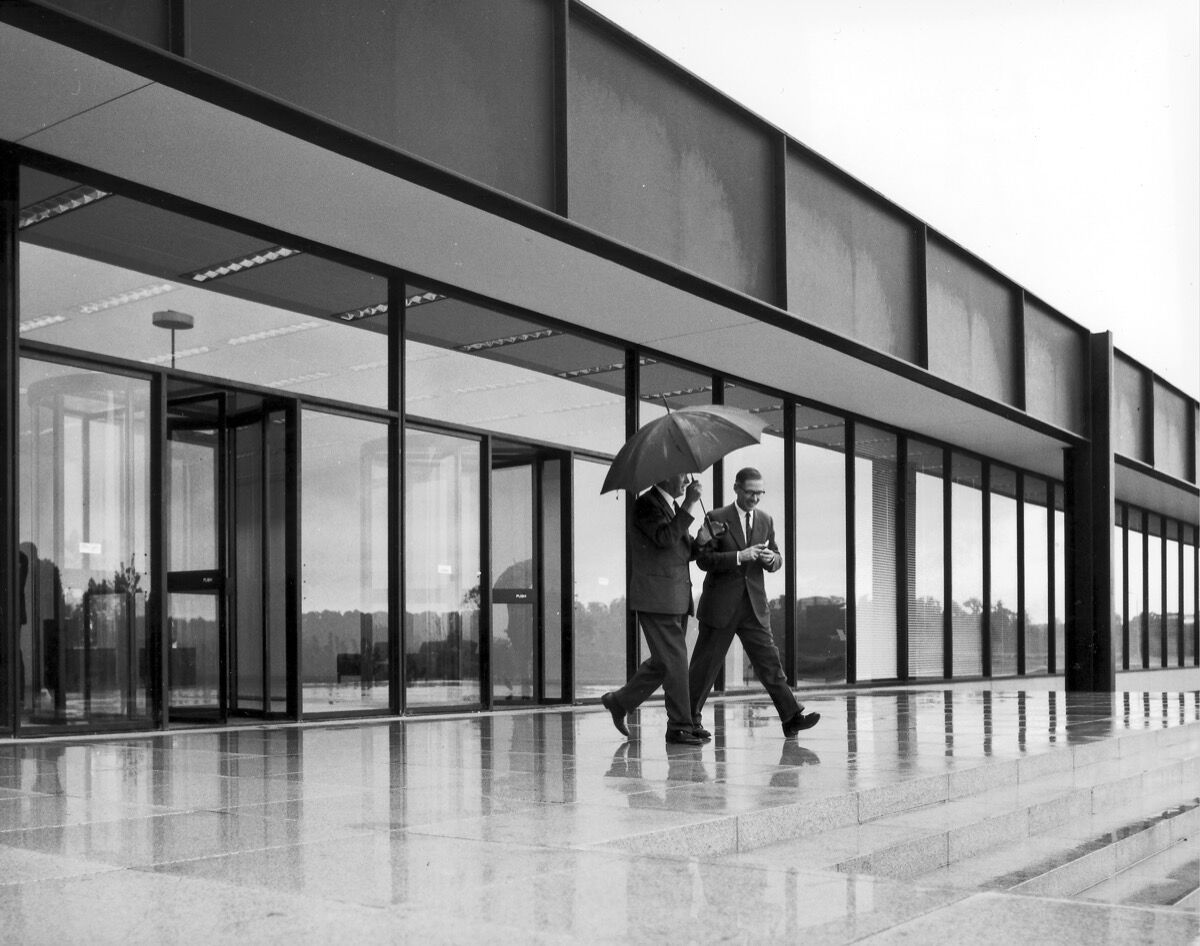 Recent acquisitions include prints donated by Venezuelan photojournalist Alejandro Cegarra, Canadian landscape photographer Geoffrey James, and
Hélène Binet
, known for her photographs of work by
Zaha Hadid
. With printed archives becoming increasingly rare, Carullo and her colleague Justine Sambrook feel a certain appreciation, if not nostalgia, for the past, one that helps fuel their efforts to continue Elwall’s legacy. “We feel a responsibility to continue Robert’s work, but also recognize the need for the collection to change and grow,” says Sambrook, who knew Elwall well.
New initiatives they’ve put into place include an international symposium on architectural photography, the results of which were recently published in two special issues of The Journal of Architecture, and a series of photography workshops based on the collection.
Despite the collection’s ever-growing size and variety, Sambrook and Carullo note Elwall’s boundless interest in all forms of representation of architecture. “In that sense, Robert was very open-minded,” says Carullo. “He was particularly interested in the idea of looking at buildings in a different way, and the social element of architecture. He recognized that a building is so much more than a building.”
—Tiffany Jow
Related Stories