This Week in the Art World

In Case You Missed It 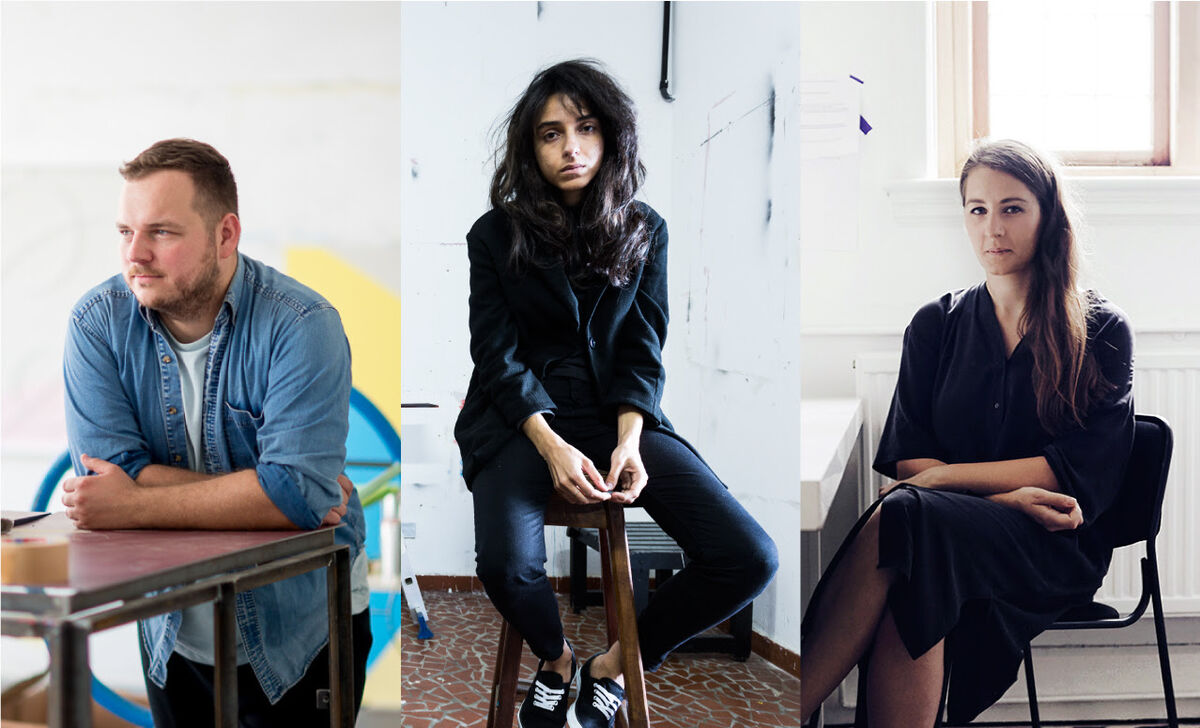 30 Emerging Artists to Watch This Summer

Your Daytrip Guide to the Art of the Berkshires
—Kat Herriman

Will Deep Budget Cuts Stifle Britain’s Next Generation of Artists?

Bernard Jacobson on Why Robert Motherwell Is “America’s Great Artist”

on the politics of art 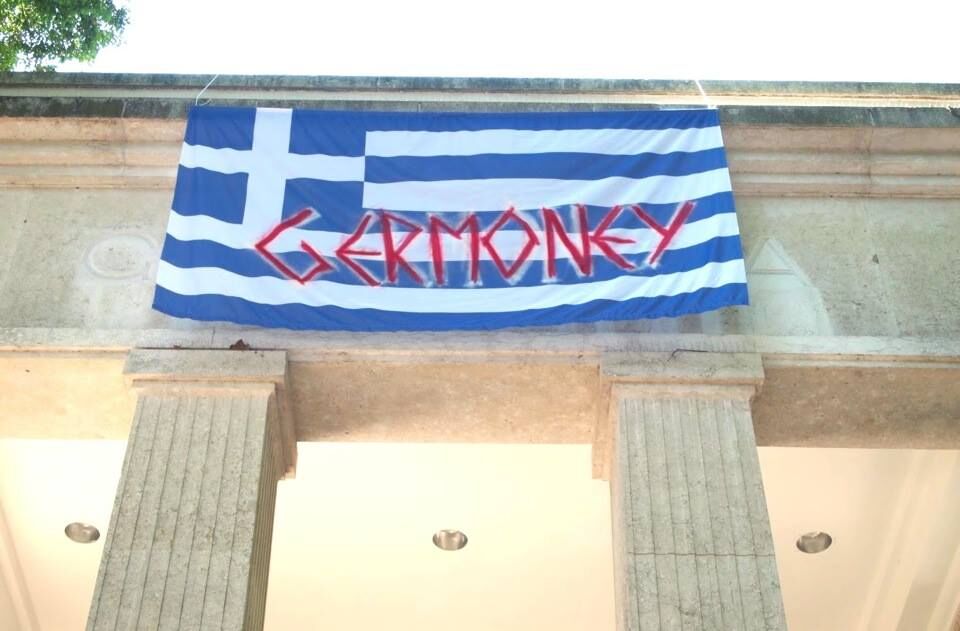 Advertisement
Street artist Shepard Fairey turned himself in to Detroit officials Wednesday morning, following his arrest in a Los Angeles Airport upon his return from Europe. He is being charged with two counts of malicious destruction of property for tagging nine properties, to which he has plead not guilty. (via the Los Angeles Times)
In 2018, the Musée du Louvre will begin transporting more than 250,000 artworks to a storage space in the small city of Liévin. The decision has drawn protest from 42 out of the museum’s 45 curators. The complex is yet to be built, but it was announced last week that British firm Rogers Stirk Harbour and Partners will be in charge of its design. The move, which was signed in 2013, will take at least five years to complete. (via The Art Newspaper)
Danh Vō
and Bert Kreuk have begun a war of words after the contentious court ruling last month that declared Vo responsible for producing a new work for Kreuk within a year. Vo lashed out with a proposition for the work: a site specific wall piece of a line from The Exorcist, “SHOVE IT UP YOUR ASS, YOU FAGGOT”—Vo adds that Kreuk would have a voice in the selection of font and color. Kreuk publicly responded, stating that he thinks “it is now clear for everyone why I had to start a court case for the first time in 20 years.” (via artnet News)
The artists who were shown as a part of the German Pavilion at this year’s Venice Biennale,
Tobias Zielony
,
Jasmina Metwaly
, Philip Rizk,
Hito Steyerl
, and
Olaf Nicolai
, are showing support for Greece through the prominent display of the country’s flag. The artists hung a Greek flag, with the word “Germoney” above the pavilion’s entryway as a statement of protest to the austerity measures Germany is imposing on Greece. (via Artforum)
Michael Heizer
’s land art piece City (1972) has been in danger due to the possible development of a nuclear waste rail line through the region. But President Barack Obama has declared the area a national monument, protecting the iconic Basin and Range landscape and the artwork from environmental threats. (via Hyperallergic)
Performance artist
Tania Bruguera
’s passport has been returned to her by Cuban authorities, following over six months of arrests and detainments while she continued her performances. Meanwhile, Bruguera has also been appointed as the first artist-in-residence for the New York City Mayor’s Office of Immigrant Affairs, starting later this month. For the residency, she will communicate with undocumented workers to help them utilize the services offered in the idNYC program. To add to her many headlines this week, the Museum of Modern Art has acquired her video installation Untitled (Havana 2000), a performance piece originally presented at the 2000 Havana Biennale. (via Artforum)
The Smithsonian has broken its silence regarding the inclusion of works owned by Bill Cosby and his wife in its current exhibition at the Museum of African Art, announcing that there will be a sign stating that the show is “fundamentally about the artworks and the artists who created them, not Mr. Cosby.” The Smithsonian reportedly hid the fact that it received a $716,000 gift from Cosby—an amount that would fully cover the costs of the current exhibition. (via NPR) 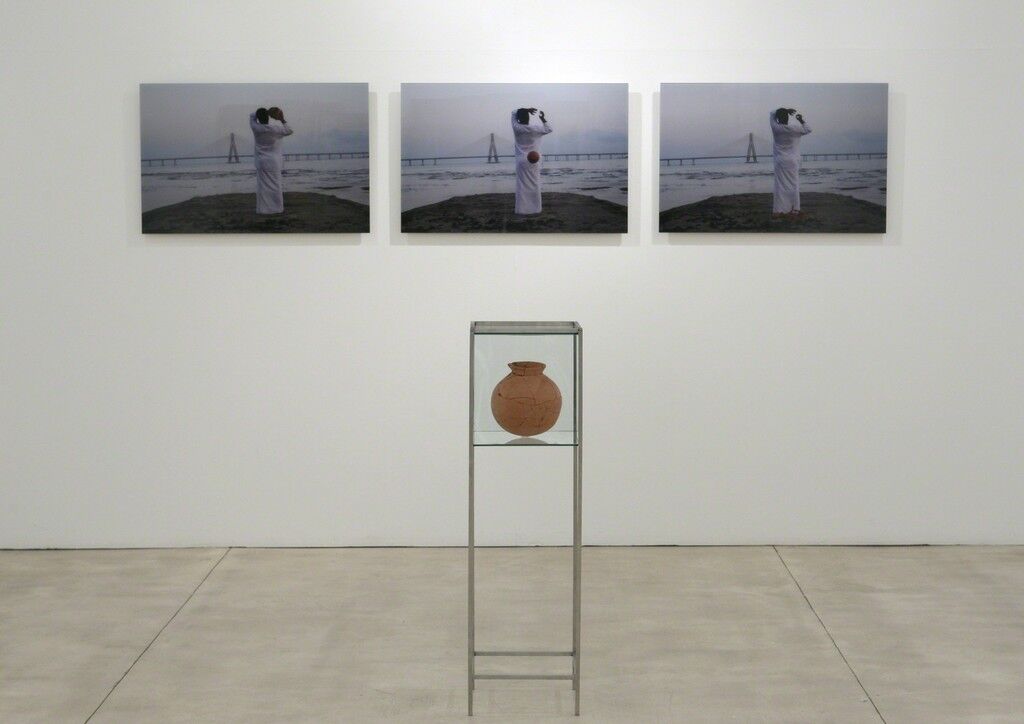 Sudarshan Shetty
Untitled (from the show "the pieces earth took away"), 2012
Galerie Krinzinger
Art Basel has announced that Noah Horowitz will be the next director of the fair’s Miami Beach edition. Horowitz will be leaving his position as executive director of the Armory Show in New York, which he has held since 2011. (via the New York Times)
The proposed plans for a five-year loan, starting in 2017, from the British Museum to the Sayed National Museum in Abu Dhabi could be valued up to $1.56 billion, according to insurance estimates. Approximately 500 pieces have been put on reserve for the future loan, which will come along with an annual fee that will alleviate the financial strain the British Museum has been facing after cuts to its funding. (via the Art Newspaper)
The Denver Art Museum has hired Tianlong Jiao as their new Joseph de Heer Curator of Asian Art. Jiao comes from San Francisco’s Asian Art Museum, where he was the curator and head of the department for Chinese art. (via Artforum)
Lisa Gold, previously Washington Project for the Arts’ executive director, has been appointed the director of public engagement for the Hirshhorn Museum and Sculpture Garden in Washington, D.C. (via ARTnews)
Kochi-Muziris Biennale has named artist
Sudarshan Shetty
the artistic director and curator for its third edition. (via Artforum)
Brian and Bina Garfield are donating letters, interviews, photographs, and other materials passed down to Bina Garfield from her mother, Frances O’Brien, to the Georgia O’Keeffe Museum in honor of the friendship between O’Brien and Georgia O’Keeffe. (via Artforum)
Yesomi Umolu has be hired as the new exhibitions curator for the University of Chicago’s Reva and David Logan Center for the Arts. Umolu comes from Michigan State University’s Eli and Edythe Broad Art Museum, where she was the assistant curator. (via Artforum) 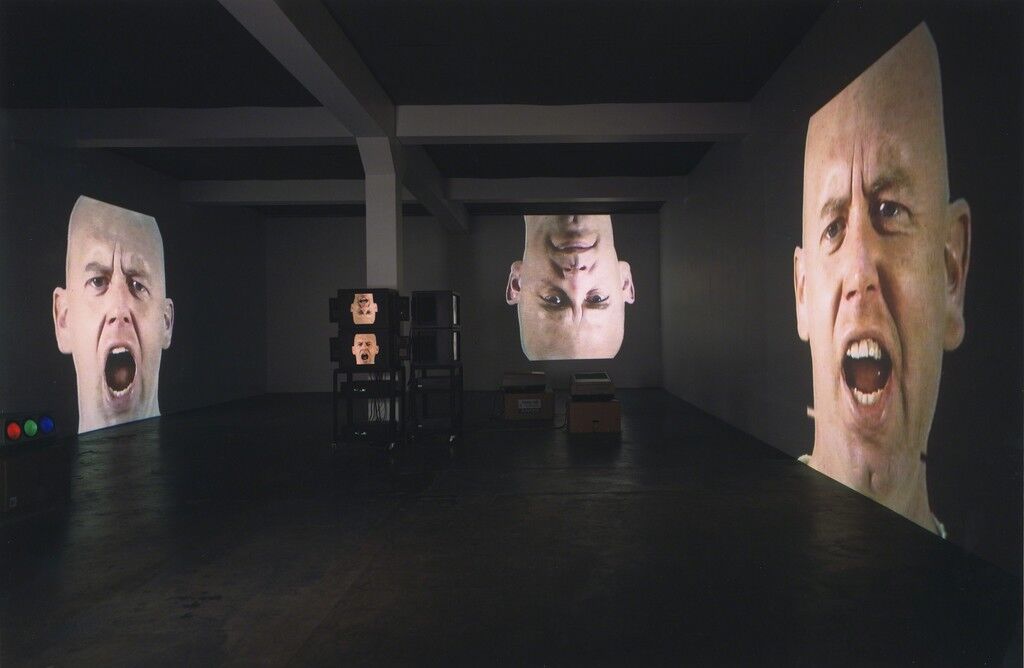 Bruce Nauman
Anthro/Socio (Rinde Facing Camera), 1991
"Bruce Nauman," at Fondation Cartier pour l’art contemporain, Paris (2015)
A
Bruce Nauman
retrospective is being planned for New York’s Museum of Modern Art and the Schaulager in Switzerland. The traveling exhibition, which is set to begin at the Schaulager in March 2018, will be the artist’s first retrospective since 1993. (via ARTnews)
The seven artists who will participate in this year’s Primavera exhibition at the Museum of Contemporary Art in Sydney have been revealed. The exhibition, which highlights Australian artists under the age of 35, will feature work by
Abdul Abdullah
, Heather Douglas, Taloi Havini, brothers Vincent and Vaughan O’Connor, Steaphan Paton, and Lucy Simpson, and will be curated by Nicole Foreshew. (via ArtInfo)
Minsheng Contemporary art museum, China’s largest public art space, has opened in a former electronics factory in Beijing following the completion of three years of renovations. The new museum spans over 375,000 square feet. (via designboom)
Shortly following the approval of Frank Gehry’s design for the Eisenhower memorial, Taiwan announced that it will donate $1 million towards the $142 million memorial, which will find its home on the National Mall. (via The New York Times) 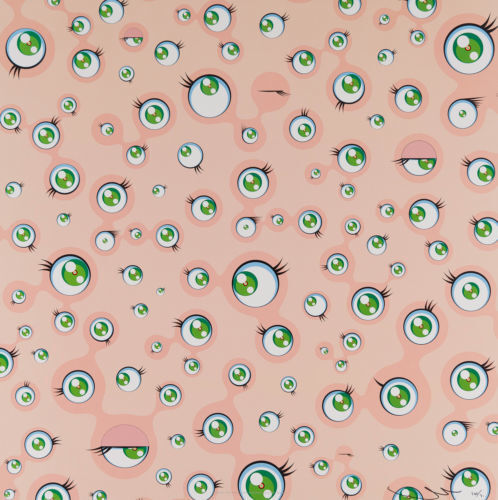 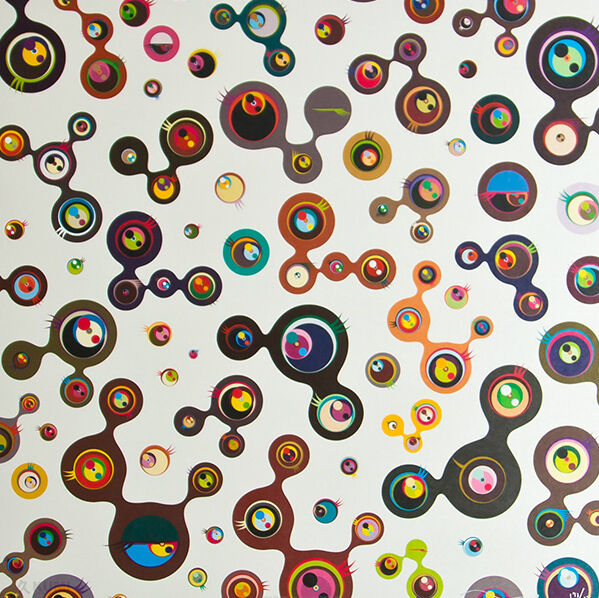 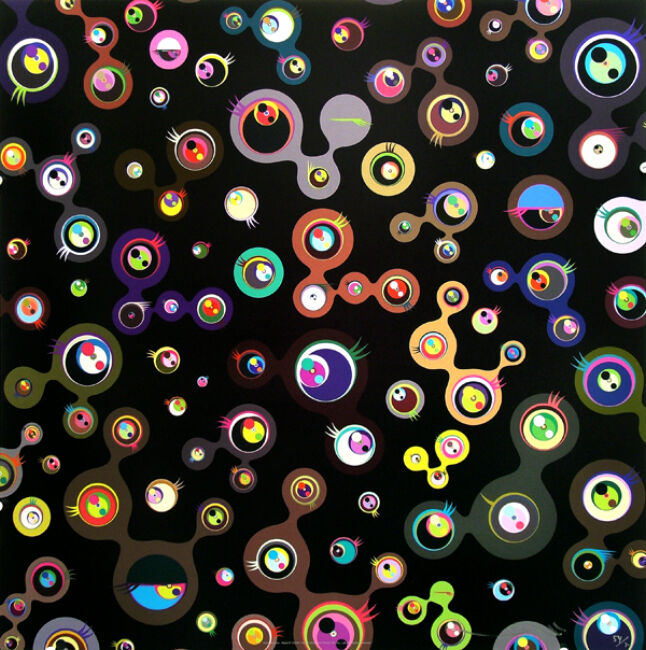 Takashi Murakami
Jellyfish Eyes - Black 5, 2004
Nohra Haime Gallery
For Detroit Artists, Almost Anything Goes (via The New York Times)
The Crime of Being an “Avant-Garde” Artist (via Hyperallergic)
A Fearful Frenzy: The Art Market Now (via the New Yorker)
Review: ‘Jellyfish Eyes,’ a Children’s Film From Takashi Murakami (via The New York Times)
Make your weekend plans with our preview of exhibitions on view in cities across the globe.
Related Stories