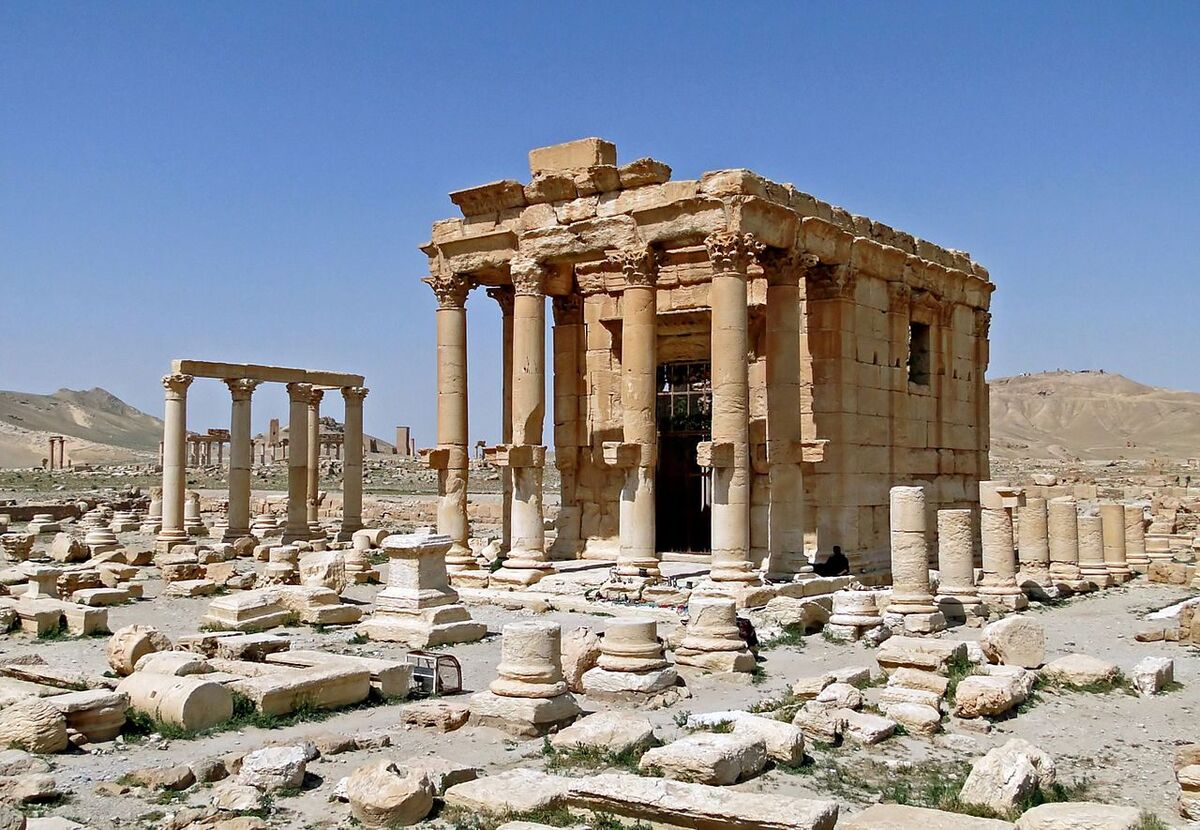 Khaled al-Asaad, the chief of antiquities in Palmyra, Syria, was publicly beheaded by ISIS on Tuesday. The 82-year-old scholar was captured a month ago and held in captivity while the group questioned him on the whereabouts of treasures in the city. Palmyra’s historic ruins have so far avoided the destruction perpetrated on other ancient sites captured by ISIS. (via The Guardian)
Update: Since the time of publishing, reports that ISIS has set off explosions in Palmyra’s Temple of Baalshamin— one of the better-preserved pieces of architecture in the Roman-era Unesco World Heritage site—have been confirmed by Syrian officials. The exact timeline of its destruction is in dispute, with some saying it took place as recently as Sunday.

The Italian ministry of culture has appointed 20 new directors to its state museums. The new hires are split evenly between men and women and include seven non-Italian Europeans. Among them, German art historian and curator at Minneapolis Institute of Arts Eike Schmidt will become the first foreign director of Florence’s Uffizi Gallery and Walters Art Museum curator Martina Bagnoli will head the Estense Gallery in Modena. (via The Art Newspaper, Artforum)

Forbes published an exposé on the Academy of Art University (AAU), which, under the leadership of Elisa Stephens, has transformed from a regional institution into one of the nation’s largest private art universities. As Katia Savchuk reports, the university lures “starry-eyed art students into taking on massive amounts of debt based on the ‘revolutionary principle’ (Stephens’ phrase) that anyone can make a career as a professional artist. No observable talent is required to gain admission to AAU. The school will accept anyone who has a high school diploma and is willing to pay the $22,000 annual tuition (excluding room and board), no art portfolio required.” (via Forbes)

Missouri’s Kansas City Art Institute received an anonymous donation of $25 million this week, as it celebrated its 130th anniversary. The college, which has trained the likes of
Robert Rauschenberg
,
Nick Cave
, and Walt Disney, will be using the money to renovate its campus and increase the number of scholarships awarded. (via the New York Times)

The Moscow Manege’s “Sculptures We Do Not See” exhibition was vandalized by members of the right-wing Christian activist group God’s Will. Four works by Vadim Sidur and one by
Megasoma Mars
were damaged in the attack, during which organizer Dmitry ‘Enteo’ Tsorionov made claims that the gallery was breaking laws by mocking Jesus Christ and the Virgin Mary. (via the Guardian)

Michael Govan will receive the 2015 Leo Award from Independent Curators International (ICI). The award is given to those who have made groundbreaking contributions while supporting contemporary artists. Govan ishas been the director of the Los Angeles County Museum of Art (LACMA), a position he has held  since 2006, before which he was both president and director of Dia Art Foundation. (via ARTnews)

A red sandstone Roman altar was stolen from the Senhouse Museum in Maryport on Thursday. Discovered in 1880 and a part of the Netherhall Collection, the altar was “forcibly wrenched” from a display during opening hours. (via BBC News)

Vice chairman of the Whitney Museum’s board of trustees, 82-year-old Melva Bucksbaum died this week. The extensive collector and trustee at numerous other institutions created the prestigious Bucksbaum Award, the $100,000 prize presented to an artist showing in the Whitney Biennial. (via ARTnews)

The National Gallery of Australia has removed a collection of 13 deity sculptures from display as they arrange for them to be returned to their original locations in India. The collection, valued at $11 million, were purchased from dealer Subhash Kapoor, who is accused of organizing a $100 million smuggling ring through his New York gallery, Art of the Past. (via ARTnews)

Canadian artist Cal Lane found one of her lost artworks when it turned up at auction on the website MaxSold, after a bidder emailed her asking for the title of the work. The print disappeared a year ago on its trip from New York to Montreal for an exhibition at gallery Art Mûr. (via Hyperallergic) 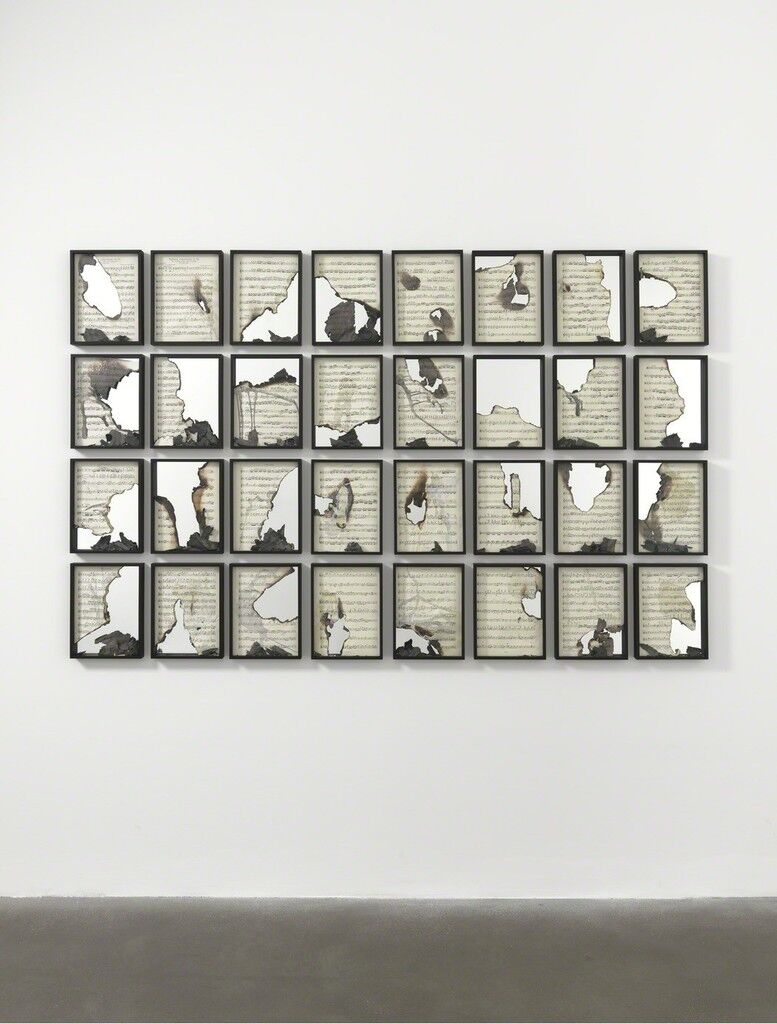 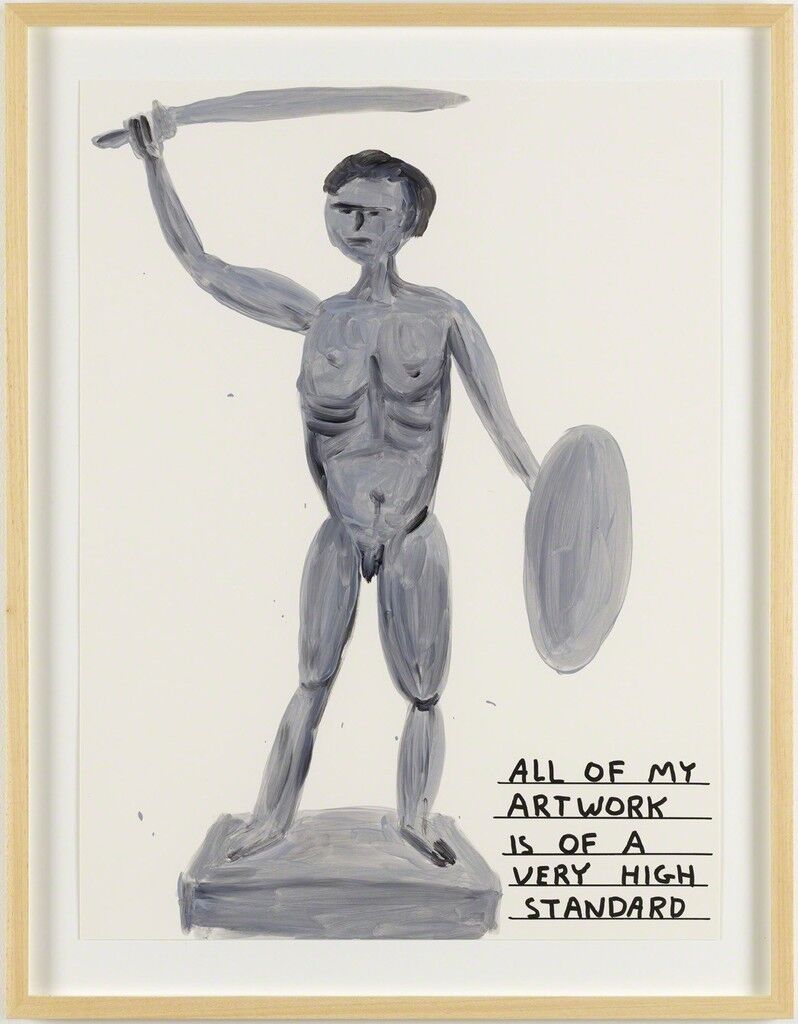 Untitled (All of my artwork), 2014
Galleri Nicolai Wallner
Reiterating its ardent support for the academic and cultural boycott of Israel, tThe Human Rights Human Wrongs Festival in Oslo has rejected the documentary “The Other Dreamers” by Roy Zafrani. support of the academic and cultural boycott of Israel. (via the New York Times)
Scottish Turner Prize winners and nominees are taking their work on the road with an exhibition in a bus that they are calling the Travelling Gallery—because it will be making its way around Scotland this fall in the leadup to the announcement of the winner in December. (via the New York Times)
Susanne Hilberry, owner and director of Susanne Hilberry Gallery in Detroit, passed away this week at 72 due to complications with a brain tumor. (via ARTnews)
67-year-old photographer Tony Gleaton died this week, leaving behind his photography documenting the lives of descendants of African slaves across the United States and Mexico. (via the New York Times)
Frank Gehry has been working with Los Angeles city authorities to help a $1.4 billion redesign project of the L.A. river basin waterway in an effort to revive public use of the space. (via the Los Angeles Times)
The FBI has released details of the ongoing investigation into the theft of six works by
N.C. Wyeth
in 2013—evidence leads to Larry Estrella, Dean Coroniti, and Oscar Roberts, who have been convicted of selling the works at pawn shops, from which four of the six paintings have been recovered. (via ARTnews)
Jerry N. Smith has been hired as the new chief curator of the Museum of Fine Arts, St. Petersburg. (via Artforum)
Marc Straus Gallery has announced that art advisor Ken Tan will serve as the gallery’s new director. (via ARTnews)
Pew fellow and Warhol Foundation curatorial fellow Lucía Sanromán will be heading to Yerba Buena Center for the Arts to become the new director of visual arts. (via Artforum)
At the end of this month, Sotheby’s Australia will be auctioning impressionist painter John Russell’s largest composition, Ariadne (1883), which has been in a private collection since 1973. (via ArtInfo)
The lineup for the 53rd New York Film Festival, “Projections,” has been announced by the Film Society of Lincoln Center, curated by Dennis Lim and set to include 14 international programs. (via Artforum)
Expo Chicago fair has revealed the list of works that will be in its In/Situ and Expo Projects for this year’s edition, which opens September 17th. (via ARTnews)
The Jewish Museum and the Tolerance Centre in Moscow have announced plans to build a pavilion for temporary exhibitions, simultaneously stating that Steven Spielberg’s collection of 52,000 interviews with Holocaust survivors will be displayed as a part of the museum’s permanent collection. (via the Art Newspaper)
Phoenix Art Museum has tapped Gilbert Vicario, who works at the Des Moines Art Center, to become its new chief curator. (via Artforum)
Walker Art Center associate curator Eric Crosby will be moving to the Carnegie Museum of Art, where he will become the Richard Armstrong Curator of Modern and Contemporary Art. (via Artforum)
New Orleans mayor Mitch Landrieu has announced plans to subvert Confederate statues in the city, indicating that artists might be requested to “treat” the statues in order to change the power of the monuments. (via the Art Newspaper)
Make your weekend plans with our preview of exhibitions on view in cities across the globe.
Related Stories

This Artwork Changed My Life: Lorenzo Ghiberti’s “Gates of Paradise”