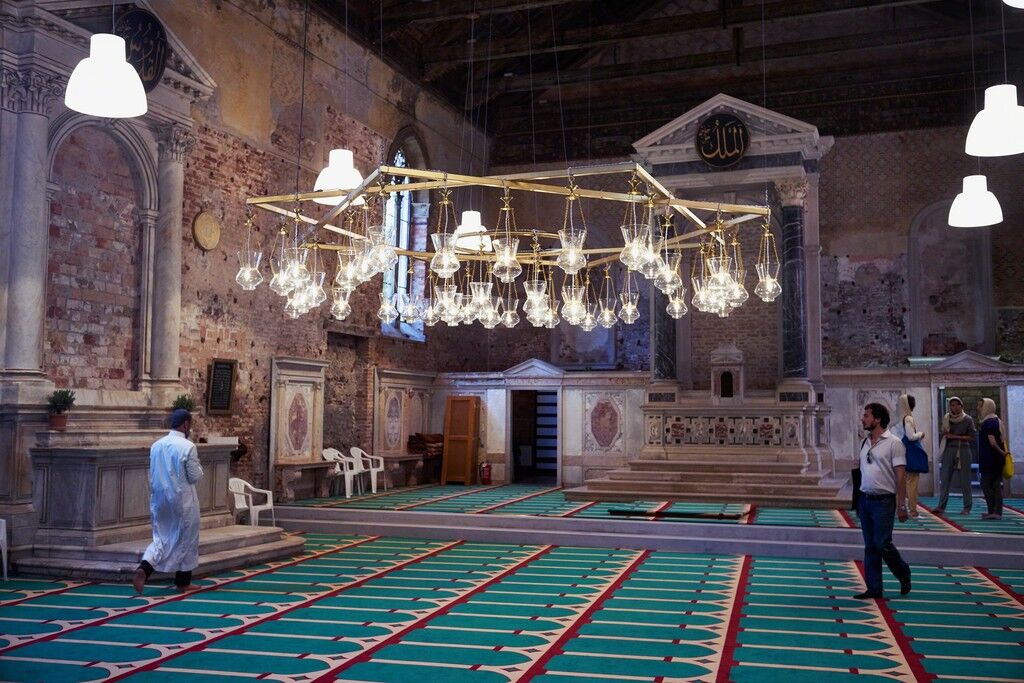 ARTnews and Art in America announced a $3.4 million merger on Tuesday. Under the terms of the deal, current Art in America owner Peter Brant will assume a controlling interest in the combined companies, with the web content and archives of both publications offered through artnews.com and print publication of the magazine continuing for the forseeable future. (via the New York Times)

Alex Farquharson has been hired as Tate Britain’s new director, replacing Penelope Curtis, whose five-year term has been filled with controversy. Farquharson is the founder of Nottingham Contemporary, and is a member of the Arts Council Collection’s acquisition committee. (via Artforum)

The commissioning body behind Christoph Büchel’s Icelandic pavilion for the Venice Biennale has sued the city of Venice with the aim of immediately reopening “THE MOSQUE.” The Icelandic Art Center also requesting €360,000 plus damages in the claim, which went before a Veneto court this week. Büchel’s project saw the disused Santa Maria della Misericordia church repurposed as a mosque and Muslim community center and was shut down just two weeks after the opening of the Biennale in May. City authorities allege that the mosque exceeded capacity restrictions. However, the Icelandic Art Center maintains that it kept meticulous track of occupancy and that the maximum number of 100 individuals was never breached. (via The Art Newspaper)

Just in time for the Seattle Art Fair’s debut this weekend, Microsoft co-founder Paul Allen announced that he will open a non-profit for the arts as part of his Allen Institute for Brain Science. Named Pivot Art + Culture, the 4,000-square-foot space will be helmed by Ben Heywood, previously of Minneapolis’s The Soap Factory, and will open in December. (via Minneapolis Star Tribune)

In a quirky turn of events, Ai Weiwei was denied a visa earlier this week when British authorities falsely claimed that he had lied on his application because of the absence of a declaration of his “criminal conviction.” Though the artist was detained in China in 2011, he was neither charged nor convicted of any crimes. But the Home Office has asserted that Ai will be receiving a six month visa after Home Secretary Theresa May herself looked into the case. (via BBC News)

The Metropolitan Museum of Art published its attendance figures on Monday, announcing that the institution attracted a record-breaking 6.3 million visitors in the past year. While this makes the fourth year in a row that their figures have surpassed six million, the average amount guests paid to enter—as measured against the Met’s suggested $25 donation—has slightly decreased, falling from $11 to “10 dollars and change,” according to a museum spokesperson. (via The New York Times)

Another art fair is joining the already packed list of fairs open for the week of Art Basel in Miami Beach this December. The new satellite fair, titled Satellite, will be taking over four vacant buildings in North Beach, with each building sub-curated by a different individual or organization with an overarching theme. (via artnet News)

Shigeko Kubota, a pivotal member of the 1960s Fluxus movement, died this week at the age of 77. The Japanese artist’s avant-garde work combined sculpture and video in investigations of profoundly personal concepts. She was married to another Fluxus artist, Nam June Paik, who died in 2006. (via the New York Times)

The New Museum in New York has announced that Dennis Szakacs will be its first Associate Director, a position created to oversee finance and development as related to upcoming expansion. Szakacs is coming from the Orange County Museum of Art, where he was director and CEO. The suggestion of expansion follows a trend for major museums in the city, with the recent Whitney move and forthcoming growth for the Metropolitan Museum of Art and the Studio Museum in Harlem. (via ARTnews)

Anish Kapoor’s ArcelorMittal Orbit, the tower that served as the torch for the 2012 Olympic games in London, is soon to become “the world’s longest and tallest tunnel slide.” Visitors will have to cough up £17 for the 40-second ride, circling the 377-foot-tall tower five times.  (via The Telegraph)

Citing last year’s Jeff Koons retrospective as an inspirational model for kid-friendly exhibitions, the Steven and Alexandra Cohen Foundation has donated $2 million to New York’s Whitney Museum of American Art to support the institution’s educational programming. (via Artforum)
The National Endowment for the Humanities has released the list of recipients for the $36.6 million dollars awarded in its latest grant cycle, among them the Philadelphia Museum of Art and Maine’s Portland Museum of Art, both of which received $400,000. (via Artforum)
Boeing has donated $20 million towards the $100 million expansion of New York’s Kennedy Center, the second gift in the Center’s campaign thus far. (via The Washington Post)
Michigan State University’s Broad Museum of Art has announced a fall exhibition surveying video art over the past 50 years. The show was one of the last to be planned by the museum’s late director Michael Rush before his death earlier this year. (via ARTnews)
U.S. nonprofit Artadia has added four new members to its board of directors, among them artist
Nick Cave
and LACMA curator Franklin Sirmans. (via ARTnews)
1:54, the art fair devoted to contemporary African art, has announced the exhibitors for its third edition in London this October. (via Artfix Daily)
Make your weekend plans with our preview of exhibitions on view in cities across the globe.
Related Stories