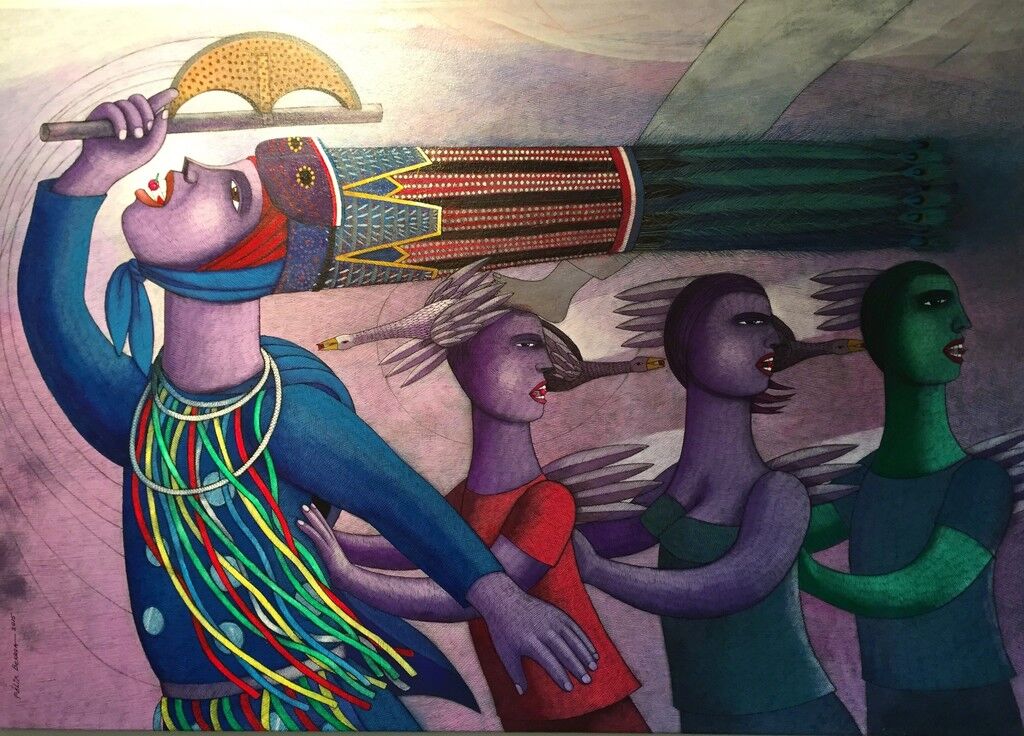 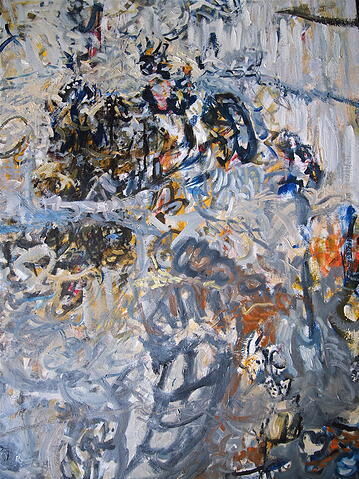 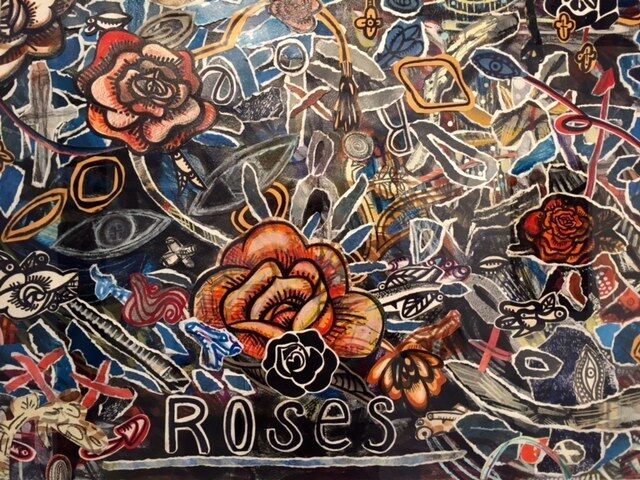 Reinaldo Vargas
Roses, 2015
Studio 905 on Juniper
Each work here hovers between ethereal and earthly, abstract and representational. Cuban-American Reinaldo Vargas, who was formerly a poster designer in Havana and is now based in Atlanta, presents complicated paintings which mark a moment in his career when he boldly steps away from pure realism. Jumbles of kaleidoscopic elements nod to mysticism in many forms, with a special emphasis on the Afro-Caribbean religion Santeria. Similarly, Felix Berroa pulls symbolic imagery from the traditions of his native Dominican Republic. Followers depicts a figure in ceremonial dress with face raised to the heavens crossing the canvas, trailed by a procession of people who seem to be dancing. Other works are steeped in the concept of a sacred female—fusing the forms of women with those of angels or birds. 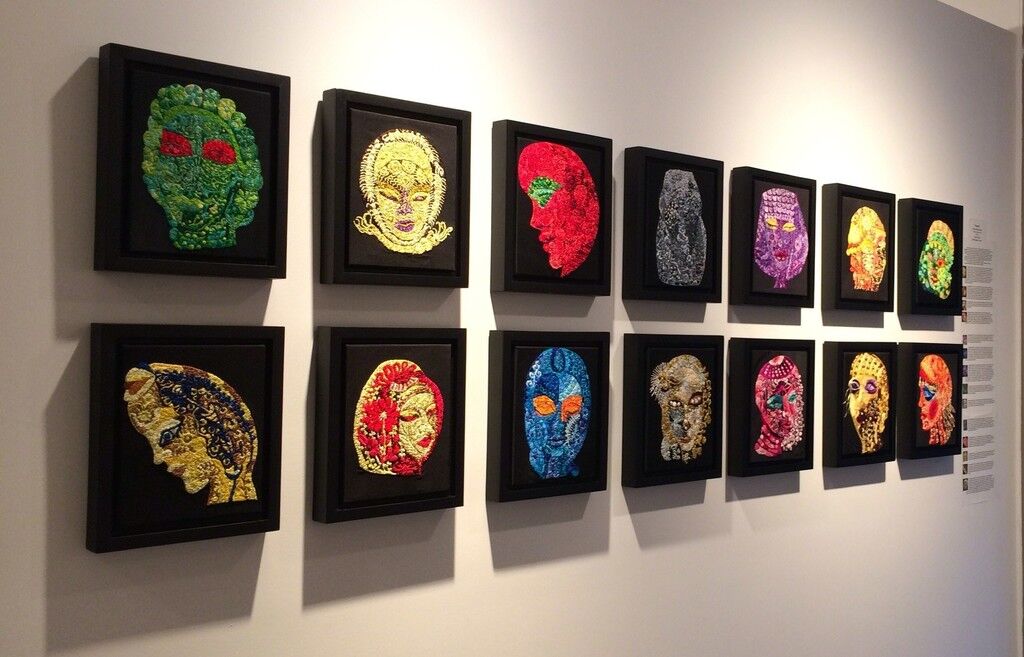 Brikena Boci
Anonime 1991-2003, 2013-2014
Studio 905 on Juniper
Works by Brikena Boci explore a more personal understanding of femininity. Born in Albania and now residing in Georgia, Boci unpacks the gap between her life as a female artist and her traumatic wartime upbringing in Kosovo and Albania. In My Eyes (2015) offers startling imagery of a painful birth into a world of chaos, while the complex adornments of the “Nusja Bride” series render the traditional garb of her homeland with gentle attention to detail, seen also in Anonime 1991-2003 (2013-2014). These embroidered works mark a return to materials familiar to her childhood, which Boci notes often consisted of playing with self-made toys constructed from scavenged textiles and fiber. 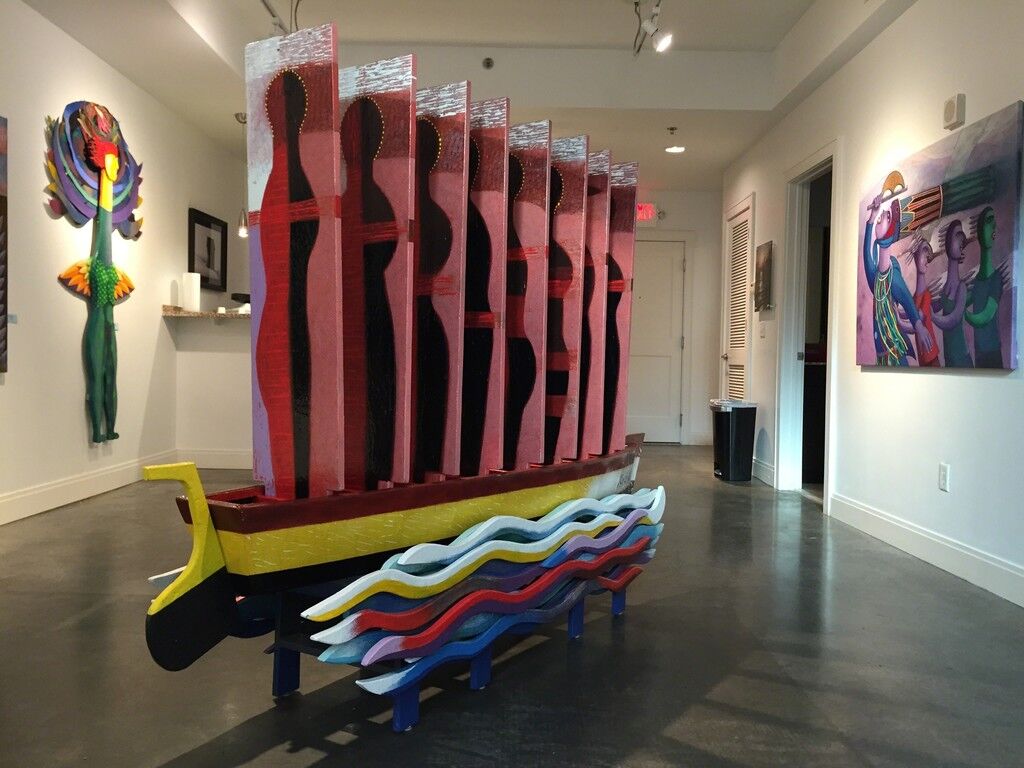 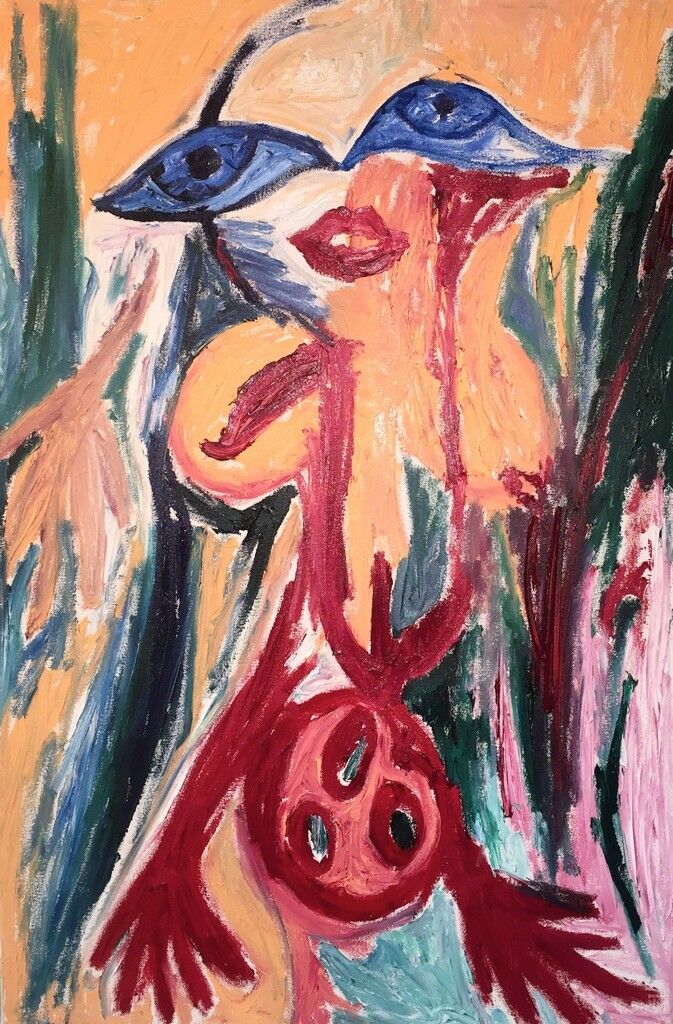