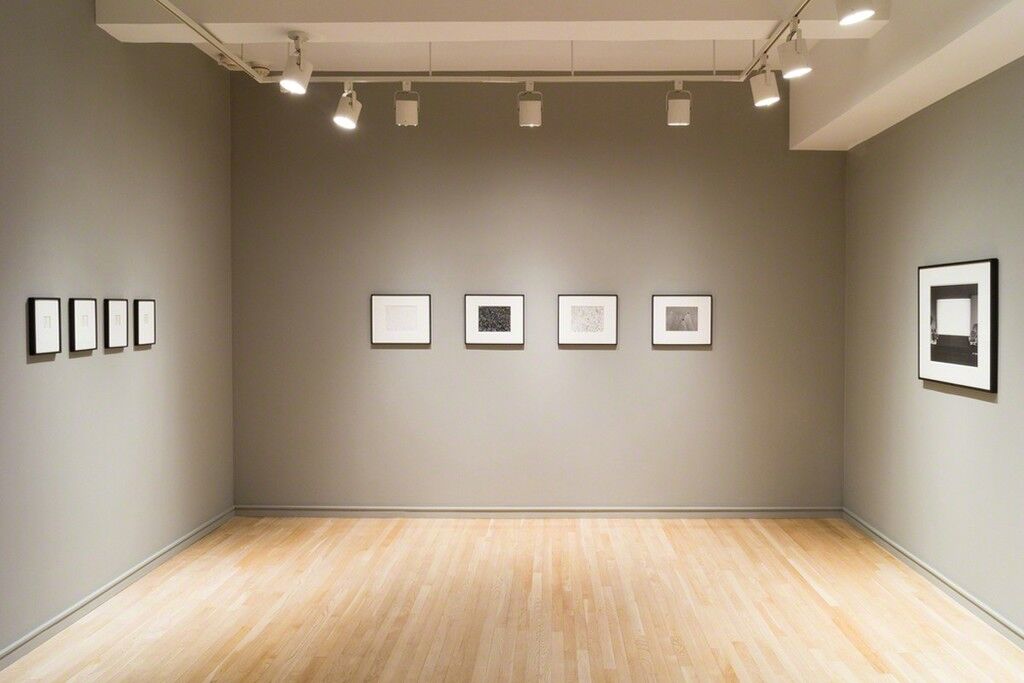 Harry Callahan
,
Dawid
(Björn Dawidsson), and
Hiroshi Sugimoto
hail from different parts of the world, and Callahan was already an established photographer around the time the other two artists were born, in the late 1940s. The three photographers all shot with large format cameras, embraced geometric forms, and centered their images around specific motifs.
In the case of the American-born Callahan, the motif was a human one. The late photographer often captured images of key figures from his personal life—the subject at the center of Eleanor, Chicago (1949) was his wife—and of the built environment, like the windows of Chicago (1949). In both of these images, as well as in other photographs focused on details from the natural world, Callahan’s attention to composition, and his careful balance of light and dark, shine through. 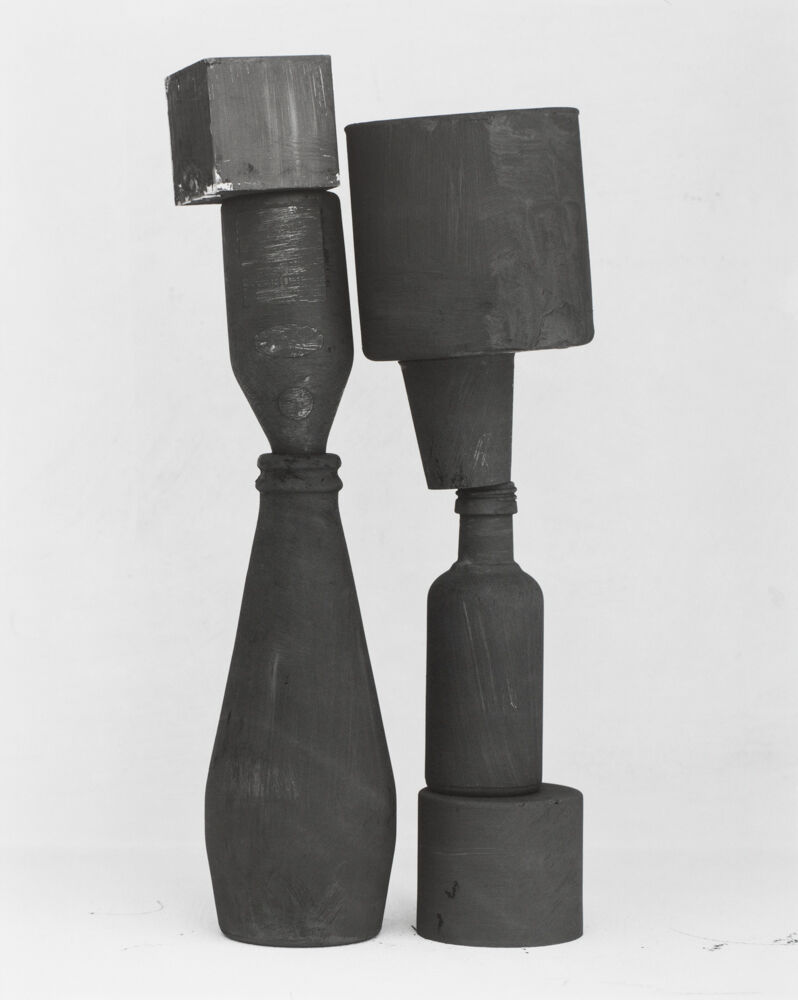 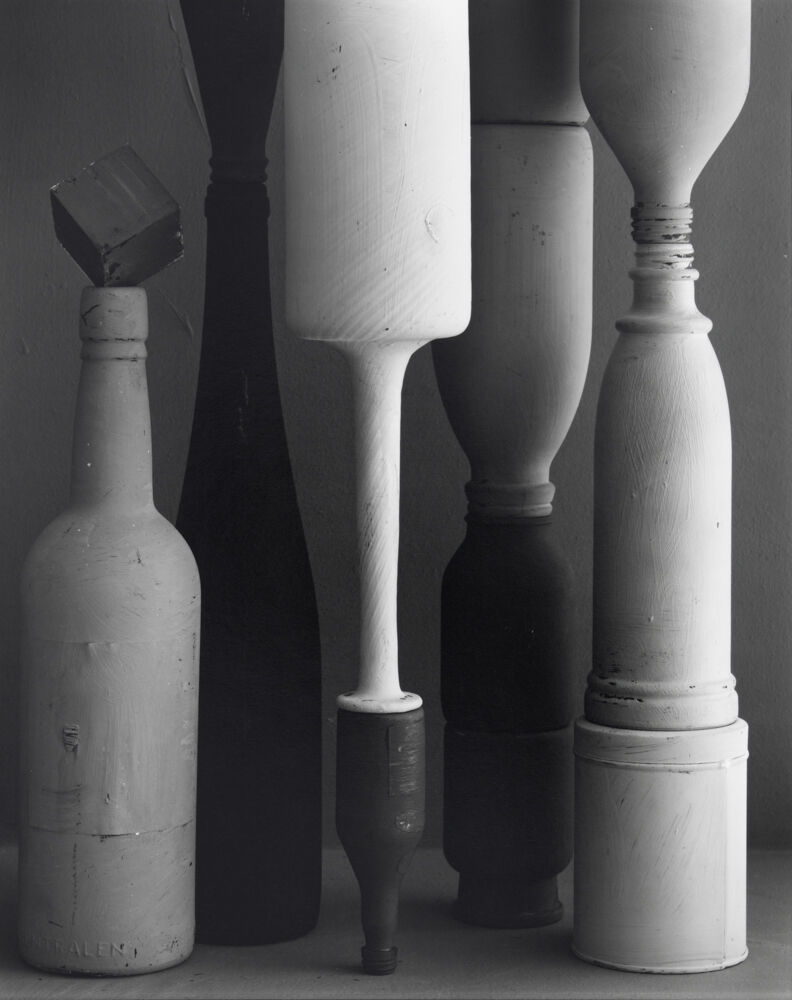 Dawid
#1141, 1983
Pace/MacGill Gallery
The same could be said of Swedish artist Dawid, born in 1949—the same year Callahan photographed his wife in Chicago. Based in Stockholm, Dawid shoots vases, but these intriguing works have more to do with the sensual forms of the vessels than their functional purpose. #1141 (1983) and #1027 (1983) are variations on a theme. One pictures light-colored vases against a dark background, and the other, dark-colored vases against a light background. If you notice a similarity between the shape of the vases and the shape of Callahan’s nude Eleanor—you’re not off base. 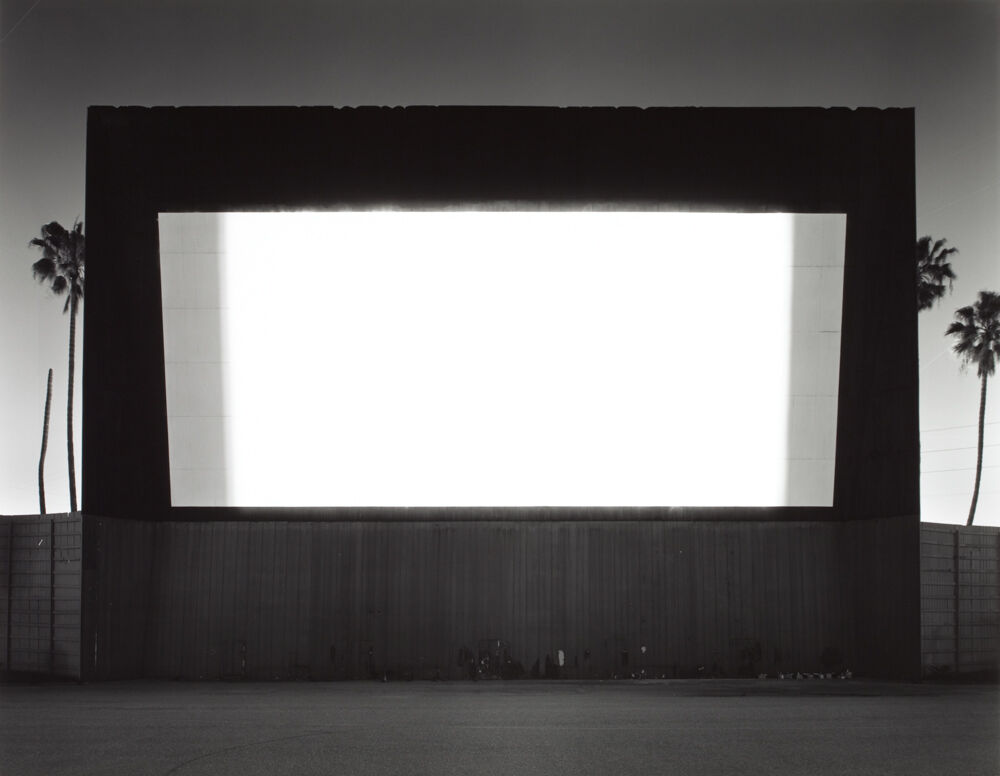 Hiroshi Sugimoto
Hi Way 39 Drive-In, Orange, 1993
Pace/MacGill Gallery
Advertisement
Sugimoto rounds out the trio. The Japanese photographer shoots performance spaces, such as cinemas and theaters, as well as Buddhist imagery, natural landscapes, and museum dioramas. Pace/MacGill features his photographs of classic drive-in movie theaters. In Hi Way 39 Drive-In, Orange (1993) and Vermont Drive-In, South Bay (1993), the light tones are so bright, and the dark ones so shadowy, that the movie screens display brilliant bursts of white light, rather than discernable imagery from the film’s narrative.
Like the photographs by Callahan and Dawid, Sugimoto’s works are experiments in tonality, contrast, and the use of positive and negative space. Together, these photographs aren’t just black and white, they’re an investigation of the form itself—each piece an exploration of what might be achieved, artistically, in the absence of color.
—Bridget Gleeson
“Callahan, Dawid, Sugimoto” is on view at Pace/MacGill Gallery, New York, Oct. 29–Dec. 19, 2015.
Follow Pace/MacGill Gallery on Artsy.
Related Stories