In Tino Sehgal’s Latest Show, Visitors Must Confront Themselves 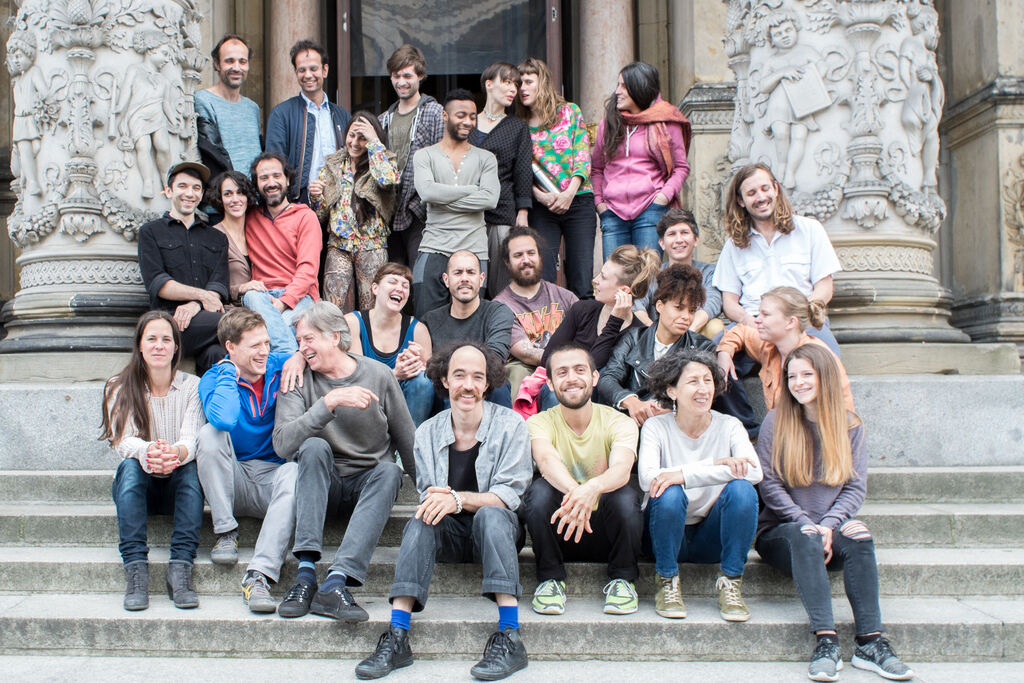 Tino Sehgal
Tino Sehgal, 2015
"Tino Seghal" at Martin-Gropius-Bau, Berlin (2015)
It’s unusual to see so much
Tino Sehgal
in Berlin (even though I saw the artist himself nearly daily for years, having long lived half a block from him). But this summer an exhibition of five Sehgal works is on view at Martin-Gropius-Bau, the artist’s first major showing in his hometown. And it’s about time. Covering the institution’s expansive first floor, the exhibition is characteristically unmediated—it’s billed solely as “Tino Sehgal,” and eschews the usual exhibition trappings. No posters, no catalogue, certainly no explanatory press release. Here he presents five “situations” played out by a cast of human “interpreters” in spaces that visitors must navigate and at times participate in—to varying degrees depending on comfort levels and predilections.
Sehgal followers will recognize some of the artist’s greatest hits. In the museum’s vast atrium is Kiss (2002), which sees a couple enacting famous kisses from art history over several hours, including
Jeff Koons
’s sexually charged early 1990s clinches. There’s This Situation (2007), in which a group of six men and women discuss topics, prompted by centuries-old quotes deemed relevant to society today. When I was there, the interpreters discussed a dysfunctional relationship in a mishmash of English and German; it felt something like a group therapy session. In an airy room nearby, groups of varying size do slow-motion modern dance moves to Bobby McFerrin-esque wordless singing and percussive mouth sounds. The haunting Ann Lee—first performed in 2011, a standout at Frieze New York in 2013, and also on view now in New York in
Philippe Parreno
’s Park Avenue Armory exhibition—sees an ethereal prepubescent girl, alone in a large carpeted room, recite a script describing her transition from manga character (famously “purchased” by French artists and friends of Sehgal,
Philippe Parreno
and
Pierre Huyghe
, in 1999) to a multidimensional being. She speaks of “hanging out with Tino, who also seems very busy,” and then asks visitors dumbfounding questions. 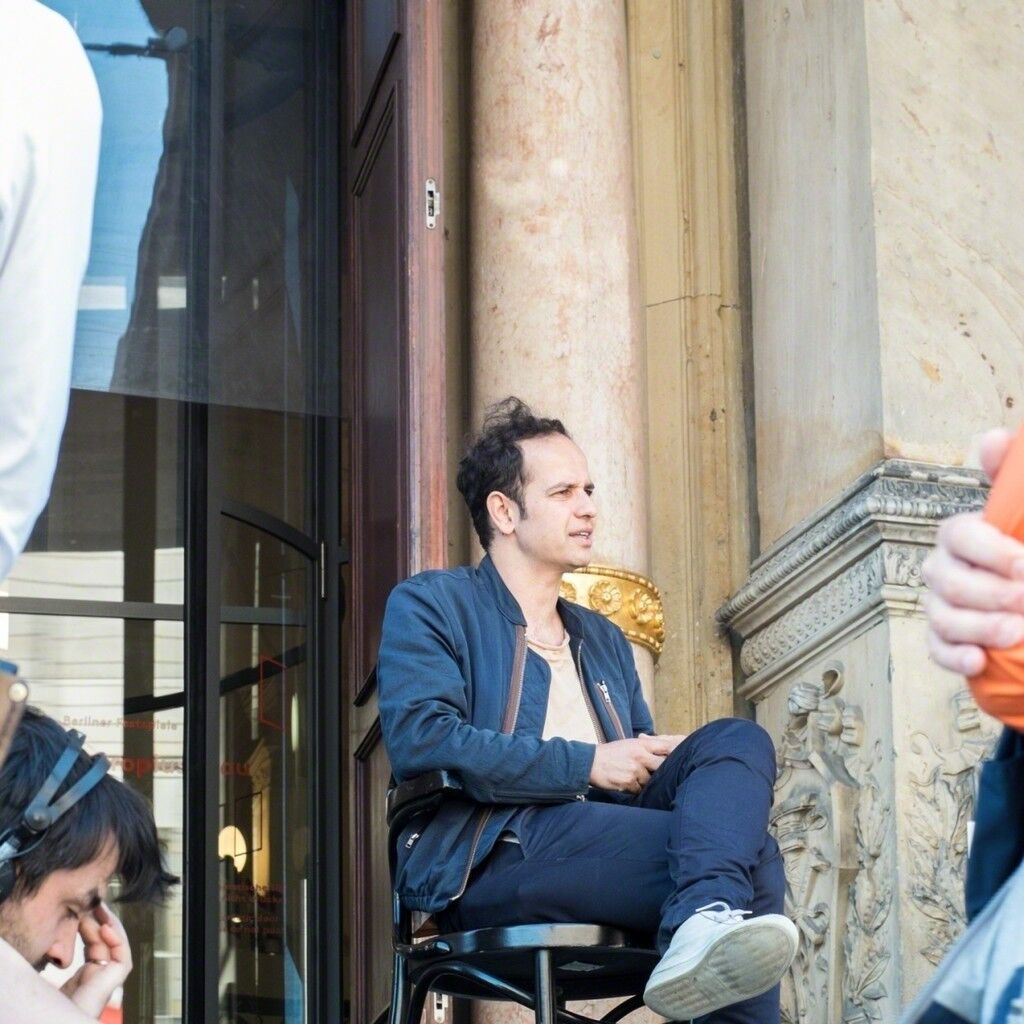 Tino Sehgal
Tino Sehgal, 2015
"Tino Seghal" at Martin-Gropius-Bau, Berlin (2015)
Then there’s This Variation (2012), familiar to those who visited Documenta 13. In a dark room that’s initially disorienting, a large group delivers complex a cappella songs, choreographed dances, and philosophical semi-scripted dialogues about the world’s sorry state, mental health, underpaid labor, and more. It sometimes feels like Heidegger meets Oprah, but it’s transfixing. Amid the boisterous breakbeats and braininess, visitors are forced into the action, which results in a mashup of comfort and discomfort, light and dark. I was initially horrified when a female interpreter held me against the wall while sweetly singing of embraces; then I relaxed and almost wanted to embrace her myself. Works like this engender an acute awareness of one’s humanity, weaknesses, and strengths, as well as the limits and rules of one’s socialization.
It’s all classic Sehgal, but what’s deliciously new and disarming is the cumulative effect of multiple Sehgal pieces running concurrently together. Suddenly the spaces between the works are perceptible, and this interstitiality seems to become a piece in itself. (Sehgal has said that the exhibition is “five and a half” situations, and I’m guessing this might be his extra half.) Interpreters occasionally leave their posts, briefly drop character, stroll alongside museumgoers, then disappear behind a darkened glass door, only to reappear later. When Ann Lee’s avatar-child disappears behind the door, another appears with an adult supervisor. The day I was there, Sehgal himself emerged, walked around, and scanned the scene. This exhibition opens a crack on the operations, revealing more clearly that the artist’s “immaterial” works aren’t immaterial at all. The material is people; their flesh and blood, thoughts, and ups and downs. 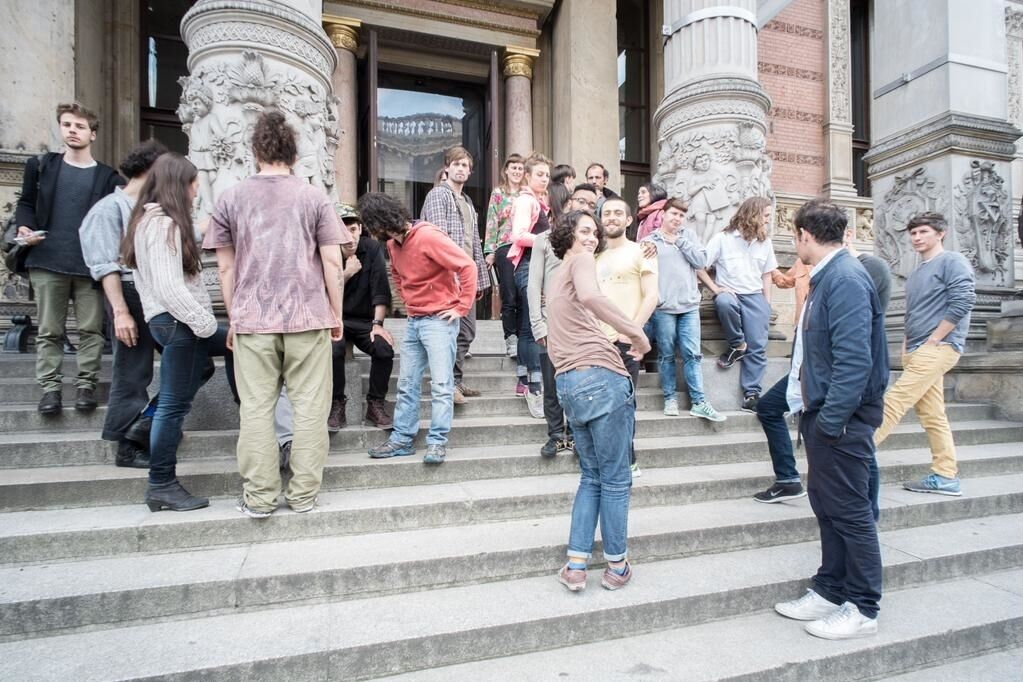 Tino Sehgal
Tino Sehgal, 2015
"Tino Seghal" at Martin-Gropius-Bau, Berlin (2015)
Advertisement
Sehgal’s work is often criticized for being pedantic, rigid, self-referential, and sometimes gimmicky and overly cryptic. (His recent interview with Tina Brown that took place at an event during this year’s Art Basel week got much eye-rolling press). But this show reveals Sehgal’s bigger picture, and the simple but sophisticated questions it asks of us. Aren’t we all in character most of the time? Isn’t life a series of transitions and shape-shifting? How much do we project? And is this really “performance”? The latter is a word Sehgal has long been loath to connect to his work, and as trendy as performance art is, this exhibition seems utterly antithetical to the work of, say,
Marina Abramović
. With Sehgal, the artist isn’t present. It’s not about him. The boundaries tested are ours, not the artist’s.
It’s a show that sticks. Visiting Ann Lee twice, I was singled out by each of the two girls playing the part and was asked, point blank and expressionlessly but beseechingly, whether it’s better to be too busy or not busy enough. Both times I said the former. The second time I elaborated that the “too busy” state allows me to hide and not think too much. I’m still contemplating my answer, and wondering whether hiding from life is ever an option. Sehgal wants to show us that under no circumstances is that the case.
—Kimberly Bradley
“Tino Sehgal” is on view at Martin-Gropius-Bau, Berlin, Jun. 28–Aug. 8, 2015.
Follow Martin-Gropius-Bau on Artsy.
Related Stories