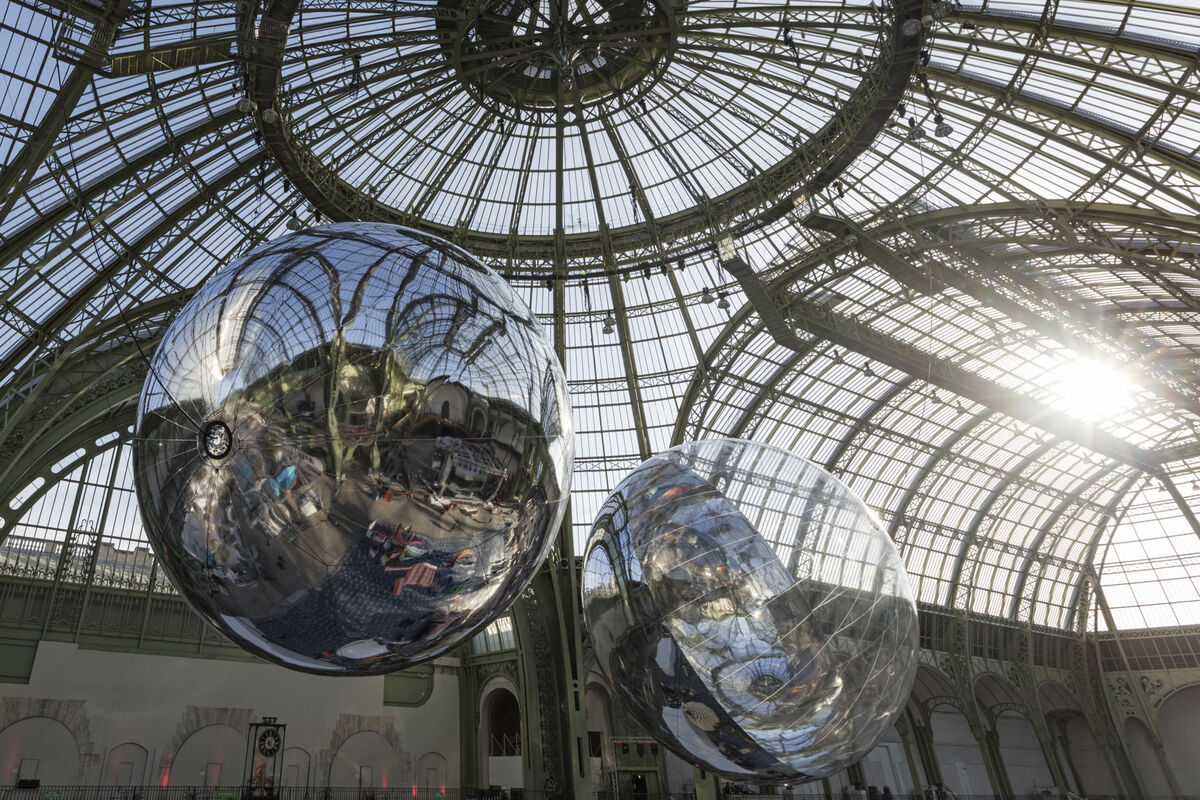 Based on principles of thermodynamic energy, Saraceno’s two spherical sculptures are meant to rise during the day in response to solar heat and continue to stay afloat at night using infrared radiation from the Earth. They are made with a two-part membrane of silver-toned and transparent Mylar, then filled with one of the planet’s most overlooked natural resources—air.
The sculptures are prototypes, part of a series of zero-emissions vehicles, which Saraceno has been building and testing for nearly eight years, with the ultimate hope of sending these air-based vehicles around the globe. “We are working with MIT and many other universities to figure out ways to keep them in the air for longer periods of time, using weather simulations, studying the jet stream, and figuring best time of year to take off,” said Saraceno in a phone interview. He explained that the piece’s movement is based entirely “on the way currents move from one place to another,” rather than dictated by the sometimes-geopolitically dictated permissions that control air traffic. “It does not have defined borders,” Saraceno added. 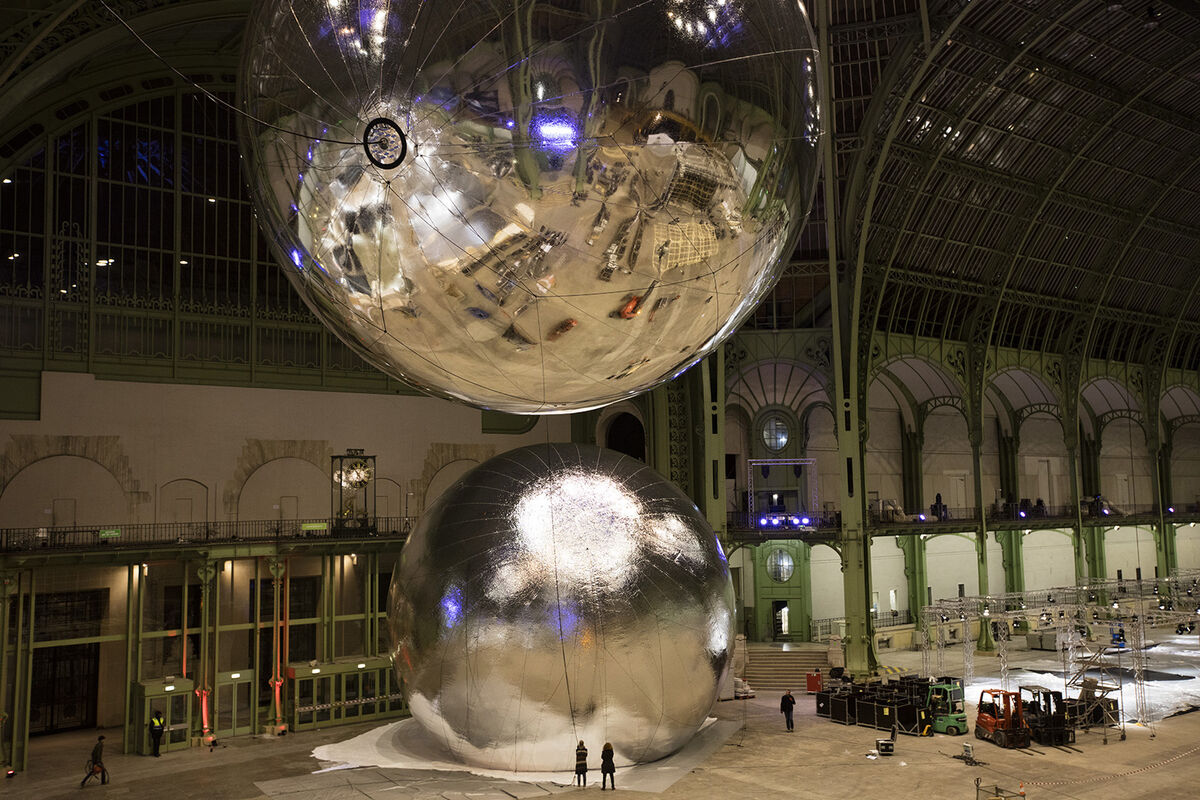 As an artist with an architectural background, Saraceno has built numerous large-scale projects focused on ecological issues that work across disciplines. Recent examples include Cloud Cities (2011), a utopian vision of floating cities which draws on science and art, and Arachnid Orchestra (2015) where Saraceno ventured into interspecies communication, working with humans and spiders.
The idea for Aerocene came about as a response to issues surrounding the Anthropocene, a proposed new epoch many scientists argue we are living due to the fact that human activities have superseded the Earth’s own natural ecosystems in impacting the planet. Saraceno began thinking of ways to bring about a new age in which humans are more in tune with other living beings on this planet. “Aerocene is meant to help envision how we can be living in this new epoch, how we might be able to travel,” he told Artsy. “This project offers new ways of thinking about our dependency on fossil fuels. When you live in one way, it’s very difficult to think that things could be done in another way.” Test launches for the vehicles are currently held every two to three months in different cities, with the next one due to take place around the salt lakes of Bolivia.
As the Aerocene works hang above the “Solutions COP21” exhibition at the Grand Palais, a related symposium and workshops are being held at the Palais de Tokyo focused on open source platforms, inviting audiences to exchange, collaborate, and imagine possibilities for eco-friendly innovations. For Saraceno, “The goal is to help audiences think about how we can work together and live together, not only with the energy from the sun, but also from each other.” 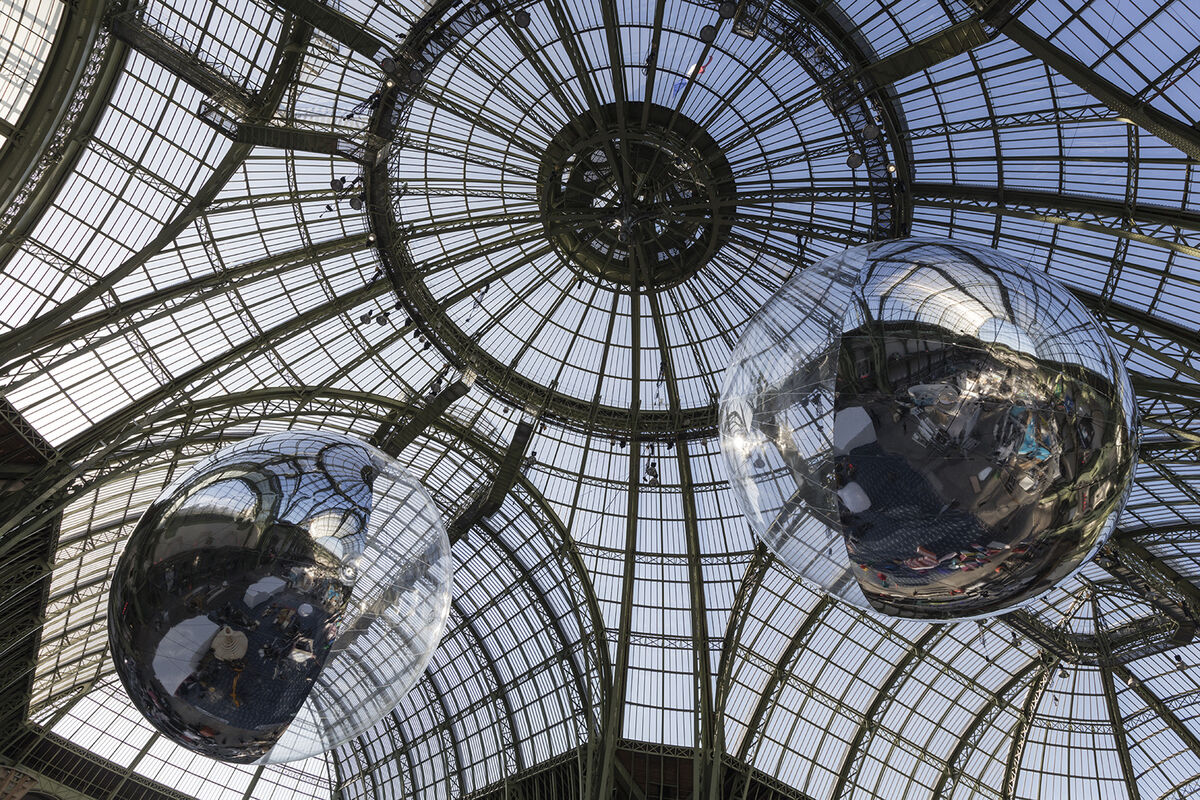 Advertisement
Saraceno’s project echoes other efforts between artists and scientists to create something akin to ‘a message in a bottle,’ with such works also exploring the relationship between works of art, technology, and the earth’s geography. In 2012,
Trevor Paglen
sent “The Last Pictures,” micro-etched discs containing one hundred photographs about the harsh realities of human life on the planet, into geostationary orbit around the Earth. In another iteration of the same theme, curator Nadim Samman developed an exhibition in time capsule project in the spring of 2014 called “Treasure of Lima: A Buried Exhibition” containing works by 39 artists such as
Pierre Huyghe
,
Carsten Nicolai
,
Sharon Lockhart
,
Marina Abramović
,
Ed Ruscha
and even
Chicks on Speed
. Instead of sending it out into the atmosphere, Samman buried the capsule in an unmarked location on Isla del Coco off the coast of Costa Rica and encrypted the coordinates. 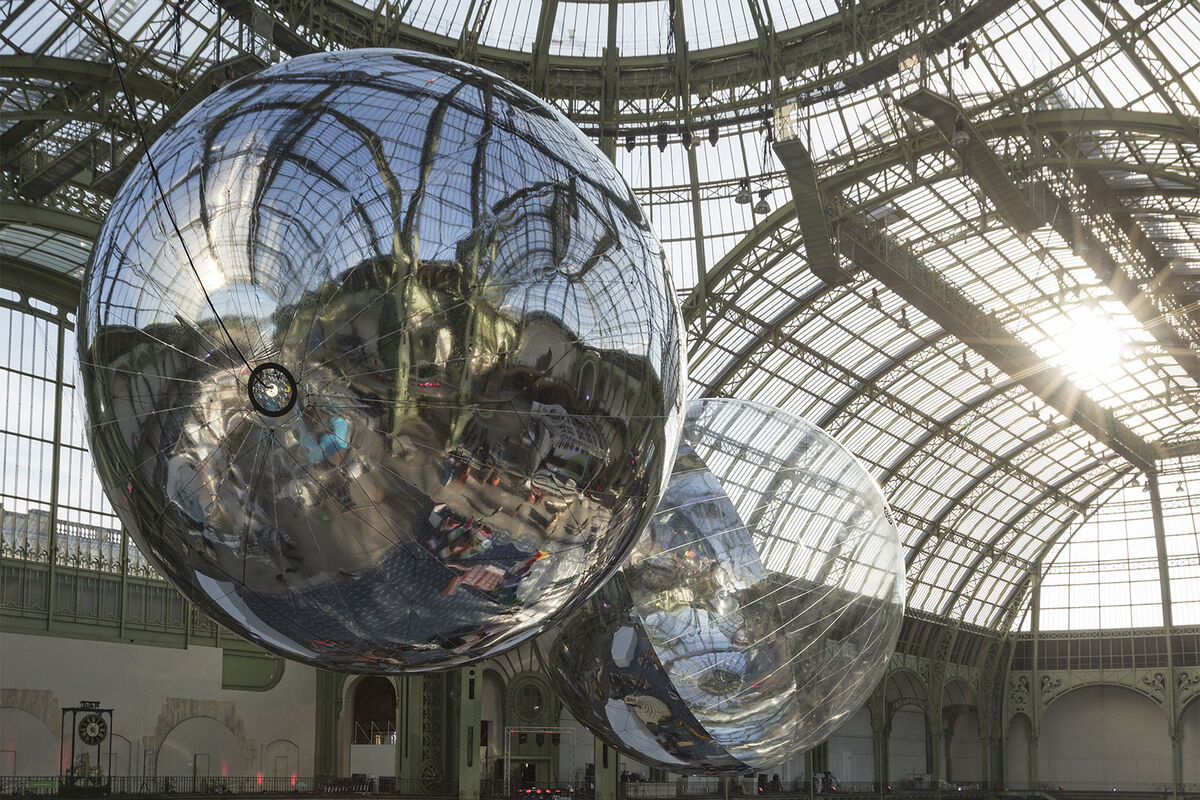 Whereas Paglen and Samman’s projects are messages to the future, Saraceno’s project is a message to the present. Focusing on issues of energy and resources, he invites us to take stock of our world and imagine our future. Discussions about the Anthropocene and the forces of destruction we face as a result of a changing climate are often accompanied by an oppressive feeling of impending doom. For this, projects like Saraceno’s “Aerocene” function as an outlet, offering us the ability to imagine a way out of the dystopian present we are living in.
—Arielle Bier
Related Stories