J. Tomilson Hill Is Giving Asia Its First Christopher Wool Show in over a Decade 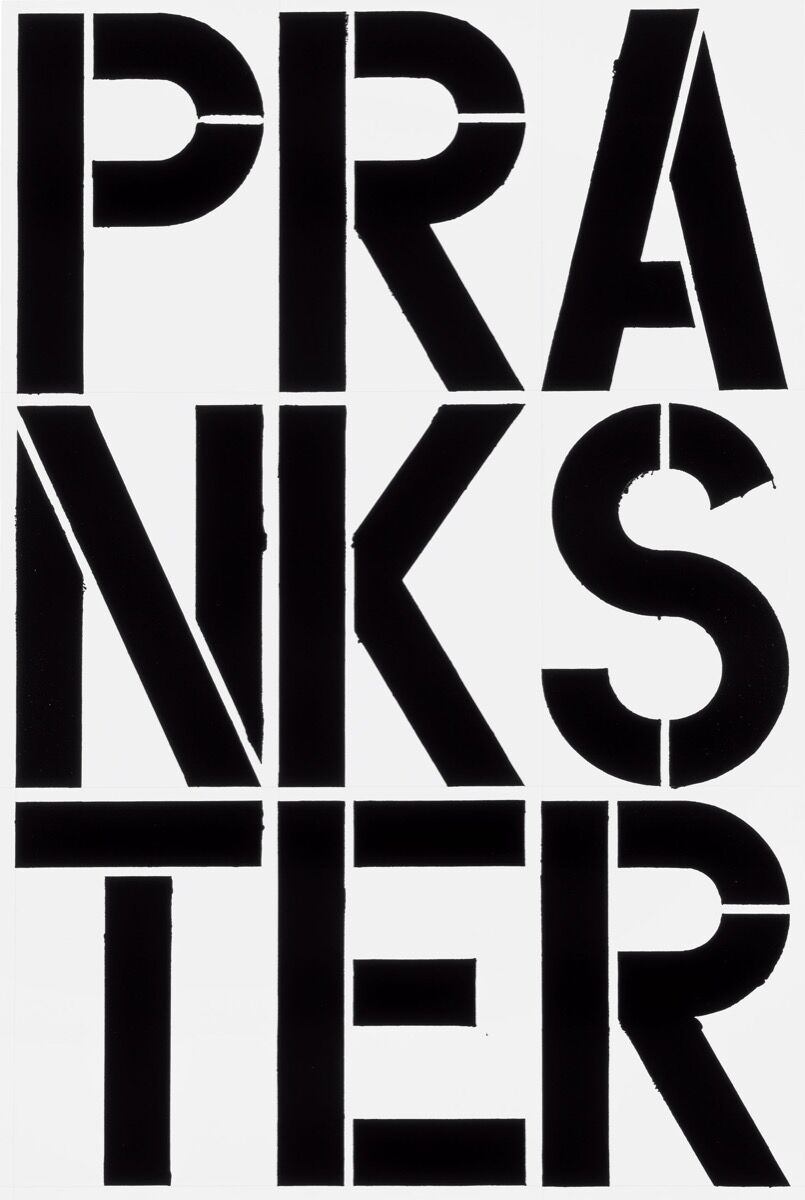 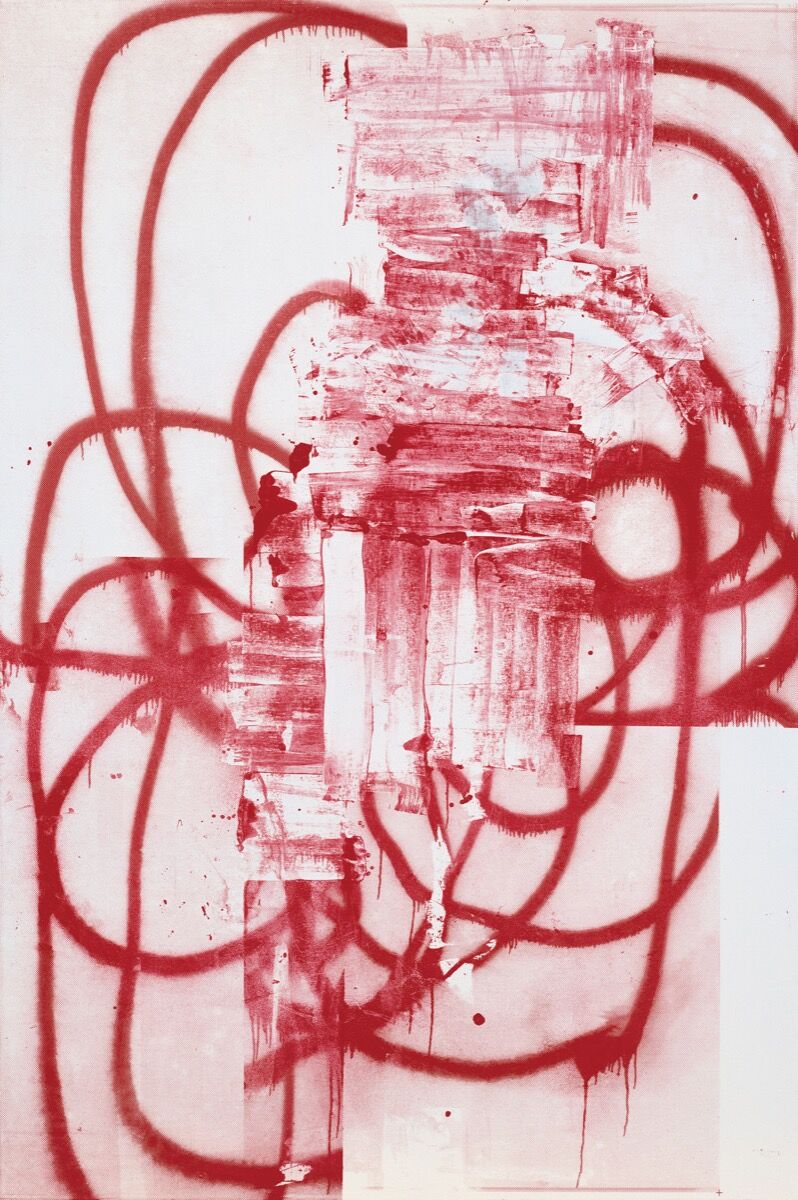 5On Monday afternoon in Hong Kong, J. Tomilson Hill, the vice chairman of the asset management firm Blackstone Group and proprietor of one of New York's most prominent art collections, strode into the 7th floor bar at the Landmark Mandarin Oriental Hotel wearing a perfectly coiffed pocket square in a suit. The Landmark is nestled into a gigantic white shopping mall that extends up several floors, and there’s a hard-to-navigate series of signs that directs foot traffic toward a specific set of elevators that finally takes visitors to the hotel.
Such as it is, Hill, who goes by Tom, was about 90 seconds late.
“I’m so sorry for holding you up!” he said in an exceedingly polite tone. Hill was brimming with excitement, his hair slicked back in the way of a Wall Street lifer. I told him he wasn’t at all late, and explained that I would have been held up as well had I not been just one block away visiting H Queen’s, the new skyscraper custom-built to house galleries that will host new spaces for David Zwirner, Hauser & Wirth, Pace Gallery—and, temporarily, in the building’s atrium, Tom Hill.
The billionaire collector is giving the public a rare glimpse into his storied collection when he unveils “Christopher Wool: Highlights from the Hill Art Collection,” 15 paintings and works on paper by one of the America’s giants of contemporary art—and the first time Asia will get a
Christopher Wool
show in over a decade. It opens Tuesday night, and will be on view until April 8.
The rarity of such a one-off isn’t lost on Hill—he realizes that no American private collector has ever put on such a display of their contemporary art treasures in Asia. But he also said that it all came together quickly and easily thanks to Hong Kong-based advisor Alexandre Errera, who has helped secure works for Hill, and who joined us to chat at the Mandarin.
“About nine months ago Alex calls me up and says, Tom, there's a space in this new building—have you ever thought about having any of your work in Hong Kong?” Hill says, leaning forward.  “I called Alex back and I said, how about Wool? Before he gave an answer I said, has anyone in Hong Kong collected Wool? He said, There's eight collectors here.”
That gave Hill pause, considering the diligence with which Asian collectors are known to pursue cherished trophies at auction. 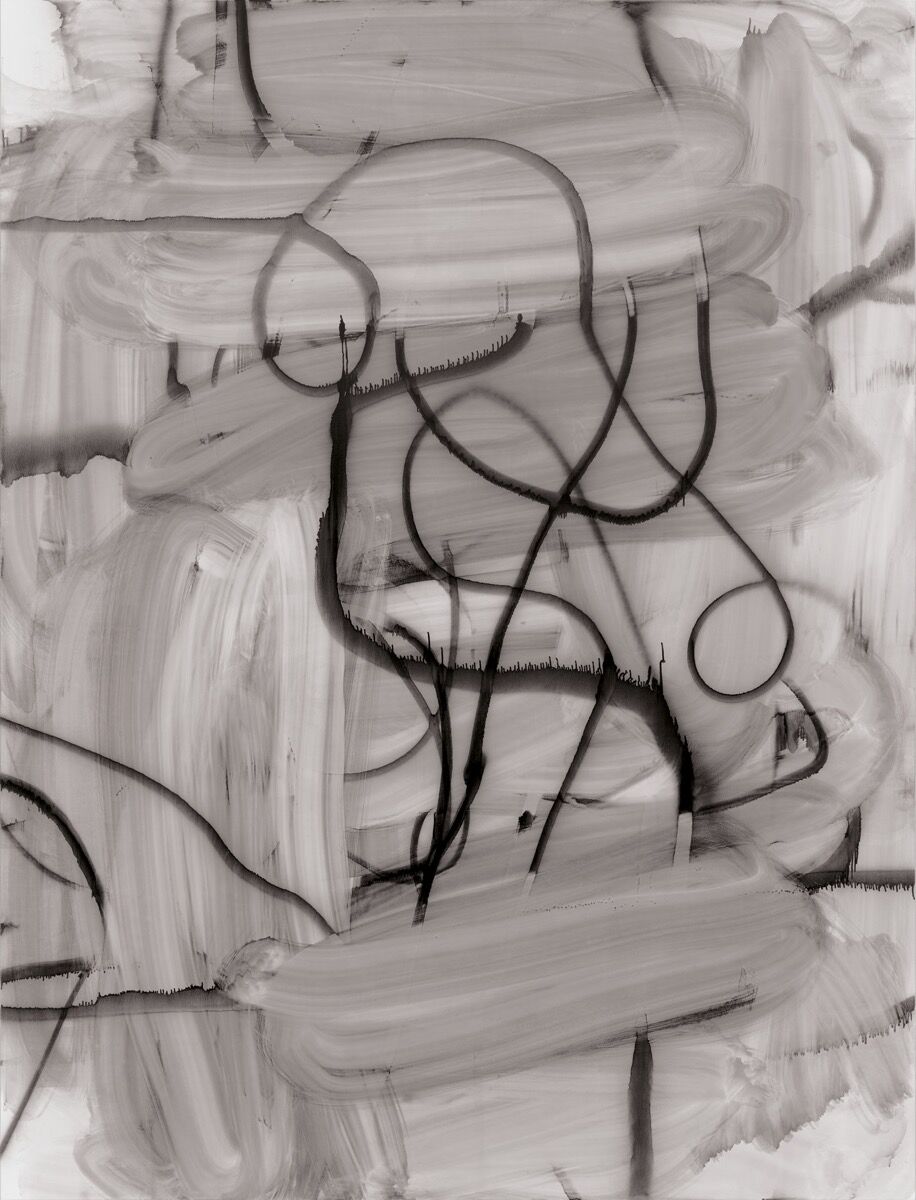 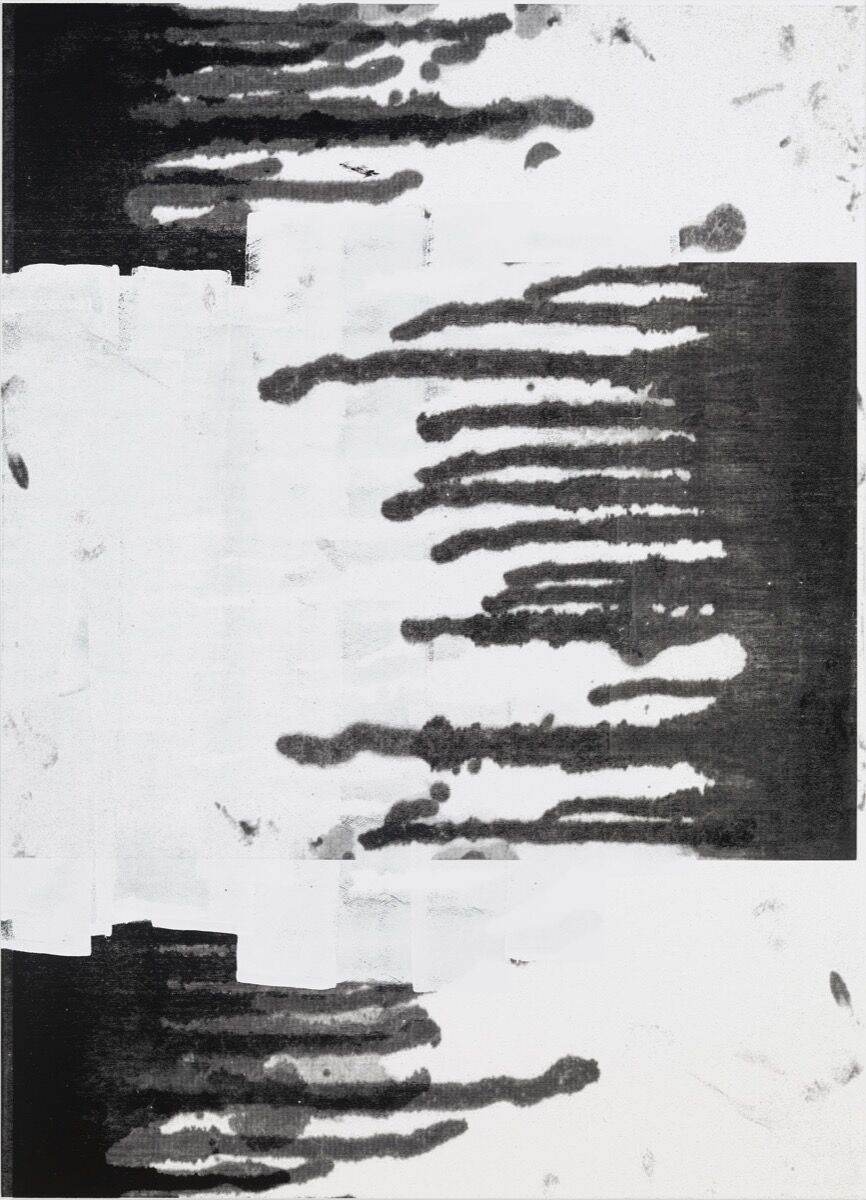 “I asked myself, is this a smart thing to do? Because I'm still buying Wool, and I don’t like competition!” Hill said. “I don’t want a whole lot of people from Asia Pacific bidding up the prices.”
Market issues aside, Hill thought putting part of the collection on view during such a frenzied time in Hong Kong would gin up excitement for the September opening of his private museum, the Hill Art Foundation, in two floors of the Getty, a new residential building in New York’s Chelsea district designed by leather-loving starchitect-slash-artist
Peter Marino
, who has done 10 residential projects for Hill and his family to date.
Opening a private museum is an ambitious project even for the most hands-on collector. These days, Hill has a bit more time to devote to the arts and philanthropy, after transitioning out of his role as CEO and president of Blackstone Alternative Asset Management in January. That arm of Blackstone invests in hedge funds around the world. Once a business of less than $1 billion in 2000, when Hill took it over, it has grown to the world’s largest discretionary investor in hedge funds, with over $75 billion in assets under management.
Hill joined Blackstone in 1993, after spending a decade at Lehman Brothers and attending Harvard College as an undergraduate (where he studied Japanese for two years) following a privileged New York upbringing. He also has a long history of working in Asia, having done business in Japan since the mid-1980s.
Hill, clearly, has reaped the rewards of his success and is now leveraging them to help stage shows such as this one in Hong Kong. The 15 works are worth so much that, for insurance purposes, they had to be separated between two different commercial cargo jets when they were shipped over. But even this show, he said, is just an “appetizer” for a survey of Wool’s work that will open the Hill Art Foundation in New York this fall. Hill has the most extensive collection of his work in private or public hands.
“I wanted paintings that tell a story, that start in the 1980s and go all the way through his most recent show at Luhring Augustine in Bushwick,” he said, referring to a solo show in May of 2015. “I bought what I think is the best one out of that show. It was the cover of BLAU magazine. You know BLAU? You'll see it tomorrow. It's a killer.”
Theoretically, Hill could have brought any number of treasures to christen the H Queen’s atrium. He owns a
Peter Paul Rubens
painting that’s often on view at the Metropolitan Museum of Art in New York, a number of Italian Renaissance masterpieces, bronzes that made up a well-received 2014 show at the Frick Collection in New York, dozens of
Warhols
, four
Francis Bacon
paintings, and extensive holdings of contemporary artists, such as
Mark Grotjahn
. 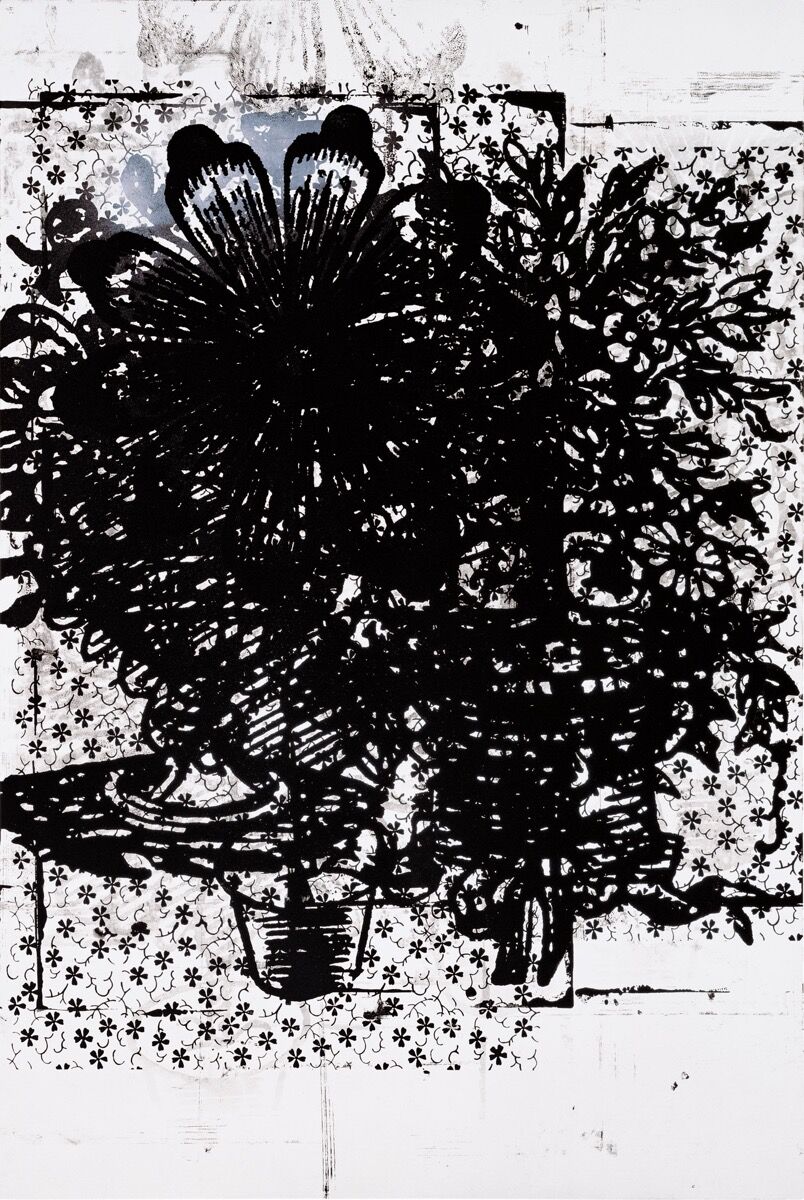 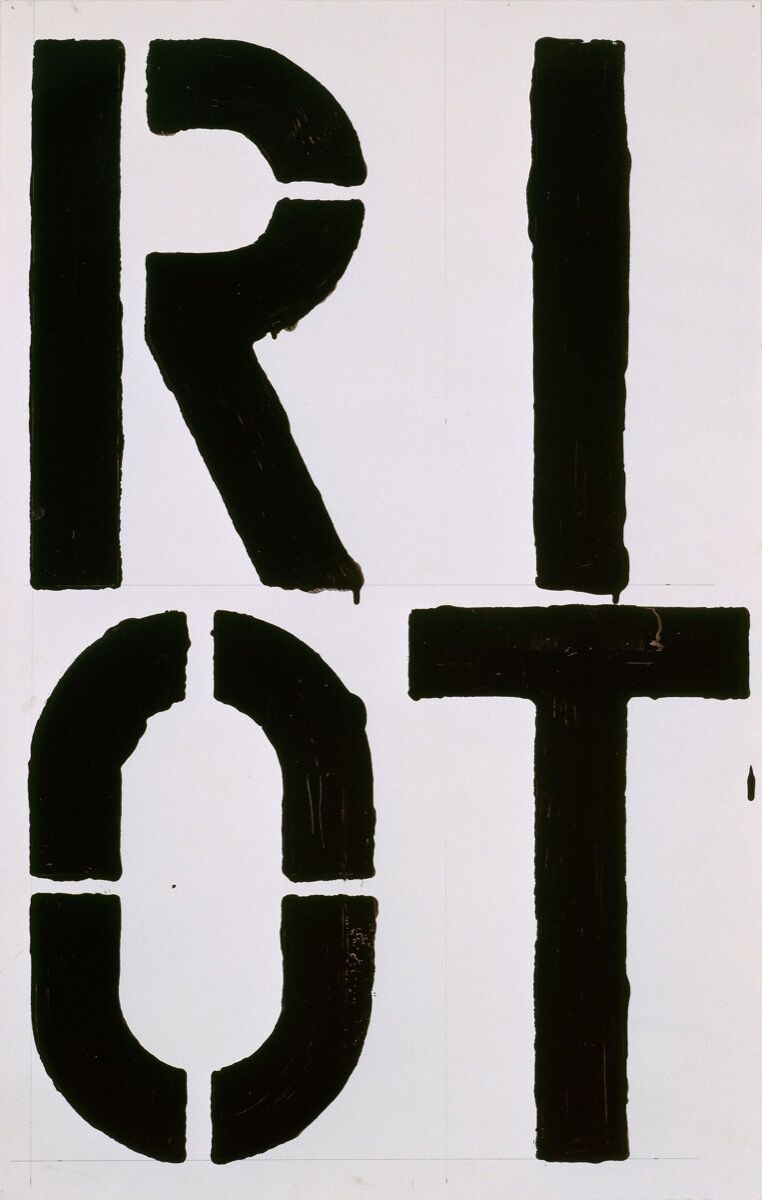 Advertisement
But Hill thought Wool’s work would connect to a Hong Kong audience, provided his practice was properly contextualized as an abstract artist.
“I asked Alex whether in Asia Pacific if Christopher Wool is viewed as an abstract artist, because everyone tends to associate him with his text works,” Hill said. “What we're trying to do is put Christopher in the context of abstraction. Because Christopher is an abstract artist. You could argue [that] what
Jackson Pollock
started, Christopher has continued.”
Hill is clearly nuts for Wool, but he only started buying his work six or seven years ago— “Unfortunately, too late!” as he put it.
“I wish I had been like Peter Brant, or Eli Broad, buying really early.” he said. “But I made up for lost time.”
“You caught up very, very quickly!” Errera chimed in.
Now, he’s watching as his Asian collecting peers catch up even more quickly. He first visited Hong Kong as a collector five years ago, with Melissa Chiu, now the director of the Hirshhorn Museum and Sculpture Garden in Washington, D.C., who was then director of the Asia Society.
“The only time I'd been here was on business,” Hill said. “We spent 10 days, and I saw the power of where Hong Kong is in the art world.”
Just a few days here can be enough to convince one of the state of art collections in Hong Kong. On Sunday night, I went with a friend to a cocktail party at a pad that, at two stories, is by no means small in a housing-squeezed city where many live in “mosquito apartments”. But the apartment was so filled with masterpieces that the walls seemed jam-packed.
“I turned a corner,” I said to Hill, “and there’s this fabulous Francis Bacon triptych…”
“I know whose apartment that is!” Hill burst out. “We're not saying any names, but I know who it is.”
And with Art Basel in Hong Kong set to open the next day, just hours before the opening reception for his Christopher Wool show, Hill said that the critical mass of activity only indicated that Hong Kong has certainly arrived as a global art epicenter.
“It's a signal that this part of the world is really important in art,” Hill said. “I'm just looking at how collections are being formed here. They’re not wasting any time. It took me a long time to put together all of my collection, and they're doing it pretty quickly.”
Nate Freeman
Related Stories