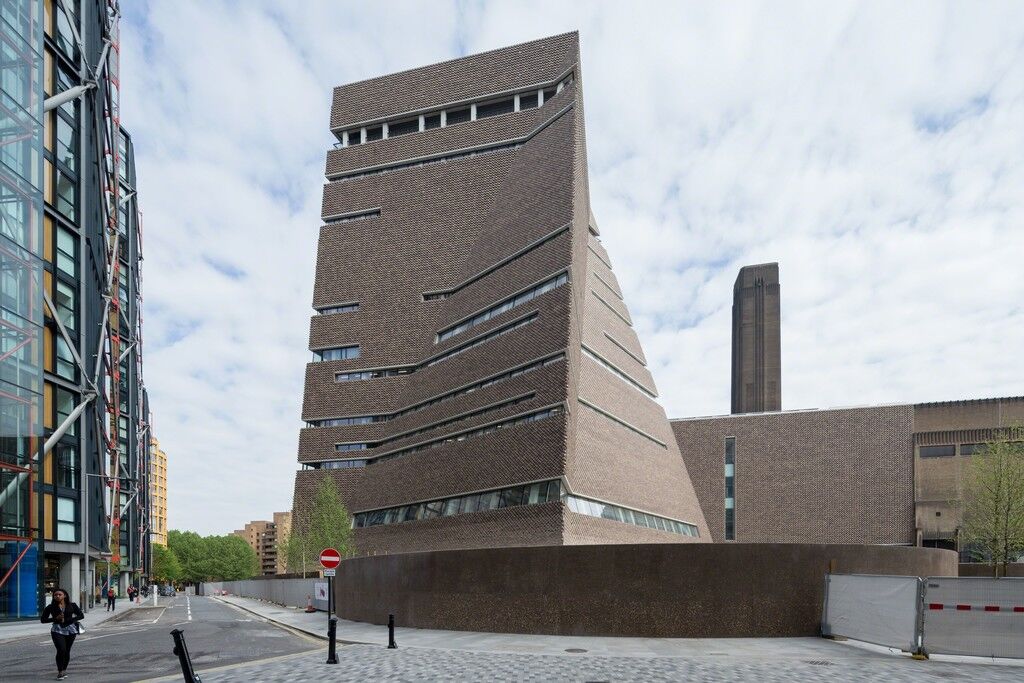 The face of the British art world is changing—or at least the faces of those who head some of the U.K.’s most prominent arts institutions are changing. On Friday, Labour MP Tristram Hunt was tapped for the directorship of London’s Victoria and Albert Museum (V&A). The choice of a relative outsider (Hunt has no experience running an arts institution) makes a surprising juxtaposition with the not-quite-confirmed-but-almost-definitely-true reports that Maria Balshaw, a beloved and longtime museum director, will take the helm at the Tate (becoming the first woman to do so,) replacing the outgoing Nicholas Serota.
So who are these people, and what does their selection mean for London’s cultural landscape?

Though he has since resigned from the political party following his appointment to the V&A, Hunt served as Labour MP for Stoke-on-Trent from 2010, and was in the running for the party leadership position after the defeat of Ed Miliband in the U.K.’s 2015 elections. The bid came to naught, at least partially because Hunt—who studied history at Cambridge—has a whiff of the cultural elite so out of mainstream political favor these days.
His home constituency is a working-class Labour stronghold, but one that heavily favored Brexit, and word of Hunt’s resignation and the ensuing by-election for his seat has sent the British political press into a frenzy of speculation as to whether the pro-Brexit UK Independence Party (UKIP) may have a shot at winning the contest. Responding to the Labour establishment’s dire state, Hunt also edited a book last year (which some critiqued) that called for the Labour party to turn away from “unnecessary metropolitan squeamishness” and toward “nurturing a civic English patriotism.”
So Hunt assuming the leadership of the V&A, exactly the kind of establishment favored by squeamish metropolitans such as myself, is curious for political reasons. Perhaps the institution will take on a more populist, nationalist bent under Hunt. (Contrarian art critic Jonathan Jones hopes not.) Outgoing German director Martin Roth, who cited the Brexit vote as playing a role in his decision, oversaw several popular exhibitions himself, including one dedicated to David Bowie.
A piece in The Guardian headlined “V&A’s choice of Tristram Hunt seems less risky after a look at his CV” does little to show that Hunt has any art historical experience beyond a stint as a trustee for the Heritage Lottery Fund and as a former judge for the annual Museum of the Year award. Instead, the prevailing argument for Hunt is that his time in Parliament makes him an excellent communicator and a worthy negotiator of internal institutional politics. These skills led to a warm endorsement from the Art Fund’s director, Stephen Deuchar, who said, “I think it is an inspired choice, I really do. He is a great communicator and he is really committed to the social purposes and potential of museums and visual culture more generally.”
We certainly live in a time where deep resumes are not the only, or even the prevailing, prerequisite for major leadership jobs. So in that sense Hunt’s appointment fits with a larger trend wherein the injection of energy or vision into an institution is seen as needing to come from the outside. But regardless, the art world doesn’t seem too perturbed, even if a bit surprised, with several prominent cultural leaders hailing the choice and also noting that Hunt has more museum experience than meets the eye—including raising money to save the Wedgwood collection.
More likely to raise some eyebrows is the fact that Hunt opined in 2011 that “we need to start charging for museums and galleries again.” He wasn’t wholly critiquing the notion of free museums per-se, but rather pointing out that local museums in Stoke-on-Trent were forced by governmental budget cuts to institute an admission fee, while free entry at London’s cultural centers remained safe. “This metropolitan, club-class government has made sure that our global cultural icons are immune from the pressures hitting their regional colleagues and, even more perversely, in the case of Tate Modern, continue to enjoy secure funds for major capital projects,” he wrote.
Hunt rightly notes that free admission as a way to ensure equitable access to culture is a more complex issue than it seems, but will Hunt sing the same tune upon taking the helm of the V&A, the world’s largest art and design museum, which currently provides admission gratis? One would think not, but like much about Hunt’s tenure, the question remains to be answered.

A favorite to head the Tate after Nicholas Serota announced he was stepping down last year, Balshaw is a community-oriented and institutionally experienced candidate who is beloved by artists. Though the official announcement that she is to direct the Tate’s museums in London, St. Ives, and Liverpool isn’t expected until next week at the earliest (Prime Minister Theresa May must sign off), British papers have all but confirmed the news. Unlike Hunt, whose name drew nary a whisper in the art world before his surprise appointment, Balshaw has long been considered a frontrunner for the post. One need only glance at her extremely long and accomplished resume to see why.
Balshaw will head to the Tate after over 10 years as director of the Whitworth Art Gallery in Manchester. During her tenure there she oversaw a much-heralded £15 million renovation of the gallery, which reopened in 2015. The redevelopment required the kind of money-raising chops necessary for a skilled director; she pried £8 million from the Heritage Lottery Fund, as well as funds from the University of Manchester, of which the gallery is a part, among other sources.
The gallery opened on Valentine’s Day of 2015 with an exhibition of work by
Cornelia Parker
—the very same artist who inspired a young Balshaw to get into the arts back in 1991, when she saw a show by Parker at Chisenhale Gallery. By all accounts, Parker could have had an exhibition anywhere, but it was Balshaw’s woo-ing (even facilitating a work done in conjunction with a University of Manchester, Nobel Prize-winning physicist) that won Parker over.
Balshaw is also credited with doubling attendance to the museum from 2010 to 2015, with annual visitors that year reaching 170,000. Along with winning the Art Fund’s Museum of the Year accolade in 2015, she has also contributed to Manchester’s broader cultural flourishing, helming the Manchester City Galleries and working with the city’s immigrant and Islamic communities. “We’ve seen terrific spikes in our audience when we have done Islamic textile displays, because it has really strong resonance for Rusholme [an inner-city area of Manchester],” Balshaw told the Guardian. She was also at the Whitworth in 2010 when it was gifted The Musgrave Kinley Outsider Art Collection, an important body of over 800 works (an exhibition was held to celebrate the donation).
Balshaw is well-versed in the political work that is central to leading a museum. Her first job out of academia was in 2002, when she joined the government’s Creative Partnerships initiative. More recently,  she lobbied former chancellor George Osborne, coaxing him to pledge £78 million as part of his “northern powerhouse” plan toward The Factory, a £110 million arts venue to occupy the former site of Granada’s TV studios.
“Maria Balshaw was the standout candidate—so it’s little wonder that news of her impending appointment has been welcomed so widely by the British art and museum worlds,” Dr. Thomas Marks, editor in chief of Apollo, told Artsy over email. The publication has been a longtime fan of Balshaw, giving her their “Personality of the Year” award in 2015. “She’s proved in Manchester that she can manage multiple institutions simultaneously—as she’ll be doing at Tate—and is a clear and convincing spokesperson for the importance of our cultural institutions,” Marks added.
Like Hunt, Balshaw understands London is a special cultural snowflake—and, like Hunt, she has qualms with how the capital can dominate the cultural scene. “I think the really liberating and fantastic thing about Manchester in the past five years is that it’s not about competition with London anymore. It’s just about being the best that Manchester can be and should be, which is qualitatively different to London,” she has said.
She also prides herself on not taking traditional art historical approaches, and is unafraid to question museum doctrine. Still, Balshaw—who has also served on the board of the Arts Council—has just about as much relevant experience as anyone could have before taking on the singular role that is leading the Tate. If the appointment occurs as expected, few, if any, doubt she will make an exceptional leader. As Marks pointed out, “the real question now is, who will be able to fill her (sparkly) boots in Manchester?”
Isaac Kaplan is an Associate Editor at Artsy.
Cover image: Tristran Hunt: Victoria & Albert Museum. Maria Balshaw: Katia Porter.
Related Stories