The Underrecognized Photographers Who Showed Queer Life in the 1960s 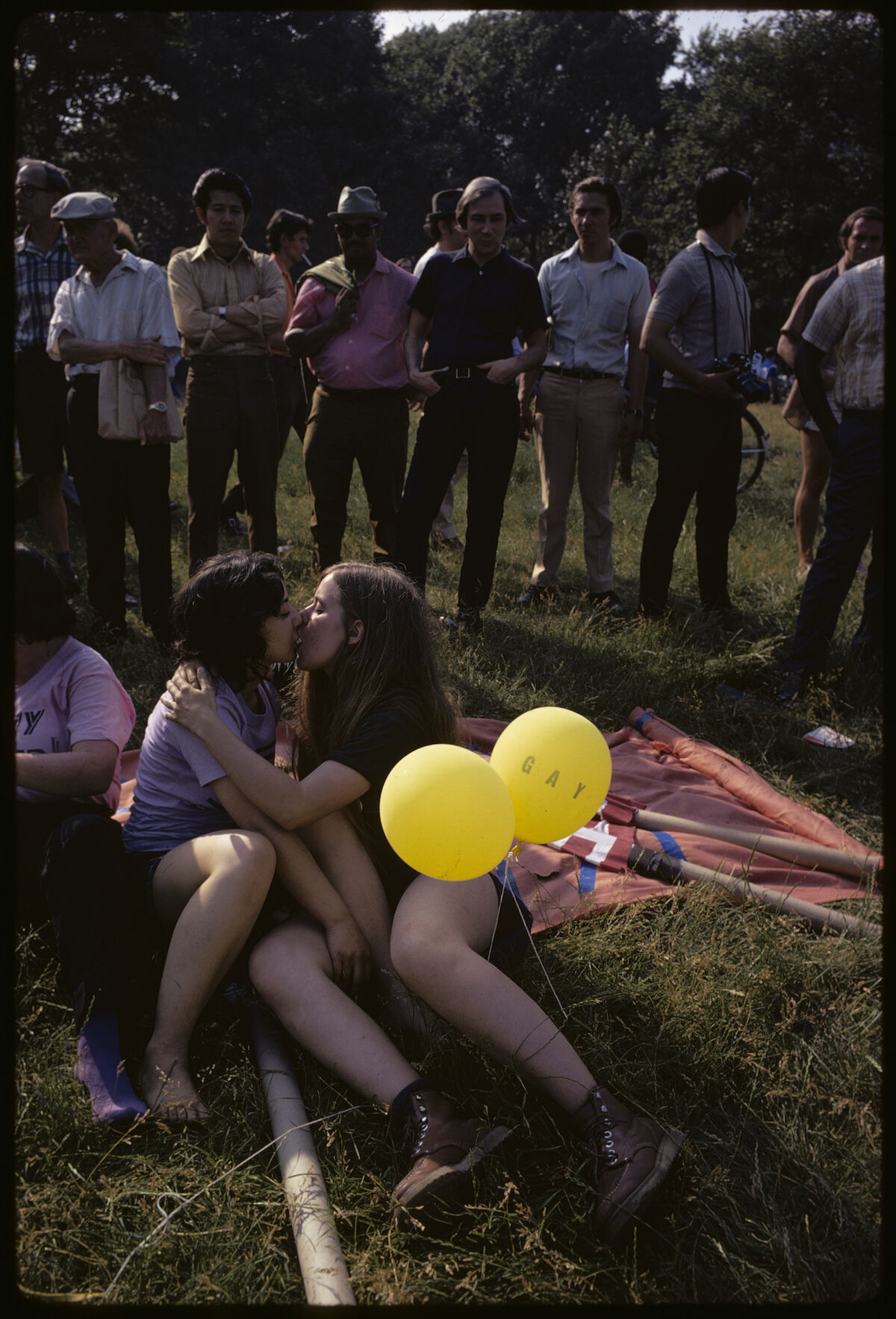 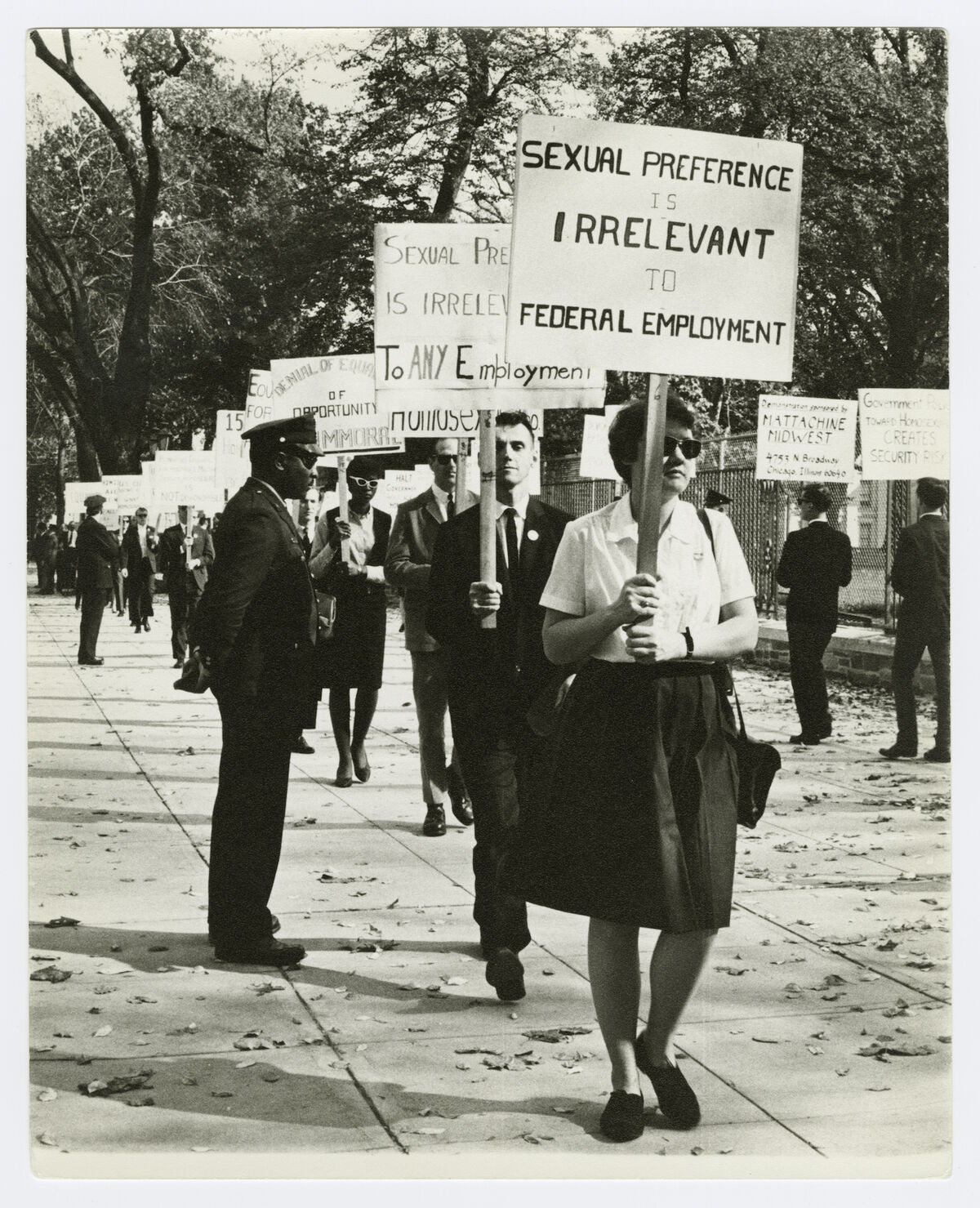 Today, there is no shortage of images showing what it means to be queer. The internet is a vast album of photographs that show representation in all forms. But before the first LGBTQ+ movements blossomed in the 1960s, pictures showing gay, lesbian, or trans individuals were exceedingly rare. Young artists and activists didn’t have an image of what queer life actually looked like—it was dangerous to be depicted in such a way. The people who first loaned their faces to the cause and had their images disseminated through the early LGBTQ+ press were not just brave, but making history. 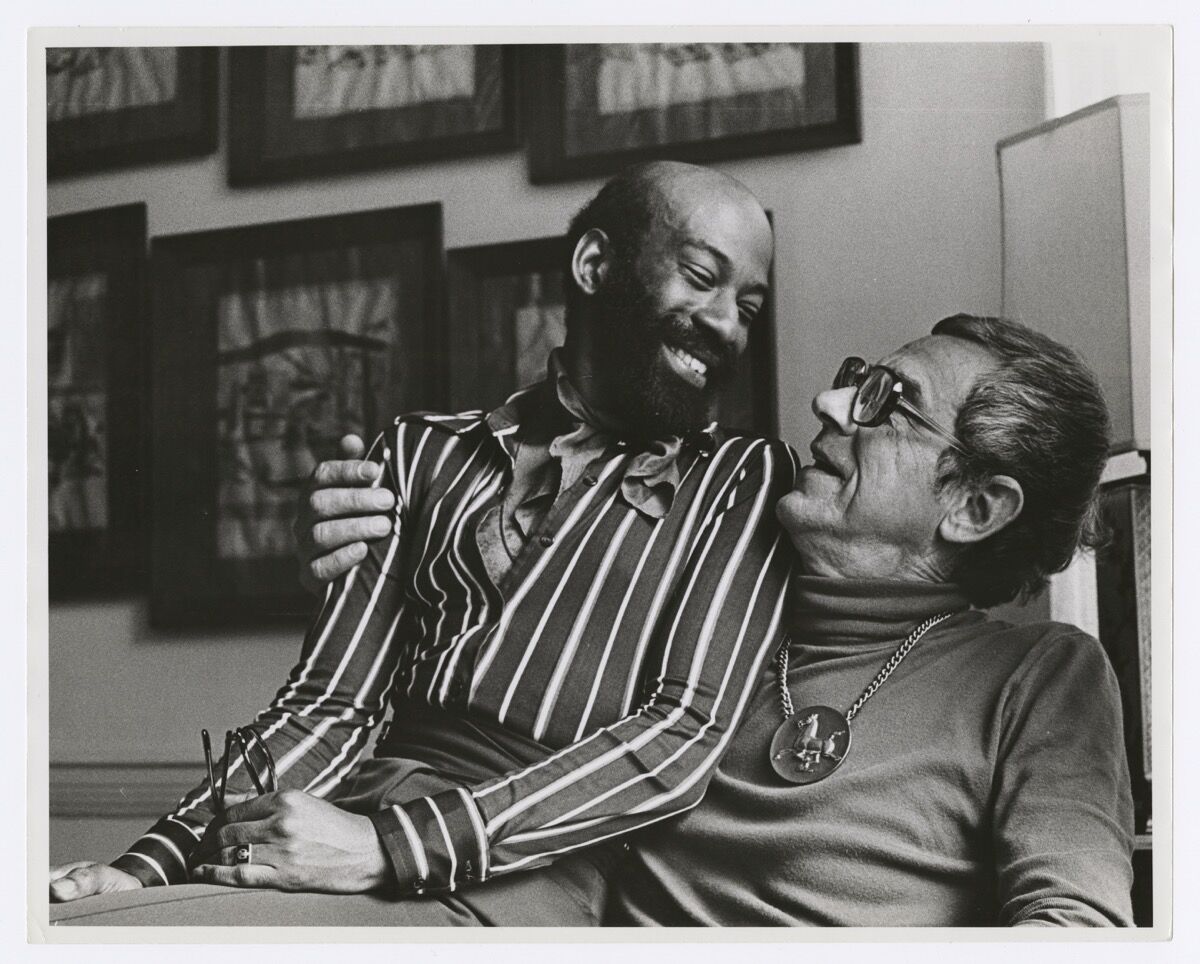 Kay Tobin Lahusen and
Diana Davies
were two members of the small faction of photographers determined to give the U.S.—and the world—real images of LGBTQ+ daily life and activism. Their images are showcased in a new book, Love and Resistance (2019), as well as an accompanying exhibition, “Love & Resistance: Stonewall50,” on view at the New York Public Library through July 13th. Part of “the great queer treasures” of the library’s collection, writes editor Jason Baumann, the photographs taken by Lahusen and Davies are “a guide to the characters, events, and movements in LGBTQ history in the 1960s and ’70s.” Yet while the images have been widely shared for decades, the photographers themselves have been underrecognized. 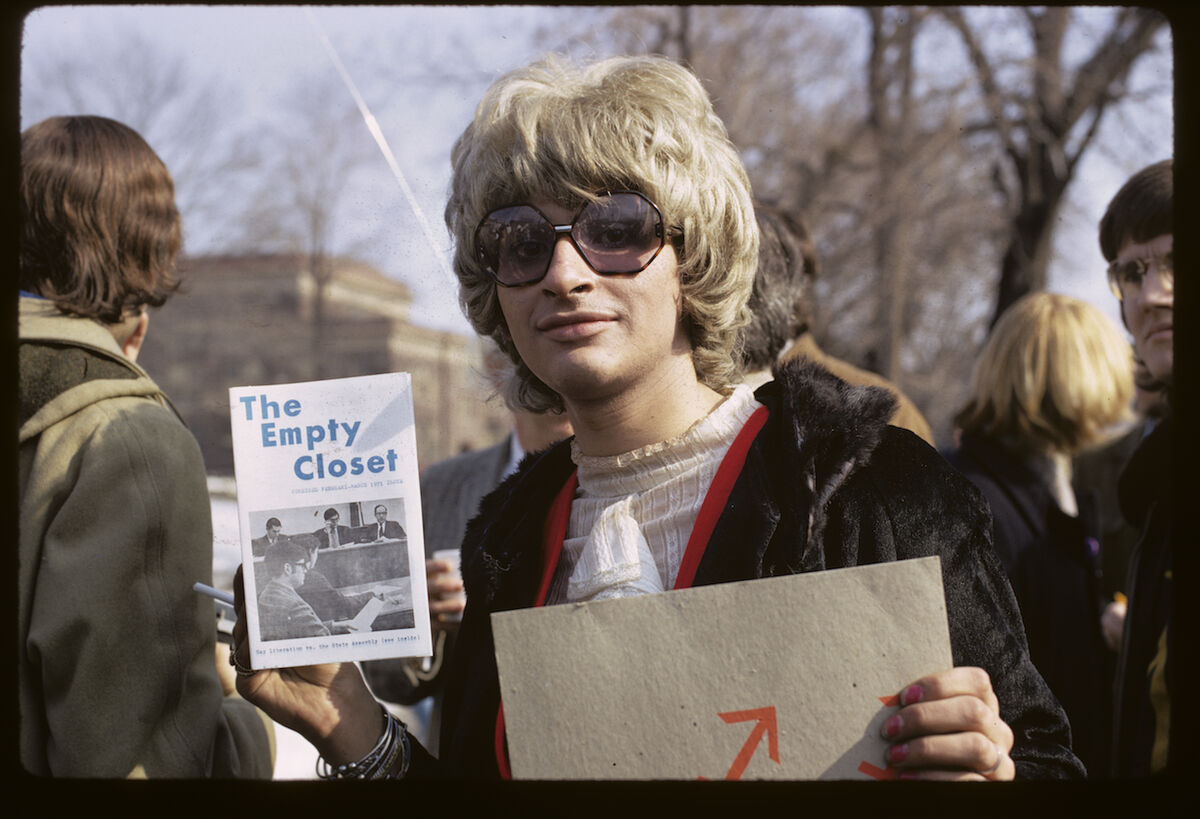 Advertisement
Lahusen first began taking images of early LGBTQ+ demonstrations in the 1960s and aligned with the Gay Activist Alliance the following decade, before becoming an art editor for the queer publication The Ladder. During her tenure, she replaced the magazine’s illustrations with photographs of lesbians at home, self-assured and in love. Lahusen has been referred to as the first openly gay photojournalist, and she was responsible for documenting some of the largest marches for gay rights at the White House and the Pentagon. Nearly 1,000 of her images following the Stonewall Riots are in the New York Public Library’s collection. 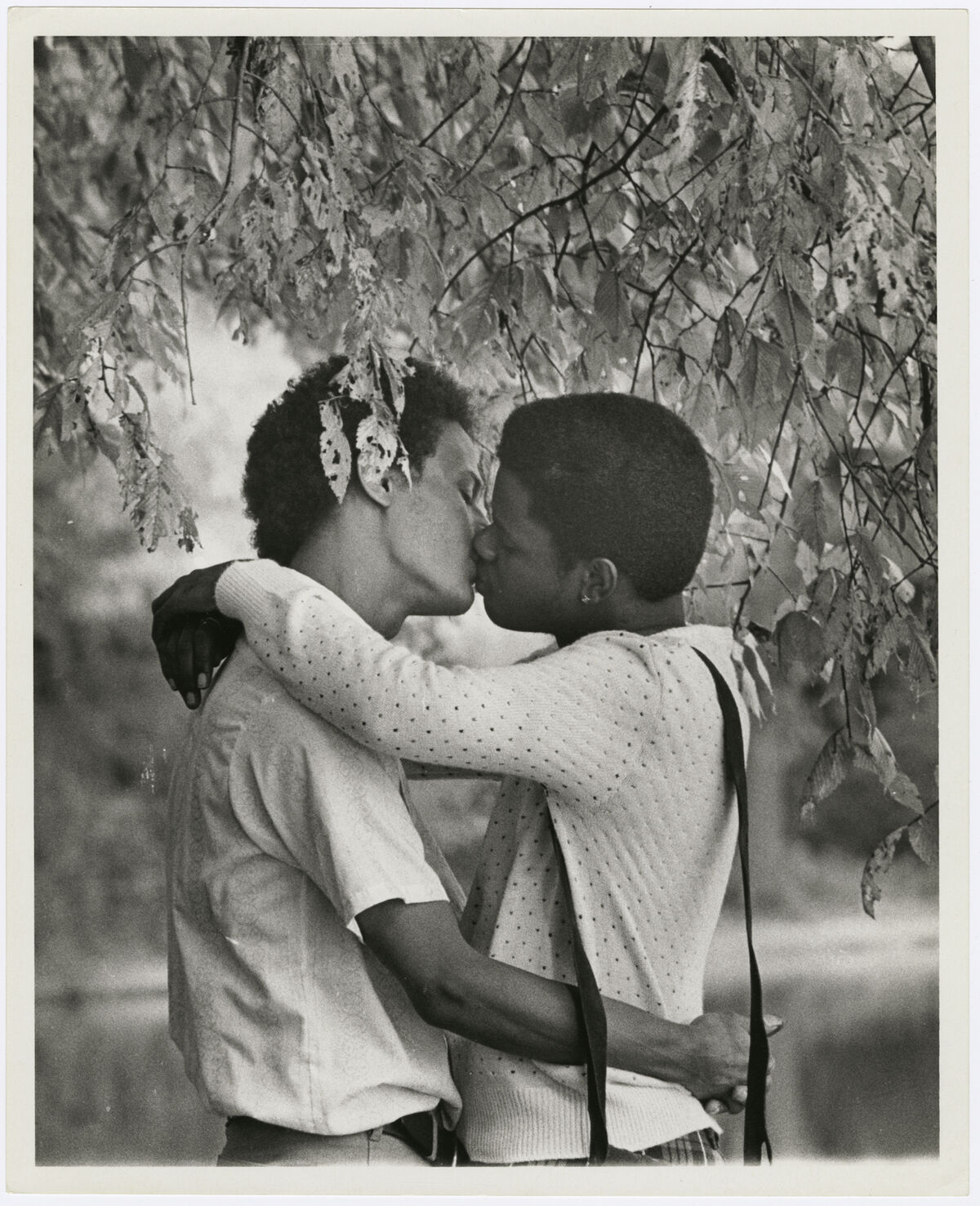 Davies, meanwhile, aligned with the Gay Liberation Front (GLF) and Radicalesbians. As Baumann points out, while Lahusen advocated to make space for LGBTQ+ individuals within society, Davies’s political affiliations “called for the radical questioning of society as a whole.” Davies, too, contributed images to the gay press—namely in Come Out!, a magazine published by the GLF. Despite having opposing viewpoints about how to advocate for queer rights, both women had an indelible impact on the broader movement. 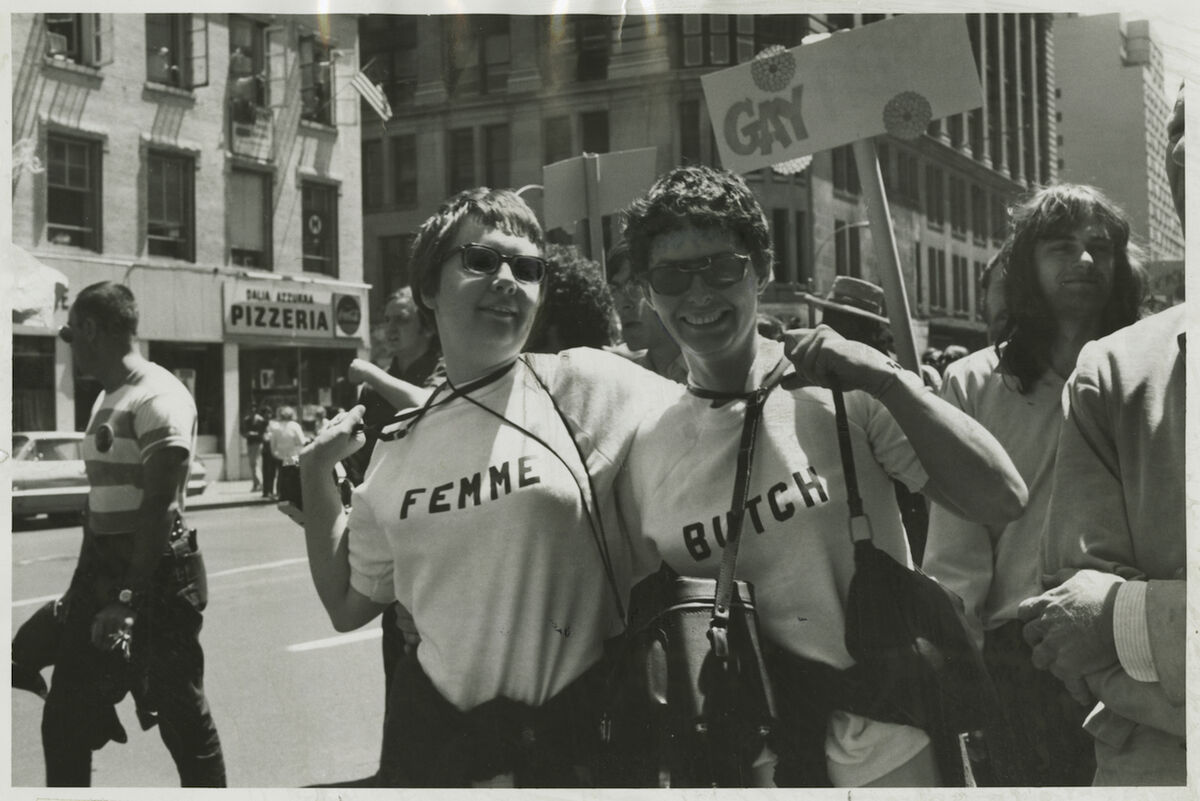 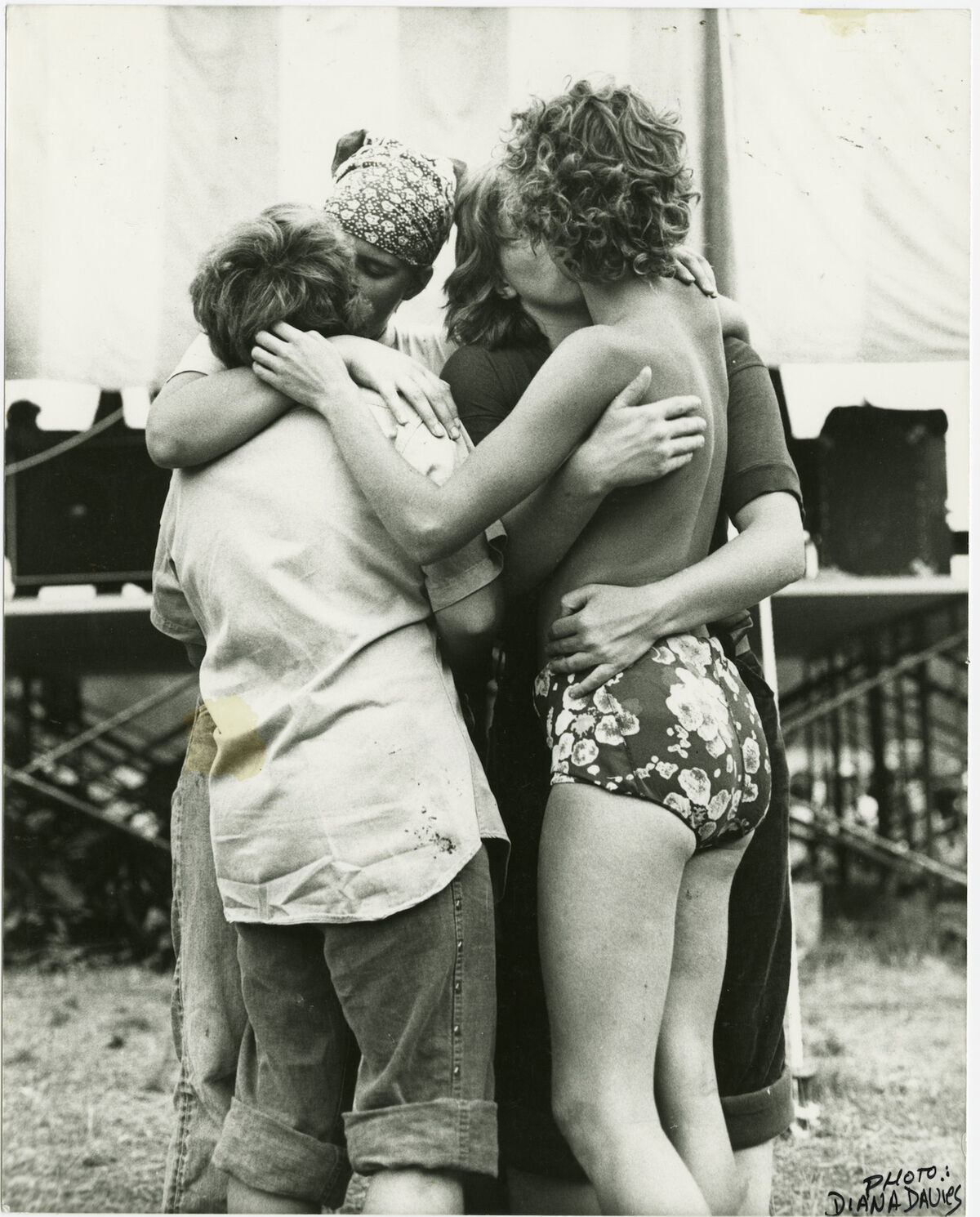 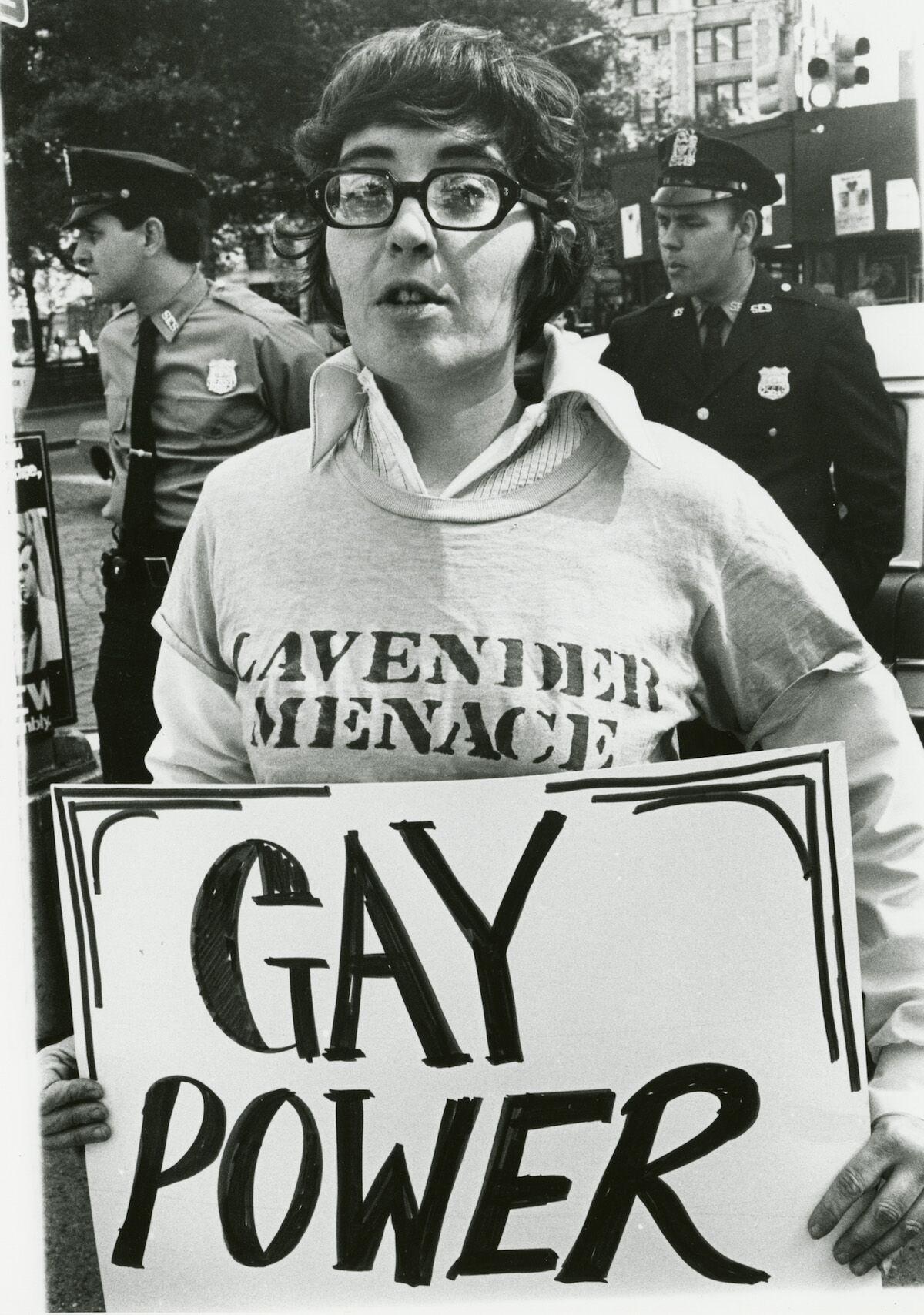 In Love and Resistance, the two titular themes are shown as inextricably linked through Davies’s and Lahusen’s work. There is tenderness and affection in their photographs of couples, friends, and strangers at demonstrations. There is resistance to cultural confines in their portraits of LGBTQ+ people with their chosen families, or young people being unapologetically themselves in public. Writer Roxanne Gay pens in a foreword that resistance is as deeply embedded in LGBTQ+ identity as sexuality. “We have had to fight for the right to love openly, to marry, to earn a living without being discriminated against because of our sexuality, to live with dignity,” she explains. “We thrive because we resist, but we also thrive because, at our best, we live joyfully.”
Jacqui Palumbo is a contributing writer for Artsy Editorial.
Related Stories