In popular discourse, the arts of Africa are positioned as having been discovered, interpolated, and folded into major Western art movements for the first time in the late 19th and early 20th centuries. The rise of modern art was concurrent with the “Scramble for Africa,” which officially began at the Berlin Conference in 1884, when European powerheads divided and claimed ownership over the majority of the nearly 12 million square miles that comprise the continent. As they’ve been codified by historians, these events imply that there was nothing happening in Africa prior to the arrival of Europeans; as German philosopher Georg Wilhelm Friedrich Hegel dismissively wrote, Africa is “no historical part of the world,” with “no movement or development to exhibit.”
Although several decades of archaeological and paleontological excavations have proven that life on this planet began in Africa, by and large, the continent has remained shrouded in a myopically dense, Eurocentric fog. Accounts of the existence of major cities and empires in Africa during the Middle Ages and before—including Kush in present-day southern Egypt and central Sudan, Axum in what is now Ethiopia, and Great Zimbabwe in modern-day Zimbabwe—are myriad. The legacy of colonialism, however, often overshadows more than a millennia of African history.
A new exhibition at the Mary and Leigh Block Museum of Art at Northwestern University aims to shine a light on Africa’s significant connections to and influence on the economy and material culture of the world—centuries before the calamitous brutality of imperialism and the transatlantic slave trade.
3 Images
View Slideshow 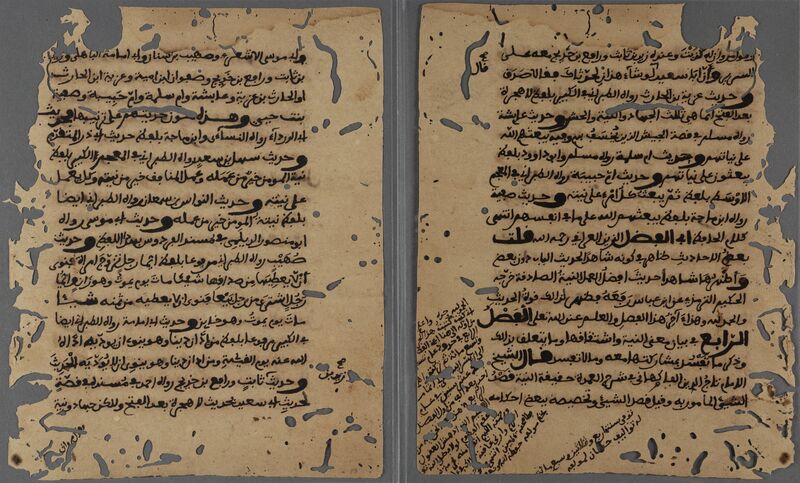 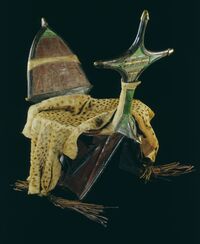 4 Images
View Slideshow
Opening on January 26th, “Caravans of Gold, Fragments in Time: Art, Culture and Exchange Across Medieval Saharan Africa” shifts the line of inquiry to center medieval Africa’s global influence through trans-Saharan trade networks in Europe, the Middle East, and Asia prior to the development of the slave trade. Dr. Kathleen Berzock, the Block’s associate director of curatorial affairs, organized the exhibition through cross-disciplinary partnerships with the Buffett Institute for Global Studies at Northwestern, as well as with historians, archaeologists, and anthropologists in Mali, Morocco, and Nigeria.
Showcasing over 250 objects (including artworks and archaeological fragments) spanning four continents and nearly a millennia, the show hopes to “shine a light on Africa’s pivotal role in world history through the tangible materials that remain,” Dr. Berzock explained, because “the legacy of medieval trans-Saharan exchange has largely been omitted from Western historical narratives and art histories, and certainly from the way that Africa is presented in art museums.” 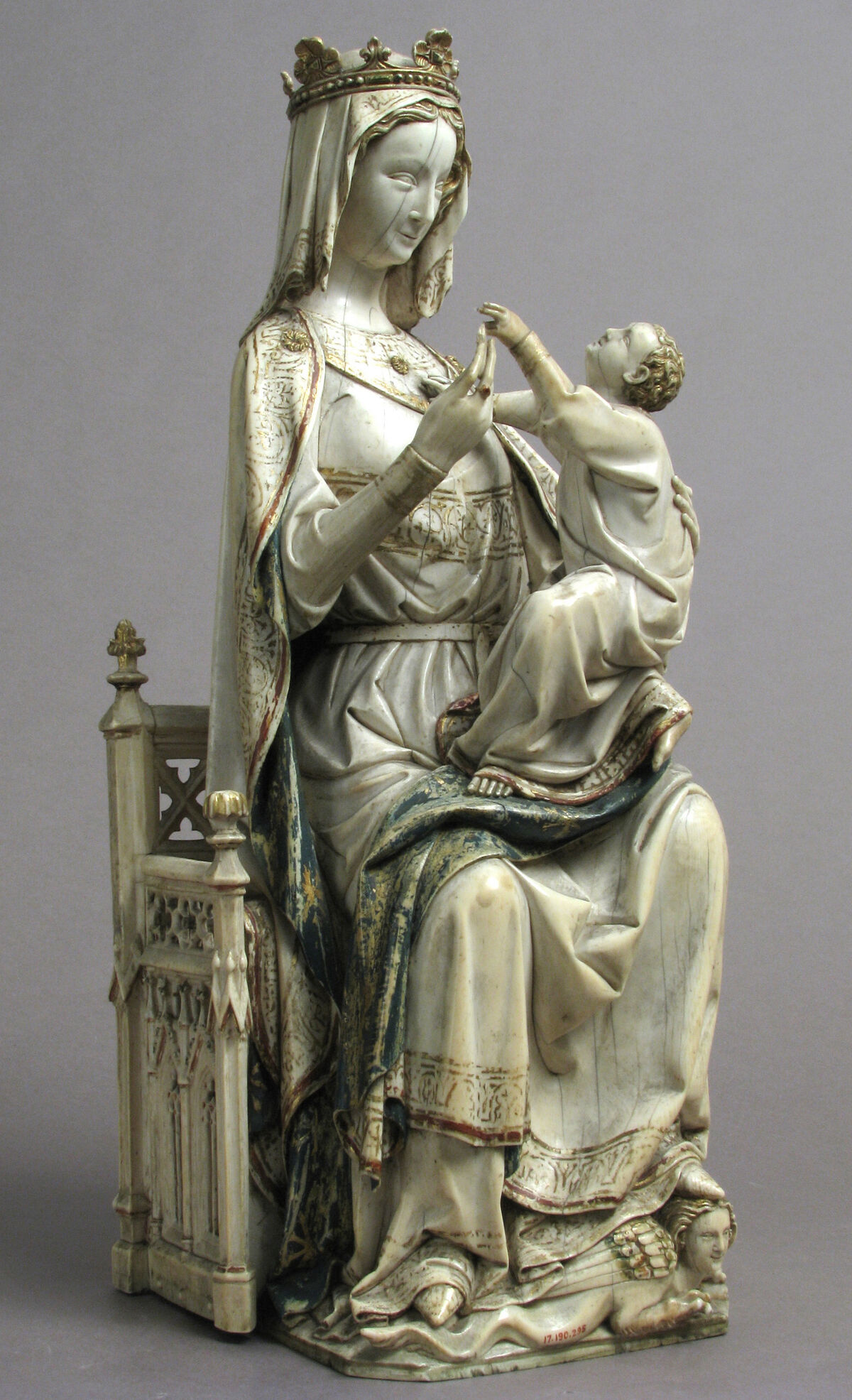 Virgin and Child, ca. 1275-1300. Courtesy of the Metropolitan Museum of Art and the Block Museum. Advertisement
Before now, the breadth of medieval Africa’s reach has been all but untapped in art-historical discourse. The majority of exhibitions have not highlighted the ways in which African material cultures had strong connections to economies and cultural production in other parts of the world. Objects like an ivory Madonna figurine from 12th-century France—carved from the tusks of African Savannah elephants—take on new resonance in the context of the trans-Saharan trade route. So does an extremely intricate 15th-century lost-wax cast from Nigeria, made of copper from the Alpine region. Such objects unequivocally establish Africa’s status as a global commercial center, and illustrate partnerships based on mutual benefit, rather than relationships marred by unequal exchange.
Among the most interesting fragments in the show is a Qingbai pottery shard made of Chinese porcelain unearthed at Tadmekka in Mali. With more than 6,000 miles between these two regions, the shard shows precisely how vast and intricate medieval trade networks across the Sahara were. Spices, copper, ivory, gold, salt, and other commodities made West Africa a region of renown across the medieval world.
A map from 14th-century Catalonia in present-day Spain prominently featuring Mansā Mūsā, or Mūsā Keita I, the ruler of Mali, denotes that Europeans took notice of the empire early on. Said to be the richest person to have ever lived—a feat even for modern standards—Mansā Mūsā presided over 1,200 miles of land; his empire included much of present-day Burkina Faso, Chad, Gambia, Guinea, Mali, Mauritania, Niger, Nigeria, and Senegal, and was peppered with plentiful gold and salt mines at a time of decline in European production. From 1323 to 1325, the Muslim leader voyaged from Timbuktu to Mecca on the hajj, setting out with a convoy of 15,000 subjects. According to contemporary accounts, the caravan was as long as the eye could see. Along the journey, the emperor lavished gifts of gold on everyone he met, strategically establishing key diplomatic relationships. Reports of Mansā Mūsā’s fantastic wealth made their way to Europe, and Mansā Mūsā and the Mali kingdom were quite literally put on the map in 1339. Algerian scholar Tahar Abbou writes that among the consequences of the Mansā’s journey was that it “stirred the European ambitions” to explore Africa in search of the Mansā’s gold source, bypassing the North African merchants who had previously acted as middlemen in the trans-Saharan trade.
Because of Mansā Mūsā’s influence, in its golden age, Timbuktu was renowned as one of the world’s major centers of knowledge, trade, and Islamic culture. Most of the surviving texts from which we learn of Mansā Mūsā’s exploits, and the histories of the trans-Saharan trade, are in Arabic, largely written by Islamic merchants and scholars. “We want people to also think about who wrote that story, and what other ways there are to tell the story,” Lisa Corrin, the director of the Block Museum, told Artsy. Berzock agrees: “These ‘fragments in time’ are key to conjuring a new vision of the past,” she said. “We have a unique opportunity to use art history to contextualize these fragments and to use the special context of the museum to make visible the story of the thriving African cities and empires that were foundational to the global medieval world.”
Amid tense calls from contemporary African leaders for Western museums to return looted artifacts, the Block Museum chose to collaborate with African institutions like the Musée National and L’Institut des Sciences Humaines in Mali and the National Commission for Museums and Monuments in Nigeria. Their efforts brought an unprecedented trove of items as-yet unseen outside of Africa to the exhibition. Highlights range from a delicate, indigo-dyed woven fabric thought to be among the oldest existing African textiles, to terracotta and bronze sculptures predating the famed Benin bronzes.
“Caravans of Gold” is the first exhibition in recent memory to apply a wide lens to the pre-colonial period of African civilizations and their impact to effectively challenge what we think we know about the world. It’s a fallacious notion that Africa is without history, one that ultimately fuels the racialized subjugation and exploitation of people of African descent around the globe. The museum’s decision to present fragments is a novel one; it requires the viewer to make inferences and employ reasoning in a way that the standard, tacit relationship between a viewer and an art object typically does not. As we move forward in our efforts to transform narrative cycles that do not reflect who we want to be as a global society, this juxtaposition of fragments can be instructive: Nothing, history included, is ever totally complete. Understanding expands and contracts based on what details are placed in dialogue together, and fragments present an opportunity for robust critical engagement, analysis, and—most importantly—to stoke the imagination.
Niama Safia Sandy
Related Stories 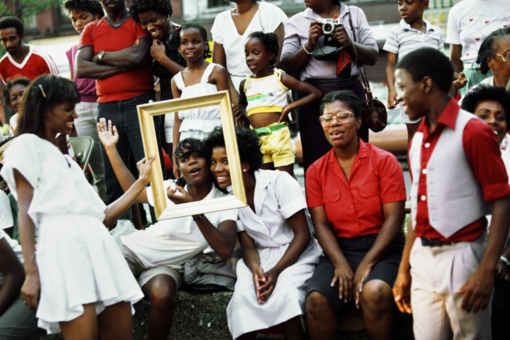 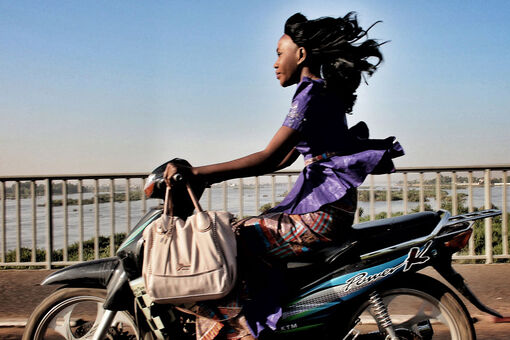 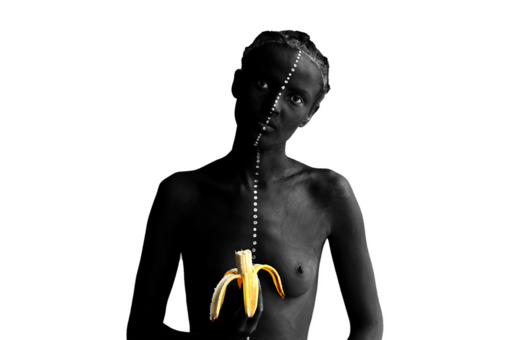