What’s at Stake in the Global Boom in Private Museums? Installation of works by Christopher Wool and Jeff Koons in The Broad’s third-floor galleries. Photo by Bruce Damonte, courtesy of The Broad and Diller Scofidio + Renfro.

The history of museums in the U.S. was forged on a fault line, a schism between two ideologies—one of which may explain the state of affairs today. Museums are currently seeing a rise, not only in their visitor numbers—the government’s Institute of Museum and Library Services estimates that U.S. museums receive 850 million visitors a year—but in the number of institutions now open to the public. In 2014, the U.S. government tallied a staggering 35,000+ museums. This country’s museums span across all topical tastes with about 4.5% of those now dedicated to art.
That growth extends across the globe, and 2015, with its slew of major museum openings, saw no slowing of the trend. Following its move downtown in May, the Whitney Museum is reported to have doubled its attendance (the director didn’t give a number, but in 2014 the attendance was around 340,000). There’s the 120,000-square-foot Diller Scofidio + Renfro-designed Broad in Los Angeles, packed with Eli & Edythe Broad’s nearly 2,000-piece collection, which by the end of the year is estimated to be seen by 200,000 visitors in little more than three months. The Aïshti Foundation also unveiled its David Adjaye-stamped building filled with 2,000 objects, 170 on display in the opening show curated by Massimiliano Gioni. And there’s the Garage Museum in Moscow, which in June upgraded from a kunsthalle to a large-scale institution to showcase contemporary art exhibitions and original programming, as well as a growing collection of archives of 20th-century Russian art.

In looking deeper at this new crop of institutional contenders, a pattern emerges: The overwhelming majority are single-funder or privatized museums. The tradition of privatized museums is almost as American as apple pie. Museums, as collections of curios, stemmed from the 16th-century kunstkammer (cabinet of curiosities). In 1786, a George Washington portraitist and collector named Charles Willson Peale opened a kunstkammer in Philadelphia—now cited by some as the first American museum. At the turn of the 20th century, when enormous wealth found its way into private hands, Gilded Age patrons—many of whom went on shopping sprees in Europe for works by Old Masters and the era’s avant-garde, aka
Renoir
,
Cézanne
, and
Monet
—became incentivized to turn their collections public. 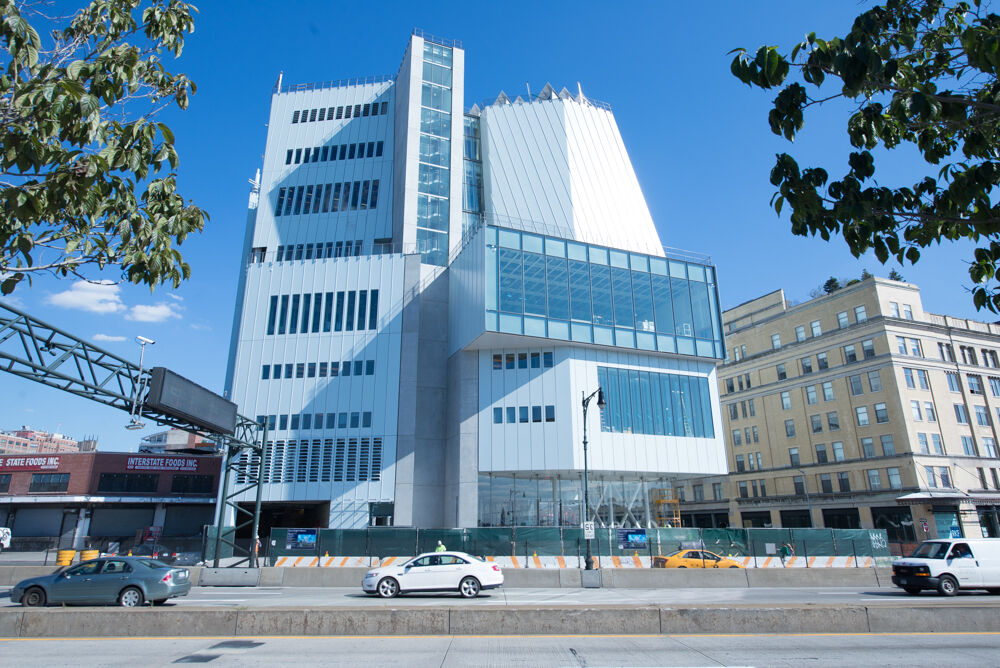 The Whitney, Frick, Barnes, and Phillips collections still stand as paradigms of that foundational era—and are making the same sorts of updates as their fledgling counterparts. The rich buy art. And the super-rich, well, they make museums. Cue Budi Tek, Liu Yiquan, Mitchell Rales, Eugenio López, Peter Brant—these are just some of the individuals who have amassed impressive collections and in turn erected intimate spaces, some just a stone’s throw from their mansions, to showcase their holdings. With the tax benefit status that most countries afford private museums (China being the most notable exception), the boon to building a public space for one’s collection can extend far beyond the accumulation of cultural capital. (This might not always be the case, however: In its latest effort to crack down on museum-related tax evasion, the Senate Finance Committee is reviewing 11 private museums’ tax-exempt status, including the Broad, the Brant, the Rubell Family Collection in Miami, the Hall Art Foundation in Vermont, and the Goss-Michael Foundation in Dallas.)
But let’s step back. After all, in a free global market, it’s neither a revelation nor inherently worrying that the wealthy are funneling their liquid net-worth into long-term investments like art, especially when tax opportunities arise with their public display. Art has always needed patrons. However, some such as Stephen E. Weil have argued that the tax incentives given to private museum founders in effect make them publicly backed entities—and thus ostensibly take away from funding that could otherwise be provided to public institutions.

Museums and the market

The relationship of museums to the market has a storied past. Historically in the U.S., there are two branches of thought about a museum’s role in society. In 1843, P.T. Barnum purchased Peale’s curiosities chamber and decided to add to it with “exotic” animals and “bizarre” humans—creating, in effect, freak shows that contextualized static objects and live entertainment in much the same way, and encouraged shock, awe, and amusement. At the same time, a request left in the will of a Brit named James Smithson petitioned the U.S. Congress for a government-funded, public institution for the “increase and diffusion of knowledge.” That gave birth to America’s frontier of scientific exploration and cataloguing, the Smithsonian Institution. A tension between entertainment and pedagogy arises, one in which capitalism rewards the former.
The pressure that museums feel to serve up entertainment has been on the upswing over the past century. In a 1998 article in the journal Museum International, Kenneth Hudson, after examining nearly 40 over-200-year-old pioneering institutions, concludes that “the most fundamental change that has affected museums during the [past] half century… is the now almost universal conviction that they exist in order to serve the public…. The museum’s prime responsibility was to its collections, not to its visitors.” While this study is over 30 years old, the effects of that shift are now institutionalized. One need only look to the shifting language of museum departments: education is now often replaced by or paired with “public engagement.”
Weil, who on top of having been the Smithsonian’s resident museum scholar was also the former director of the Hirshhorn Museum and Sculpture Garden, wrote in 1999, in the academic journal Daedalus, that “Museums almost everywhere, in essence, have shifted from a ‘selling’ mode to a ‘marketing’ one.” He continues: “In marketing mode, their starting point instead is the public’s own needs and interests, and their efforts are concentrated on first trying to discover and then attempting to satisfy those public needs and interests.” In 2015, the visitor is a consumer, not only of the artworks in question but of the museum as a brand. 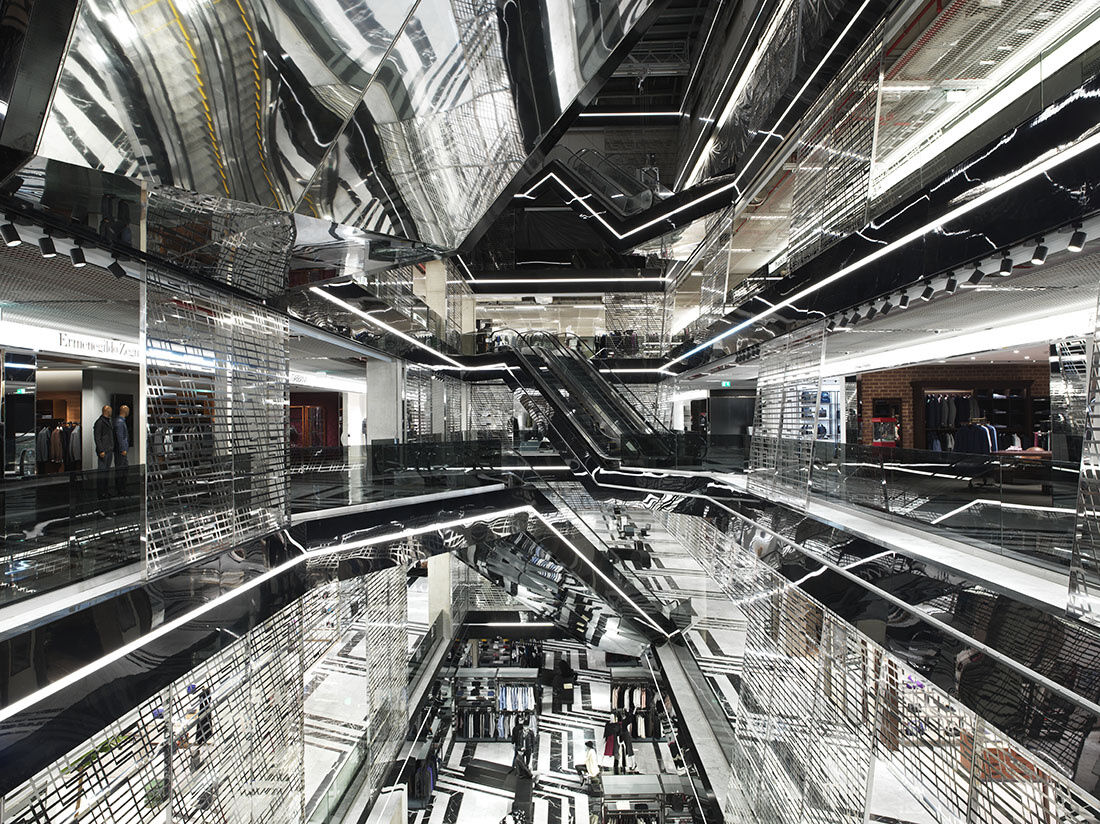 Advertisement
Museum “operators have realized that a new cultural praxis may not necessarily need to rely on many years of experience or historically constructed memory,” writes former Tate Modern director Chris Dercon in The Art Newspaper in an excerpt from a paper he presented at a museum symposium at the new, dazzling, privately owned Fondation Louis Vuitton. “Moreover, they realize that they can encourage culture to look and feel more like consumerism.” Dercon argues that museumgoers are increasingly unaware of the distinction between public collections and private loans—a distinction crucial to understanding what constitutes the art canon. As Philip Dodd, founder of the Global Private Museum Network, has said, “We’re seeing a mixed ecology where private museums become as, or more, important than public ones. For good or bad, the privatization of museums is a reality.”
In 1968, the Belmont Report, issued by the American Association for Museums, called—in the era’s utopian democratic tone—for increased federal funding as museums professionalize, benefitting the economy and society at large. But that public model mixed with capitalistic forces, creating a space where civic engagement became passive leisure. As former Metropolitan Museum of Art director Philippe de Montebello would have it, museums are about “the memory of mankind, as it preserves pieces of history.” In an age where institutions are becoming inclusive of a larger, pluralistic narrative of history, much for the better, does our “memory of mankind” simultaneously contract when private-sector forces with narrow tastes dictate what objects will be remembered? Are we not just reshuffling the variables at play to come up with a market-winning hand, one that unravels the benevolence all of the stewardship, knowledge production, and professionalization created up until now?
Julie Baumgardner
Related Stories