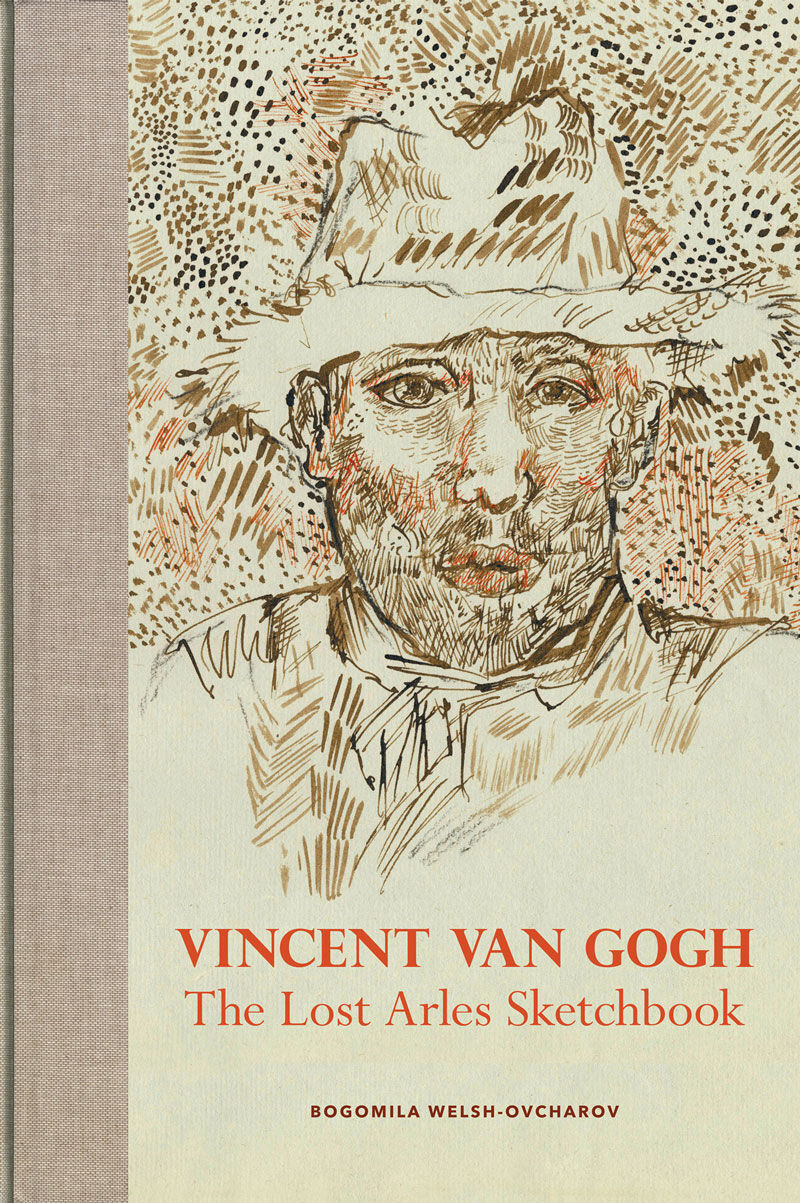 Photo courtesy of Cultural Services of the French Embassy.

Two respected art historians ignited controversy on Tuesday when they proclaimed 65 ink drawings in a newly revealed sketchbook to be authentic works by
Vincent van Gogh
. But the Van Gogh Museum responded swiftly with a wholehearted rejection of the claim. So what are the opposing stories and why are art world experts describing the faceoff as “unprecedented”?

The case for authenticity

The works—sketches supposedly made between 1888 and 1890, a period when the Dutch artist resided in the French village of Arles—are the subject of a new book, Vincent van Gogh: The Lost Arles Sketchbook, slated to be published Thursday. Claims of authenticity by the book’s author, Bogomila Welsh-Ovcharov, professor emeritus of art history at the University of Toronto, are bolstered by the backing of author Ronald Pickvance. Both Welsh-Ovcharov and Pickvance are well-regarded van Gogh scholars, each having curated high-profile exhibitions of the artist’s work at institutions including the Musée d’Orsay in Paris and New York’s Metropolitan Museum of Art, respectively.
Speaking to the New York Times, Welsh-Ovcharov said she spent three years tracing the sketchbook back to the hand of van Gogh. Her first clue was that it wasn’t a traditional sketchbook at all, but rather a commercial ledger that happened to be filled with drawings. She believes that the owners of the Arles café and inn where van Gogh stayed for several months in 1888 probably gave the ledger to the artist; van Gogh’s doctor, Felix Rey, then returned it to the café owners—a husband and wife named Joseph and Marie Ginoux—after the artist was admitted to an asylum for cutting off a piece of his own ear. Welsh-Ovcharov’s timeline draws from a café employee’s datebook, which includes an entry from May 20th, 1890, reading: “Monsieur Doctor Rey left for M. and Mme. Ginoux from the painter Van Goghe [sic] some empty olive boxes and a bundle of checked towels as well as a large book of drawings and apologizes for the delay.”
According to Welsh-Ovcharov, the sketchbook stayed with the Ginoux family until 1944, when it was retrieved by a neighbor who had no idea of its significance. In the 1960s, the collection of drawings was then gifted to the neighbor’s daughter, with whom it remained until a friend suggested she show the works to an expert. The pair ripped 30 sketches out of the book and brought them to Aix-en-Provence art historian and author Franck Baille, who in turn contacted Welsh-Ovcharov. “My first feeling was an incredible overwhelming feeling that I know what I have in my hands,” she told the Times. “But then, of course, I knew I needed to do the scholarship.”

Only the Van Gogh Museum has the power to officially authenticate work attributed to the Dutch painter. As such, they were presented with images from the newly discovered sketchbook, three times in total: first in 2008, again in 2012, when they received high-quality photographs of 56 of the drawings, and finally in 2013, when they examined several originals. In each instance, the museum concluded that the drawings were not genuine.
In a lengthy statement released on the same day as the announcement of Welsh-Ovcharov’s book, the museum disputed the attribution of the drawings to van Gogh. First, they note, the color of the ink isn’t consistent with other works by the artist. The newly revealed sketches are brown, whereas other drawings show van Gogh working solely with black or purple ink. Other issues include inconsistencies in the representations of certain landmarks with which van Gogh most certainly would have been familiar. Moreover, the works have a consistent style and appearance during a time period when van Gogh’s style is known to have been in a state of change. As the museum noted, such continuity is “very puzzling, because he was in constant development as an artist in that period, during which he lived in Arles and Saint-Rémy.”
Even the provenance has been questioned, with Louis van Tilborgh, a senior researcher at the Van Gogh Museum, calling the employee’s datebook an “unreliable source.” It suggests that Rey visited van Gogh in the asylum, but there is currently no evidence to prove their continued association during that time.

Controversies over the authenticity of van Gogh works have long been fodder for debate among scholars and the public. Part of what makes the artist’s work a subject of dispute is the lack of historical documentation. Van Gogh sold almost nothing during his life, and his early market was managed by the widow of his brother and her family. Without expertise, they lost control of the burgeoning sales, meaning many of his works lack early provenance. Additionally, the value of his works makes van Gogh a ripe target for forgery. “Given the prices that his works go for, he’s an artist that you can safely assume people would go to first in terms of trying to put forth a fake,” said David Brooks, who manages an online van Gogh catalogue raisonné. “Because if you’re trying to put forth a fake and get away with it, you might as well do it and possibly get tens of millions of dollars in return for your effort.”
But the dramatic, public nature of a faceoff between the museum and scholars is new. “This whole thing has really taken everybody by surprise, myself included, because Welsh-Ovcharov has been a well-respected van Gogh specialist, and I would say Pickvance even more so. He’s been in the field for decades,” said Brooks, adding that it’s the first time he has seen highly regarded specialists clash so publicly with the museum since it was founded in 1973. “The Van Gogh Museum usually likes to keep a low profile,” he explained. “Generally if they reject the authenticity of a work—and they do it all the time because they get hundreds of requests like this—they tell nobody. They respect the anonymity of the person who owns the artwork. Publicly releasing this press release and publicly slamming Welsh-Ovcharov is really surprising. It’s a real drama that I’ve never seen happen before.”
Martin Bailey, another van Gogh expert, commented in The Art Newspaper that the museum’s detailed statement was “unprecedented.” Brooks agreed: “I think that’s absolutely the right word. It’s really taken everybody off guard.”
Decisions made by the Van Gogh Museum are not set in stone: The last painting declared genuine by the museum’s authentication board, Sunset at Montmajour (1888), marked the reversal of a prior ruling. And these recent drawings could certainly continue to be a topic of contention, with Welsh-Ovcharov slated to publicly discuss the book at a panel on Friday in New York at the French Embassy’s Albertine Books. But with three distinct rejections, it seems unlikely the museum will reverse itself in the near future. And without the backing of the museum, the sketches that, if genuine, would fetch tremendous sums at auction will instead have difficulty finding any market at all.
Abigail Cain
Related Stories