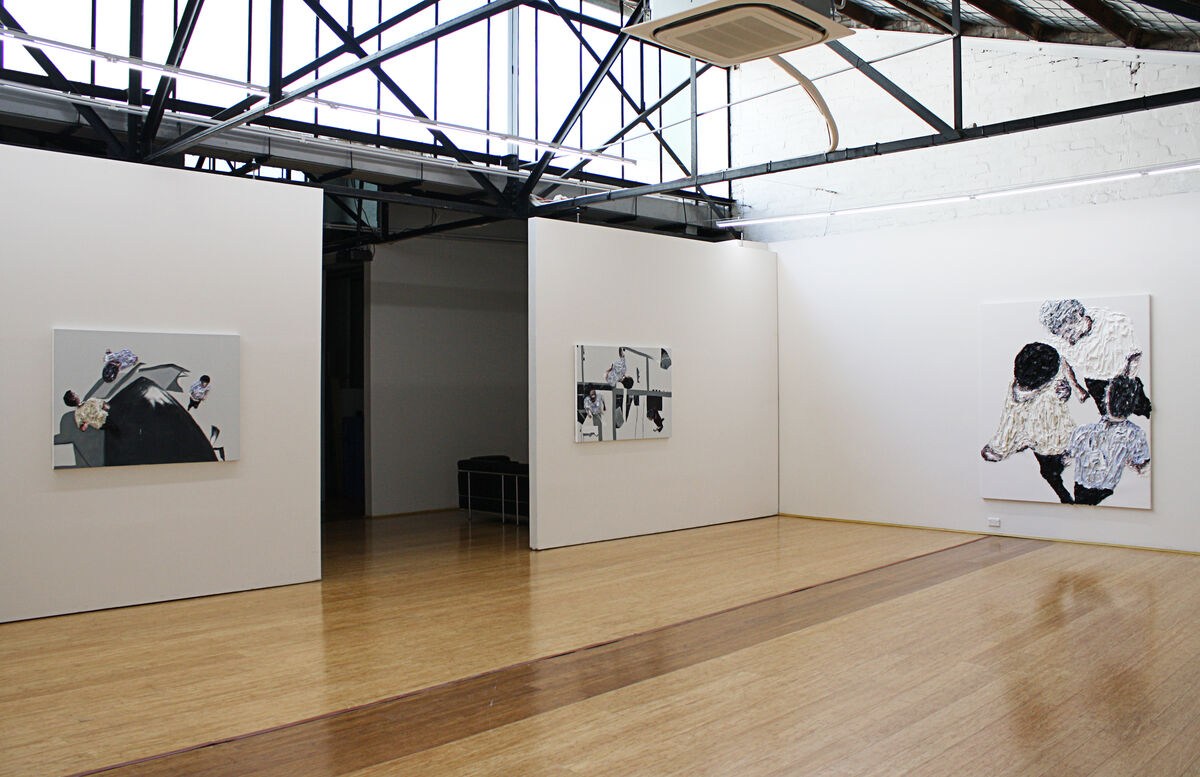 Austrian painter
Clemens Krauss
has developed a potent, compelling
impasto
technique to realize his dynamic, figurative paintings of crowds or clusters of people that seem to pulsate. Applying thick, textural daubs of paint in swirling motions and weighty layers, he employs the medium in a liberal, sculptural manner and produces an unusual sense of perspective. 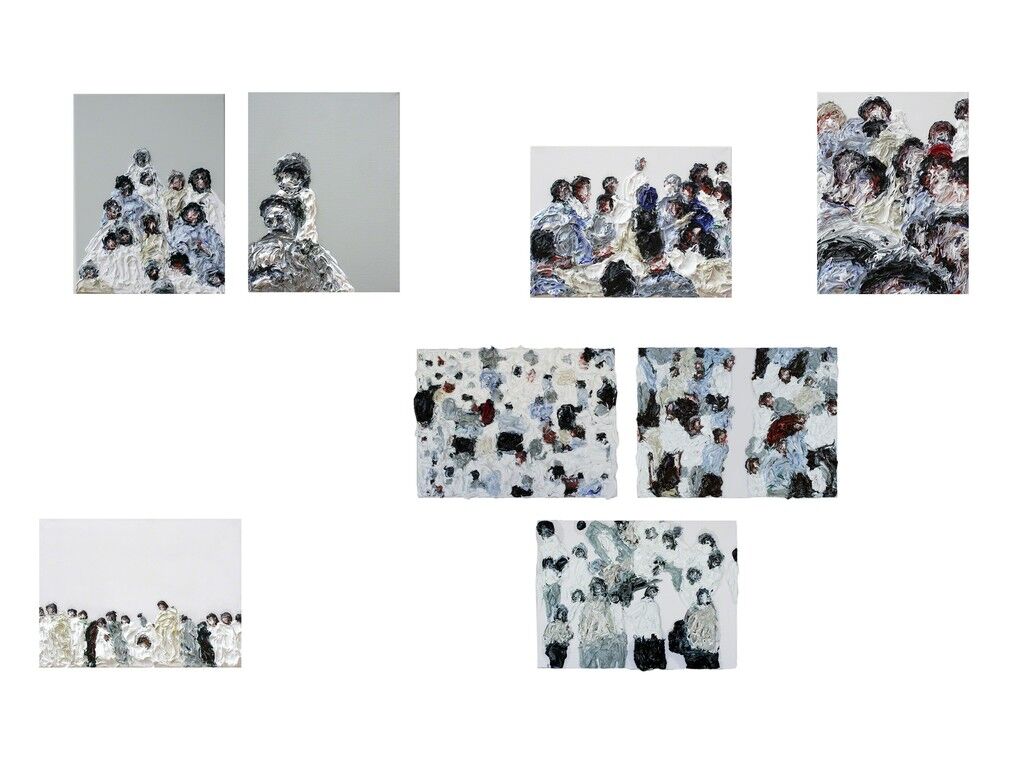 Clemens Krauss
'From the Series 'Human Noise'', 8 panels , 2015
Dominik Mersch Gallery
Aptly named “Friction,” Klauss’s solo exhibition, now on view at Sydney’s Dominik Mersch Gallery, features a bevy of the artist’s works, many of which embody the rich sense of resistance that the title suggests. The oil-on-canvas paintings by the Berlin-based artist recall those by artists like
Vincent van Gogh
,
Jackson Pollock
, and
Willem de Kooning
in terms of their use of of paint. Krauss differs though, in that he takes this abundance of material to a new level, and offsets it with expanses of bare canvas. Krauss’s works, which sometimes take up to six weeks to dry, might assume a subtler or, at times, a drastically different character after they have set. Viewed from different angles, the densely applied paint lends an ever-shifting, visceral quality to the canvases, which ultimately compliments some of the more theoretical ideas underpinning Krauss’ works. 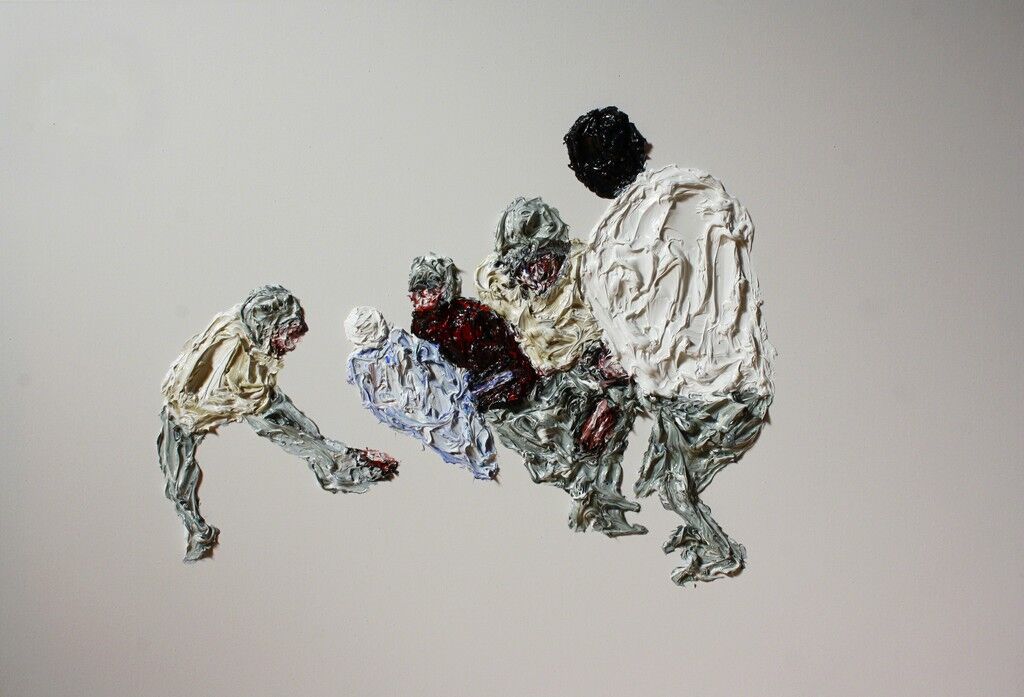 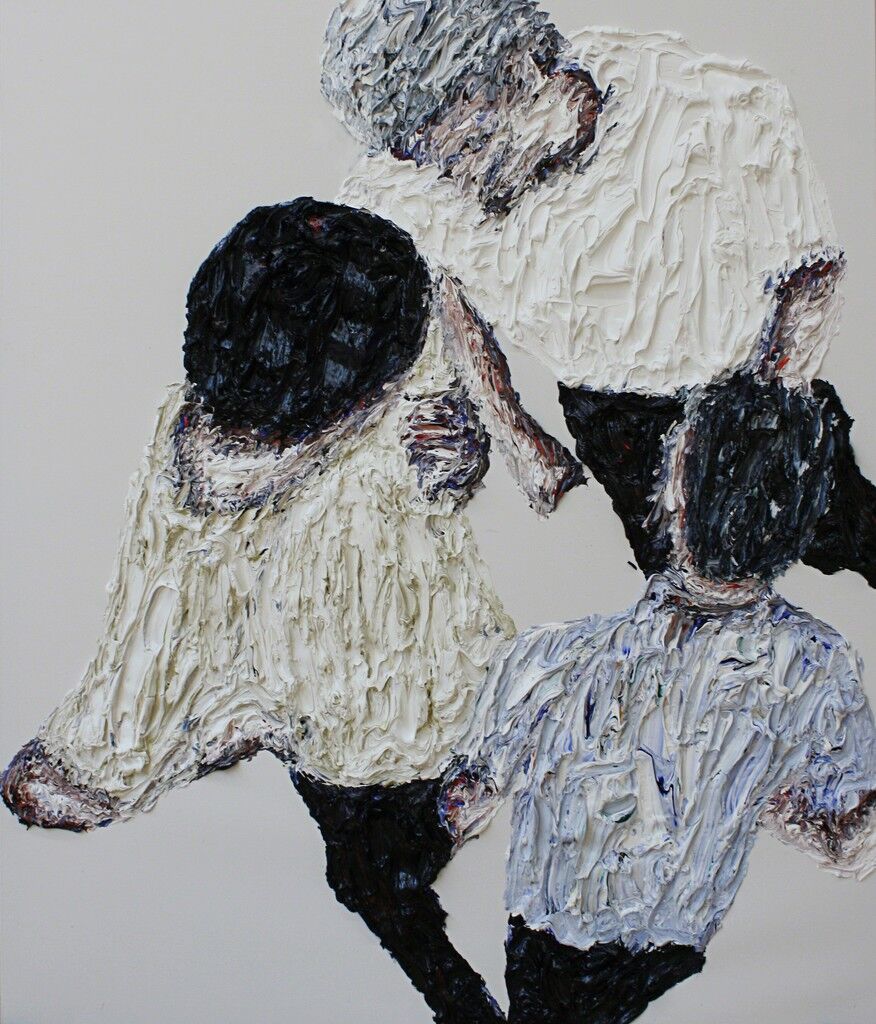 Clemens Krauss
Konstellation #7363, 2015
Dominik Mersch Gallery
Advertisement
Krauss, who is an accredited doctor and psychoanalyst, often produces works that consider the vulnerabilities of people, physically and mentally, framed by social, cultural and political circumstances, particularly within the context of mass media. The show offers a visual sampling of the ways in which the mind and body affect one another within these contexts. In spite of their strong visual impact, Krauss’s figures often appear weak and weary; other times they are shown from above, as though they are being watched. Even when huddled together, hunched over and with repressed postures, they seem all the more vulnerable, as if under the deeply scrutinous eye of an analyst or critic. Somewhat fragmented and abstracted, the figures are at once decontextualized and undefined, yet ultimately roundly framed against a stark background, with a lack of context, not unlike the way the media sometimes portrays individuals.