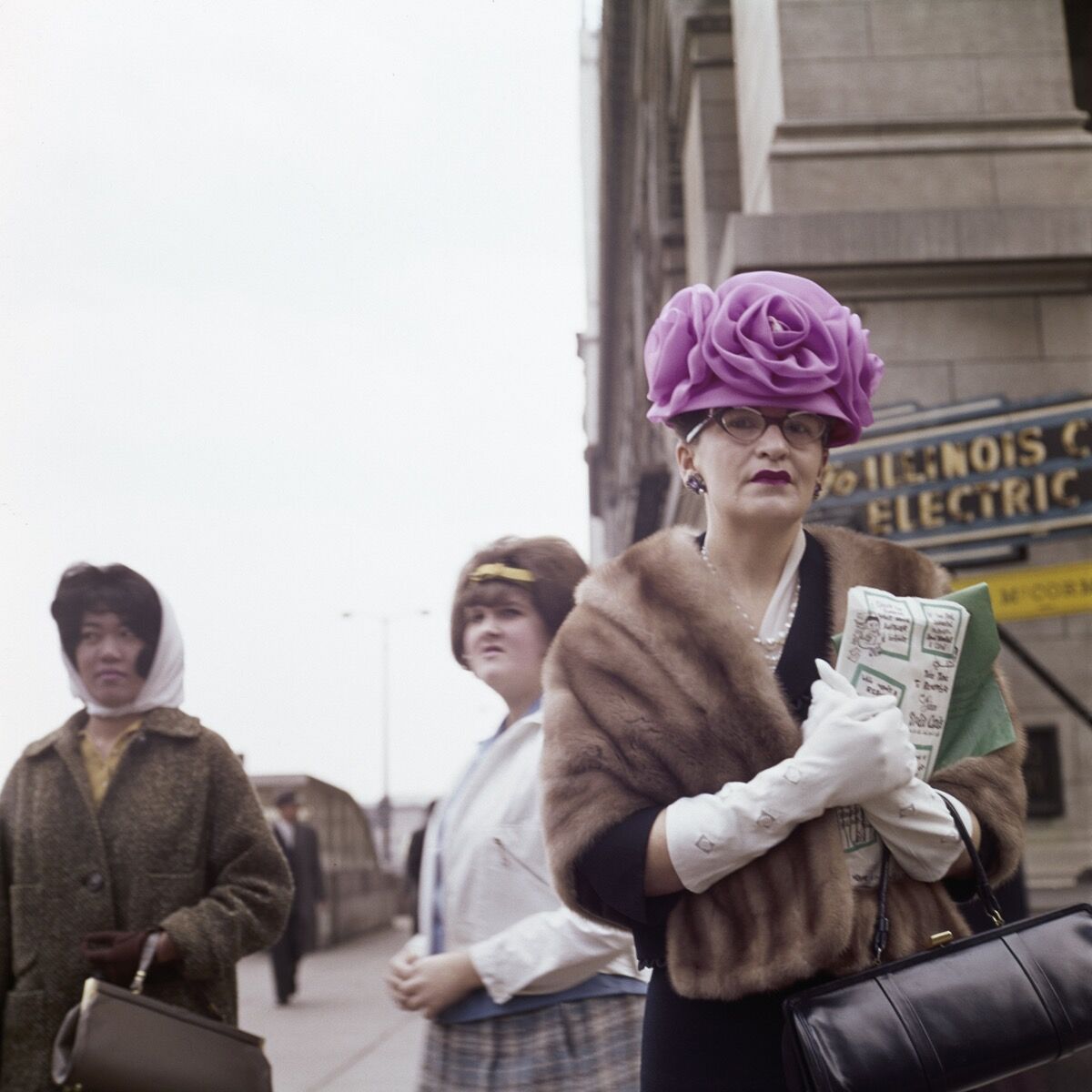 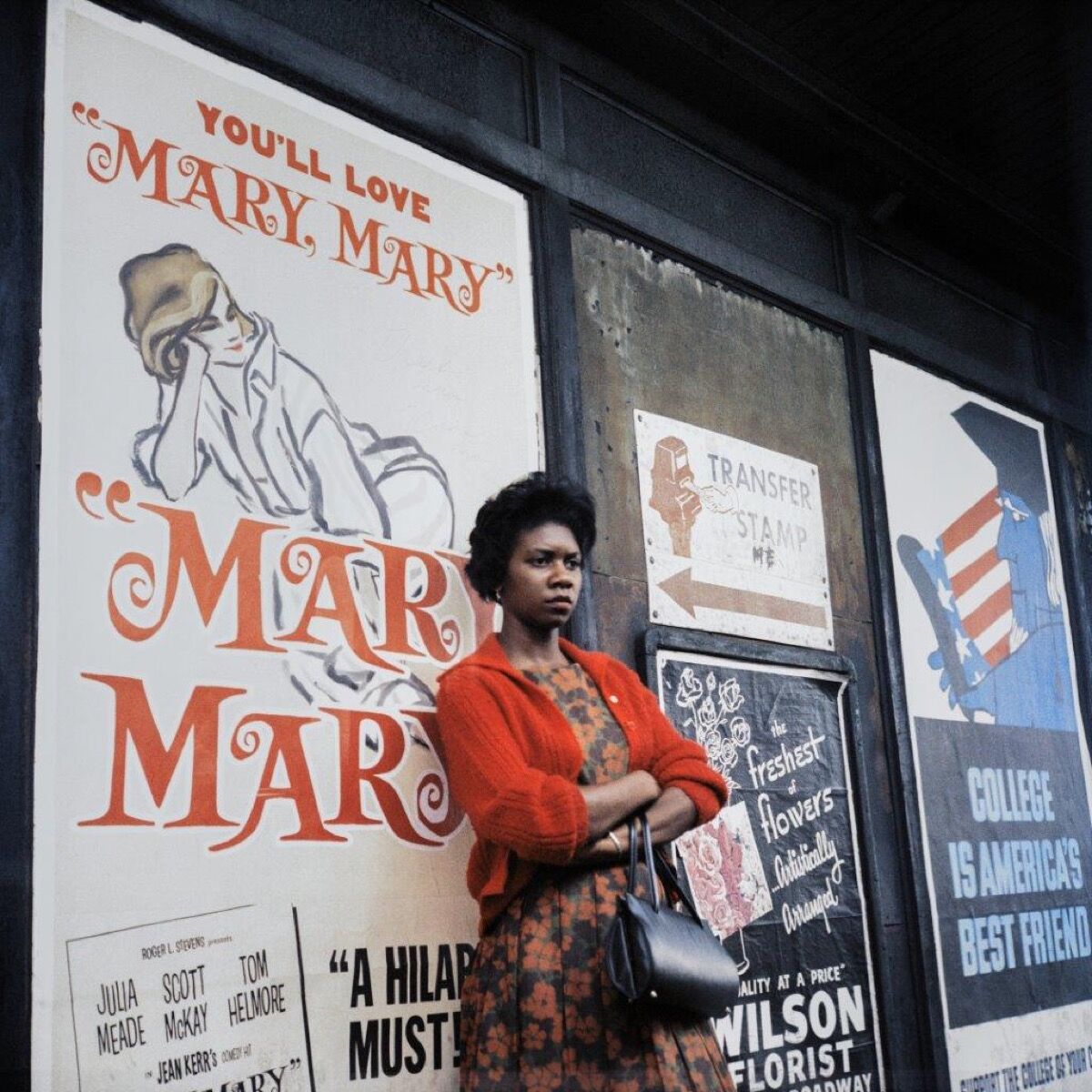 While
Vivian Maier
’s square-format black-and-white images became beloved worldwide after their posthumous exhibition at the Chicago Cultural Center in 2011, her color photographs have mostly remained a mystery until now.
Since that exhibition—one of the most attended in the center’s history—it has been widely known that her work was discovered by former real estate developer John Maloof, who bought a box of her negatives at an auction four years earlier for a mere $380. In doing so, he would essentially unearth a talented, yet totally unrecognized artist. Fascinated by her life, Maloof accumulated more of her work and belongings, processing a great deal of Maier’s undeveloped black-and-white film. 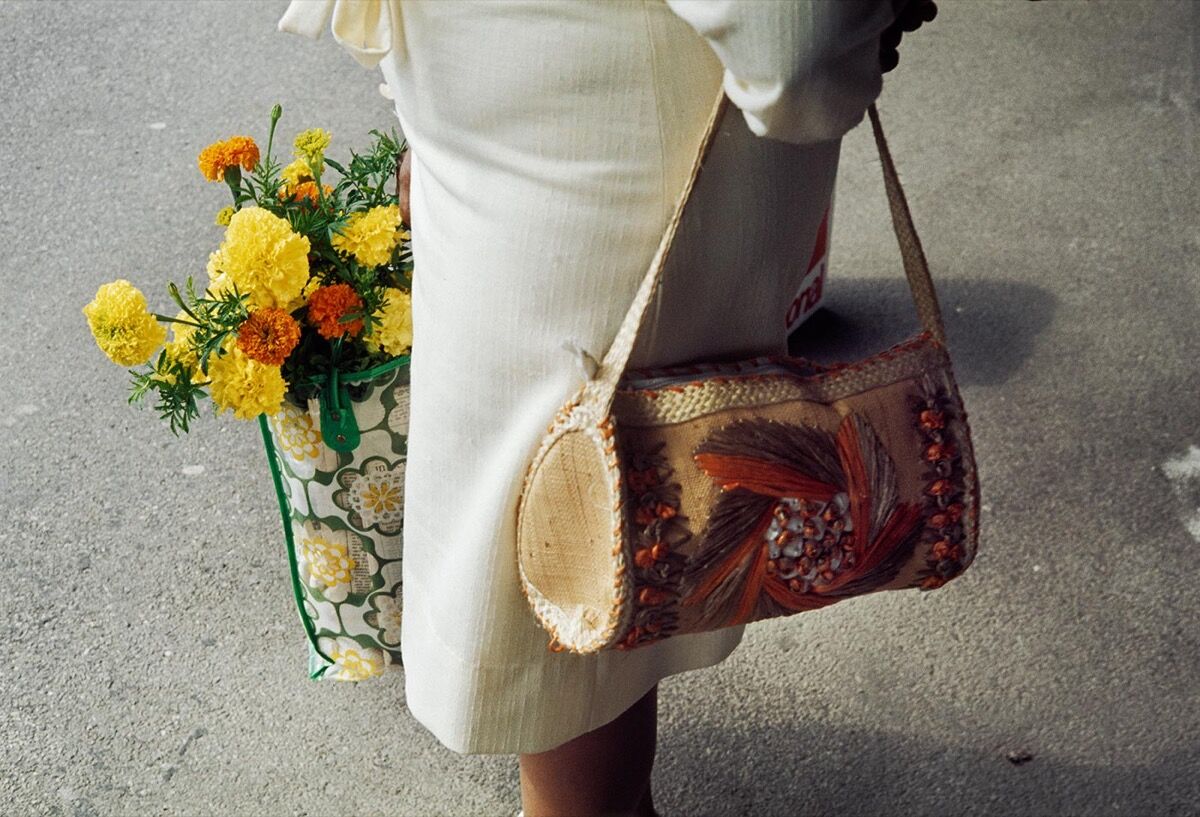 This is the work he showed in Chicago that quickly infiltrated the consciousness of both the art world and mainstream culture—even more so following his Oscar-nominated documentary in 2014, Finding Vivian Maier. Maloof kindled Maier’s posthumous fame and owned the bulk of her archive. But he hadn’t yet processed her color film, of which there were 700 undeveloped rolls as well as 40,000 Ektachrome slides, and which were mostly made during the last 30 years of her life, often considered her most mysterious.
This was largely due to legal disputes raised about copyright ownership between Maloof and her estate, which were settled in 2016, allowing him to process Maier’s color film. Selections from these rolls now appear in the first monograph of her color photography, Vivian Maier: The Color Work (2018). Looking at the images, we begin to unravel the questions we still have about her work and her life, some of which include who her influences were as a photographer, why she changed her shooting style, what informed her choice of subject, and if factors from her personal life affected the work she made. 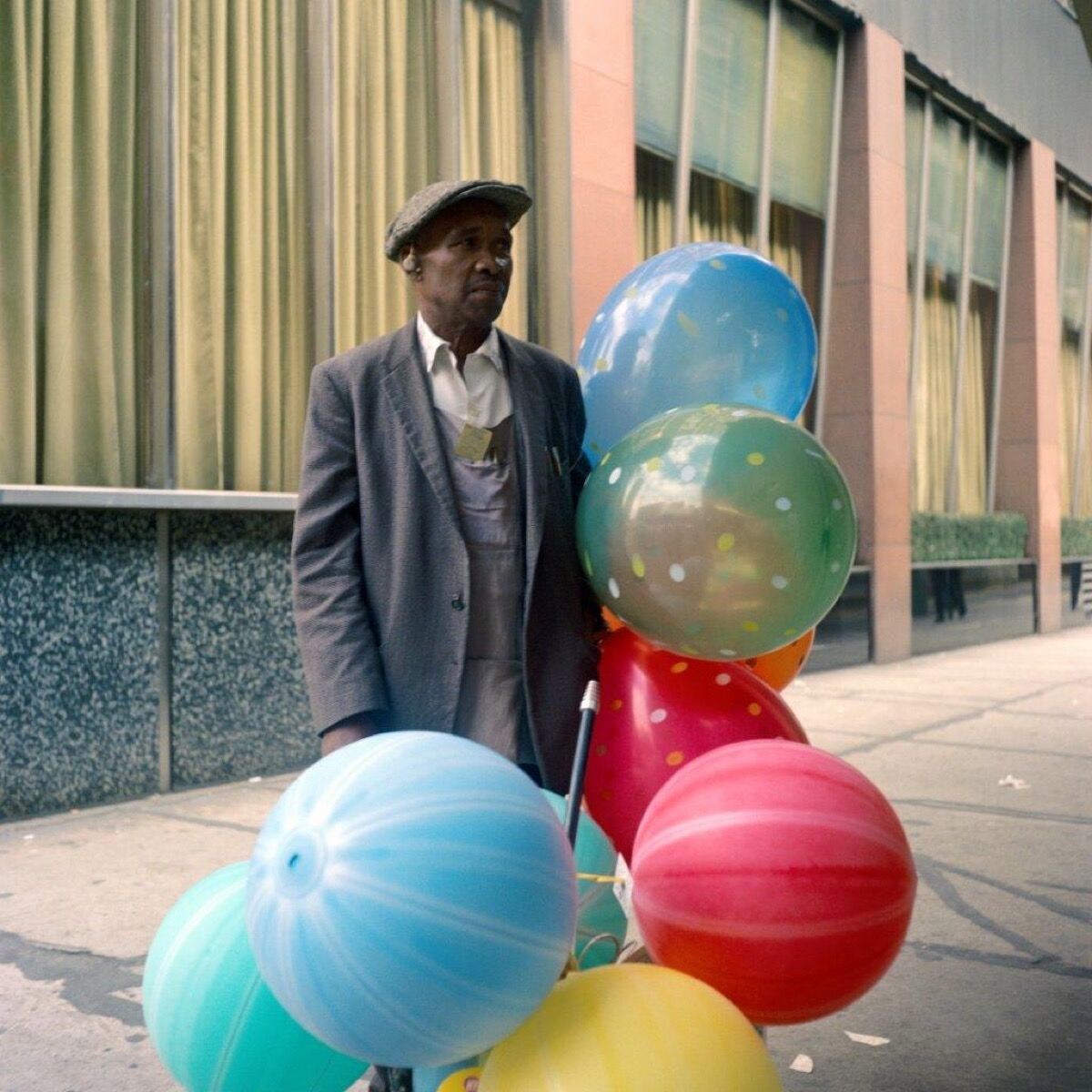 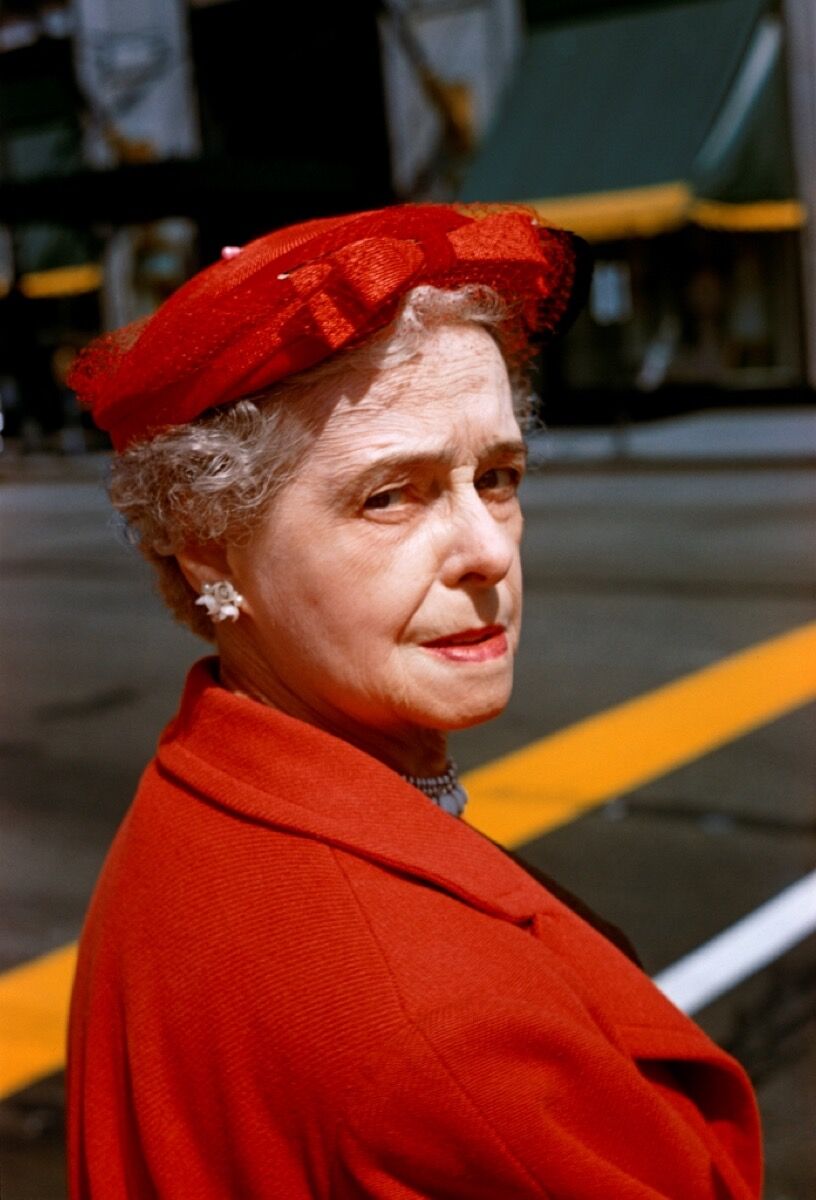 Advertisement
Curator Colin Westerbeck asserts in The Color Work’s introduction that Maier was not “a primitive”—that is, while she was talented, her work was not developed in a vacuum isolated from canonical photography. Because Maier saved nearly everything, ticket stubs show that while she lived in New York, she visited two key photography exhibitions at the Museum of Modern Art: 1952’s “Five French Photographers”—featuring the work of
Henri Cartier-Bresson
,
Brassaï
,
Robert Doisneau
,
Willy Ronis
, and
Izis
—and 1955’s massive hit “The Family of Man” (which she saw twice), where she would have seen the work of photographers like
Robert Frank
and
Helen Levitt
, to both of whom Maier is regularly compared. 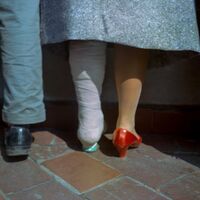 Vivian Maier
View Slideshow
6 Images
She also would have been able to view another iconic MoMA photography exhibition, 1972’s worldwide-sensation retrospective of
Diane Arbus
’s work, when it went on tour to the Museum of Contemporary Art Chicago. Westerbeck writes in The Color Work that he would be shocked if Maier didn’t see it, given how her work is very much inspired by Arbus: “I’ll go on record now saying that when an account of [Maier’s] books is finally available, one of them will turn out to be the slim, paperbound Arbus catalog that [MoMA director of photography John]
Szarkowski
published in 1972.”
In The Color Work, we also see Maier transition from her now-famed Rolleiflex to a 35-millimeter camera. It’s not clear why Maier transitioned formats, but the change did significantly alter her street photography. While the Rolleiflex is a camera one looks down into at usually waist- or chest-level, leaving a greater chance of relative invisibility to the subject, the 35-millimeter camera, of course, is held in front of the face, drawing more attention to the presence of the camera. Maier preferred to be as invisible as possible, so this becomes an unusual choice, even though we can see in her self-portraits from the time that the camera was quite small. 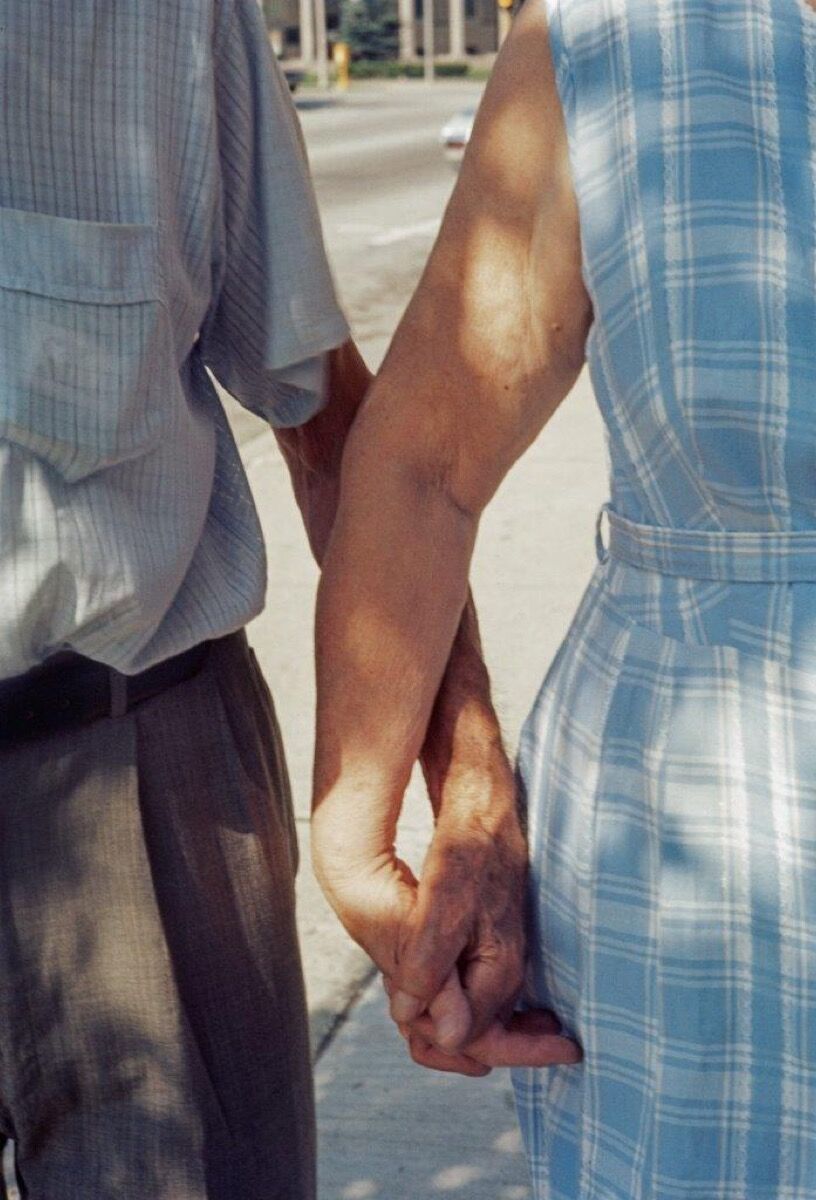 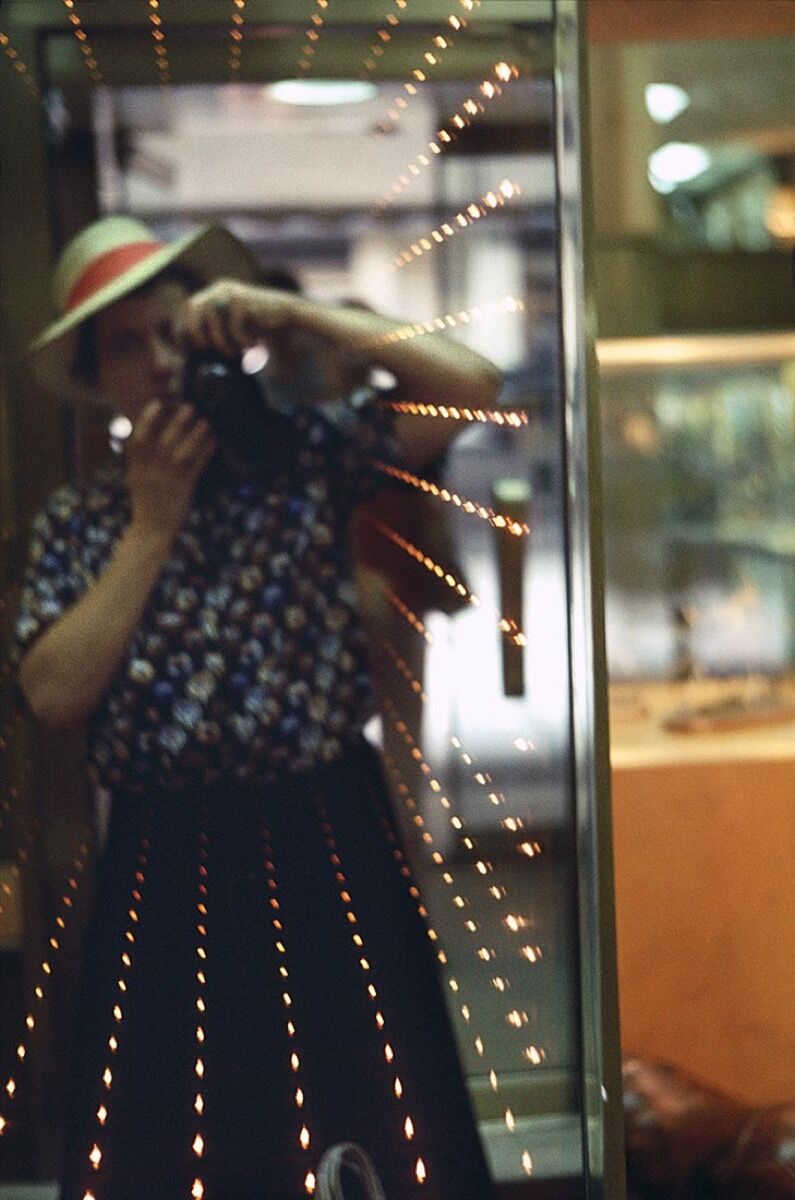 It’s clear, too, that Maier favored black-and-white film at the time, given not just the relatively small amount of color film she shot in comparison, but the extreme slowness of early Kodachrome film that made its use especially risky. Given that, it’s curious that she would have shot so much of it. In looking at those photographs, it’s almost as if she’s attempting to understand the genre in a new format—that 35-millimeter rectangle—with blur and grain appearing in her work in ways they hadn’t previously. Her new pursuit may have been pure curiosity or a matter of necessity, but either way, her work changes significantly as she interacts with a new style of composition. But she also sees her signature darkness in whatever she’s photographing, be it the grim stares of young boys at summer camp, a woman digging in a bright-pink trash can, or a lone glove in a bright-green trash can.
Maier’s massive collection of undeveloped, unprinted negatives also continues to baffle. It’s not as though Maier didn’t fancy herself a good photographer—Finding Vivian Maier reveals she had contacted a printer in France to produce some of her images, and she likely had a portfolio of images to present when she was in her twenties living in New York—but it’s possible that time, finances, and even itinerancy and her health caught up to her. At at least one point during the 30-year period in which Maier’s color images were made, she was out of work, homeless, and struggling with mental health issues, as Finding Vivian Maier speculates. It’s possible that without money or space to develop, or even the wherewithal to develop her images, they lavished until Maloof discovered them years later. 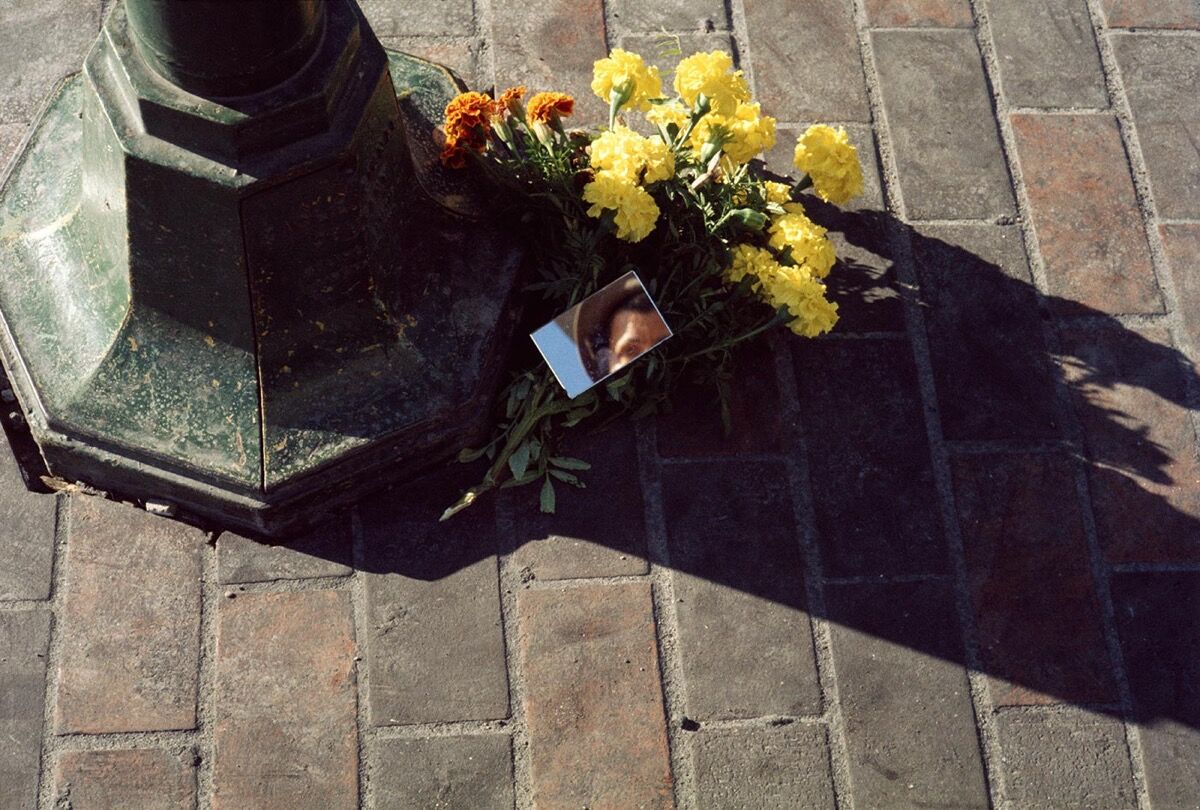 We also don’t know what caused Maier to produce images so steeped in sadness throughout her life. Maier did deal with feelings of displacement: As a child, she and her mother moved from New York back to a small village in France after her father abandoned their family; in her twenties, she returned to New York. And in her later years, she may have grappled with an aforementioned mental illness. While her feelings of displacement very much manifested in her imagery, discernible in the attention she pays to outsiders, there’s also a palpable gloom to the work in her later years, color work included.
And, yet, Maier historian Pamela Bannos argues this is really should be none of our concern. “The secrets she might have wanted to keep have to do with the shame that’s associated with those things (mental health, homelessness, etc.),” Bannos told the Windy City Times in 2017. “Ultimately I just don’t think she wanted anybody to know her business.”
Elyssa Goodman
Related Stories 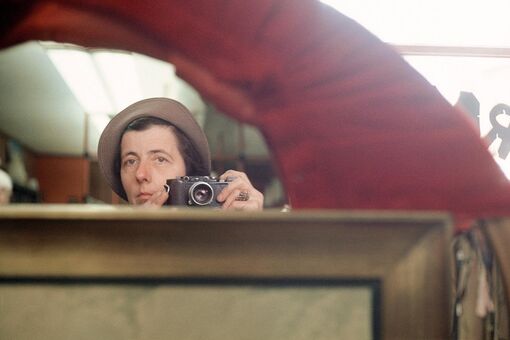 Why the Collectors Who Made Vivian Maier Famous Can’t Cash In on Her Work
Jessica Meiselman
Jul 11, 2017