How Walker Evans Changed the Way We See America 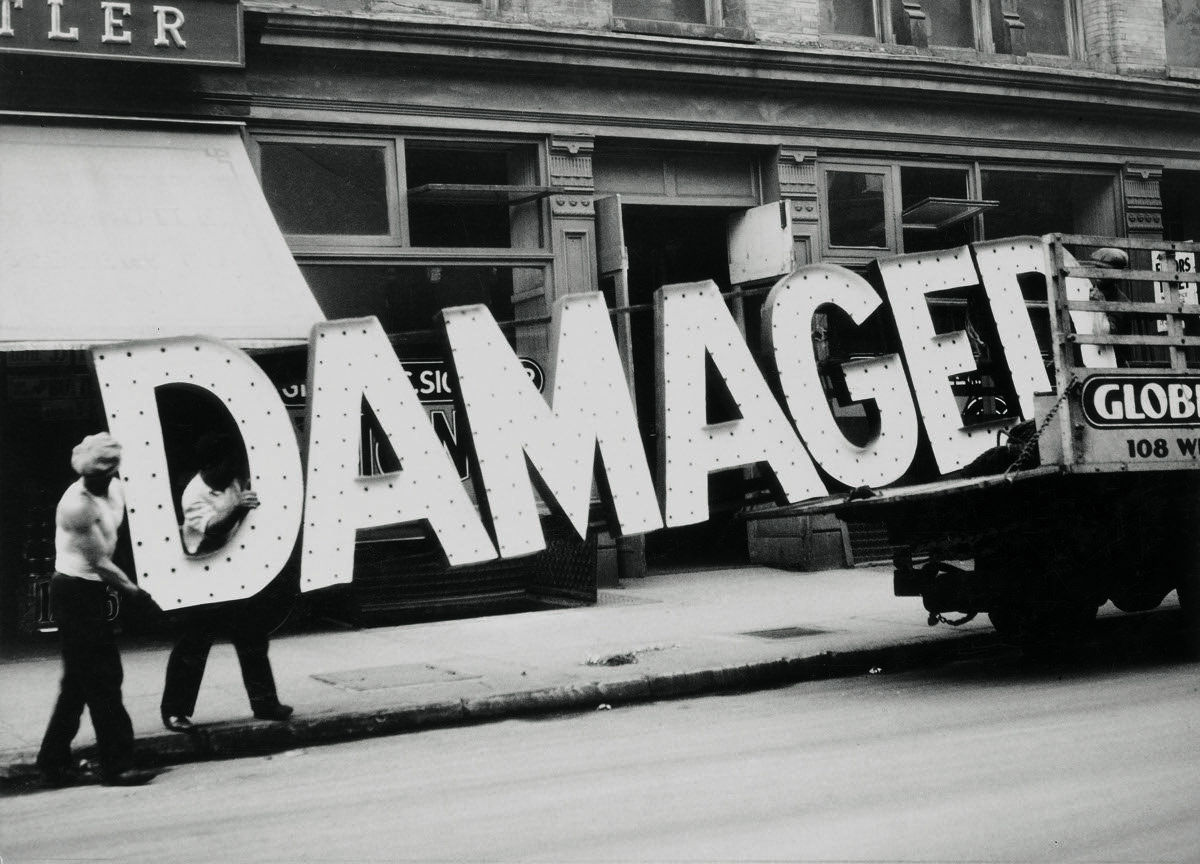 Back in the 1930s, before the mundane details of daily life were standard art fare, before popular culture became
Pop
,
Walker Evans
turned his lens on everyday stuff that most other photographers of his era chose to ignore.
“I lean toward the enchantment, the visual power, of the esthetically rejected subject,” he told an interviewer in 1974, a year before his death. Over the course of his highly influential career, Evans transformed those “esthetically rejected” subjects into an enduring vision of Americanness: Main Streets lined with storefronts and Ford Model-Ts, roadside stands adorned with Coca Cola and Nehi signs, the formulaic clapboard homes of factory workers.
“He was saying to us, ‘Look at these things. Usually we don’t see how interesting they are, but there is a kind of beauty in them and that beauty defines what America is,’” says SFMOMA curator Clément Chéroux, who organized the massive “Walker Evans” retrospective that opens at SFMOMA this fall after debuting at the Centre Pompidou in Paris.
While some of Evans’s images might convey the mythic allure of a simpler, more innocent time and place where everyone in town knew everyone else, the photographer wasn’t as nostalgic for a bygone era as much as fascinated by a country searching for roots and a national identity in the flux of modernity. Taking to photography at the onset of the Great Depression, Evans always had a fraught relationship with capitalism and industrialization. 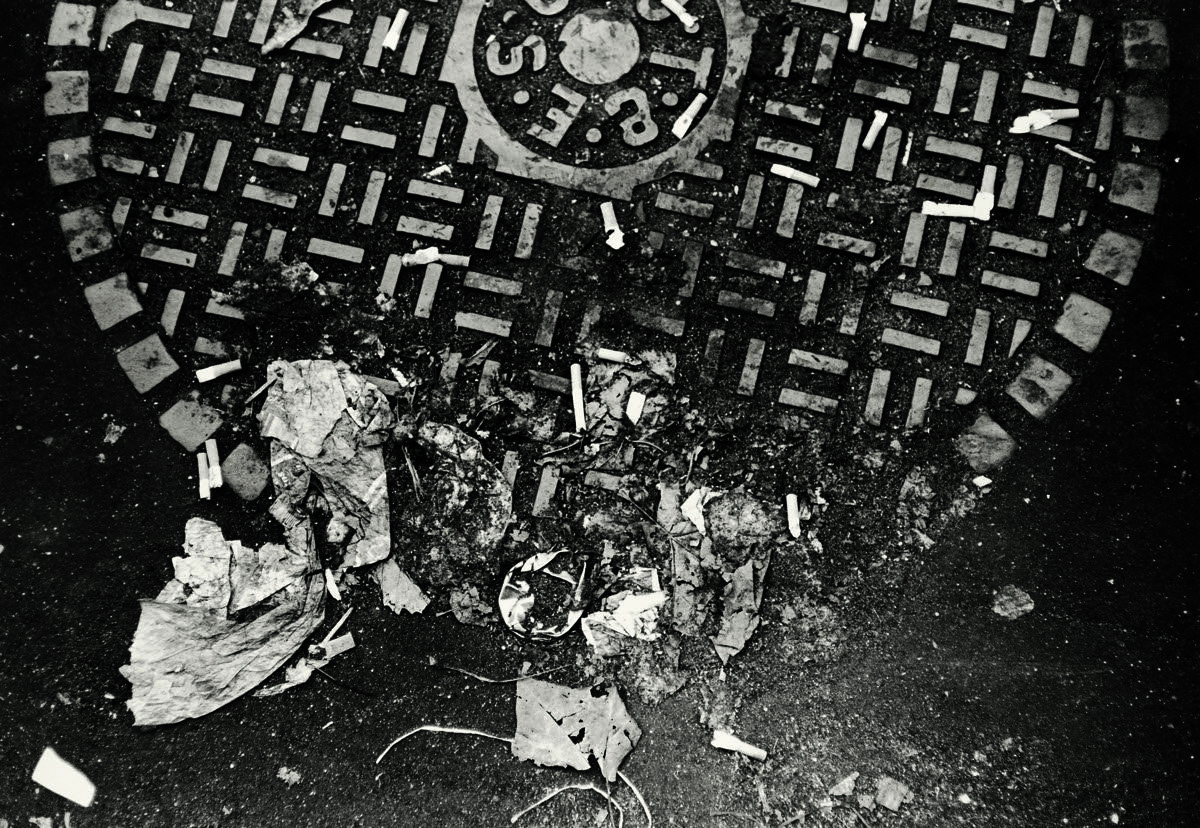 “I was really anti-American at the time,” Evans told an interviewer in 1971, reflecting on his Depression-era photographs of the 1930s. “America was big business and I wanted to escape. It nauseated me.”
Averse to sentimentality, Evans located the texture and spirit of America’s national character not in its folk art or handicrafts, but in a new kind of visual language aligned with American consumerist culture. “When I started working on Evans, I realized I had to rethink what the vernacular in America was,” says Chéroux. “Here, it was factory-made, or made by industry.” It’s what the historian Miles Orvell has aptly described as the “anti-world of folk commerce—country stores stocked with general goods, pawnshops, roadside tire stores, street vendors.”
For Evans, the American vernacular also included junk, even garbage—rusty car carcasses littering the American countryside, second-hand shops full of other people’s castoffs, cans full of trash. As signs of the excessive consumption of a manufacturing-driven society fixated on the new, these images spoke to American prosperity as well as its decline.
“He knew there was a dark side to modernism,” says Chéroux, “that you couldn’t have progress without regress, that if you increase the speed there’s a greater chance for an accident, and if you increase consumerism there is more trash.” Advertisement
Born in St. Louis in 1903, Evans spent two semesters at Williams College before moving to New York to become a writer. He eventually took off to France for a year to satisfy his Francophile literary impulses, and when he returned, in 1927, he traded the pen for the camera to record his cultural observations.
He landed a variety of assignments that led him along America’s burgeoning highways and byways, from the farming and industrial regions of the Northeast to the coal-mining towns of West Virginia and across the South—and in addition to his vast archive of urban imagery, he built his portfolio of small-town vernacular architecture and roadside commerce.
It was in rural Alabama, while on assignment for the Farm Security Administration and then Fortune magazine, that he shot his most celebrated photos, those of indigent migrant farmers resettled by the New Deal initiative. (Some of these would comprise the visual component of Let Us Now Praise Famous Men (1941), a book about tenant farmers that he co-created with his friend, the writer James Agee.) 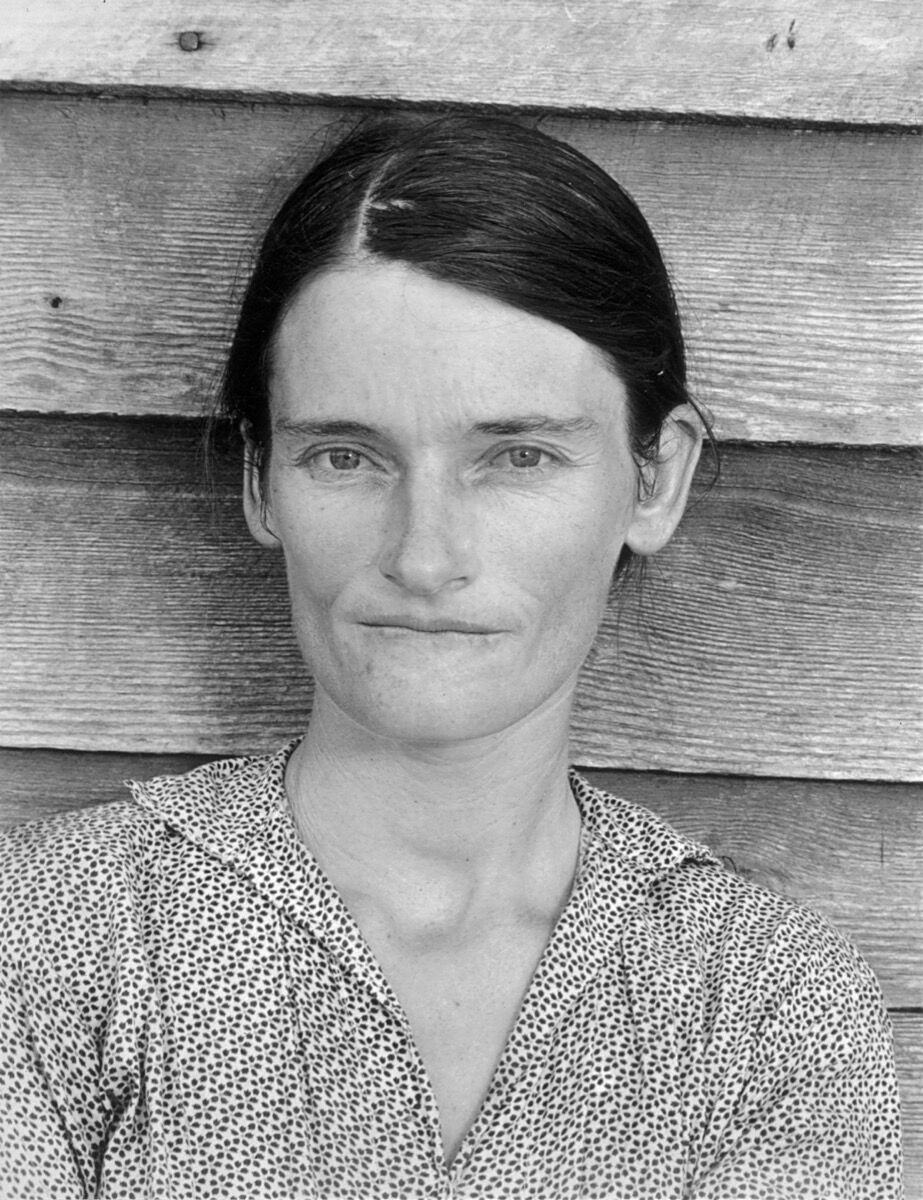 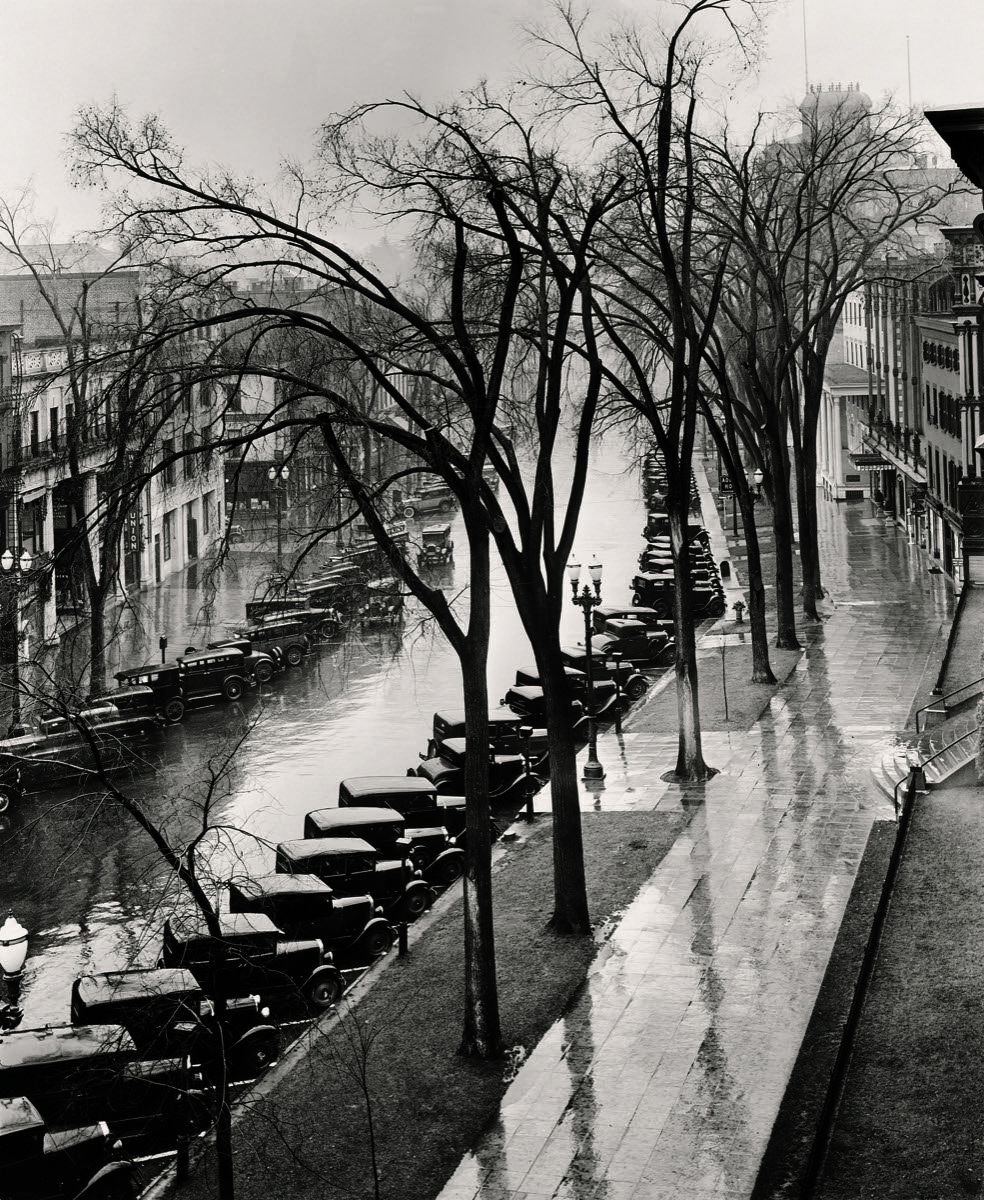 Using a large-format camera, an apparatus that delivers incredible detail, he focused less on land and labor than the look and feel of the farmers’ austere domestic settings, bringing to view the raw facts of their sparse belongings—their splintery walls, tattered boots, rudimentary kitchens, and rusting bedframes.
As utterly American as his vision now seems, it’s important to note that his fixation on realism was forged largely in Paris. “The big paradox of Evans’s career is that he was trying to define what was at the heart of American culture, but with a model coming from Europe,” says Chéroux. While in Europe, he immersed himself in the realism of writer Gustave Flaubert and translated the work of Charles Baudelaire, whose ruminations on the beauty of the street led him to meditate on the underlying melancholy of modernity.
Returning to New York with a different eye, he met American photographer
Berenice Abbott
, who introduced him to the work of
Eugène Atget
, whose images of the old streets of Paris visually preserved them as they succumbed to modernization. Inspired by his French cultural heroes, Evans set out to document the authentic, ordinary, and transitory details that he now saw in his homeland. While Evans’s realism was clearly at odds with the aestheticized images of contemporaries like
Alfred Stieglitz
, he was quick to deny his role as a documentarian. Police photos were
documentary
, he argued; he worked in a “documentary style.” That style wasn’t just a matter of the subjects he chose but the format he used, and many of his photos were clearly inspired by the postcard, that lowbrow format that nearly any American could find familiar.
Evans owned more than 9,000 postcards (now in the Walker Evans Archive at the The Metropolitan Museum of Art), along with enamel signs, ticket stubs, posters, and other ephemera salvaged from the streets. “What appealed to the nascent photographer were the cards’ vernacular subjects, the simple, unvarnished, ‘artless’ quality of the pictures and the generic, uninflected, mostly frontal style that he would later borrow for his own work with the camera,” writes Met curator Jeff L. Rosenheim in the exhibition catalog for the Pompidou/SFMOMA show.
It was in Fortune magazine, the publication founded in 1929 to cover “Industrial Civilization,” that Evans shared many of his cultural observations. Working there as staff photographer for 20 years (from 1945 to ’65), he on several occasions took the opportunity to publish hand-colored postcards from his collection. He also lectured on his postcard collection at Yale—a performance that landed him a job first as visiting critic and then professor. 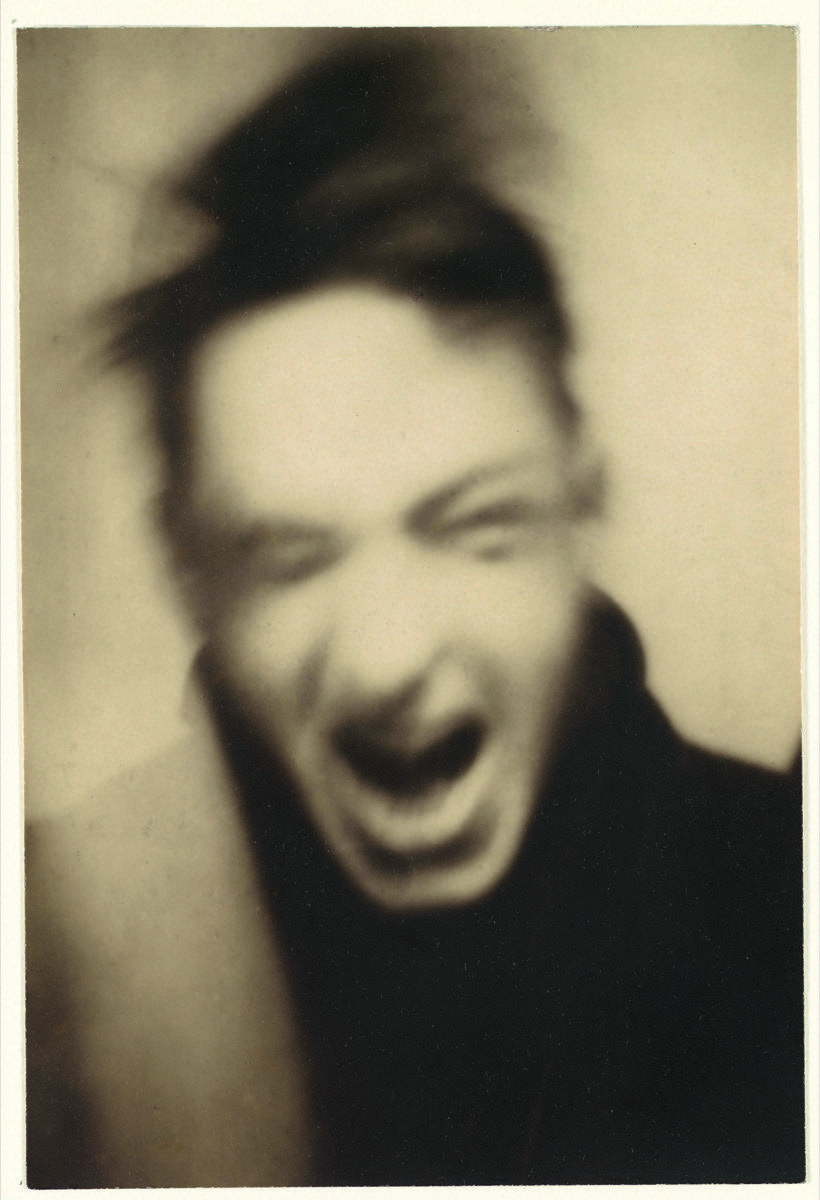 There are undeniable visual connections between his depictions of America’s Main Streets and those pictured in his postcards, and it’s clear that those mass-produced cards, practical and popular thanks to the rise of road travel and car culture, represented a powerfully authentic Americanness to Evans.
Just as he took inspiration from these “folk documents,” a generation of photographers after him would look at his own postcard-like photographs—his shots of commercial signage, roadside architecture, and storefronts—in their own eagerness to capture the feel of the country as it moved into the late 20th century.
Robert Frank
,
William Eggleston
, and
Stephen Shore
(not to mention
Andy Warhol
) sunk their teeth into these enduring motifs. They all repeatedly captured Coca Cola signs, for instance, and it’s easy to read their mid-century images of cars, gas stations, diners, and motels as a continuation of Evans’s preoccupation with the tenets of American culture as he saw it: mass production, consumerism, and the eventual obsolescence of all things new.
Meredith Mendelsohn
Related Stories