“We Buy Gold” Brings a Piece of the Venice Biennale to Bed-Stuy, Brooklyn Portrait of Joeonna Bellorado-Samuels by Darryl Richardson. Courtesy of We Buy Gold.

Nestled between a dry cleaners and a realtor’s office on Bed-Stuy’s Nostrand Avenue, in Brooklyn, an unassuming white cube space named “We Buy Gold” is currently hosting artwork from the Venice Biennale, in an exhibition titled simply “Two.”
The straightforward title of the show, the roving gallery’s second since it launched in March, contrasts starkly with the complex and loaded nature of the pop-up exhibition space itself. Run by D.C. lobbyist-turned-Jack Shainman Gallery director Joeonna Bellorado-Samuels, it both stands as testament to the quick evolution of cities and suggests something of a challenge to gentrification.
But Bellorado-Samuels is hesitant to characterize the gallery as commentary on gentrification as such, even though the impact such art spaces have on their surrounding environments, as well as the relationship of the art world to people and spaces of color, are not lost on her. 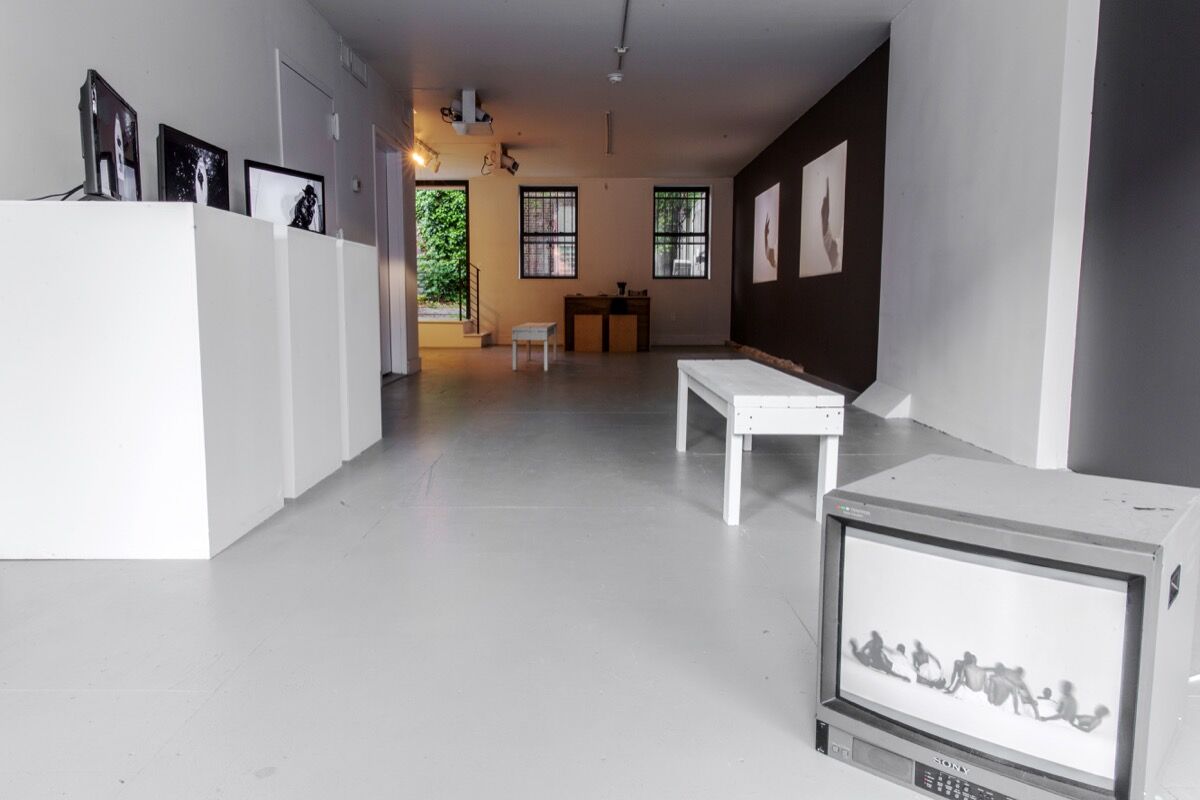 Installation view of “Two.” Courtesy of “We Buy Gold.”

Borrowing its name from the popular signage for pawn shops familiar to low-income neighborhoods, “We Buy Gold” is intrinsically linked to concepts of value and commodity. The gallery is, however, surprisingly welcoming. With its doors perched open all day and a neon sign reading “Cash for Gold” hanging in its window, it’s seamlessly integrated into the surrounding neighborhood.
“I felt that, as a person of color, I needed to be taking up more space,” Bellorado-Samuels explains. “I was thinking about how I could be a part of existing systems, but also embrace the exasperation of that and create a space that doesn’t already exist.”
Bellorado-Samuels is leveraging her presence across the New York art world and the community of Bed-Stuy (where she has been resident for some 10 years) by bringing work currently on view at the South African pavilion in Venice to her shopfront space. Among the works featured in “Two.” is the South African artist
Mohau Modisakeng
’s highly produced and haunting three-channel video work Passage (2017), about the traumas of the Middle Passage. In the context of the traditionally black neighborhood of Bed-Stuy, the work bridges the gap between the art world elite and the local population. 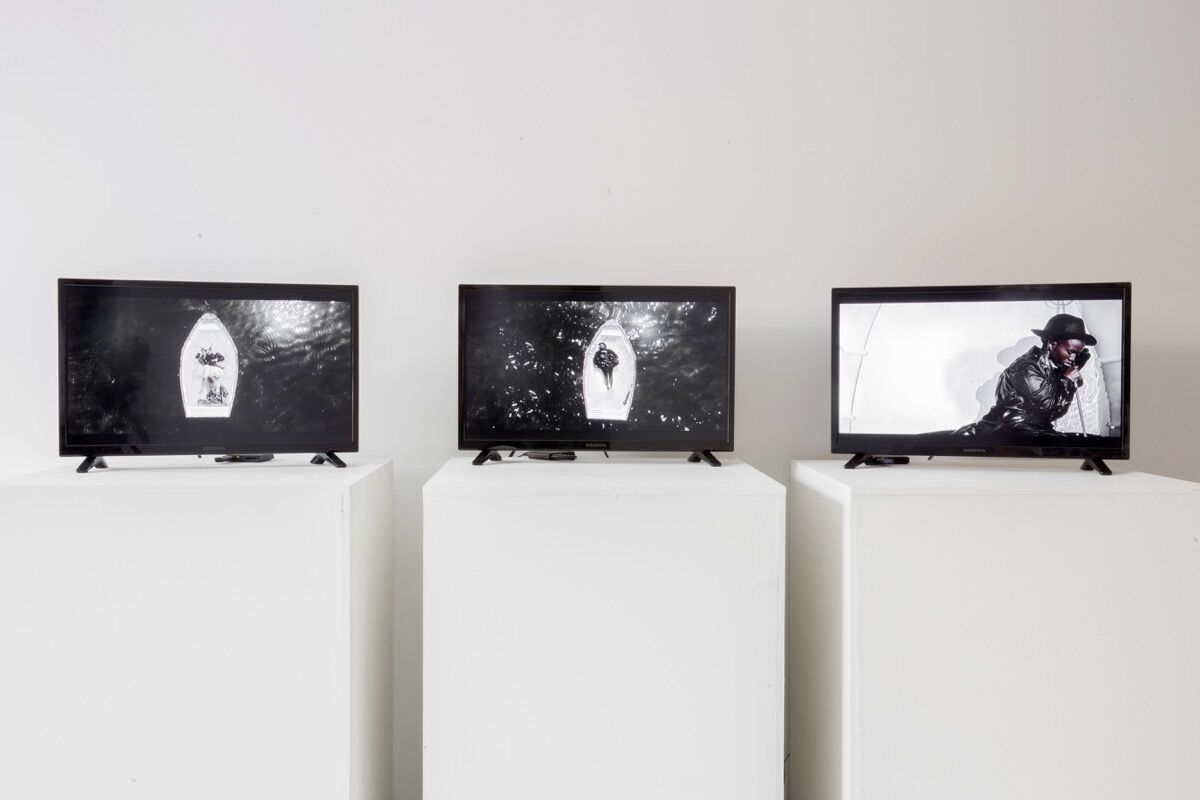 Advertisement
Elsewhere in the exhibition, viewers find a large vintage TV monitor sitting on the ground. Crouch down to get a better look at the screen and you’ll find your own body mimicking the movements of the bodies in Modisakeng’s Ga bose gangwe (2013), in which an endless loop of black bodies pull themselves up only to fall back again, never quite able to stand fully erect.
Deeper in the space,
Dineo Seshee Bopape
’s single-channel video the beautiful ones are not yet born (2007) is shown on two screens, installed side by side. The video is framed tightly around a woman’s arm, which is ornamented by a stack of pearl bracelets. Her hand points and shakes, in a frenzied, rhythmic gesture. On an adjacent wall, Kamal Nassif’s Accountability (2016) is composed of 11 protruding white hands that point sharp gold fingernails out into the space. This ubiquitous gesture holds viewers responsible for the ways in which they may play a role in upholding or challenging prejudices about people of color.
In the backyard, a brick wall is covered with a redacted New York Times article that has been cropping up around Brooklyn for several weeks now, wheat-pasted onto walls and in subway stations. A project by artist Alexandra Bell, the photo of Michael Brown cloaked in an emerald green graduation gown covers the entire page. Above it, the headline reads, “A Teenager with Promise.” This humanizing image of the 18-year-old black boy who was fatally shot by a white police officer in Ferguson replaces the blurred photo of him that was published by the New York Times in a sensationalizing article that described him as “no angel.” 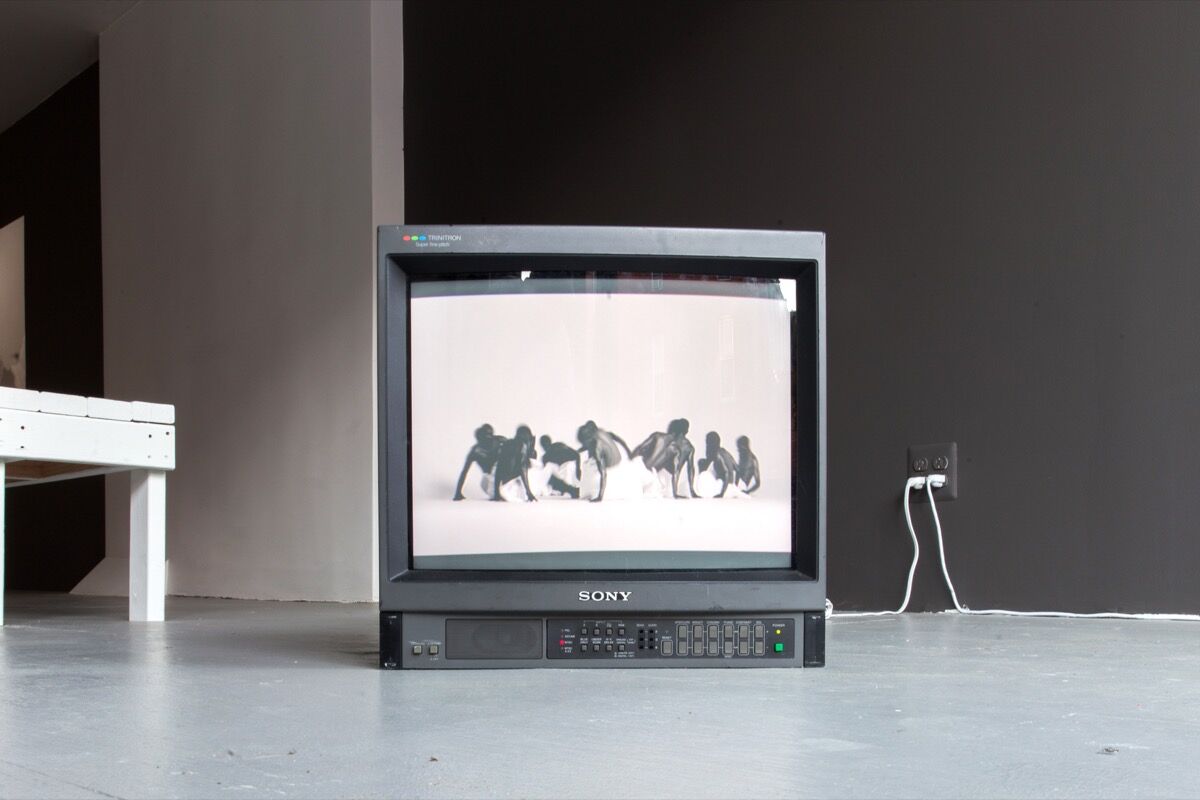 Installation view of Mohau Modisakeng’s Ga base gangwe, 2013. Courtesy of “We Buy Gold.”

The show encapsulates Bellorado-Samuels’s interests in the convergence of art and social justice. In challenging the implicit racial biases demonstrated by the media and presenting a more nuanced depiction of the black body, the show presents a striking and somber meditation on the gestures, both physical and metaphorical, that have formed a language for the oppressed. And she has shown that socially engaged art doesn’t need to stress engagement or accessibility.
“I was a little bit resistant to showing work that I felt would be approachable,” says Bellorado-Samuels, explaining that she hoped to create a space with exhibitions that were on par with the sophisticated shows one might see in Chelsea. She rejects the notion that she would need to make an exhibition accessible to a viewer who’s not accustomed to thinking about or seeing art. Instead, she suggests the possibility of pushing the boundaries of “accessibility” altogether. 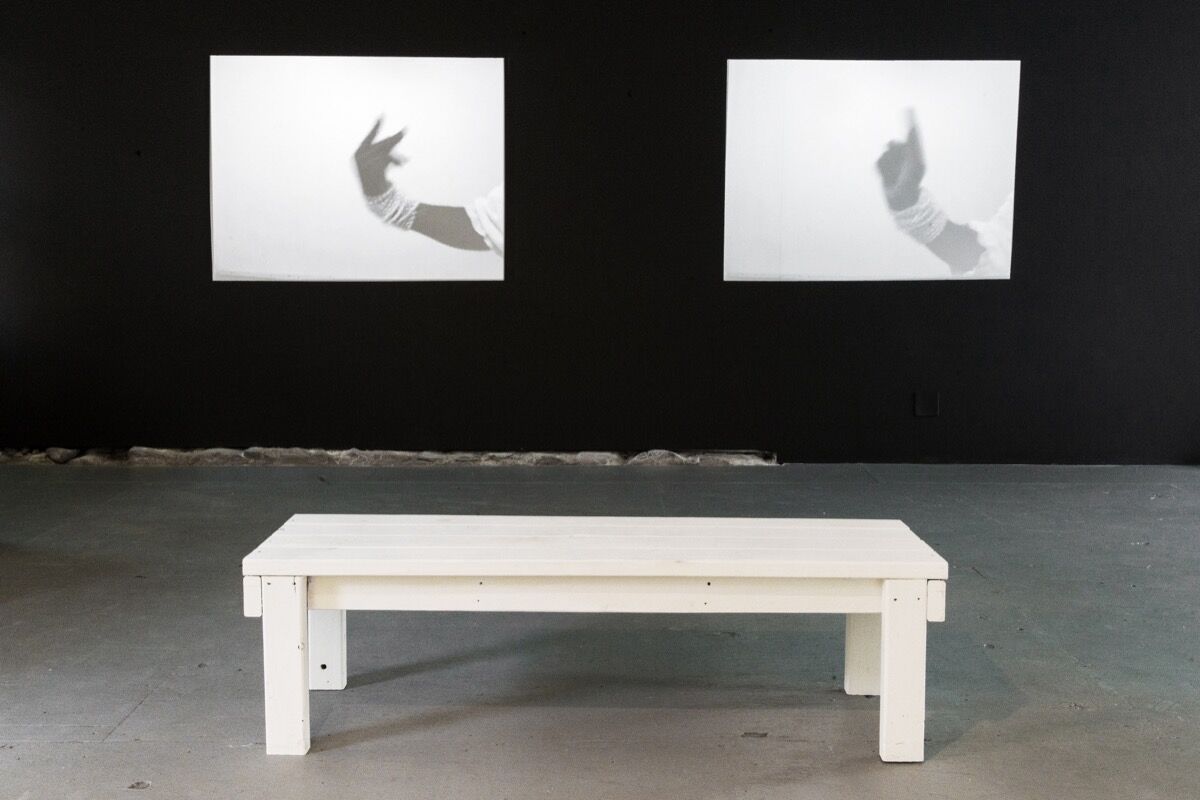 Installation view of Dineo Seshee Bopape’s the beautiful ones are not yet born, 2007. Courtesy of “We Buy Gold.”

And the responses Bellorado-Samuels has received from the community show that her intuition was right. People from the neighborhood who had never entered an art space before have become regulars. What’s more, their disappointment in the space only being a temporary fixture has reminded Bellorado-Samuels of the importance of continuity for communities that have often been neglected.
Originally intended as a five-month-long traveling art space, Bellorado-Samuels is now in conversations about taking the space to L.A. and Johannesburg. As a longstanding resident of Bed-Stuy herself, however, she shares the neighborhood’s desire for “We Buy Gold” to grow more permanent, local roots.
For now, though, Bellorado-Samuels prefers that “We Buy Gold” remain an open-ended project—in keeping with the gallery being not a place for resolutions or answers, but rather a space to generate questions and dialogue.
Yelena Keller
Related Stories