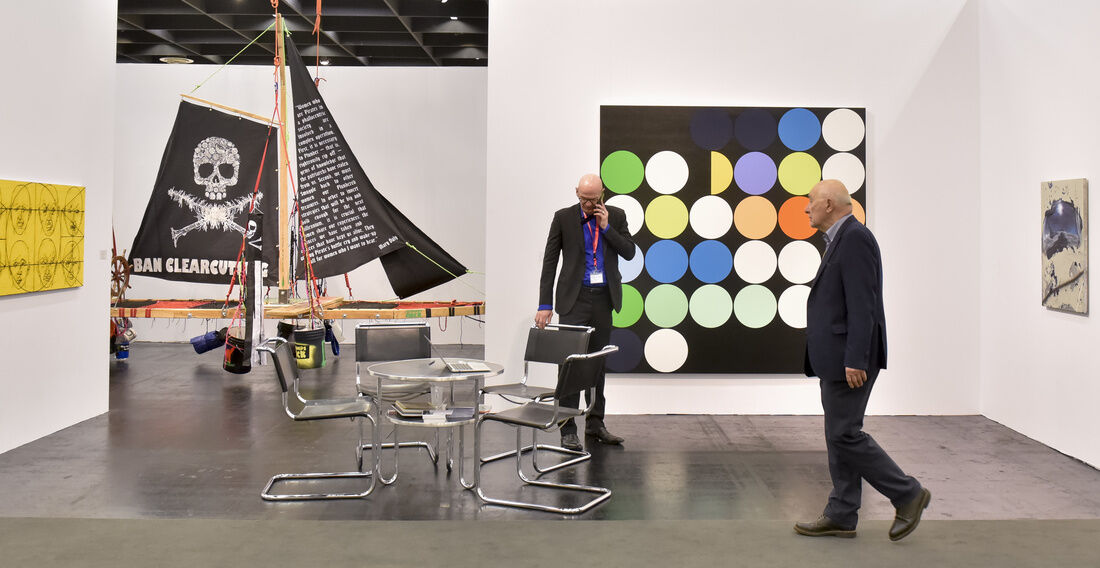 On Friday, the German Bundesrat ratified a new law, implementing unprecedented controls over the country’s art market. The law, championed by culture minister Monika Grütters since she took office in 2013, was passed by the German parliament late last month. It requires government approval for artworks valued at more than €150,000 and more than 50 years of age to be sold outside of the E.U.—where both of the strongest venues for high-value artworks will soon lie. Many of Germany’s wealth of collectors and art market players are up in arms. Here’s what you need to know.

Under the requirements of the new legislation, artworks moved from Germany to other countries within the European Union will require an export license if they are valued above €300,000 and are over 75 years old. The legislation is stricter when it comes to works heading farther afield: Pieces above €150,000 and over 50 years of age will need a license before leaving the EU. New agencies will be set up in Germany’s 16 regions to determine if the works are of national significance. Should that determination be made, the works will be barred from export.
In what is seen as a concession to artists such as
Georg Baselitz
and
Gerhard Richter
, who both threatened to pull their work from German museums in protest when a draft of the bill was announced last year, the final law allows artists to opt out of these export license requirements.
Indeed, the final law is the result of what Grütters called a “sterile and rocky” history. When originally proposed last year, the export requirements were even stricter, with all cultural objects valued above €150,000 to receive an export license before leaving the country, regardless of destination. The revised figures—along with the ability of living artists to opt out—haven’t mollified critique of the law by those in the German art market who see it is as a major barrier to commerce.
“This new law is yet another sign of the problematic direction in which the German art market is headed,” prominent Berlin gallerist Johann König told Artsy on Monday. König suggests the climate in Germany has become out of touch with the realities of those helping to promote culture in the country through their business and the way in which the art market has evolved.
A previous blow was dealt in 2014: “It was already a problem to deal when the VAT was increased from 7% to 19%,” König explained of the measure, which numerous dealers have since cited as having hurt their bottom line and thus diminished the amount which they can invest in helping young artists. “What most people don’t realize is that we already pay a 5.2% tax to Artist Social Security,” said König of the Künstlersozialkasse (KSK), which provides subsidized insurance and other social benefits to artists and other creatives working in the country. While well-intentioned, such a regulation doesn’t jibe with the global art business today, critics say; a German gallery that sells a work by one of their international artists to an international collector still pays into the KSK for that sale.

A Mass Exodus of Artwork

Over 48,000 citizens signed a petition against the bill before it was signed, and 11 former directors of major German museums penned a fiery letter to the Bundesrat arguing that even the specter of the bill had caused collectors and dealers to send their work out of Germany. “The majority have already shipped their most valuable works outside of the country,” said Daniel Hug, the director of Germany’s largest art fair, Art Cologne.
“Artworks now have an expiration date,” added Hug. “This law serves as an added impetus for collectors to sell works once they near the date where export might prove difficult.” He points to Italy, which enacted similar export regulations in 2014. “When artworks get near their 49th year, they go to auction immediately.”
On a global scale, that “expiration date” has boosted the art market; look no further than the steep increase in
Lucio Fontana
’s market and the number of major works that have recently come up for auction in New York and London evening sales. Market players suggest that major German works edging towards 50 or 70 years old will likely now follow suit. And so, the art market as a whole could benefit from Germany’s new legislation.
This massive drain of works from Germany’s major collections may seem curious at first glance. After all, a huge percentage of artworks that pass before the German states’ export committees will be provided with permits. However, it will be up to those individual committees to make their own determinations around which works should not be allowed to leave. And fears around how those committees may vary their interpretations played a significant part in fueling the trucks of artworks bound for Belgium and Luxembourg.
“If you talk to any group of people in the art world, there won’t be a consensus that can determine which works from the last 100 years are important enough to keep and which are not,” said Hug. Add onto that the notable variance among regional traditions of collecting—due to the historical realities of the split between East and West Germany following the Second World War—and the interpretations could range wider still. 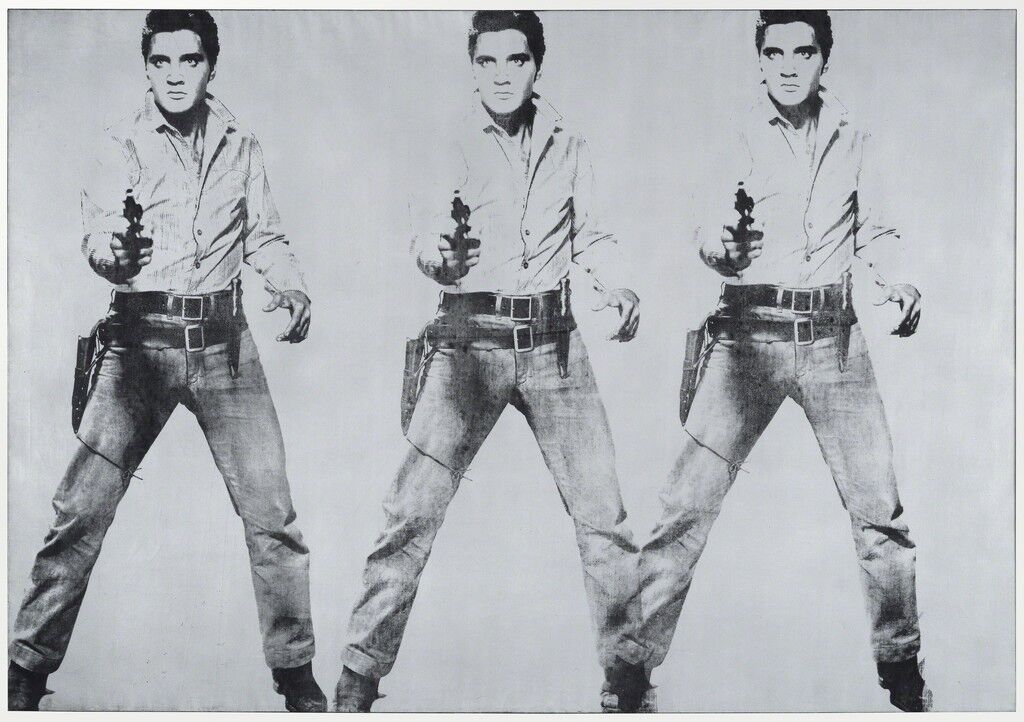 Andy Warhol
Triple Elvis [Ferus type], 1963
San Francisco Museum of Modern Art (SFMOMA)
For other works, the reason for their preemptive export is more cut and dry—if no less detrimental to Germany’s store of art available to someday be donated to its museums. One major impetus behind the new law was the sale of two
Andy Warhol
works—Triple Elvis (1963) and Four Marlons (1966)—by a state-controlled Spielbank casino at Christie’s New York in November 2014. The pair brought in $150 million from a foreign buyer. But Grütters has indicated that she would have denied an export license had the current law been in place at the time.
“It’s a law that was inspired by one or two major pieces leaving, but it sped up the rate at which they’ve left incredibly,” said Kilian Jay von Seldeneck of Lempertz auction house. “And the shame is, it’s unlikely they’ll come back.” Nor will German collectors’ purchases of historical works outside of the country: After two years in Germany, the new regulations would apply to those too.
On all fronts, the biggest loss here is for Germany’s museums. Heirs rarely wish to maintain their parents’ collections today, and so many collectors bequeath their artworks to institutions well in advance of their death. Collectors spooked by the new regulations, some suggest, will now be more likely to look to larger foreign institutions to house their collections rather than repatriating the works and donating them to German museums.

While many private collectors’ most valuable works have already made their way outside the country, whole sectors of the German art market may be next. “A lot of dealers of modern art are planning on leaving Germany or at least setting up shop elsewhere,” said Hug. Others are planning to pivot sales toward more contemporary art, even as the market moves increasingly towards well-established modern and older post-war material.
Lempertz will move some of its
Old Masters
sales and most of its
Asian art
and antiquities sales out of Germany to the auction house it opened in Brussels in 2014, according to von Seldeneck. “It’s politics forcing us out of the country,” he said. The departure of the latter category from Germany hasn’t drawn the same level of media attention that has accompanied the outcries of major German artists and dealers. But it could be among the hardest hit.
The requirements put into the new law regarding the sale of antiquities and ancient cultural heritage were originally meant to hurt ISIS’s profit stream through alleged illegal trade of plundered objects. However, many suggest that the bill could effectively kill the global, not just Middle Eastern, antiquity market in Germany. Under the terms of the law, dealers and auction houses will need to secure an export license from an artifact’s country of origin.
That presents a massive hurdle for those looking to sell works excavated from countries in the Middle East in the midst of violent conflicts, such as Syria. But it’s also difficult due to the simple realities of geopolitics over long periods of history. As von Seldeneck explained: “Say I want to sell an 18th century Buddha, you now need an export license in order to do it. But if it’s from what’s now Tibet, there wasn’t even a country there at the time it was exported to grant one.”
Other portions of the market may be less seriously affected. “In terms of the contemporary art market, it’s going to have little impact,” said Hug of the law. For Art Cologne, according to the director, that means, long-term, more emphasis will have to be placed on that segment of the market. In the modern and post-war portions of the market, Hug suggested that, given time to adjust and get a sense of how regulators are judging works, things will likely even back out.
However, this marks yet another blow to Germany’s art market, which was already weak relative to the size of its economy. And that, market players agree, is a status-quo that fed into these very regulations. “Considering Germany’s economic and cultural power, we are hugely underrepresented when it comes to the art market,” explained von Seldeneck. The country accounted for just 2% of the global art market in 2015, well behind the U.K., which served as the venue for 21% of market activity. In the same year, Germany accounted for approximately 20% of GDP created within the E.U., while the U.K. accounted for only 17%. “There are a couple major galleries, a couple auction houses. But probably 95% of major sales of German art are happening outside the country already and even more will now,” added the auctioneer.
What’s more, said von Seldeneck, “There wasn’t even a need for this. For the last 50 years or so, pieces of national heritage could be put on a list and banned from export.” He’s referring to what’s called the Listenprinzip. It’s not the new law’s preservation of legitimate cultural heritage that hurts the art market, critics lament, it’s the blanket nature of the new regulations, which adds risk and red tape to every potential major sale.
With more favorable tax rates across the rest of the European continent and a post-E.U. Britain likely able to nix artist resale rights, the German art market may well suffer the fate of small and mid-sized galleries—promoting the scrappy and young, while failing to capitalize on the blue chip portion of their artists' careers. The mega-gallery hubs of Zürich, Paris, London, and New York may profit off the new legislation, but Berlin and Cologne will almost undoubtedly suffer.
—Alexander Forbes & Isaac Kaplan
Related Stories

At Art Basel, the Most Relevant Art Today Is from Decades Ago 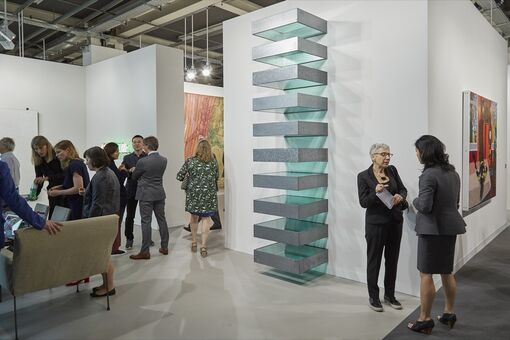