What Happens When You Find a Lost Magritte underneath Another Painting 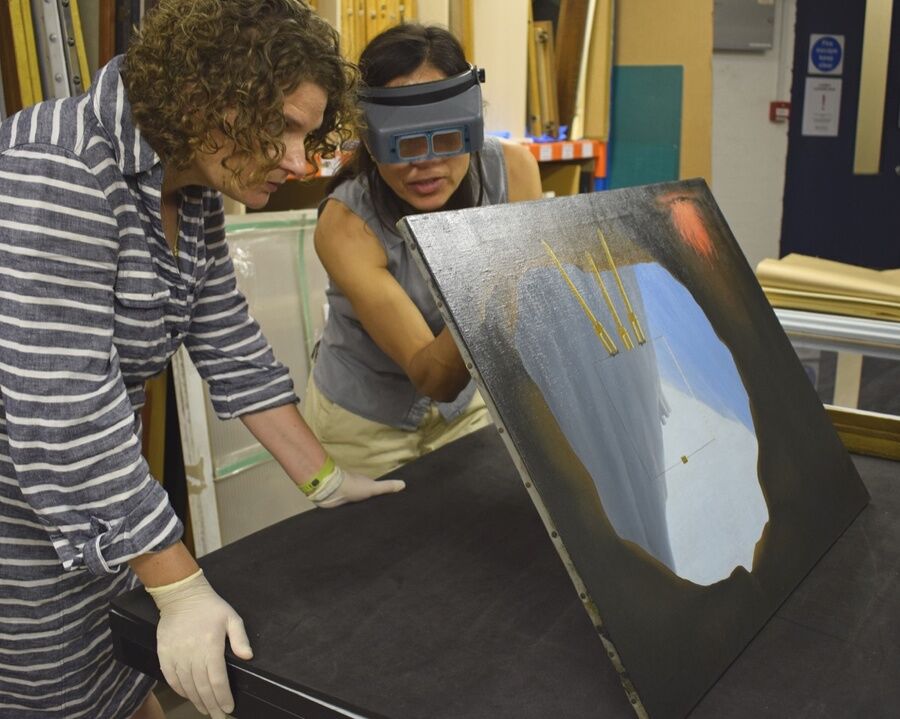 This past February, conservator Alice Tavares da Silva took
René Magritte
’s La Condition humaine (1935) out of its frame for a routine inspection. She expected just that: routine. The painting, in the collection of Britain’s Norfolk Museums Service (NMS), was slated to travel to the Pompidou for a Magritte exhibition opening in September of this year. As a matter of procedure, artworks are regularly examined before such loans—a task that, in this case, fell to da Silva.
After freeing the oil painting from its frame, she noticed the canvas around the stretcher had been painted in colors that didn’t match the overall composition—odd, especially for Magritte. She quickly realized there was something under the surface. A subsequent X-ray revealed that “something” to be a fragment of another painting: La Pose enchantée (1927), which had been missing since 1932. Magritte, it turns out, had cut it up and painted over it.
Originally a large painting of two female nudes, the full La Pose can be seen in a black-and-white photograph illustrating its entry in Magritte’s 1992 catalogue raisonné. “Whereabouts unknown,” the entry says. “Probably destroyed.” 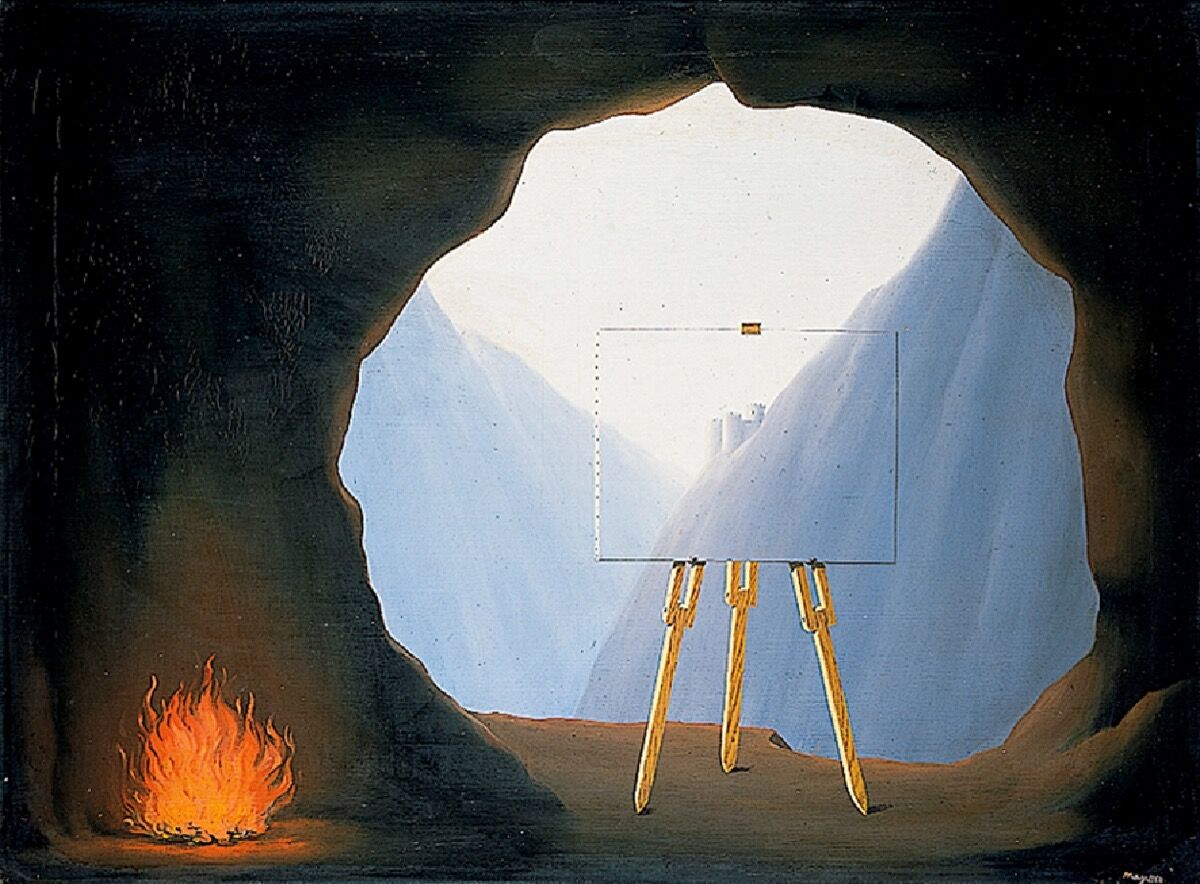 Those words appear next to artworks in the catalogues raisonnés of nearly every major artist. Nevertheless, one can imagine the momentous discoveries of these vanished works in places just outside the traditional art realm: in an attic, at a yard sale, or on the bedroom wall of a close friend of the artist (see, for instance, a recently rediscovered
Frida Kahlo
). But finding a painting underneath another painting—one held in a museum collection no less—is fundamentally different than unearthing a painting in a musty old basement. Aside from the cruel irony that the missing work was so close this whole time, the underpainting can never be separated from what the artist painted over it. “It is absolutely impossible,” da Silva says. “You would end up destroying one or both.”
We can take some satisfaction in knowing that after Magritte cut La Pose into four pieces, he painted an equal number of new works over the fragments. While it’s hard to know why he chose to cannibalize his work—perhaps it’s no coincidence as he was painting prolifically in preparation for a major exhibition in 1936—the salient point is that it was intentional and irrevocable. It was his choice, not something to be reversed for the sake of an additional artwork sale or to add another piece to a museum wall. 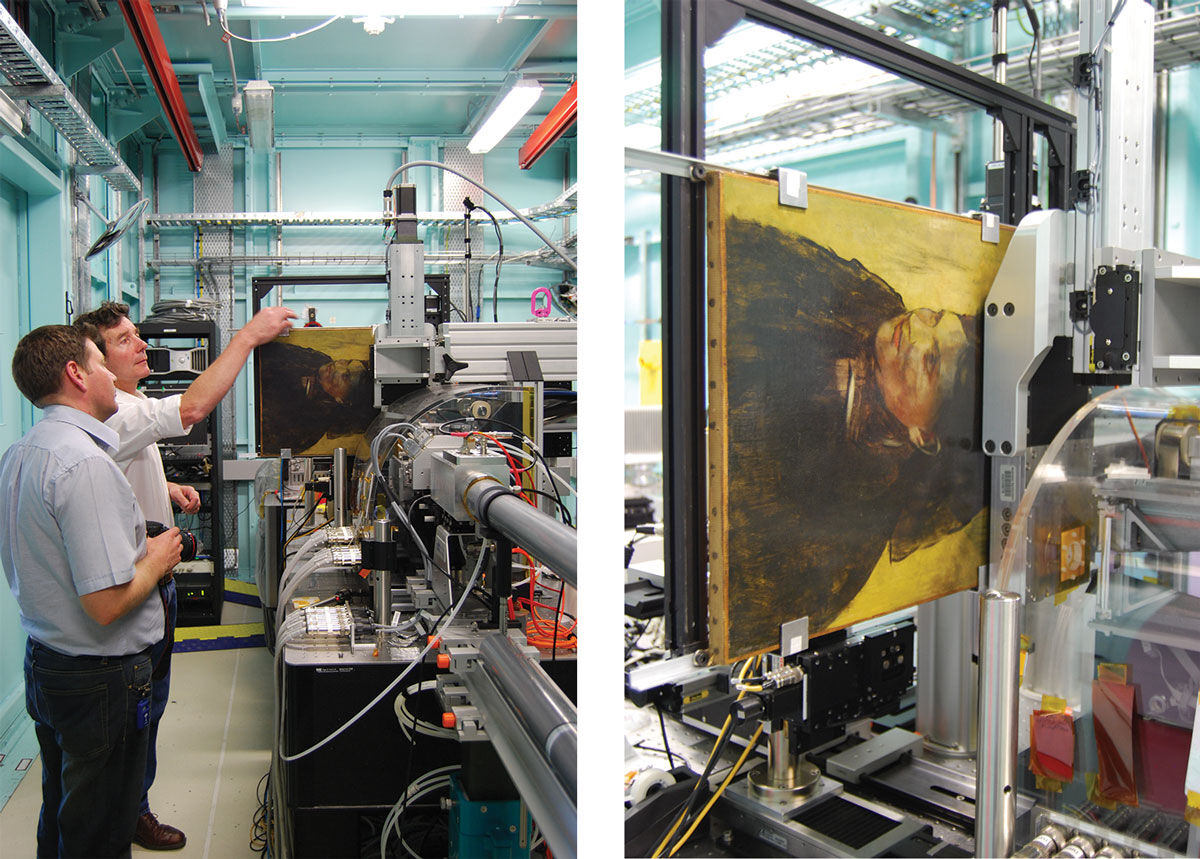 Advertisement
Thankfully, though it may be impossible to separate La Pose from La Condition, modern technology grants us a very good look at the lost painting, without trampling the artist’s wishes. Such technology had already revealed two other pieces of La Pose before da Silva made her discovery. In 2013, while preparing The Portrait (1935), another Magritte painting, for an exhibition, a team of conservators from the Museum of Modern Art noticed its curiously painted edges. Once again, an X-ray showed the half figure of a female nude—the first glimpse of La Pose since it vanished more than 80 years before. Further sleuthing led the team to examine The Red Model (1935), a Magritte painting in the collection of Moderna Museet in Stockholm, which revealed yet another piece of La Pose.
Three years later, after consulting publications related to the MoMA discovery and doing some preliminary analysis of her own, da Silva was confident she’d found the third piece of La Pose. Additional testing confirmed her suspicions, and a technique known as X-ray fluorescence analysis (XRF) revealed the color composition of the hidden painting. Such techniques don’t “see” the color, so to speak, but they allow a strong inference as to what colors were used. The machine sends an X-ray beam through the paint layers, and “each chemical element will have it’s own frequency,” da Silva says, “so we can possibly identify if there’s calcium or iron or lead in a paint layer. Then, using what we know about pigment composition, that informs us of what pigments are likely to be present.” From there, the painting can be digitally reconstructed with its full hues.

Left to right: Edgar Degas, Portrait of a Woman, c. 1876–80; X-radiograph of the painting; False color reconstruction of the painting. Images courtesy of National Gallery of Victoria, Melbourne.

XRF and other technologies also allow for new clarity in previously discovered underpaintings. In August, a team of researchers in Australia used the technology on Edgar Degas’s Portrait of a Woman (1876–80) from the collection of the National Gallery of Victoria. It was known since at least 1922 that something lurked beneath the painting, when a ghostly figure began emerging from its surface. But only this year did researchers armed with X-ray fluorescence go beyond faint outlines to produce a rich, colorful image of the underpainted portrait, suspected to be Emma Dobigny, a favorite model of Degas’s. The team scanned the original canvas over the course of 33 hours, assembling 11 “maps” that captured the locations of various metallic chemicals. Compressing these layers, they inferred pigmentation based on the measured metals, which, combined with what was already known about the composition, resulted in a color reproduction.
Beyond providing a pretty picture, these discoveries add to our understanding of an artist’s oeuvre. Yet we’re still left with other questions: Why did the artist paint over it to begin with? To save money on a new canvas? Because they hated the work? Did they even care? Unless there’s a record, there’s no way to tell. What is certain, however, is that the jigsaw puzzle of La Pose enchantée is tantalizingly close to completion. All that remains is one final fragment, hidden, perhaps, by just thin coat of paint.
Isaac Kaplan is an Associate Editor at Artsy.
Related Stories