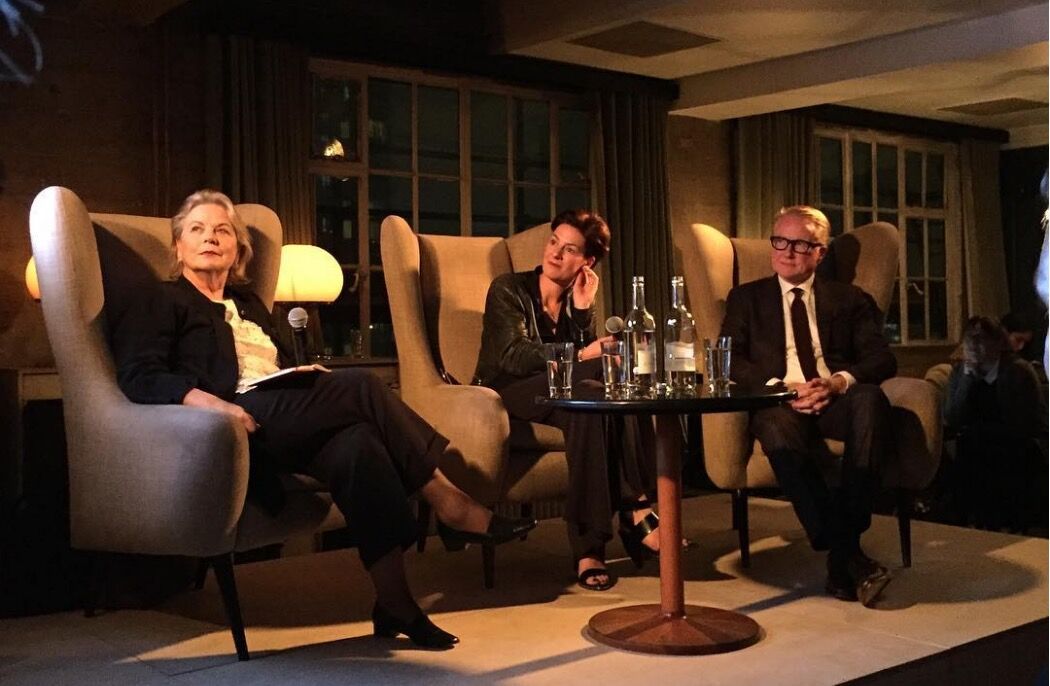 How does one start an art collection? There are few more pertinent questions to ask during Frieze Week, and as attendees discovered yesterday evening at an event hosted at East London’s Shoreditch House, the answer seems to be a mixture of the serendipitous and the sublime. Collecting is a relationship with art discovered through persistence, and a developing love for the work itself.
In fact, rather tastefully, money was barely mentioned at the talk, which saw David Roberts, owner of Camden’s David Roberts Art Foundation, and Beth Greenacre, curator of the David Bowie Collection and co-owner of London’s Rokeby Gallery, discuss how they got started, plan their collections, explore their (or their client’s) interests, and explain their multifarious motivations. Such conversation was timely: The cash-strapped public sector is increasingly reliant on private museums, whose patrons now often open their doors to the public.
The talk also preceded part of Bowie’s collection going under the hammer at Sotheby’s in November across three sales. The auctions place Bowie’s collection under unprecedented scrutiny, and Greenacre was keen to discuss with the evening’s chair, The Art Newspaper’s chief executive Anna Somers Cocks, how the musician built his love of artists
Frank Auerbach
,
Henry Moore
, and
Graham Sutherland
alongside other moonlighting activities as a journalist and publisher.
How did they start out? “I didn’t intend to,” said Roberts, who is the chief executive of property developer Edinburgh House Estates. “I just bought paintings. It became an obsession. I was always interested in art, and wanted things for my home.” It was meeting with artists that pushed his engagement to the next level. “I find it fascinating to go to studios…the vast majority of artists I have met have been very interesting, and the vast majority I have really liked.” He added that starting a collection was a “strange thing to do…it’s much easier now to research than it was 25 years ago.”
Both speakers highlighted distinctive philosophies behind their passions. Roberts focuses on an eclectic collection, with work from the 19th century to the present day; he said he worked hard to cement a relationship with museums, no doubt happy to capitalize upon his strong holdings of 20th-century work, including
Andreas Gursky
,
Martin Creed
, and
Gerhard Richter
. “Most museums are straightforward,” he added. “We are very happy to lend.”
Greenacre, on the other hand, speaks passionately about Bowie’s love for creatives of all stripes. “He famously said he collected ideas,” she said. The musician started collecting seriously in the ’90s, building up what is primarily a collection of modern British sculpture and painting, though with forays into
Surrealism
,
Outsider Art
, and
contemporary African work
. He took a particular interest in artists using a  “new visual language,” such as British painter Harold Gilman, who died in 1919. Such artists, to Bowie, were “under the radar,” but still a source of significant passion. Like Roberts, Bowie liked loaning and rotating his pieces; he was “adamant,” Greenacre said, “he wanted artists to get the exposure they deserved.”
He was also a fan of Italian designer and architect
Ettore Sottsass
, founder of the Memphis Group, which began in Milan in 1981. “He was iconoclastic, he was a true postmodernist,” Greenacre said. “He took from fine art,
Pop
, you can see why David was attracted to it.” The work, which included a record player and wall dividers, as well as the chairs of all of the employees in Bowie’s New York office, would be curated alongside the likes of
Jean-Michel Basquiat
. “You realized it was all about surface.”
Channelling Eli Broad’s assertion that collecting can be a “compulsion and an addiction,” Cocks questioned why, if these collectors loved art so much, they needed to possess it. Roberts said he had principally collected for “pride of ownership” and maintained that artwork was just passing through his possession. For him, buying work was principally about love of it—“If I bought just on an investment basis I would buy very little”—rather than for profit. Though his collection numbers over 2,000 pieces, he says he has only sold 20 to 30 throughout his career, the vast majority at a loss.
“For David [Bowie] it was ownership of ideas,” said Greenacre. “He only ever saw himself as a custodian. It was more of a conceptual ownership, an understanding.” She highlighted his membership of the editorial board of Modern Painters during the 1990s, for whom he interviewed the likes of
Julian Schnabel
and
Damien Hirst
. In 2000 he founded BowieArt.com, partly to showcase his collection. “He was prescient about the power of the internet, and he engaged early,” she said. “I think [Charles] Saatchi had been watching what we’d been up to.” Since Bowie’s death earlier this year, his collection is being split between his estate and various anonymous donations.
Anyone thinking that collecting is beyond them need only heed Roberts’s advice: “Start small,” he concluded. “Buy one or two things and live with them and see if you like them,” he said. “You have to do things gradually. Try if you can to meet the artist.” Unfortunately for Frieze, his preference is to buy at galleries, rather than art fairs, developing relationships with institutions whose artists he likes. Or you can always follow in Bowie’s footsteps. “He always resisted hierarchies,” added Greenacre, highlighting his love of works on paper and ceramics, alongside sculptures hitting the headlines.
—Rob Sharp
Cover image: Mick Rock, Bowie Life on Mars, 1973. Image courtesy of TASCHEN.
Related Stories

You Could Soon Own David Bowie’s Art Collection 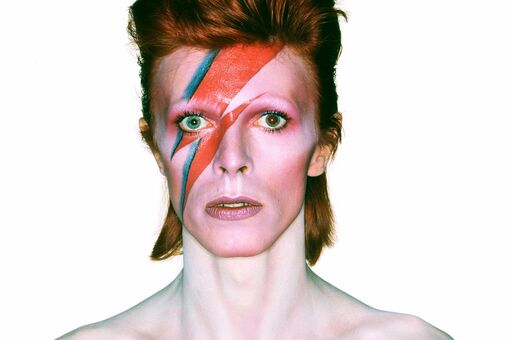 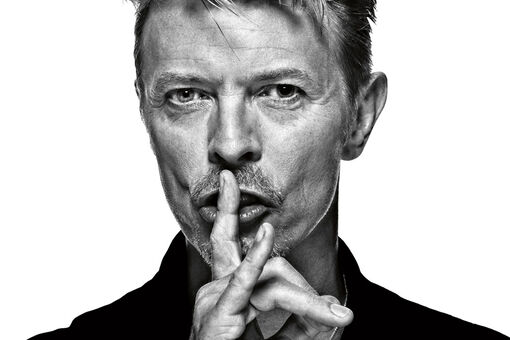