What It Takes to Recover a Stolen Work of Art 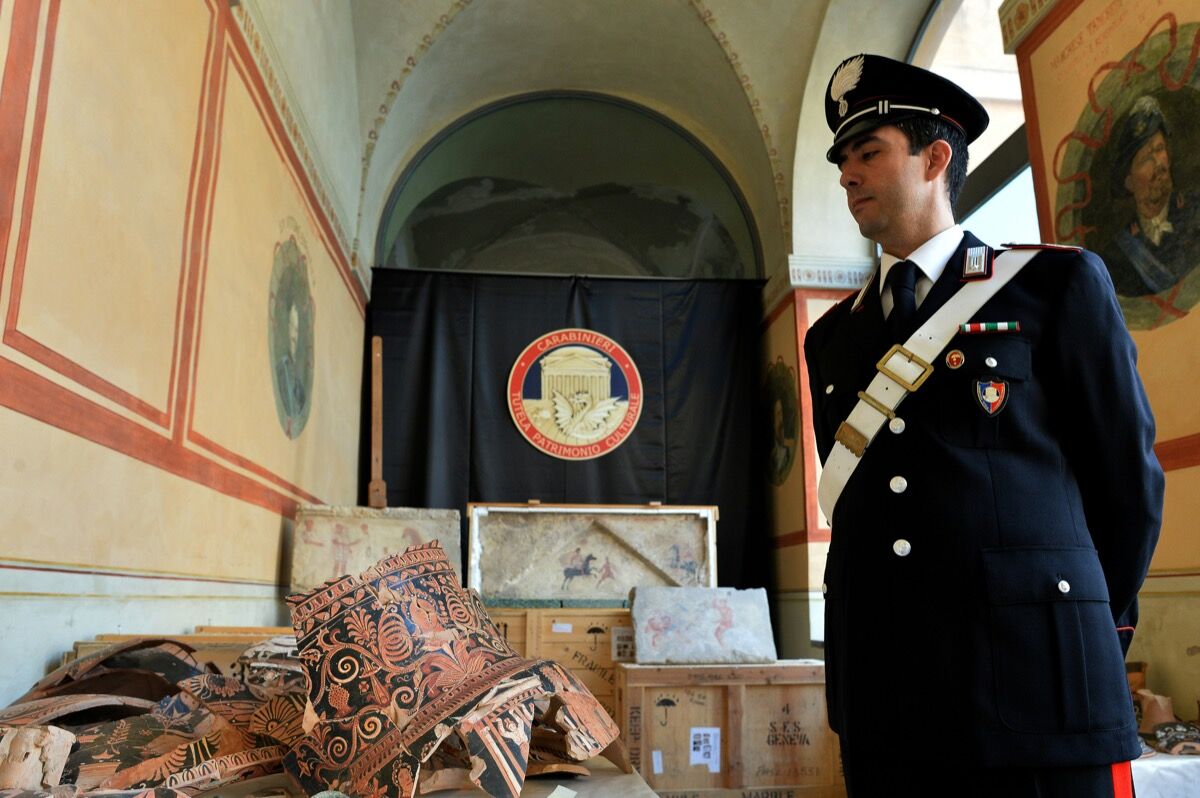 Last week’s highly publicized announcement that two stolen
van Gogh
paintings had been recovered after 14 years was a welcome surprise. Axel Rüger, director of Amsterdam’s Van Gogh Museum, was ebullient in a statement, saying, “The paintings have been found! That I would be able to ever pronounce these words is something I had no longer dared to hope for.” He had reason to be joyous: According to the FBI, fewer than 10% of stolen works are estimated ever make it home safely. And while it may have seemed shocking that the works turned up during an Italian police raid on a Mafia-affiliated safehouse, this link to organized crime actually fits with who it is that steals art. Unlike Hollywood’s dramatic portrayals, art thefts are generally not commissioned by wealthy art patrons with a penchant for the finer things in life. Rather, art is stolen by people already involved in petty criminal enterprises or with organized syndicates such as the Mafia.
So how do thieves make off with a painting? And what should a victim do after realizing they’ve been robbed? Why are only a tiny percentage of works recovered?

At its origins, art theft is primarily a crime of opportunity and simple burglary. To steal the two van Gogh paintings, a pair of thieves used a ladder to climb up to the roof of the Van Gogh Museum and broke into the building. The 1911 theft that rocketed the Mona Lisa (1503–19) to international fame involved a Louvre employee hiding in a closet overnight, then taking the painting off the wall when no one was around and walking out of the museum. In 1994, two thieves broke into the National Gallery in Oslo, nabbing Munch’s Scream (two different versions of which have been stolen.) An alarm that went off was ignored by a guard, and the grateful criminals left a note stating, “Thanks for the poor security.”
After a theft, artworks typically enter the black market. But criminals looking to cash in will likely experience some difficulty. Generally under U.S. law, neither the thieves nor anyone they subsequently sell the work to can acquire good title. This means illicit owners can admire the piece in private, but they cannot truly own the work in the eyes of the law or sell it again in a legitimate marketplace since it remains perpetually vulnerable to seizure. In fact, even if the buyer of a stolen painting is acting in good faith, believing their transaction totally above board, authorities may seize ill-gotten property from thieves and unsuspecting purchasers.
The challenges associated with selling looted art can diminish the work’s value, to the point it drops so low that thieves abandon the piece. In some cases, the works are so famous that they become entirely impossible to sell at full value or on the open market. But this doesn’t prevent art from acting as a kind of currency within organized gangs. Indeed, one expert noted that the two recovered van Gogh paintings “were most likely used in what we call ‘art-napping’ — the Mafia often steals work of art and uses them as a kind of payment within their own families.” And despite publicity, a stolen work can find an unscrupulous or unknowing buyer.

What To Do after a Theft

When art is stolen, victims should first report the theft to law enforcement authorities, including local police and the FBI (if you’re American) which has an art crime team. By reporting the theft, international law enforcement agencies like Interpol can work to recover the object no matter where in the world the thief tries to sell it. Second, victims should report thefts to a stolen art database, such as Art Recovery Group’s database, Art Claim. Reputable private buyers, museums, and auction houses search stolen art databases when completing their due diligence before purchasing a work of art. If a piece appears on a registry such as Art Claim during this process, then the buyers are notified that it is stolen or has a disputed title. Buyers may refrain from purchasing the art, or in some cases, government authorities may be able to seize the property and return it to the rightful owner.
This happened in a recent case, in which I represented the rightful owners of a stolen 13th-century Italian painting by a follower of
Duccio
(although some believe it was by the master himself). The Madonna and Child was stolen in 1986 and went missing for over two and a half decades. Then, in early 2014, it appeared at Sotheby’s. The sale of the work was halted by the auction house after the Art Recovery Group matched the painting to an item on its database. The work was then pulled from the auction catalog, and federal authorities seized the panel and initiated a legal proceeding for its return. I represented the owners, filing an ownership claim such that my clients eventually succeeded in regaining their property. Reporting thefts and diligently seeking restitution often allows victims to more easily claim title to property in a lawsuit.
As is typical in stolen property matters, looted items sometimes disappear as time passes. The trail goes cold as thieves and black market buyers lay low, hoping that the crime is simply forgotten and that they might resell the work once that happens. And indeed, it can be more difficult to prosecute art thefts as the years tick on, as witnesses may pass away and evidence of the crime is lost. This is why reporting a theft is so important: It prevents works from ever being sold on the legitimate market (such as at a major auction house or gallery) by creating a record of the theft that follows the art.

The Risks and Rewards of Going Public

Hard work and perseverance are often required for the lengthy hunt that can follow a theft. A well-known restitution case involved 6th-century Cypriot mosaics. The rightful owners were the Autocephalous Greek-Orthodox Church of Cyprus and the Republic of Cyprus. The nation was able to recover the looted mosaics from an American dealer, Peg Goldberg, in 1990 because it contacted numerous international cultural heritage organizations and informed museums, auction houses, universities, and research institutions about the missing pieces. Well-known Cypriot antiquities experts also disseminated information about the mosaics to their colleagues and scholars throughout the world. In addition, the Embassy of Cyprus in Washington, D.C., distributed press releases and information to journalists, Members of Congress, legislative assistants, and heritage professionals. As a result, the Republic of Cyprus located the mosaics when Goldberg tried to sell the works to some of the same people who knew they were missing. After a legal process, they were eventually returned.
Sadly, the number of successful restitutions is low because there are many challenges facing rightful owners—some even created by the very attempts to recover the work. Some victims broadcast the theft more publicly, hoping that a subsequent owner may return the stolen goods. But publicizing a theft can cause the value of stolen works to plummet to zero or cause a sale to carry too many risks. In such instances where profit is impossible, the thieves and their associates may choose to dispose of the evidence by destroying the works (though that is a rare occurrence). In the case of prolific art thief Stéphane Breitwieser, his mother destroyed paintings by old masters including
Lucas Cranach the Elder
,
Pieter Brueghel the Younger
and other artists by cutting them up and forcing them down a garbage disposal. She threw other art objects into a river. The mother of one of the gang members involved in the Kunsthal Rotterdam theft of 2012  also destroyed evidence—she incinerated the stolen paintings from the museum. This didn’t prevent some of the criminals involved with the thefts from being caught, however.
Facing all these challenges, recovering a work can sometimes be a badge of honor. The publicity surrounding international restitution cases can even cause the piece in question to rise in notability and potentially even in price. The Mona Lisa, although valuable before the theft, became the most famous painting in the world only after it was snatched. But when a work is stolen from a museum, it is the public who benefits from a recovery. After criminal proceedings end, the recovered van Gogh paintings will go back on view (hopefully with a little better security) for all to see and enjoy.
Leila Amineddoleh
Related Stories 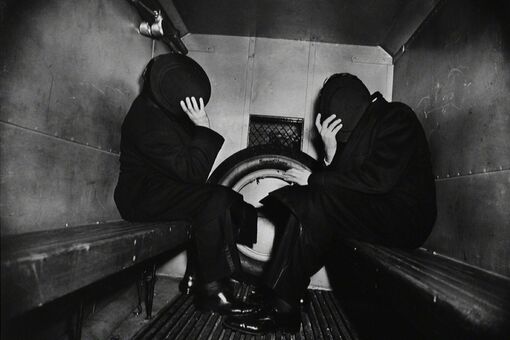