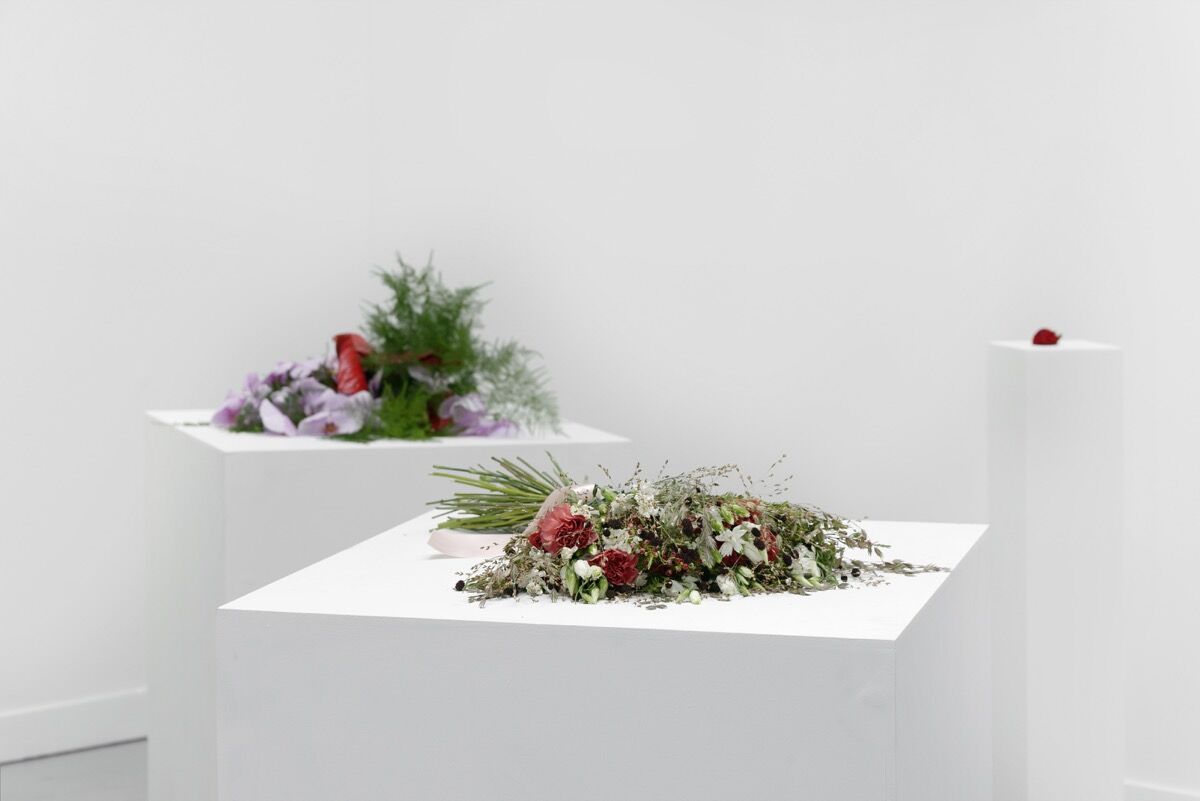 The history of plant taxonomy is surprisingly contentious. The naming of plants is inextricably tied to colonization, xenophobia, and—with Latin as the botanist’s lingua franca—a certain intellectual elitism. (Plants’ newly designated categories have often been illegible to the very same cultures that cultivated them.) Studies of flora and the natural world have helped to create borders and establish relationships of power, even as nature itself often defies human control and redefines borders.
These strange politics of the land inspired Clelia Coussonnet’s exhibition, “Botany Under Influence,” on view at New York’s apexart this September and October. Featuring the work of
Alberto Baraya
, Joscelyn Gardner,
Kapwani Kiwanga
, and
Beatriz Santiago Muñoz
, among others, the show examines how “the exportation and importation of plants has shaped the world, societies, exchanges,” as Coussonnet told me. “Plants have agency,” she says, “both as actors and as witnesses of events.”
Baraya’s work Herbarium of Artificial Plants, launched in 2001, traces the physical footsteps of 17th- to 19th-century colonizers by mocking the taxonomies they imposed on specimens. “I think Latin taxonomies were another way of asserting imperial authority,” says Coussonnet. “This eventually led to the classification of people, to racial classification, under the guise of scientific research.” One might consider Carl Linnaeus, credited as “the father of modern taxonomy,” who in the 10th edition of his work Systema Naturae (1735) labeled four variations of human species, describing their physical and mental characteristics (only the white “europaeus” were “inventive” and “gentle;” the black “afer” were “crafty, sly, careless”). 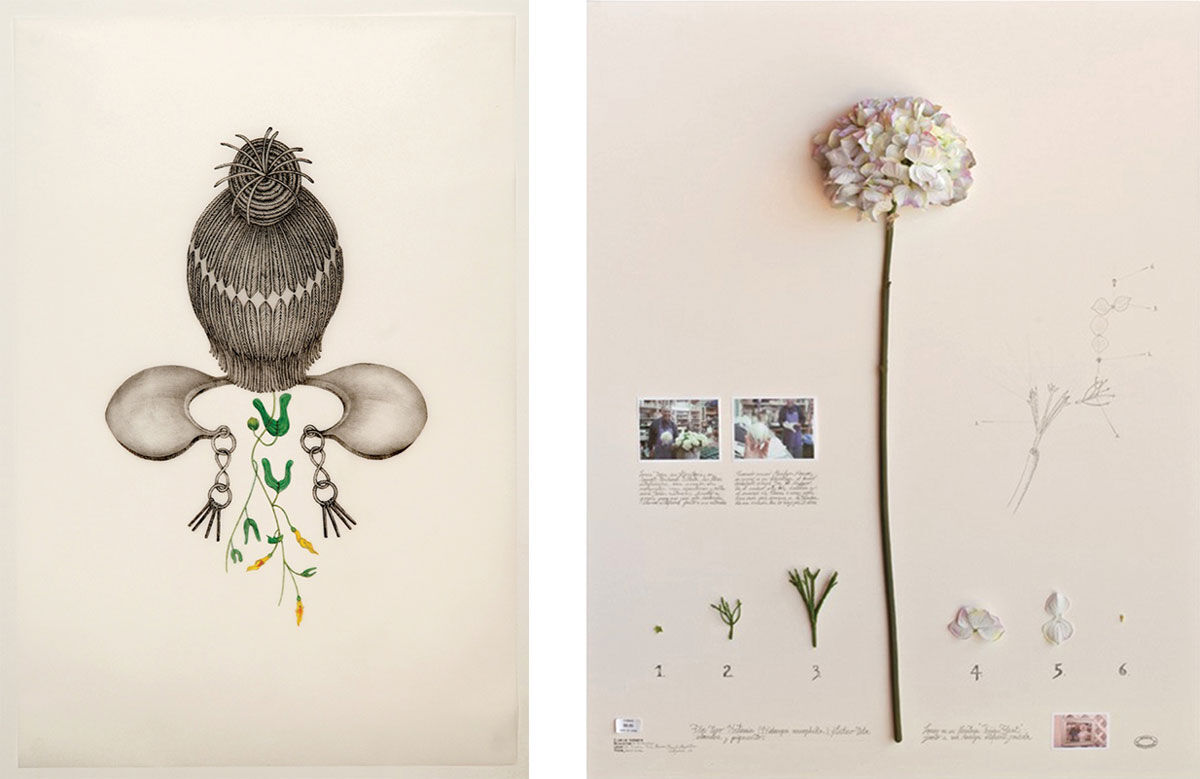 Coussonnet seeks not only to dismantle these narratives, but also to remind viewers that the labeled, whether plants or human bodies, remain powerful free agents. Gardner, prior to creating Creole Portraits III (2009–2011)—a set of illustrations portraying iron slave collars, intricately braided hair, and colorful plants as scientific specimens—researched diaries and archives from 18th- and early 19th-century colonial expeditions. She discovered that Caribbean slave women who were abused by their masters had secretly carried out abortions using herbs, ultimately reclaiming their bodies.
“If we think of this fear of the unknown that these larger empires unconsciously had,” says Coussonnet, “they might have wanted to control people’s minds and bodies, but the knowledge of plants was still strong. You cannot simply erase people’s identities and deny them their traditional systems of meanings.” In Kiwanga’s Flowers for Africa (2011–present), in which she collaborates with florists to recreate the bouquets on display during African nations’ ceremonies of independence, the flowers themselves are autonomous witnesses. “They revive the testimonies that they bore during these ceremonies, and then they wither, engaging our memory of historical events,” Coussonnet says. 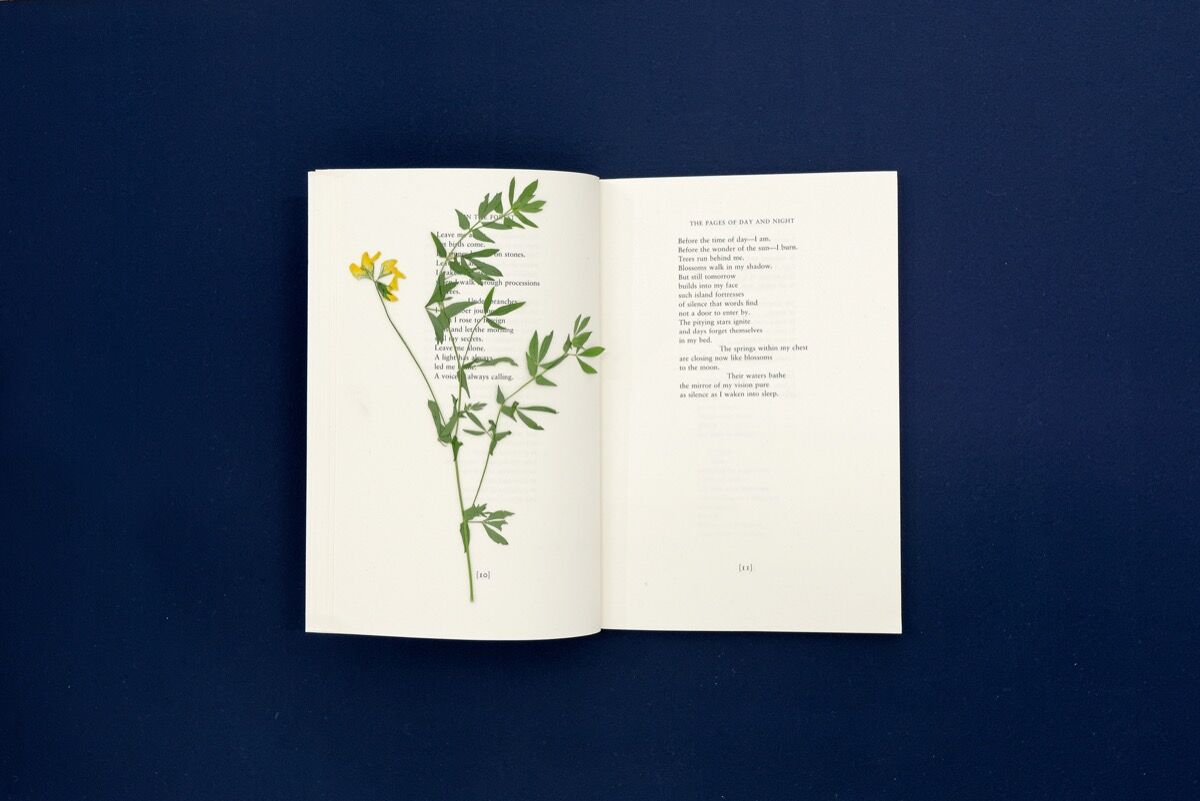 Pia Rönicke, The Pages of Day and Night, 2015. Image courtesy of the artist and gb agency, Paris.

Advertisement
Plants continue to underline and subvert relations of power today. “The exploitation of natural resources that classification enabled in the 16th and 17th centuries,” says Coussonnet, “is similar to the current exploitation of natural resources as commodities.” Still, even at their most vulnerable, “plants never really had borders,” she says. “New species are always discovered; plants cross borders all the time.” Pia Rönicke’s The Pages of Day and Night (2015) is inspired by the transfer of 135,000 species of food crops from Aleppo, Syria, to the Svalbard Global Seed Vault in Norway in 2012—a response to Syria’s potential climatic catastrophe and the impending civil war, two phenomena that are arguably linked.
Our relationship to plants is a deeply personal one. Coussonnet believes that nature is a link to our humanity. “I think we often forget about our own responsibilities toward it,” she says. “It bears signs of how we build societies because it is maybe the most primary connection we have with life, bringing us back to an essential thing—the cycles of birth and destruction.” Labeling plants never stripped them of their power, she adds. “On the contrary, they became custodians of magic, of this traditional knowledge. They held that secret. They still do today.”
Monica Uszerowicz
Related Stories