What’s Missing in the Debate about Axing Art History in U.K. Schools 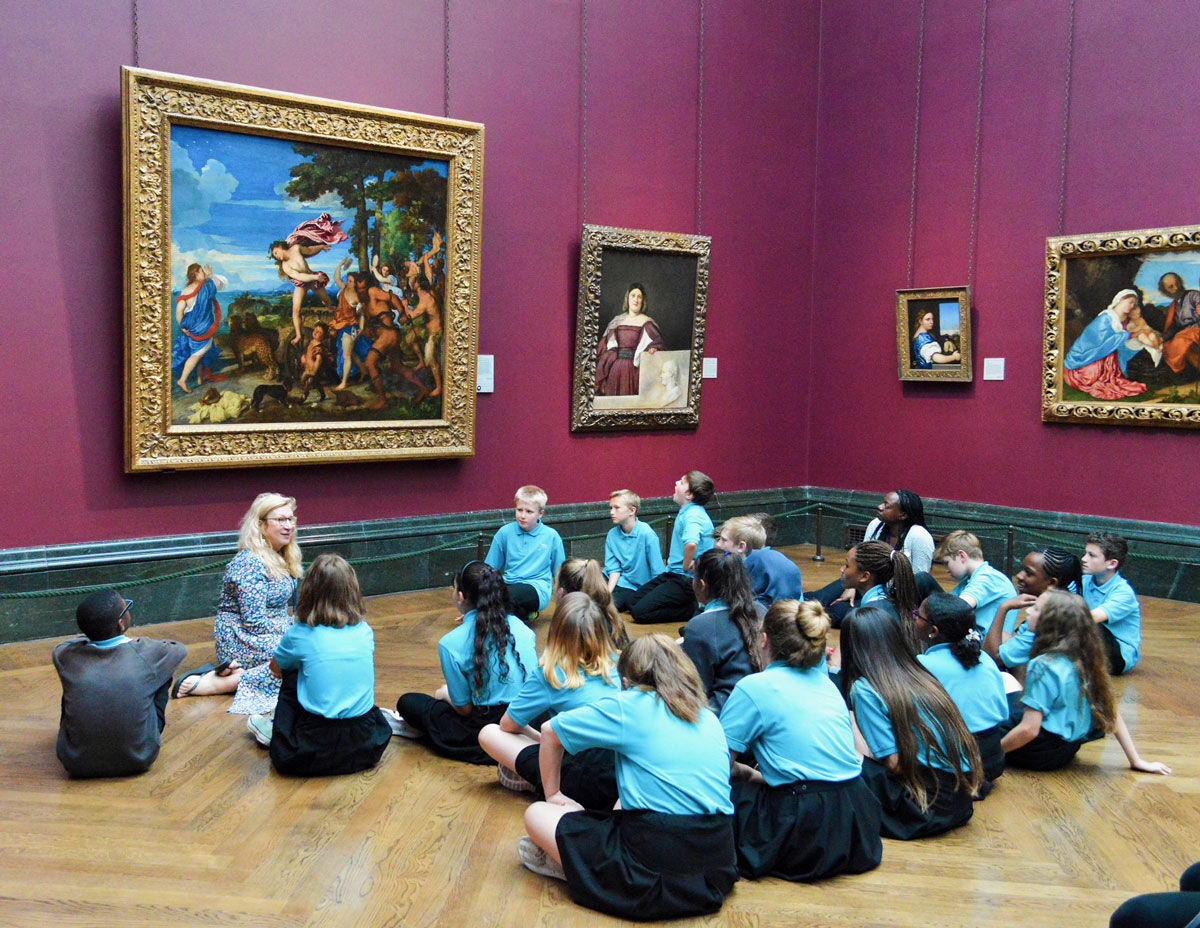 You’ve probably heard by now: Art history will no longer be offered as an A-level for high school students in the U.K. beginning in 2018. The decision to cease the course (the A-level is is roughly similar to an American AP class) has been linked to Michael Gove, the former education secretary who targeted so-called “soft” subjects during his tenure. AQA, the last exam board to offer art history, announced the end of the A-level in a letter to teachers on Wednesday, citing staffing concerns, grading complexity, and a lack in demand. Though the decision came more or less out of the blue, the arts community responded swiftly. Their reaction has been equal parts passionate and predictable, lucid and lacking. So what’s been missing from the debate?

This Is an Old Argument

After the announcement, a schism quickly arose between those who said that art history catered to the rich, and those who said that ending the exam prevented it from being taught across the class divide. In one corner, writer Jonathan Jones doused his keyboard in kerosene, producing a scalding hot take in The Guardian that argued art history is an “obscurantist, elitist” subject taken up primarily by the very posh. It no longer speaks to the people, he opined, primarily because there are no great communicators. From the other corner, professor Griselda Pollock of the University of Leeds shot back, writing that “the killing off of art history at A-level is a blow against democratisation.” Far from a “soft” subject, she says, art history provides vital critical and historical skills that should be for everyone, not just the upper echelons.
A variant of this argument surfaces repeatedly whenever the cultural sector’s relevance is visibly challenged (see: President Obama joking that you can’t have a good career with an art history degree). But the dialogue never addresses the underlying issues making art history a subject primed to be treated as a privilege—the fact that it is primarily taken by the rich. Critiques of any pro-art history arguments that point out the inequities rife in the subject are often attacked as challenges to the importance and value of art history.
But we can simultaneously prove that the art history A-level was overwhelmingly taken by the elite and argue that its loss is a detriment. In fact, acknowledging this duality is the way to ensure that the fight to bring back art history is also a fight to remedy the underlying inequities present in the distribution of the subject. As much as we like to trumpet the singular importance of art history, its demise is coming at the hands of a conservative U.K. government that—through funding cuts and a push to privatize—is undermining state education and creative thought across the U.K.

The A-Level Is Taken Primarily by Private Schoolers

Most arguments assessing who takes the A-level are couched not in data but in a general feeling, an “I knew people who studied art history; they were rich” type argument. Jones partakes in this, while gesturing to the fact the art history was offered in only a few state schools (public school, in American parlance) or sixth form colleges (state schools that only teach students aged 16 to 19 on track towards higher qualifications like A-level exams). Pollock’s rejoinder to charges of elitism is that “this is not something unique to art history students,” so it can’t be used against art history “any more than other arts subjects.”
In contrast, as the work of Dr. Mark Taylor, a Lecturer in Quantitative Research Methods at the University of Sheffield, exemplifies, concrete data paints a very different picture. Using publicly available data, Taylor looked at the students who study A-level art history and the schools they attended. While the number fluctuates, for the academic year ending in July 2015, he found that 76% of students studying for the art history A-level did so at a private school.
Is art history more “posh,” or rather, studied by the upper class more than other humanities and arts subjects? By percentage, yes. In fact, according to Taylor’s research, the A-Level in art history is the one of the most exclusive courses in all of England, studied overwhelmingly by the elite. As mentioned, roughly 76% of students studying art history attended private school. Compare that to students studying for an A-level in fine art, of which 17% attended private school. For music, the figure is 23%; for drama, 14%. These are all above average, Taylor noted, but art history stands alone, surpassed only by classical Greek and tied with Chinese. Pointing this out isn’t slander against art history. Rather, it is making visible something the field must grapple with, adding extra importance to the initiatives that do exist at U.K. organizations, like the Association of Art Historians, which recently launched a program to partner with schools, institutions, and universities to broaden access.
Looking at the data on a more granular level, the number of students in England who took the exam is also very low: just 740 students. (For context, roughly 55,000 students took history A-levels, 85,000 took English, and 12,000 took drama). Of the 740 students who took art history, 562 went to private school. To assess how many low-income students are offered the subject, Taylor combined the schools’ data with data on free school meals. The result isn’t a complete picture (there is a lack of free school meal data for sixth form colleges) but it helps to sharpen the lens of the discussion. Only 10 state schools, excluding sixth form, offered art history. Across the U.K. the average percentage of students on free school meals is 16%. Of the 10 state schools offering art history, three had an above-average number of students on free school meals. Within these three schools, a total of just 15 students took the art history A-level.
One claim that often arises during these discussions is that, where it is offered, art history is oversubscribed. This may be true in some places or at the AS level (just the first year of the A-level course), but Taylor’s research indicates that in non-sixth form state schools the largest number of students taking art history in any one place was 13. In sixth form, only two classes went above 20. These numbers indicate that while art history may be oversubscribed in some places, that is unlikely to broadly be the case.

The Most Disadvantaged Have the Most to Lose

This data does not mean that more disadvantaged students won’t be impacted by the move to end the art history A-level. Those whose career choices will be the least affected are wealthier students, who still have the opportunities to study the discipline at university and later in life. “It’s not as if until now art history has been this beautiful egalitarian utopia where the people that were able to get jobs in galleries and then get curatorial jobs are from this diverse set of backgrounds,” said Taylor. “Kids that do art history at the degree level are generally really posh.”
For those without such privileges, the loss of the A-level means the loss of the chance to even the playing field, however slightly. Even though those at state schools taking the exam were a relative few, they will be affected the most by its disappearance. “It will have a high impact on a very small number of people,” said James Doeser an independent culture researcher. Additionally, the loss of the exam is a roadblock to those looking to expand the subject’s reach. Its demise obviously makes it impossible remedy inequity in its distribution (some have floated rolling art history into other arts subjects offered at every school across the U.K.).

The end of art history A-level exams has been linked to former conservative education secretary Michael Gove, who in 2014 announced his intention to make “soft” subjects more difficult. Gove has broadly rejected his role in the whole art history affair, tweeting, “Who on earth thinks it’s ‘soft’ - not me.” Gove left the post of education minister in 2014. He probably genuinely does like art history. But Gove wanted to give schools more autonomy even as he meddled in their curricula, demanding, for example, that more British material be taught in English literature courses. As Gove and conservative successors have championed major spending reductions, they have also conceptually altered education in the U.K., creating a model where there is a right answer and a wrong answer. Like numerous other subjects, art history, relatively interpretive and free-thinking, is naturally is at odds with this mindset. AQA even cited “the complex and specialist nature of the exams” as a reason for ending them.
Numerous artists, professors, and writers have publicly recounted how art history A-levels made an impact on their lives. But what isn’t mentioned enough in these discussions is how much pressure funding cuts by conservative governments are putting on state schools across the U.K. “There are very major problems with how education in the U.K. is working at the moment,” Taylor said, pointing to massive funding issues and high teacher workloads. “It’s a serious problem, but it’s not limited to arts teachers.”
Art history tells us about the past and those who lived in it. It tells us about their lives and their views, and lets us mobilize that knowledge to think critically about the present. It provides visual analytical skills applicable to any range of careers. The subject’s value isn’t tied to a pretty picture, it is linked to a historical knowledge and critical analysis. The ease with which proponents (correctly) link the material studied in art history classes to the broader society that produced it reveals the flaws in the current debate, which itself needs to be broadened. As Taylor puts it: “If you’re worried about kids in state schools not doing art history, give state schools more money.”
Art history isn’t this all-important subject, singled out for destruction by a philistine right wing (AQA also announced the death of archaeology A-levels on Wednesday, to much less outrage in The Guardian.) Rather, art history got caught up in a broader ideological pivot by the U.K. rightwards. The move comes only months after Brexit, a referendum result which for many signaled a cultural retreat by an increasingly insular nation. So yes, preventing the end of the art history A-level would be an achievement. But that needs to happen while reckoning with the realities of who is privileged enough to be offered the test and also challenging the political ideology that allows for such broad inequity in education. Otherwise, saving art history alone can’t be considered a victory.
Isaac Kaplan is an Associate Editor at Artsy.
Related Stories 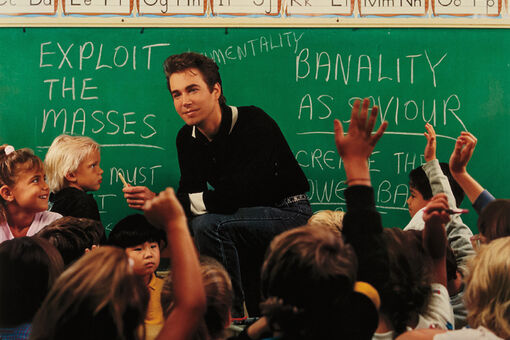