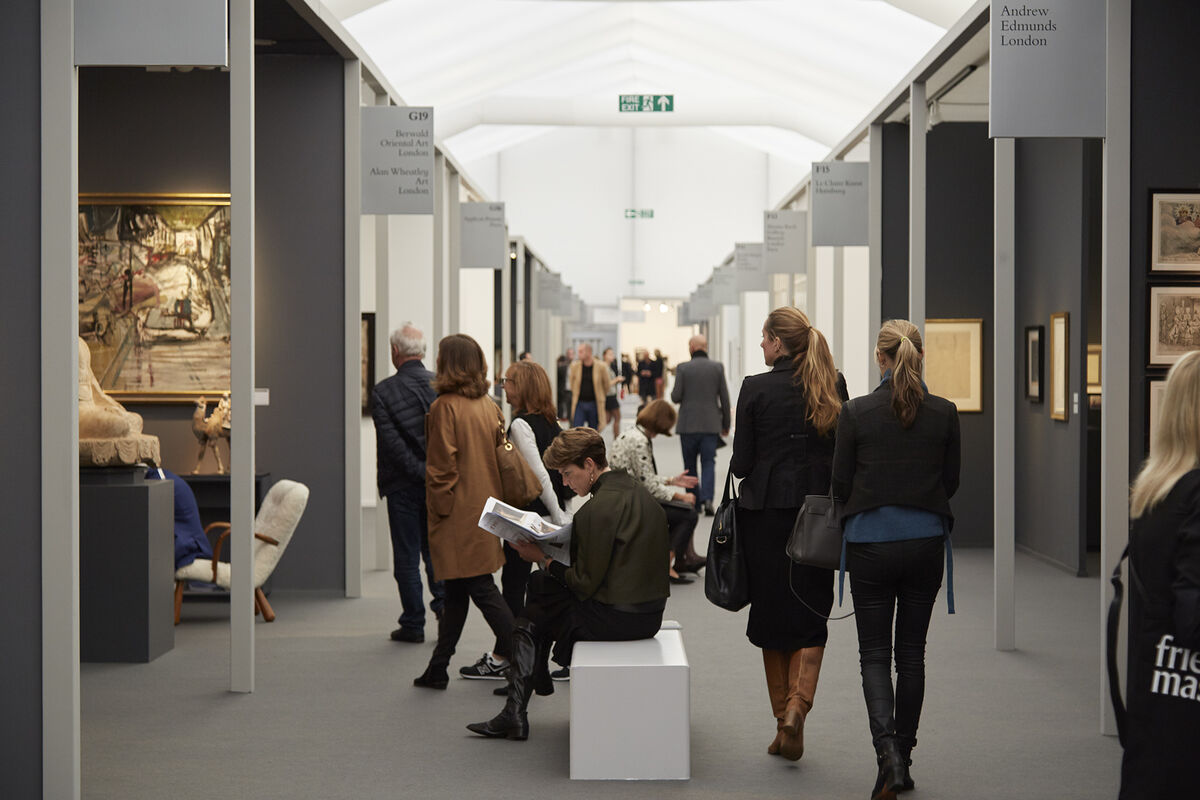 If Frieze London trades in furious hype and dense crowds, then Frieze Masters thrives in relative quietude. By close of play Thursday, a steady stream of sales had trickled through, making the fair both a potentially lucrative and more civilized alternative to its contemporary cousin, and to the European Art Fair TEFAF in Maastricht, one of its closest competitors.
Gallerists praised the relatively short duration of Frieze Masters—it is five days long, as opposed to TEFAF’s 10—and the fact that it is fairly contained, with around 130 exhibitors compared to Maastricht’s 274. Add a thriving events program, a tent setting replete with natural light, and its central location, and it’s no wonder so many galleries have raised their game, from the eccentric set design of Helly Nahmad to the cubist cornucopia at Dickinson. 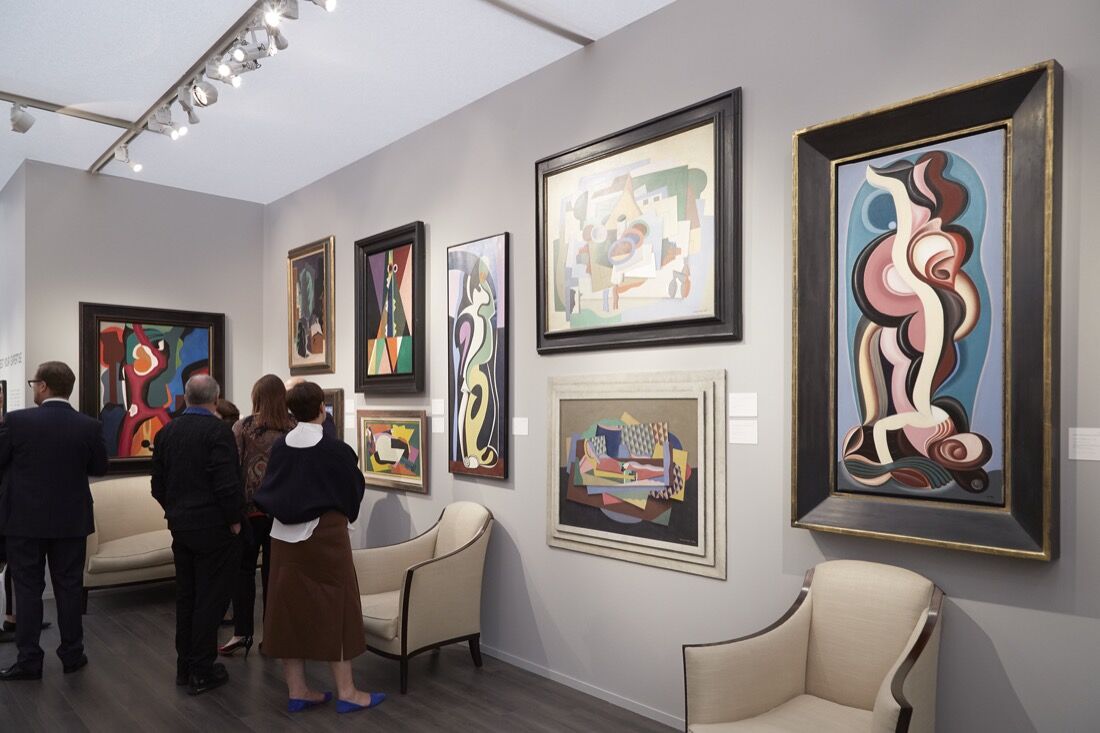 “We got off to a good start,” said Sperone Westwater cofounder Angela Westwater, who sold a $300,000 Joseph Kosuth at the fair’s preview on Tuesday, followed by a 1993 Richard Long work for $40,000. The stand has proved popular among institutions, with visitors including Tate director Nicholas Serota, National Portrait Gallery director Nicholas Cullinan, and Hervé Chandes, director of Fondation Cartier pour l’art contemporain. “The audience here is growing, there’s an increasing number of collectors,” explained Westwater. “To begin with, people didn’t quite understand whether the fair was about Old Masters, or something else. But it’s high-quality vintage works.” She also praised this year’s move to hold the previews of both Frieze London and Frieze Masters at the same time, rather than stagger them. “It’s made a big difference,” she said.
Paula Cooper’s director Steven Henry echoed the sentiment. “It’s been more active than last year—more traffic, more Americans,” he said. “The collectors have been very responsive. The openings no longer being one after the other means that people frustrated by the crowds at the bigger fair could come here.” 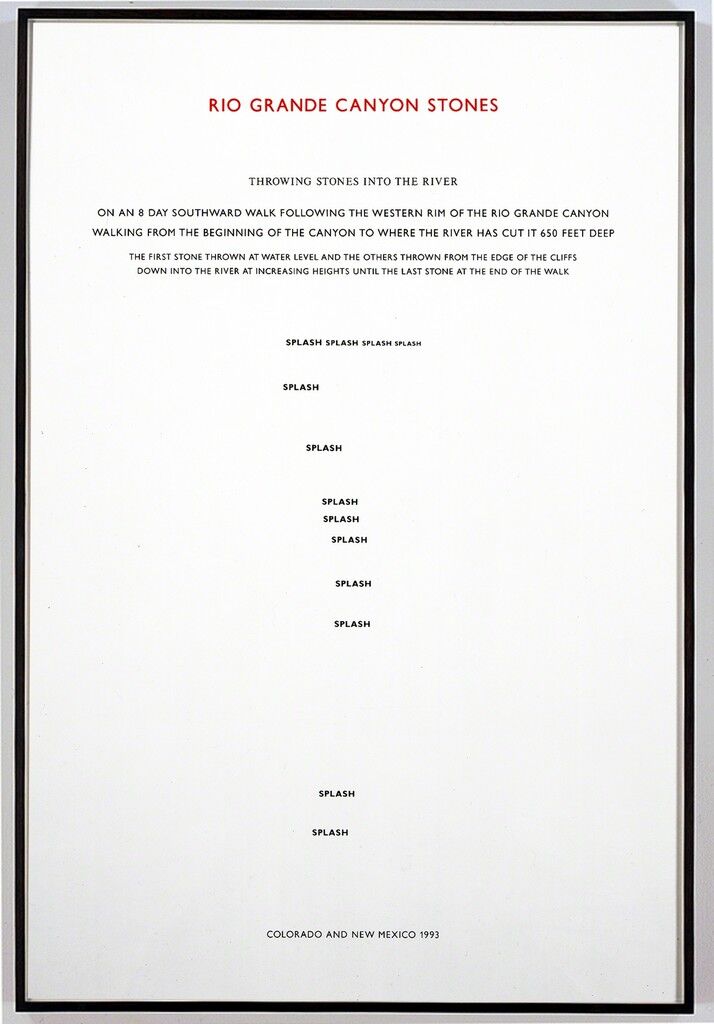 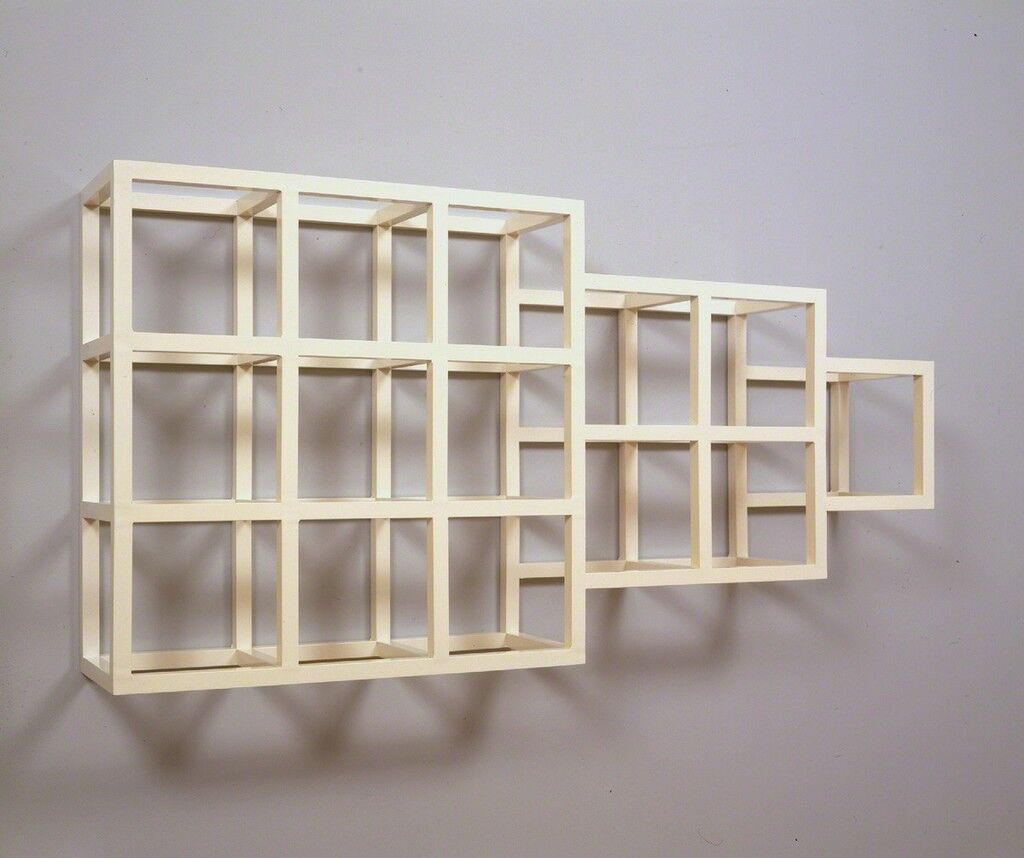 Sol LeWitt
WALL PIECE NO.4, 1979
Barbara Mathes Gallery
Advertisement
He said that aside from Chinese-Indonesian entrepreneur Budi Tek, Asian buyers had been less prominent, but still confirmed several transactions: a $700,000 bipartite steel sculpture Sioux (1968) by abstract expressionist Mark Di Suvero; Jackie Winsor’s Small Double Circle (1969) for $250,000; a number of Sol LeWitt circle and grid pieces for up to $130,000; and an untitled 1977 work by sculptor
Joel Shapiro
for $125,000. Purchasers were undisclosed, although the Winsor will ultimately be gifted to a museum. 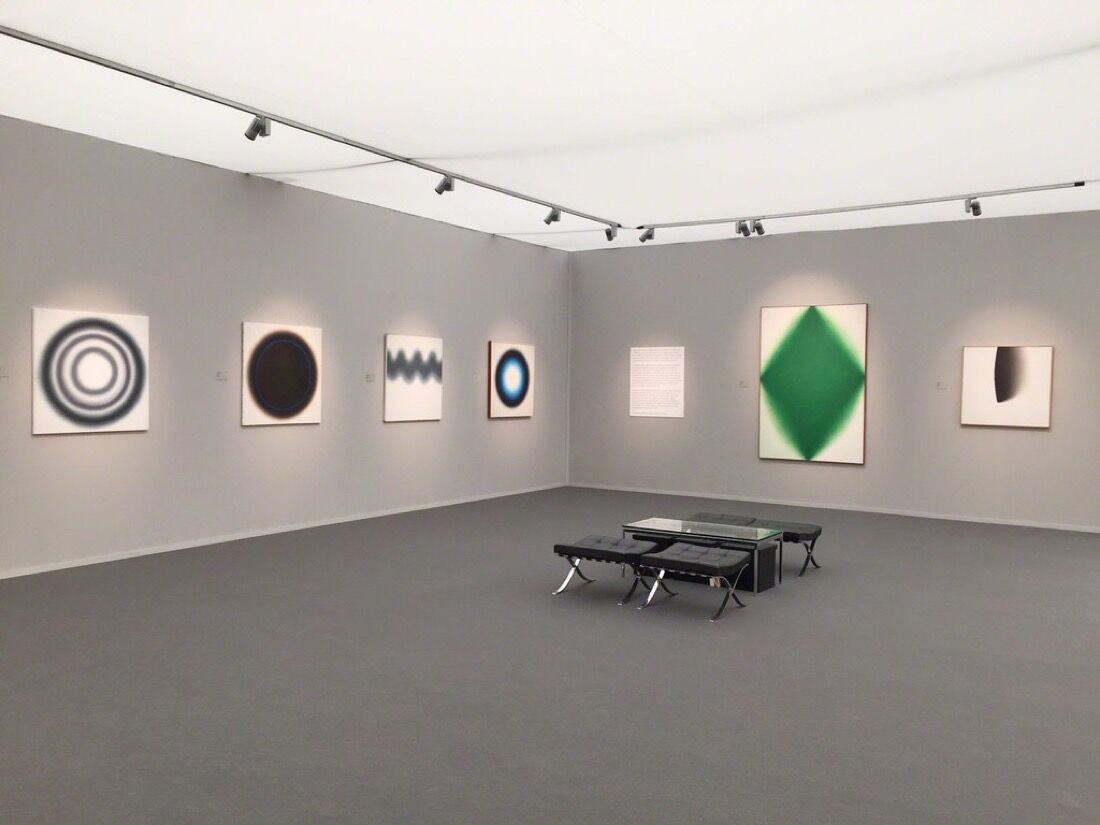 Mayor Gallery sold four out of the six pieces by Polish artist Wojciech Fangor on display in its minimalist booth for up to $300,000 each. The largest was the 1961 oil-on-canvas Green Rhomb, which shows a diamond with hazy edges that bleed into a white ground. “It’s a great debut for us,” said gallery manager Christine Hourdé. 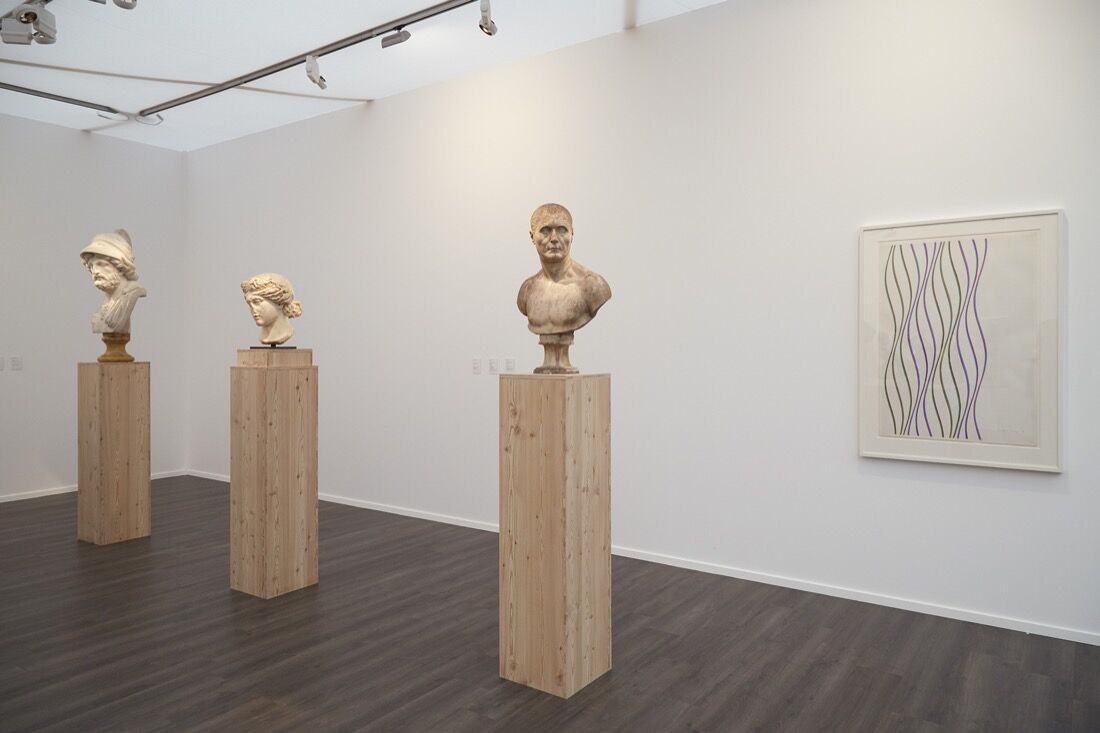 Older work also performed well. Tomasso Brothers, who had a joint stand with Karsten Schubert, sold a white marble head of Dionysius at the preview for around $775,000. Tom Rowland, Karsten Schubert’s director, praised the benefits of moving up in scale and his stand’s increased prominence each year. An overnight report in the New York Times suggested he had also done brisk business—selling seven of his 1968 to 1972 Bridget Riley gouaches for between $124,000 and $186,000.
Dickinson reported having sold six works by Thursday evening. The dealer declined to specify which, but red dots decorated labels beside Henri Hayden’s oil piece, Nature morte à la bouteille de bass et à l’as de trèfle (1919); the same artist’s $132,000 painting, Vue d’un Village (1921); and a $15,500 wooden Liberian mask. 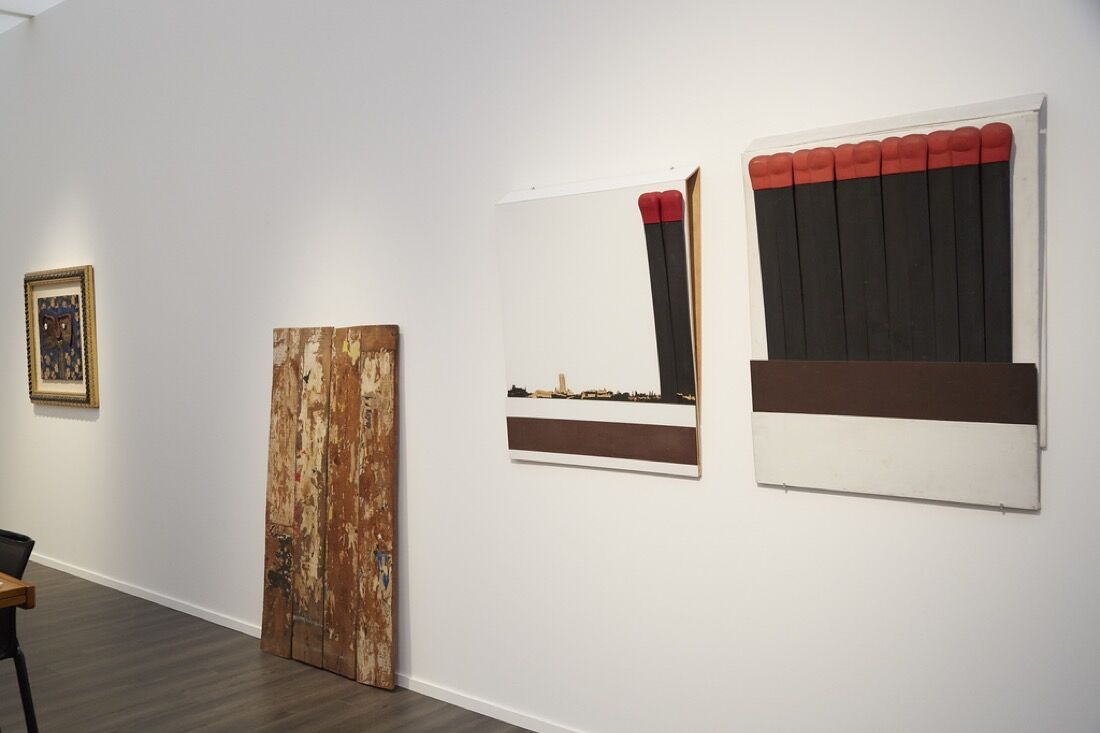 Other galleries that enjoyed a delayed surge in activity included Luxembourg & Dayan, which moved two of its Raymond Hains matchbook pieces for $80,000 and $90,000, and London’s Almine Rech, which found a buyer for a $400,000 piece by U.S. minimalist sculptor DeWain Valentine, Circle Blue (1972). CARDI GALLERY also enjoyed a strong showing, shifting work at the preview by German sculptor Günther Uecker and Italian painter Enrico Castellani for $2.3 million and $684,000 respectively. 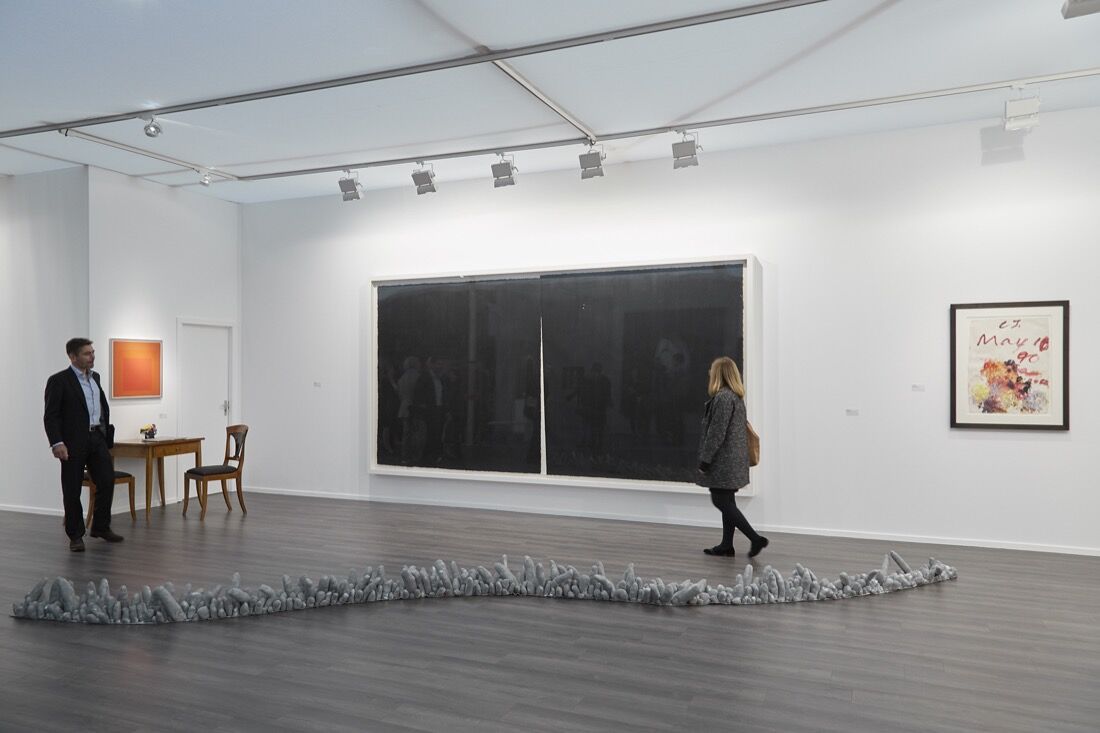 Indeed, the fair seemed to be performing quite consistently throughout the week—despite it being a more sedentary affair than the elbow-jogging scrum across the park, and some early anxieties about thrift. New York’s Anthony Meier Fine Arts transacted on a significant Richard Serra canvas at the preview, as well as pieces by Sigmar Polke and an
Agnes Martin
drawing. (A six-figure
Yayoi Kusama
work from the Donald Judd Estate remained unsold at the time of writing.) 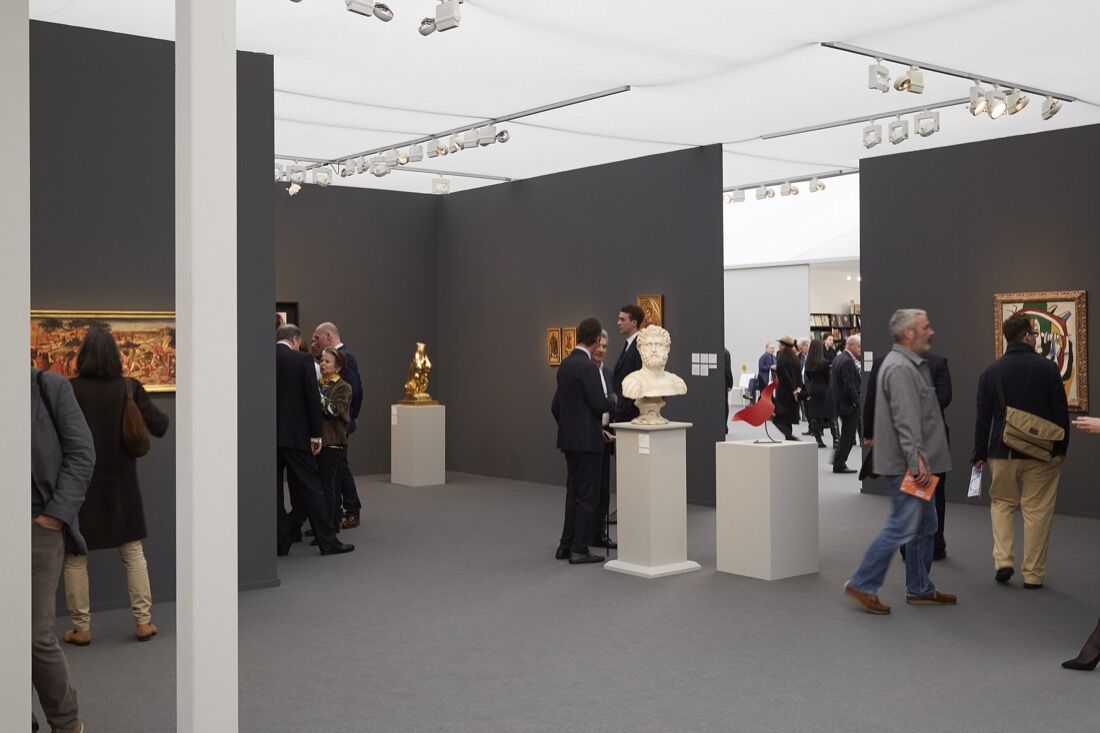