What Sold at ARCOmadrid

Rob Sharp
Feb 27, 2016 4:12pm
Clouds of fiscal insecurity have gathered over Europe in recent weeks: the British pound diving in value, fears of a global recession, and the auction market’s correction. And given the much-publicized financial ills of the Spanish state—facing off against the chagrin of its Latin American cousins—one would be forgiven for not springing with glee into ARCOmadrid 2016. 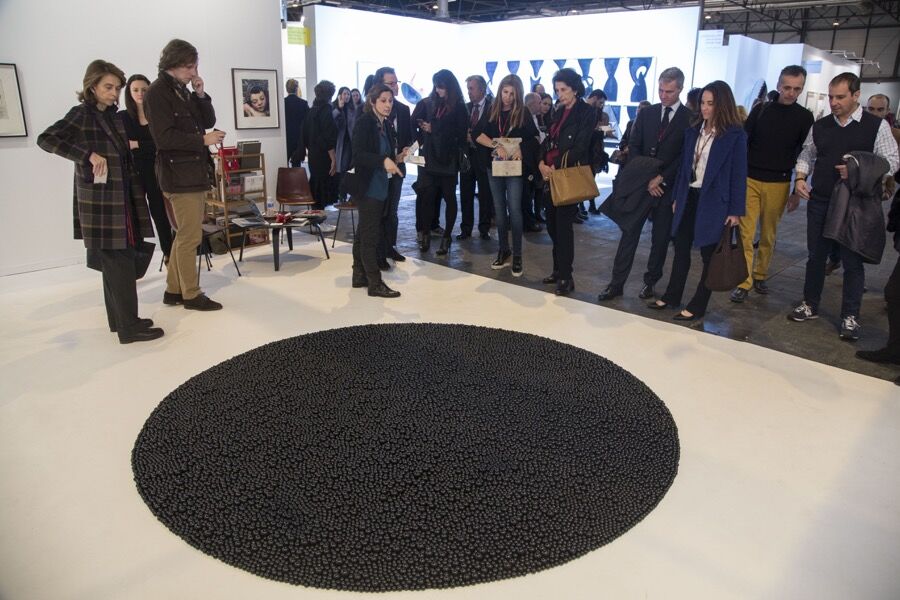 But European galleries from beyond Spain’s borders defied market jitters at the Feria de Madrid this year, closing a medley of valuable deals in the fair’s opening days. The program was buoyed by curated booths honoring the fair’s 35th anniversary and the excitement of Thursday’s visit by Spain’s King and Queen, the latter exhibiting unexpected fervor for
Cory Arcangel
(whose bargain bucket of DVDs, 2016’s Dump Bin, was blessed by royal hands). Midrange sales dominated, favoring works on paper and those by fledgling artists. The foreign contingent among the 221 galleries here apparently wound up with the choicest offers. 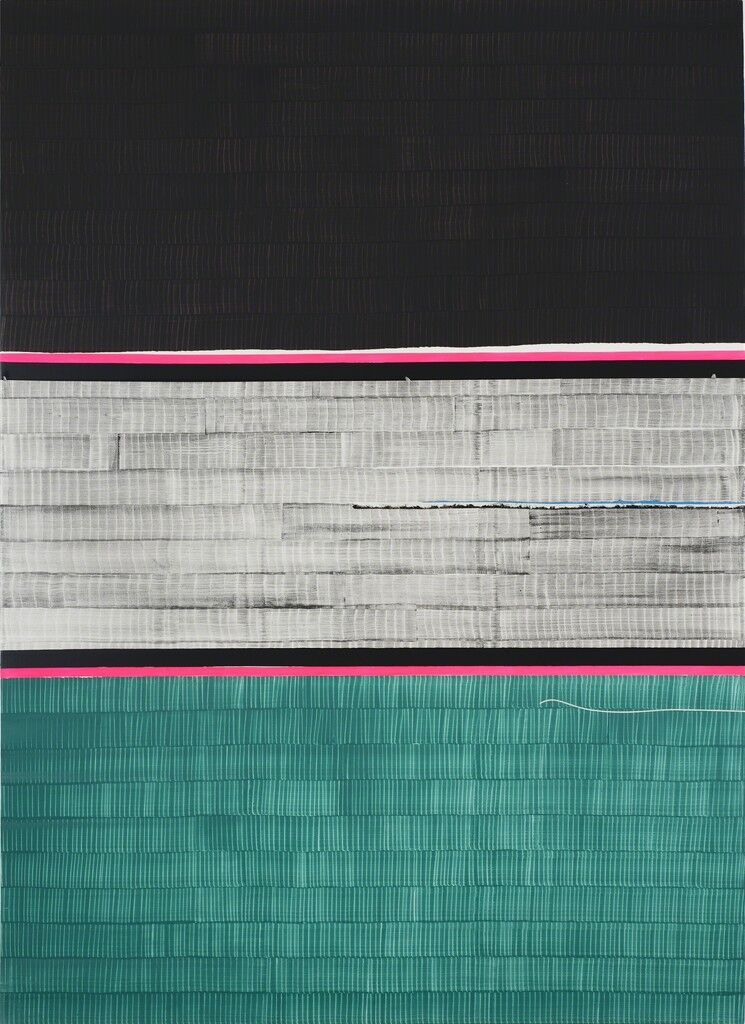 Soñé que revelabas (Amu Daria), 2015
Galerie Thomas Schulte
Advertisement
While the fair didn’t have the big names seen at its European rivals or a critical mass of North American galleries—around 10 were present at the fair—a flurry of sales were recorded in its opening hours. First day transactions featured Lisson Gallery, wooed back for the first time since 2008 by this year’s anniversary celebrations. This proved to be a successful move: the gallery sold a high six-figure work by
Anish Kapoor
, Random Triangle Mirror (2013), to an unnamed buyer, making it undoubtedly one of ARCOmadrid’s most valuable deals.
Jorinde Voigt
’s Now and Then II (2015)—ink, feathers, pencil, and pastel on carton forming a peacock-feather-like image—went for between €100,000–150,000. The gallery also sold four
Stanley Whitney
gouache-on-paper pieces and a
Carmen Herrera
acrylic-and-pencil artwork for undisclosed sums. Meanwhile, Berlin’s Galerie Thomas Schulte sold
Juan Uslé
’s 2014–2015 work, Soñé que revelabas (Syr Daria), for €110,000. 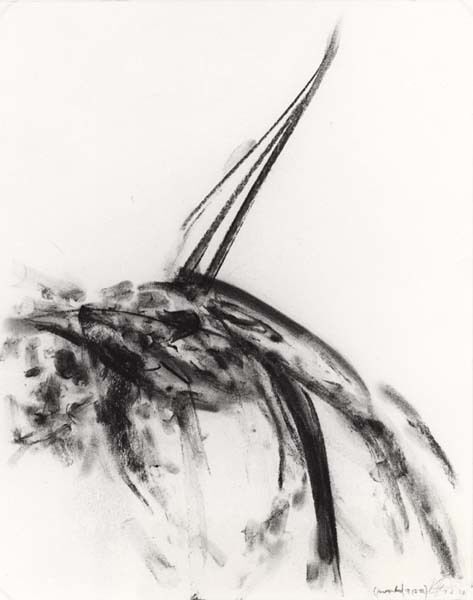 Sail, 1986
Galerie nächst St. Stephan Rosemarie Schwarzwälder
“We have built up the fair over a number of years, and suddenly there is a lot of interest,” said Rosemarie Schwarzwälder, owner of Austrian gallery nächst St. Stephan, who said despite the recent tremors of economic slowdown she had sold an acrylic-on-paper work by
Katharina Grosse
for €20,000 and a
Manfred Pernice
piece made this year, piccolo XL, for €32,000. Her booth had a strong display of works on paper, including
Dan Flavin
’s 1986 charcoal-on-cardboard piece, Sail, and some popular iterations of
Sonia Leimer
’s I-Träger stools. Though the stools provided respite and had sold well with the gallery at viennacontemporary in 2015, here they remained unblemished.
Some that ventured higher had less success. Barcelona’s Galería Carles Taché brought some expensive pieces but hadn’t managed to sell very well on the fair’s opening day, suggesting purse strings were loosened selectively. Despite having a previously unseen work by budget-buster
Sean Scully
, a 2015 pastel work from his “Doric” series, and a strong showing of
Keith Tyson
, there had been no sales by the close of the first day. Assistant director Charlie Taché said the gallery “went with the best” not with what “might sell more easily.” 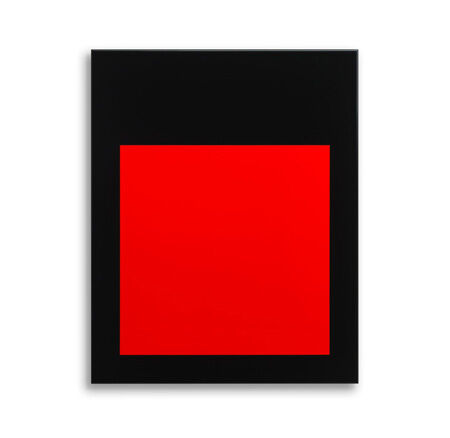 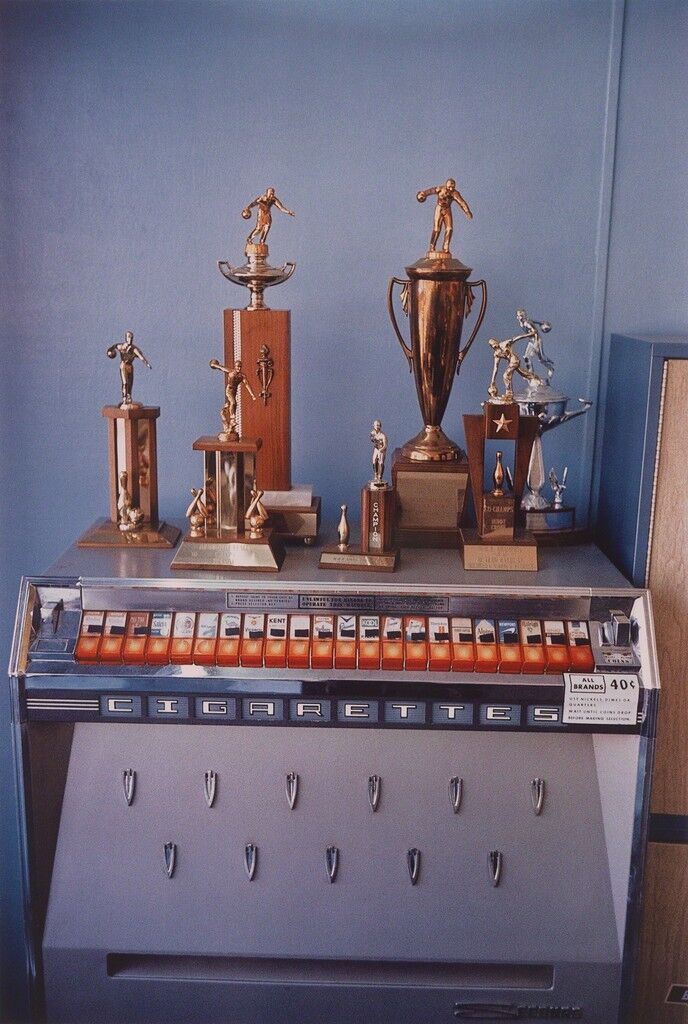 FROM THE SEVENTIES: VOLUME ONE (Detail), 1996
Victoria Miro 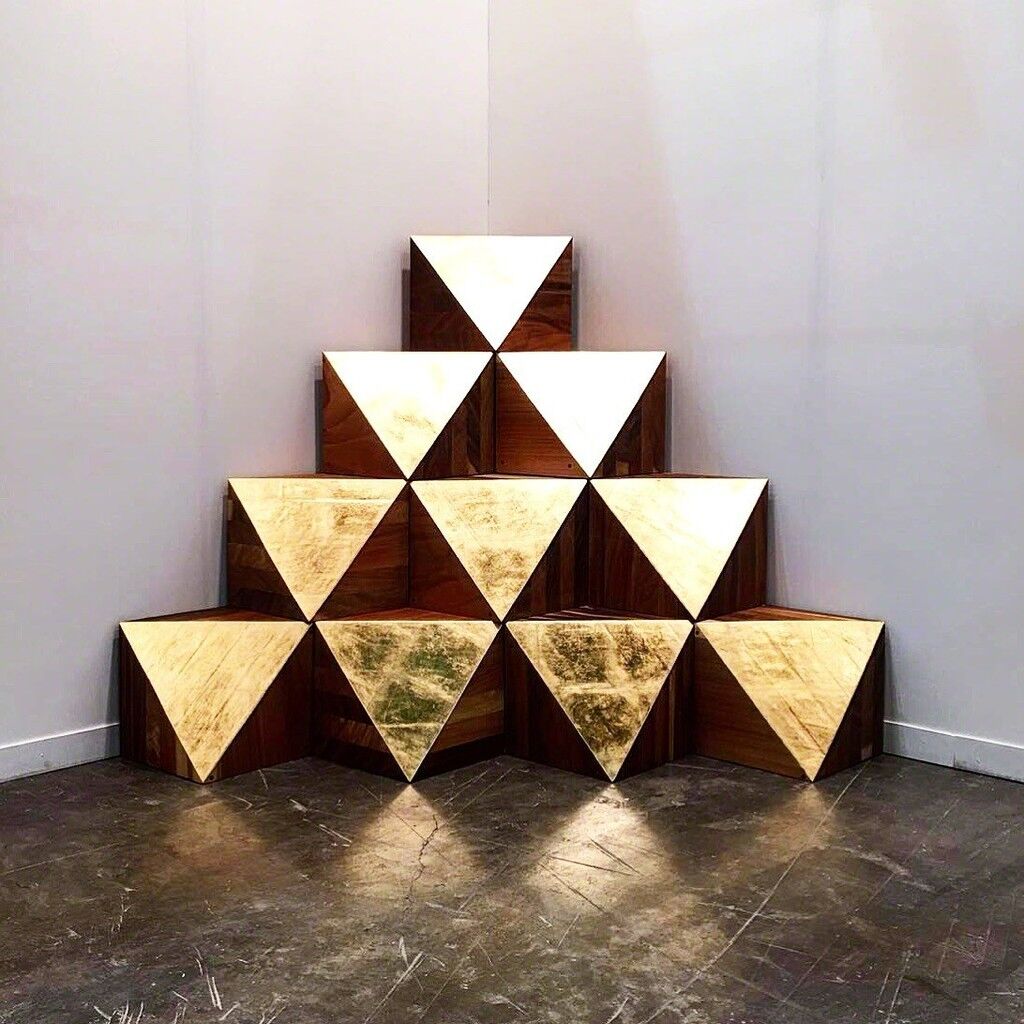 Untitled (Número Aureo), 2016
Casado Santapau
That theory was proven by the local galleries that closed deals, plenty of which played around the five-figure ballpark. Galería Casado Santapau did well with a familiar audience, selling four versions of an
Aldo Chaparro
wood-and-gold leaf geometric work at €25,000 apiece, and a
Gerold Miller
orange lacquered and stainless steel work for €28,000, with gallery cofounder Concha de Santa Pau noting “things in Spain are getting better, despite the political situation.” She added: “People are more confident, we have sold all year.” While many works inevitably played with geometries and grids, there was little obvious Latin American Op Art from South American spaces to synergize with El Museo del Barrio’s current survey show in New York, “The Illusive Eye,” perhaps evidencing a relatively muted North American collecting attendance that was hinted at by several galleries.
Victoria Miro Gallery, which was participating in the fair’s 35th anniversary program with a curated booth by the event’s entrance, displayed a beautiful array of
William Eggleston
prints, but again had not sold work by the close of play Wednesday. Director Glenn Scott Wright, who said he first visited the fair in the late 1980s, thought the anniversary section by the fair’s entrance had “lifted its overall quality,” and that he expected business to pick up over this weekend.

Within those quieter times the anniversary program, which looked to past instances of the fair and to the future, shone like a pole star. Team Gallery presented a new Arcangel Photoshop gradient work created in response to a 2015 Stanley Whitney oil piece. “There have been these great moments, in five or six of the booths, where you have the artist so energized by the potential collaboration that they have either made work together or actually made new work because of who they were showing with,” said Aaron Moulton, co-curator of the 35th anniversary program booths, whose day-job is as an exhibition programmer at Gagosian Gallery Beverly Hills. “It’s not just inventory together that matches well in terms of ideas, but it’s like ideas that are growing together, that’s true cultural production.” Vienna’s Martin Janda showed
Joe Scanlan
opposite his alter ego
Donelle Woolford
, the source of much controversy at 2014’s Whitney Biennial (Scanlan, a white Princeton professor, produced work as an African American female avatar). Air de Paris exhibited
Dorothy Iannone
’s highly erotic autobiographical painting opposite small, fetishized bejewelled pieces by her mother
Sarah Pucci
, sent to her daughter in Europe as tokens of devotion.
There was an impressive events program billing big-name museum chiefs including Museum of Modern Art director Glenn D. Lowry and Miguel von Hafe Pérez, director of the Centro Galego de Arte Contemporánea. Browsing the booths were European collectors including the Marseille couple Marc and Josée Gensollen, viennacontemporary artistic director Christina Steinbrecher-Pfandt, and Hasan Bülent Kahraman, ambassador at large for Contemporary Istanbul. “I’m here trying to see what the new galleries are doing, where the art world is going,” said Kahraman. “It gives me a good idea of Iberian and South American art.” 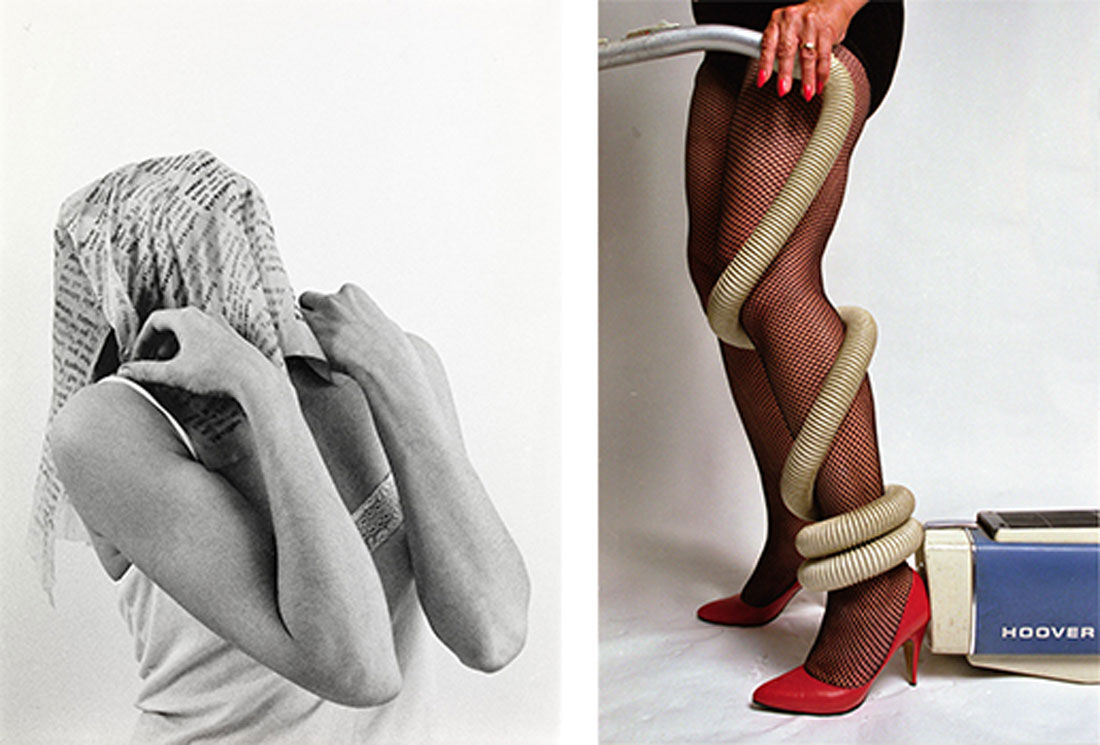 British gallerist Richard Saltoun said he brought a stunning display of
Renate Bertlmann
and
Jo Spence
to attract institutions’ attention. “The Spaniards were the first to discover the work before the British Museum started buying it,” said Saltoun of Spence’s work, which here was partly defined by uncompromising photographs of women’s torsos. “There’s a level of competence here,” he said. “Nobody’s got a ball-breaking fabulous stand of 20 Andy Warhol disaster paintings. It reminds me of Artissima,” the Italian fair known for highlighting a who’s who selection of emerging art.
Among the more modestly sized spaces, Berlin gallery Daniel Marzona covered his costs in the fair’s opening hours with the sale of a
Nina Canell
work for €18,000, comprising a cross-section of a subsea signal cable and placed in the hands of a European private collector. Marzona said the fair “was much better than last year.” 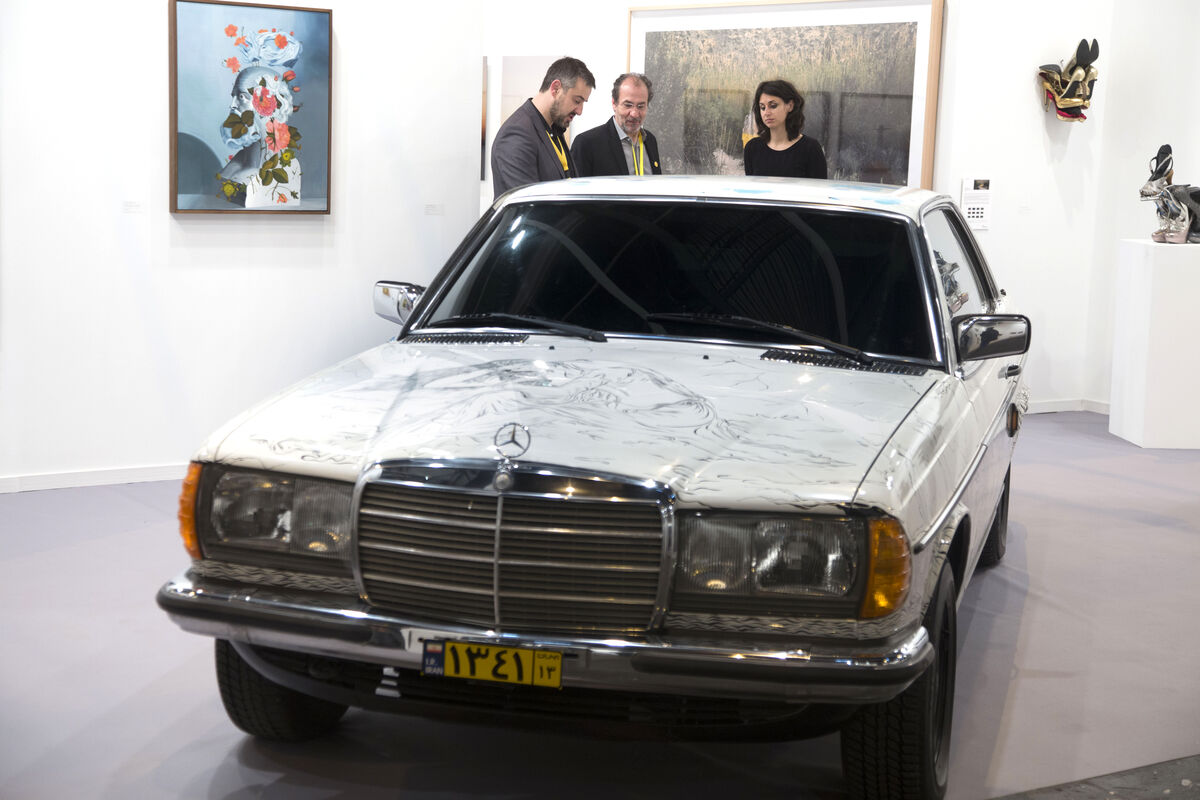 Rounding off the smaller sales, Madrid’s Nogueras Blanchard had a good run of deals including a 2016 untitled piece by
Rubén Grilo
selling for €14,000 and 12 drawings from 2003-2014 by
Wilfredo Prieto
, ranging from blueprint-like schematics to more abstract pieces, each going for €1,800.
Given the economic backdrop, there was much to be positive about. A loyal local following, a raft of international players dropping by, and not least, some genuinely well-curated and interesting art.
Rob Sharp