The ICC’s First Indictment for the Destruction of Cultural Heritage, Explained 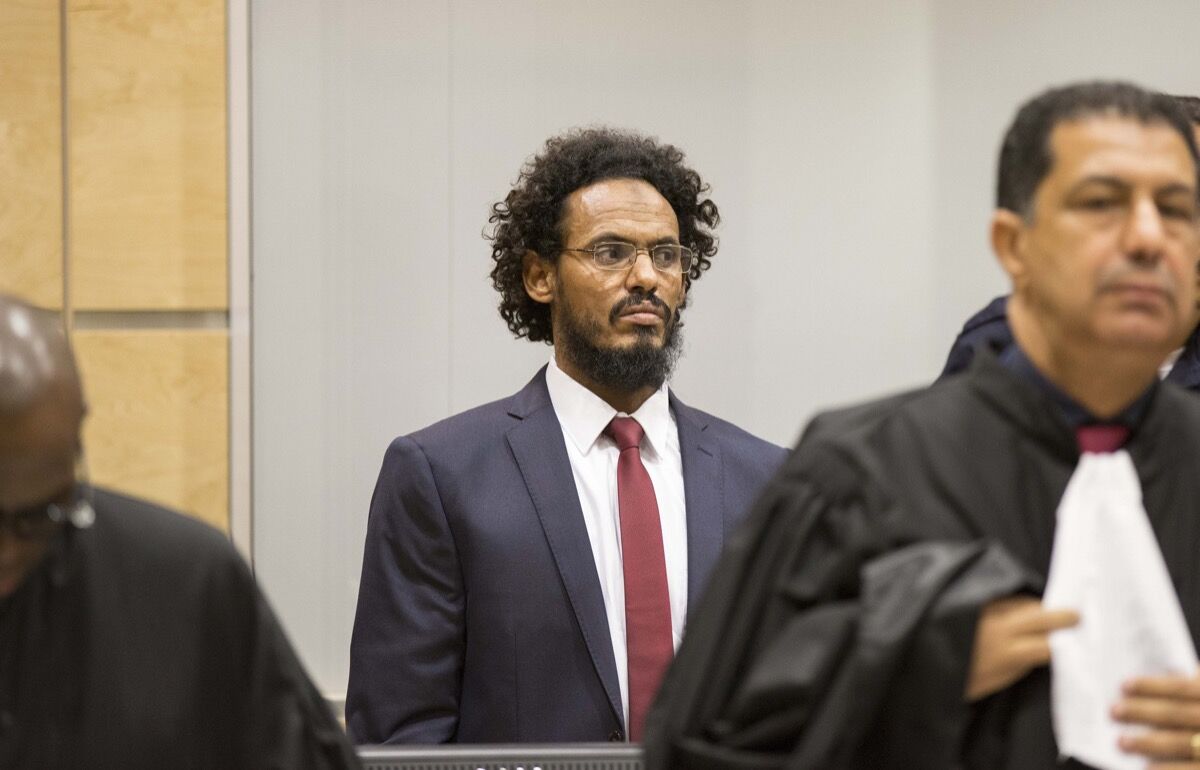 On Monday, a member of a group affiliated with Al-Qaeda stood in front of the Hague’s International Criminal Court (ICC) and pleaded guilty to charges that he organized and oversaw the destruction of several holy sites in Timbuktu, Mali, roughly four years ago. Expressing regret and remorse, Ahmad al-Faqi al-Mahdi admitted to the allegations in the landmark case—the first time that the destruction of cultural heritage was prosecuted as a war crime at the ICC. Under the terms of the plea agreement, prosecutors are recommending a sentence of nine to 11 years out of a possible 30, all while avoiding a potentially lengthy and expensive trial.
In statements to the court, prosecutors alleged that Mahdi, a radical Islamist who helmed a so-called morality brigade, “identified the sites to be destroyed” and “provided [followers] the means” to do so. Mahdi was charged with the destruction of nine mausoleums and one mosque during Mali’s period of unrest in 2012, which saw radical Islamist groups targeting ancient manuscripts, historic sites, and other pieces of cultural heritage seen as idolatrous. Word of the wave of attacks spread internationally, alerting government officials to the damage (both targeted and collateral) that ancient sites face in war zones across the globe.

Why Prosecute for Cultural Destruction?

The much-publicized indictment of Mahdi at the ICC is something of a response. “The whole idea of these kinds of cases is for them to act as a deterrent,” said Brian Daniels, director of research and programs for the Penn Cultural Heritage Center. Indeed, rather than indict Mahdi for other serious crimes he is suspected of committing, prosecutors narrowed their scope to focus solely on charges of cultural heritage destruction.
Though generally hailing the outcome, Daniels noted that one potential “cause for concern” is that groups looking for a global platform and international publicity may increase their attacks on antiquity in an effort to gain the attention of the ICC. But, Daniels adds, that’s an “unavoidable risk” of any major prosecution.
Others caution that the successful prosecution of Mahdi for cultural heritage destruction should not overshadow the other crimes that are occurring in Mali, or mark the end of intervention by the ICC in such cases. Following Mahdi’s admission of guilt, Amnesty International’s senior legal advisor Erica Bussey released a statement that affirmed the importance of the ICC prosecution and called Mahdi’s acts war crimes. But, she added, “while this case breaks new ground for the ICC, we must not lose sight of the need to ensure accountability for other crimes under international law including murder, rape and torture of civilians that have been committed in Mali since 2012.” 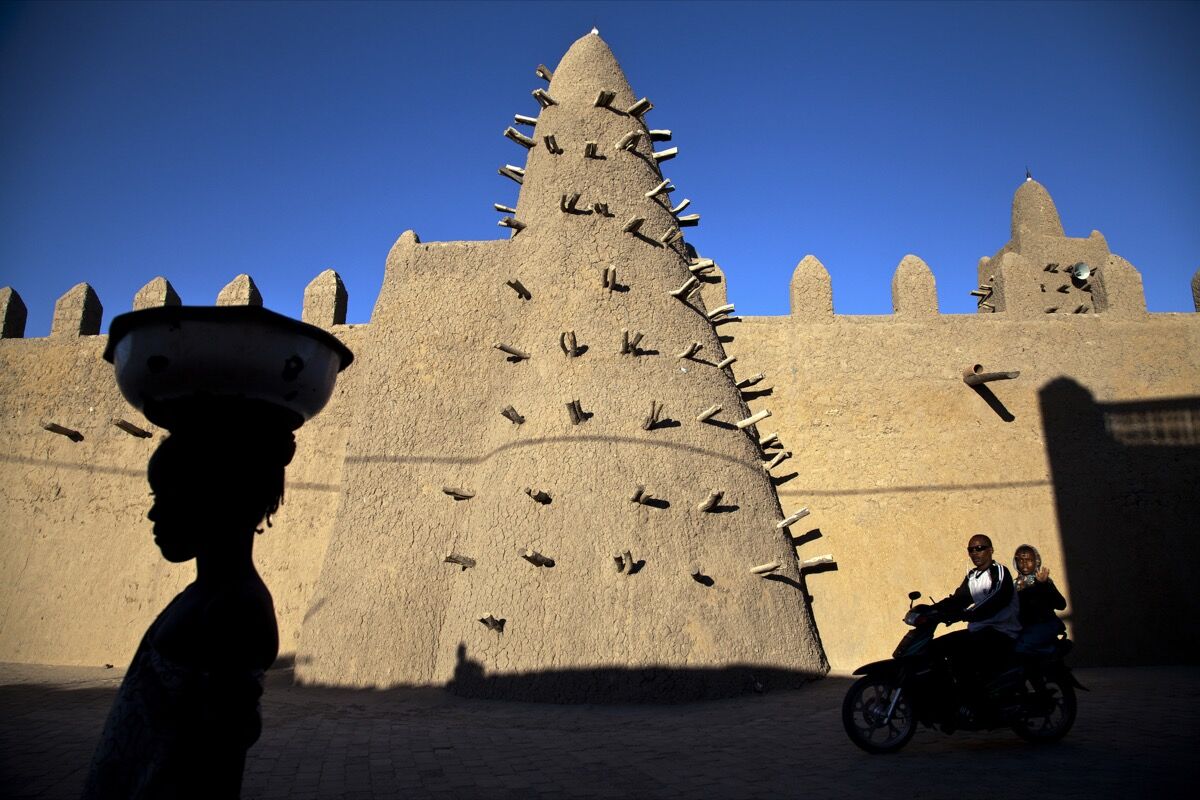 Residents of Timbuktu pass by Djingareyber Mosque, one of the historical architectural structures (along with Sankore Mosque, Sidi Yahia Mosque and sixteen mausoleums and holy public places) which together earned Timbuktu the designation of World Heritage Site by UNESCO. UN Photo/Marco Dormino, via Flickr.

Is Cultural Destruction a War Crime?

The willful and unnecessary destruction of cultural property during an armed conflict is a violation of the 1954 Hague Convention, and thus a war crime well within ICC’s remit to prosecute—but the designation is not without debate. Writing in the Guardian, Jonathan Jones argues that targeting antiquity is not the same thing as targeting a life or a group of lives. Thus, having these crimes all under the jurisdiction of the ICC amounts to an inappropriate leveling of their significance. “The destruction of art is vile and offensive to many—but it is not mass murder and we should not pretend it is the same, nor that it belongs in the same court,” he states.
Jones’s argument reveals the difficulty that many have when attempting to understand the nuances of international law. Mahdi pleaded guilty to war crimes, a designation that can include the killing of civilians as well as the destruction of cultural property, though each is protected by a different international treaty. War crimes are individual breaches of international law, while the more systematic use of violence against certain groups or individuals, which Jones references, is prosecuted as genocide or crimes against humanity. Jones proposes that the example of Mahdi’s prosecution for cultural destruction could lead to scenarios like a person being sent to the ICC for executing a damaging restoration of a painting, but this is clearly not a violation of the Hague Convention. Targeting a cultural site that poses no strategic significance during a military conflict is a violation.
Though there are certain legal distinctions between the killing of human beings and cultural destruction, in reality the two are often connected. “Cultural heritage destruction provides really good evidence for crimes against humanity,” Daniels said. (Crimes against humanity—not to be confused with genocide—is a broad designation that governs the systematic mass killing of individuals.) A government or military persecuting a group manifests in killing and displacement, but also in cultural cleansing—in attacks on objects that house more intangible aspects of identity like religious sites and ancient documents.
Addressing and understanding how attacks on culture factor into the erasure of a group and its identity allows prosecutors to go after the “holistic context” that underpins a group’s persecution rather than solely acts of bodily violence, however horrific. Mahdi’s prosecution is a potential indication that the ICC is beginning to address that connection. As Daniels asks, “the question is: when might you actually see cultural heritage destruction cross into the threshold of crimes against humanity?”
Trying to determine the relationship between cultural destruction and the murder of human beings is hardly a new legal quandary. Early conceptions of genocide that were advanced in the 1940s by Raphael Lemkin, who coined the phrase, included cultural destruction as a factor in the crime. Such provisions were eventually left out of the final language. Recently, legal scholars have pointed the blame towards some Western countries, including the US, who feared that such language would give indigenous people the legal grounds to claim a genocide was perpetrated against them. Though Mahdi’s prosecution is a first in the history of the ICC, it is evidence that 71 years after the Nuremberg trials, the international community continues to grapple with how to prosecute those who attack culture and, almost inevitably, people.
Isaac Kaplan is an Associate Editor at Artsy.
Related Stories