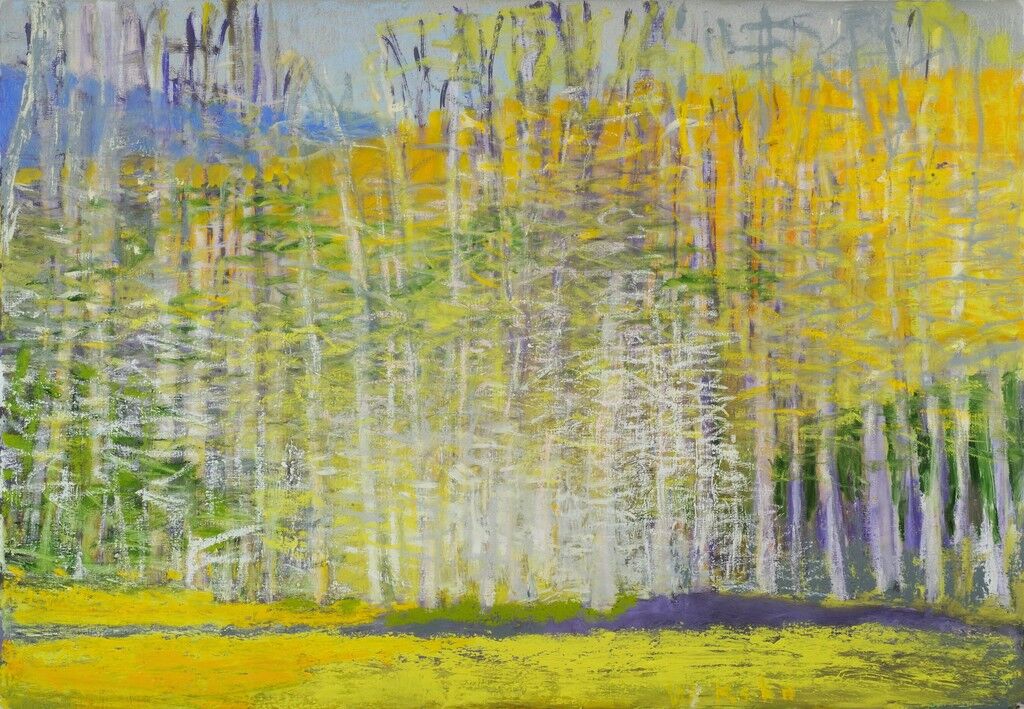 Wolf KahnBright Center, 2015. Addison/Ripley Fine Art
At first glance, German-American artist Wolf Kahn’s iridescent, ethereal pastel and oil landscapes present themselves as painterly abstractions of familiar New England scenery. Given a second, sustained encounter, Kahn’s canvases come off as abstract, only in the sense that they are not purely landscapes, so much as concentrated studies in color and its capacity to illuminate and conceal. 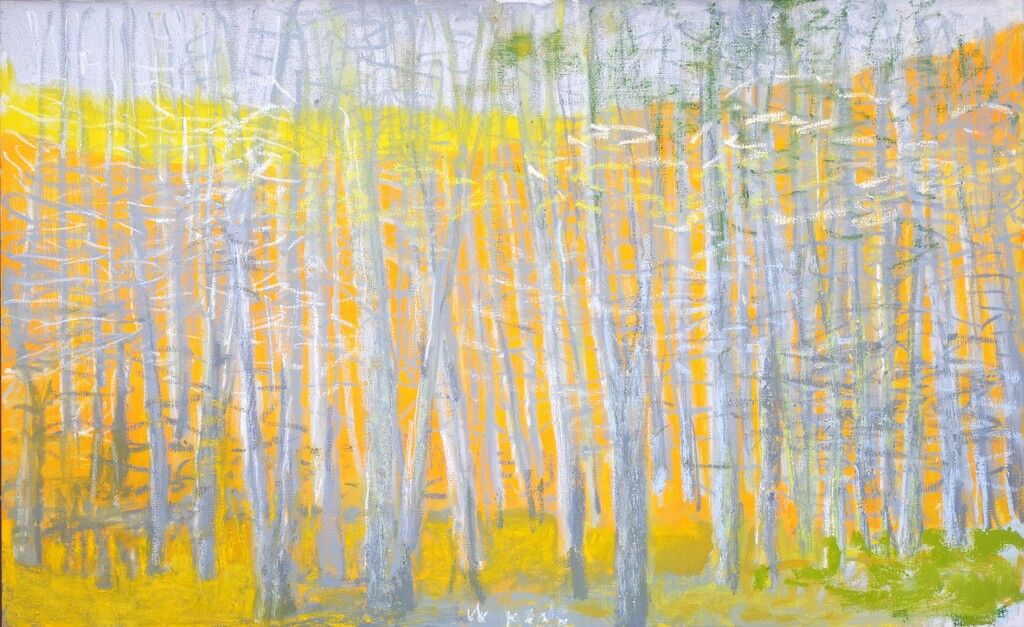 Wolf KahnNovember, 2014. Addison/Ripley Fine Art
The unique convergence of realism and non-representation in Kahn’s compositions, which are formally underpinned by the principles of color field painting, is on full view in “Wolf Kahn: Paintings and Pastels,” an exhibition of the artist’s recent works on paper and canvas at Washington, D.C.’s Addison/Ripley Fine Art. In the works mounted in this exhibition, Kahn seems to evoke landscapes in order to focus on tonalities in color. 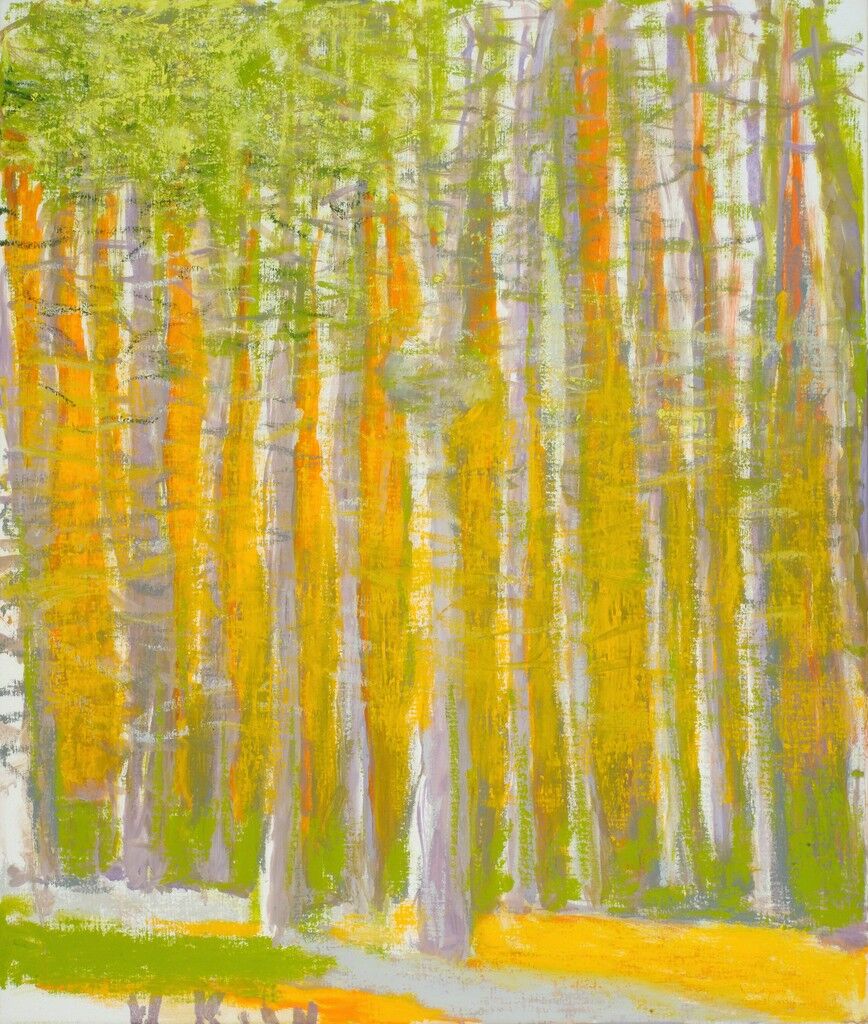 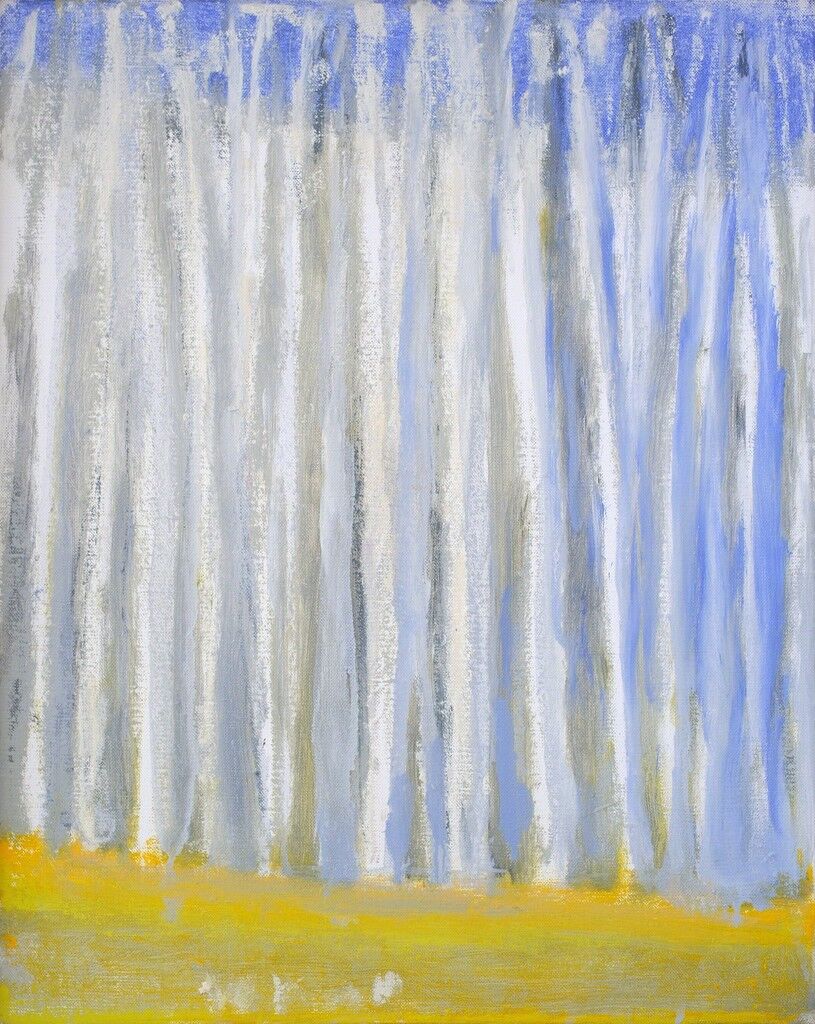 Wolf KahnLong and Slender, 2013. Addison/Ripley Fine Art
Radiating as from within, the landscapes represented in Kahn’s compositions are, in some manner, a ruse; they are present only inasmuch as they are conduits for an elaborate play with color and light, which seem to come from within the canvases, rather than resting on their surfaces. In Kahn’s compositions it is not so much that the landscapes are illuminated and animated by color, but rather that color itself is illuminated and animated. Although light and airy—often verging on exuberant—Kahn’s compositions have something of a fog hanging about them. Vibrant colors appear to press against a thick, enveloping mist. This unique application of color inspired Robert Gamblin, one of Kahn’s friends and a leading manufacturer of oil paints, to develop a special line of eight high-intensity, reflective pigments infused with generous doses of white called “Radiants,” which Kahn, naturally, now uses to make his paintings. 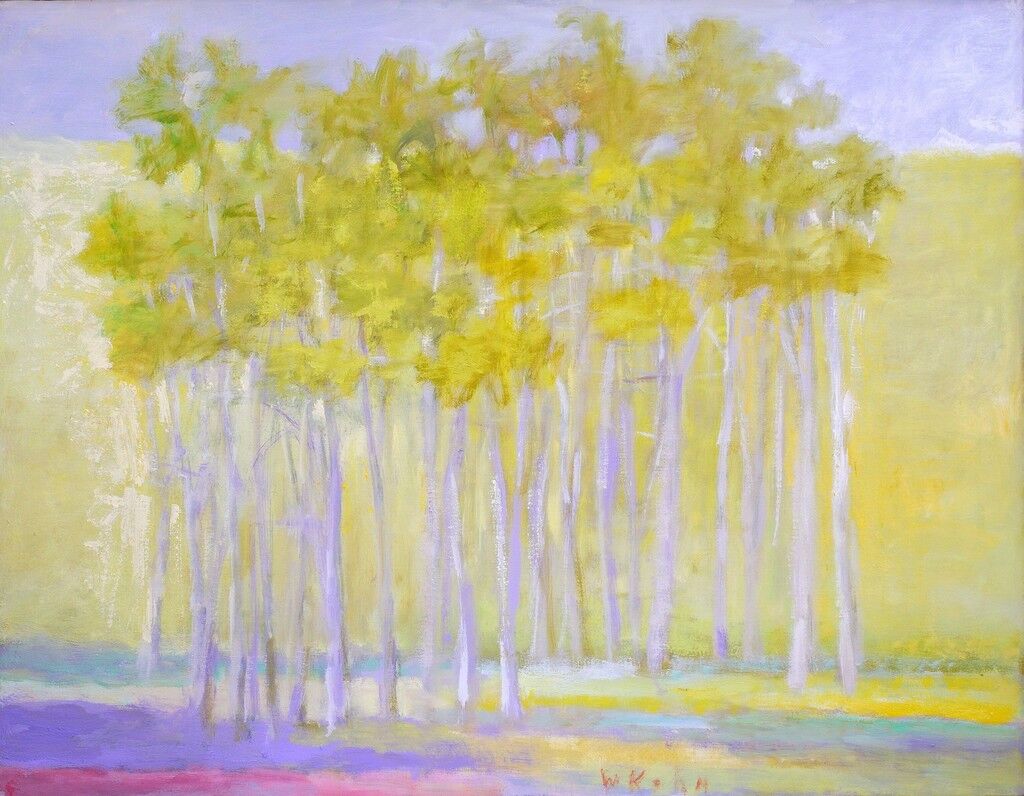 Wolf KahnYellow Landscape without Darks, 2001. Addison/Ripley Fine Art
Kahn’s preoccupation with iridescence and gradations in color comes as no surprise, given that he studied under Hans Hofmann, the celebrated German-born, American colorist and abstract expressionist. It was Hofmann after all who famously said, “in nature, light creates the color; in the picture, color creates light. Every color shade emanates a very characteristic light—no substitute is possible.” Yet, Kahn’s pointed concentration on hue and luminescence moves beyond the constraints of abstract expressionism, in which his teacher worked, to a kind of representation that artfully transcends overt description or narrative, even while maintaining a kind of painterly lyricism hinged entirely on color and its unique application.