As Young Galleries Seek Alternatives to Art Fairs, a Promising Solution Has Emerged 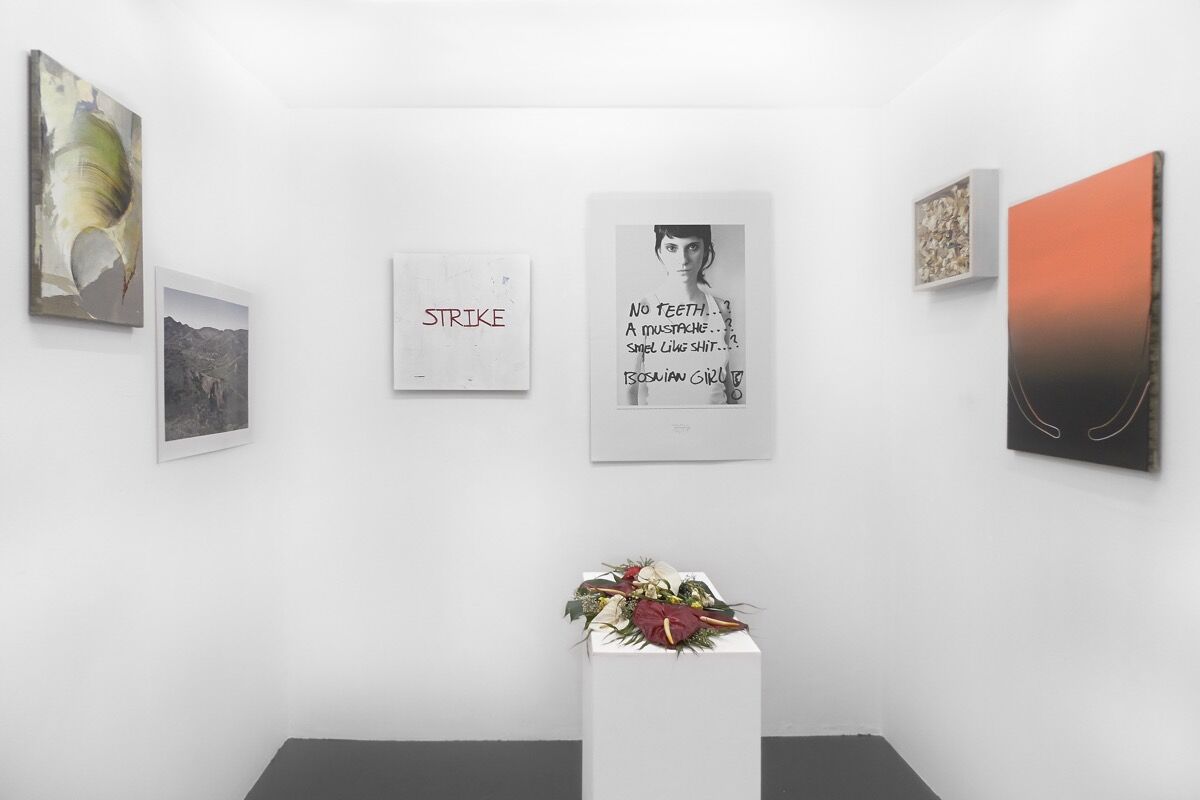 On June 29th, the inaugural edition of the collaborative gallery event Condo New York kicks off across Manhattan. The event, co-organized by Lower East Side gallerists Simone Subal and Nicole Russo, will see 36 international galleries mount concurrent exhibitions at 16 New York gallery spaces during the month of July.
Pop-up spaces, or temporary exhibition spaces in new cities, are emerging as a welcome alternative to the high-stakes, high-stress experience of an art fair. They offer smaller galleries the chance to expand and strengthen their reach, while exercising greater curatorial freedom with less financial strain, and in a more inviting environment than an art fair.
The brainchild of London gallerist Vanessa Carlos (of Carlos/Ishikawa), Condo launched in January 2016 in London, where for two years now local galleries there have opened up their spaces to colleagues from abroad. The cross-pollination generates creative, collaborative exhibitions during an otherwise quiet moment on the art calendar. Condo New York will, the organizers hope, similarly invigorate the art world during its annual summer slowdown.
In the past few years, pop-ups have found renewed relevance among prominent young galleries, like the majority of those participating in Condo. Many such small-scale galleries—characterized by fresh, inventive programs, and rosters of sought-after emerging and mid-career artists—are scaling back their art fair activities and testing the waters of alternatives (like the online-only Dream fair, begun by the directors of now-defunct London gallery Limoncello). 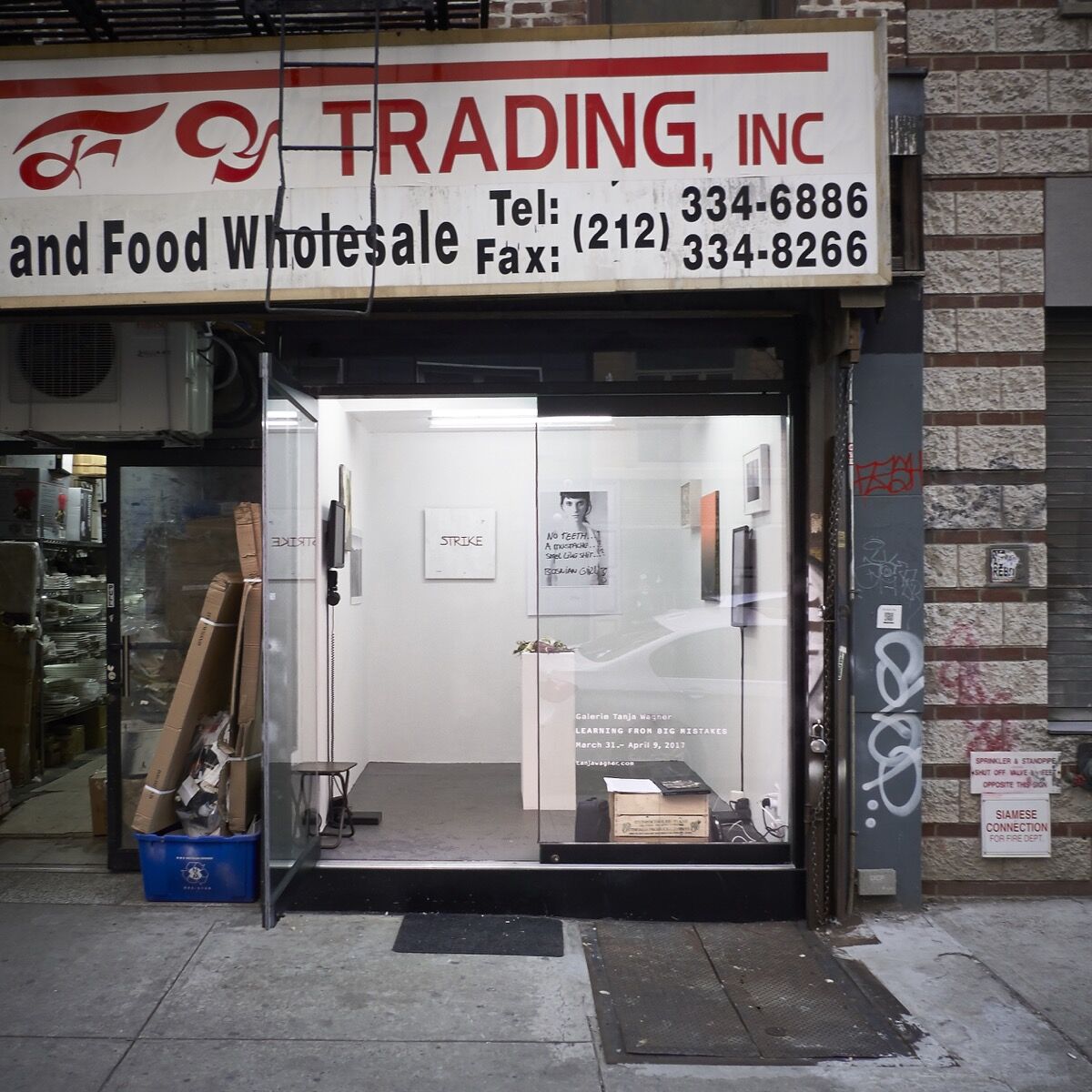 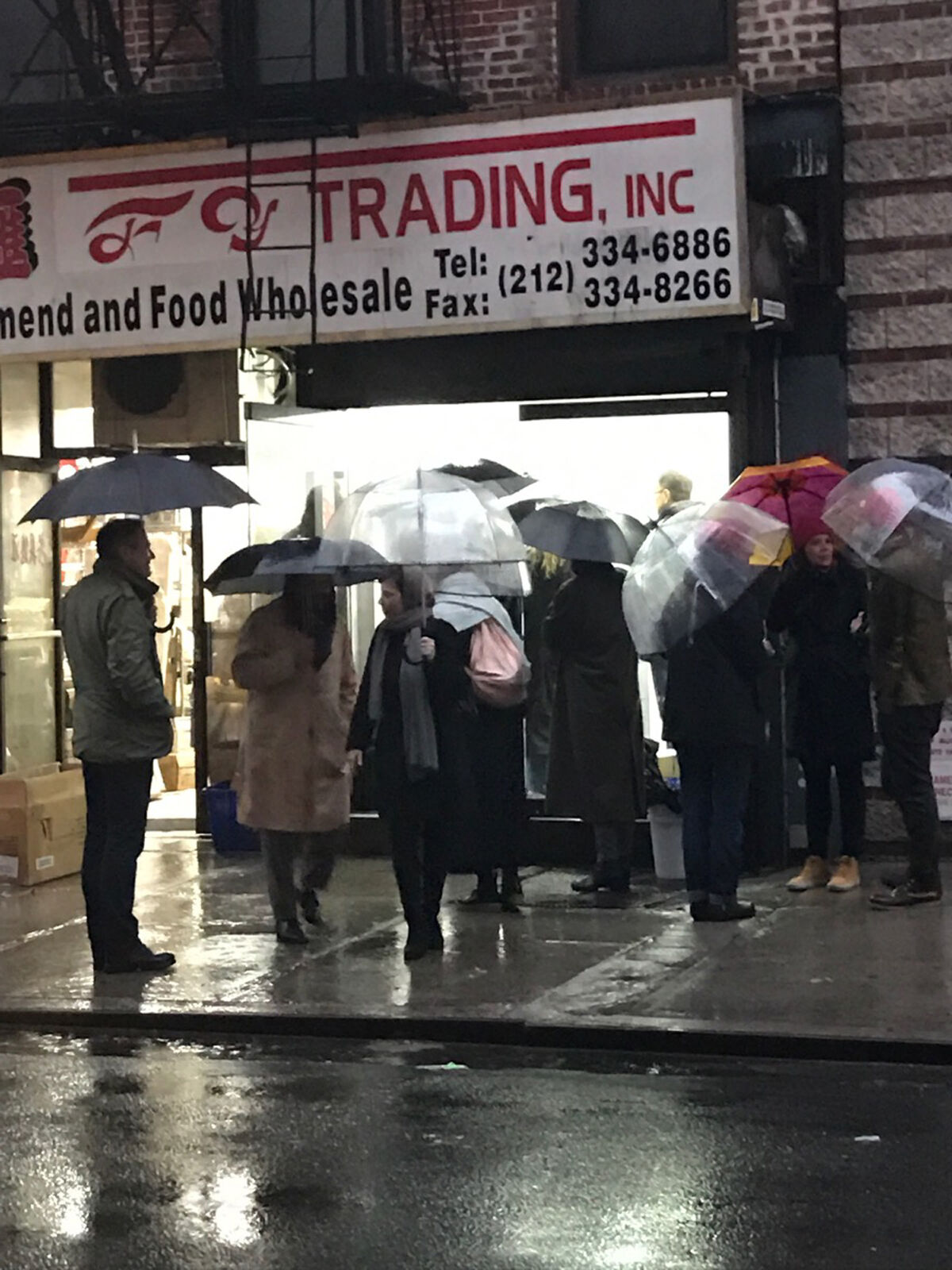 The pop-up model addresses galleries’ need for exposure beyond their home market. For the vast majority that do not have rosters of blue-chip artists and multiple international outposts, the need to connect with collectors, artists, and art-world professionals on a global level often requires the costly undertaking of participating in several fairs per year. And while many have the chops to qualify for top-tier fairs like Art Basel and Frieze, if they do take the financial plunge at one such fair—amid the current art-fair ecosystem that’s seeing fewer attendees—they vie for collectors’ attentions among the glitzy presentations and astronomical budgets of blue-chip galleries.
Younger galleries in particular are facing increased pressure as buying activity in the emerging art market remains at levels below its 2014 peak. Although the price tags for their artists’ work remain relatively low, collectors are less anxious to incur risk and scoop up works by artists who are still relatively unknown.
“There’s not the kind of frenzy we were seeing a few years ago, when our galleries opened, at a seemingly healthy time,” says Robbie Fitzpatrick of Los Angeles-based Freedman Fitzpatrick, which he opened in a strip mall on Hollywood Boulevard with Alex Freedman in 2013 (the pair also founded L.A. art fair Paramount Ranch, which ran from 2014 to 2016).
“The pace is slower; collectors are taking more time on which artists to invest in and wait for the right artworks to speak to them,” he says. 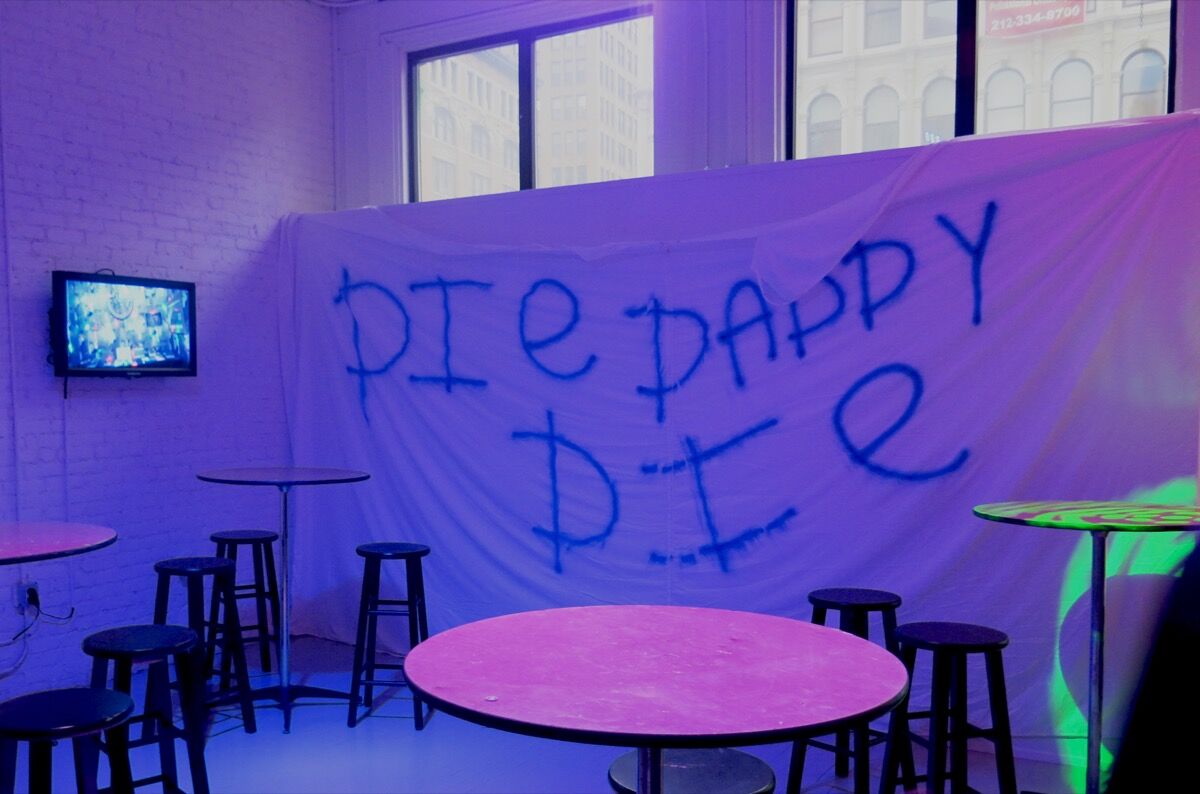 Advertisement
Pop-ups, which can last anywhere from 10 days to three months, are a better fit for this slower pace of decision-making, compared with the breakneck speed of a typical four-day art fair. The longer window of time allows gallerists to court new and existing collectors in a more meaningful way and in a more personalized space, and close sales at a more comfortable pace.
That can hold true for gallerists even if they can’t spend all month away from their home gallery, says Subal, because the collectors have more time to spare at such events than they do at fairs. She participated in Condo in London with The Approach this past January.
“I really had time to talk to some of these collectors, as opposed to an art fair, where you get two minutes of face time,” she says, despite the fact that she was only in town for the first few days of the show.
Tanja Wagner, who runs her own eponymous space in Berlin, recently rented out a small ground-floor gallery space in the Lower East Side for a 10-day, curatorially driven group exhibition that considered the current political climate. For her, the time and pace of a pop-up was one of the greatest benefits of the experience. “Obviously you don’t have the same number of people passing through as you would in a booth at Frieze or Armory, but you have these very intimate conversations, and the speed is different; they take their time,” she says. 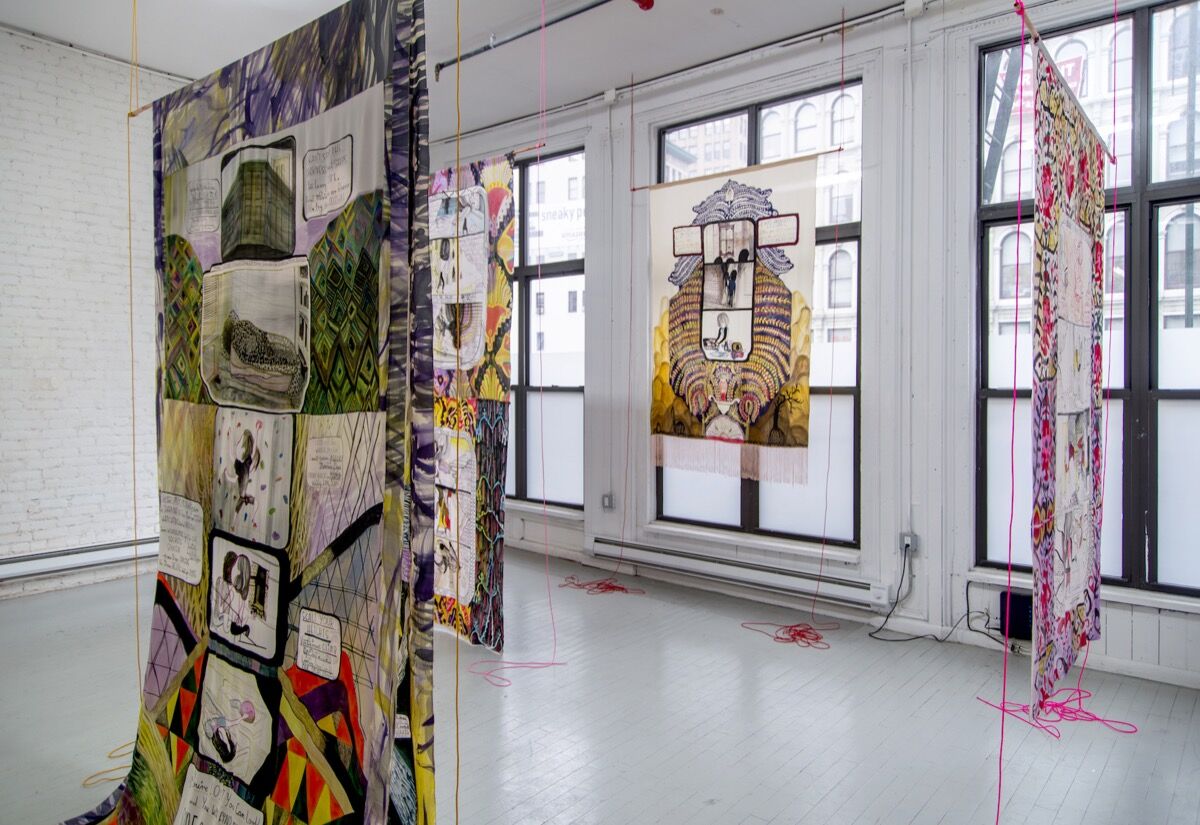 The expanded timeline also gives gallerists the opportunity to set up studio visits with artists based in that city. Rózsa Farkas, director of Arcadia Missa, leased a temporary New York space on Canal Street with fellow London gallery Supplement for six months this year, and used that time, she says, to develop “new and stronger relationships” with artists based in New York. The two London galleries shared the space, alternating shows each month.
Farkas’s positive experience, particularly in the wake of the Brexit vote, led her to make plans for a future pop-up in collaboration with Galerie Max Mayer in Düsseldorf this September, and tentatively, another to-be-determined European gallery in November. She says the cost of holding three month-long shows in New York was comparable to, or slightly higher than, participating in an art fair, but was worth it because of the steady foot traffic, sales, and the ability to connect with New York-based artists and collectors.
Pop-ups also help strip away some of the competition of art fairs, where similar galleries are packed cheek-by-jowl.
“When I pay an art fair $20,000 to be in the young or medium section, I have so much pressure,” says Guillaume Sultana, owner of Paris’s Galerie Sultana, and co-founder of the art fair Paris Internationale. During Condo New York, he’ll be able to tap into the New York audience without that pressure. 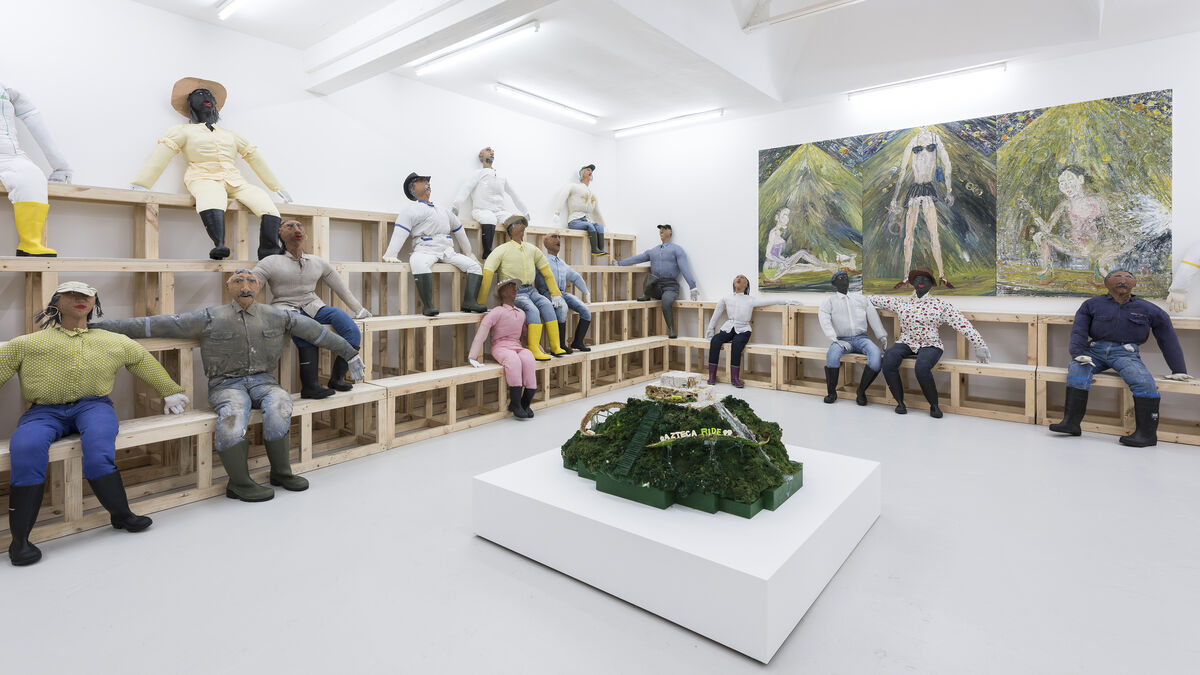 Visiting galleries (non-New York galleries) participating in this summer’s iteration of Condo pay a one-time fee of $850 to cover the costs of marketing and opening festivities, and hosting galleries pay nothing. Galleries keep their own profits and manage their own inquiries. Subal, who will be hosting Zürich gallery Gregor Staiger in her space on the Bowery, notes that galleries are inclined to show smaller-scale works and some will focus on artists based in New York, thus saving on shipping costs. “We’re all keeping costs low and when a sale happens you get something out of it,” Subal says, although she acknowledges that sales can generally slow during the summer.
Fitzpatrick, who will participate in Condo with Off Vendome, says having access to a proper storefront or gallery space offers more flexibility and curatorial freedom than the three walls of an art fair booth. Freedman Fitzpatrick has plans for an exhibition in Berlin at MD 72, and a show next year in Tokyo with XYZ Collective. The gallery is also cutting back on art fairs; last year it showed at six, this year it only plans to do four, and next year it may do just three.
“This is kind of the beginning for us of what might a long string of exhibitions that are not in L.A., and not affiliated with an art fair,” Fitzpatrick says.
Pop-ups also offer the opportunity to strategically introduce artists to a given city. In New York, Freedman Fitzpatrick is presenting a project with
Shimabuku
, a Japanese artist who has had little exposure in the U.S.. Arcadia Missa’s New York sojourn featured primarily British artists whom Farkas was keen to show to locals. At Condo, Sultana will be showing photographer
Walter Pfeiffer
, who has little visibility in New York, as well as the young British artist
Jesse Darling
, who does not have gallery representation in New York. 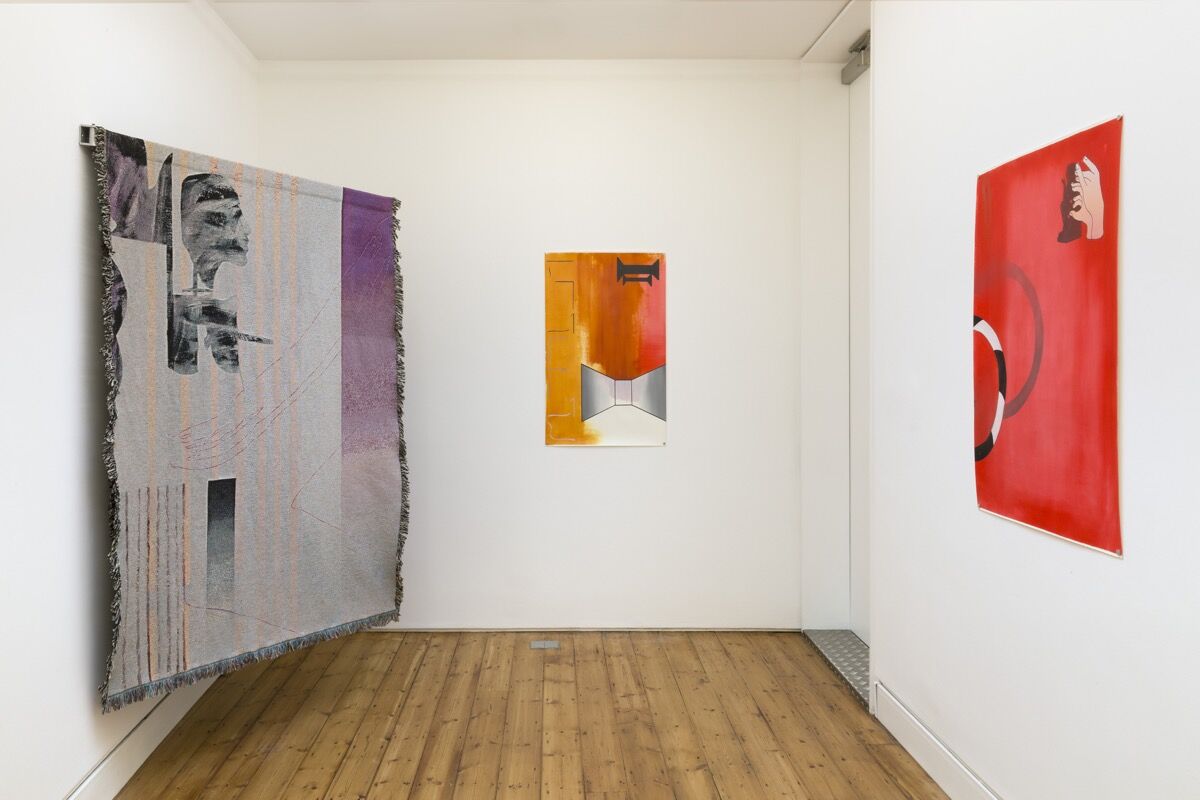 The pop-ups also benefit artists, say dealers, who are pushed to produce relentlessly for art fairs, often at the expense of their own practice.
“We’re applying to fairs a year in advance and a lot can happen in a year in terms of the artist’s studio,” Fitzpatrick says, referring to how an artist’s practice can change over the course of several months. The pressure to produce a certain type of in-demand work for fairs, he says, has “hindered creativity.”
Much comes down to timing: While Condo has done well to energize art-world audiences when little else is happening, some gallerists warn against organizing pop-ups during busy moments of the art world calendar. Still, in cities less saturated than global art centers such as New York or London, galleries have successfully taken advantage of high-traffic art events. Berlin gallery KOW, for instance, set up a pop-up show of work by
Michael E. Smith
in the São Paulo home of a gallery employee’s family, coinciding with the city’s SP-Arte art fair.
Having that kind of on-the-ground connection is also key to making a pop-up venture take off. Wagner, for example, had a strong ground game: She knew artists, collectors, press contacts, and fellow galleries in New York, who brought friends, helped spread word of mouth, and facilitated networking to make her time there worthwhile.
While her pop-up was an independent initiative, it and other ventures such as Condo encourage the spirit of collaboration that emerging galleries say is critical to their survival, says Sultana.
“We need to get strong all together and build a new generation,” he says, “and it’s very good timing for that.”
Casey Lesser is Artsy’s Lead Editor, Contemporary Art and Creativity.
Related Stories