With Zaha Hadid’s Sudden Death, the World Lost More than an Architect 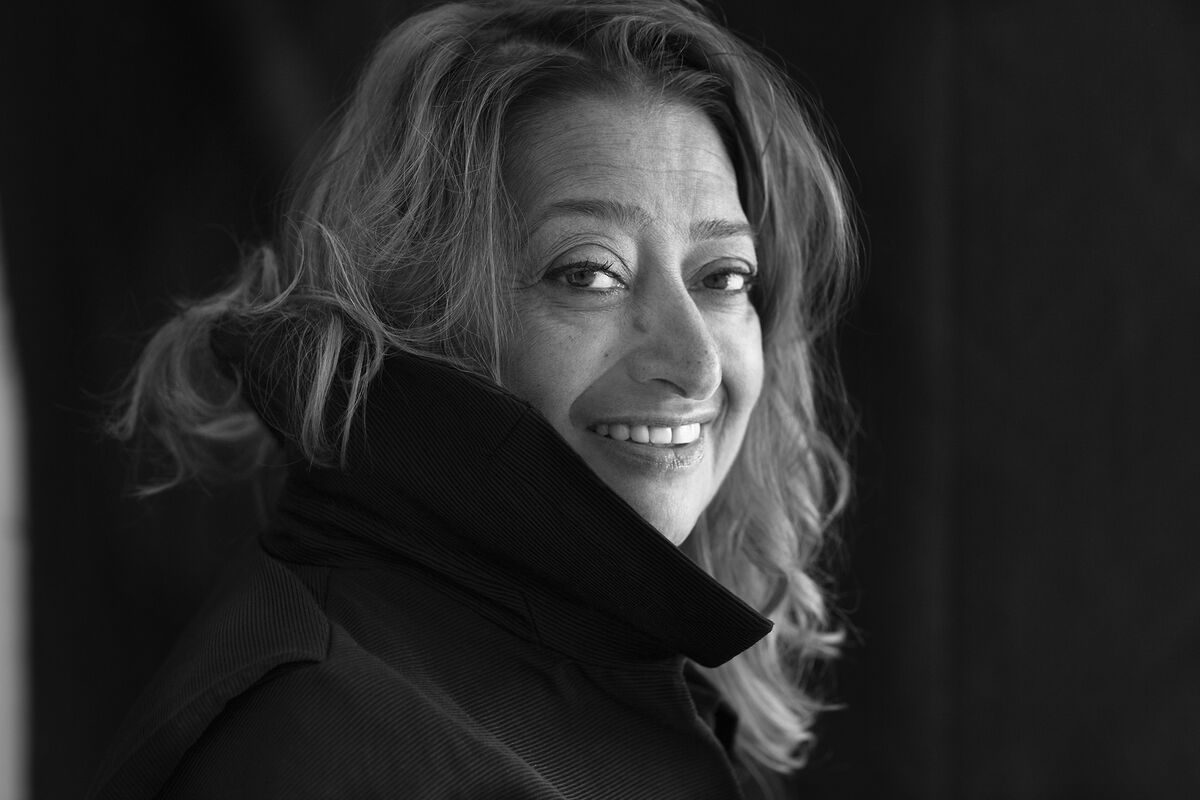 As news spread on Thursday morning of her sudden death due to heart attack at the age of 65, we were reminded of the trailblazing Iraqi-British architect’s unmatched accolades: first woman to win the Pritzker Prize, first woman to take home the RIBA Gold Medal, two-time recipient of the Stirling Prize, a Dame Commander of the Order of the British Empire, a UNESCO Artist for Peace, a Commandeur de l’Ordre des Arts et des Lettres, and the list goes on. Her designs, sweeping feats of construction and sleek, elegant forms, have been the subject of some 20 major exhibitions, from the Venice Architecture Biennale to the Solomon R. Guggenheim Museum to MAXXI, Rome (which she designed). It goes without saying that in a field historically dominated by males, Hadid shattered ceilings left and right, while rethinking the very definition of a ceiling.
These honors are evidence of her architectural feats, as well as her ideas—she fundamentally pushed the concepts, theories, and technology of architecture forward. Not just an architect, she was an artist and a professor, teaching at numerous institutions including Harvard, Yale, and Vienna’s University of Applied Art. To crown her the greatest female architect is to diminish her; Hadid’s legacy is one of boundless ambition, innovation, and genius.

“Pioneer, visionary, intellectual, leader, revolutionary. Zaha Hadid was all of those things,” says London gallerist David Gill, a longtime friend, collaborator, and colleague of Hadid for over 20 years. “She was able to apply her incredible skill and knowledge to challenge the role of the architect. The fact that she was a woman was always beside the point—she was quite simply the best in the world and we are all so lucky to have been able to spend the last 30 years experiencing her unassailable talent.”
Architect Markus Dochantschi, who worked as a director at Hadid’s studio for seven years, recalls her warmth, humor, and unrelenting passion. “One of the biggest lessons she taught me was that there’s no failure, there’s only exploring and pushing boundaries,” he says. “She was a brilliant thinker, a visionary, and an inspiration to everyone who worked with her, and everyone who walks through her architecture.”

Advertisement
Growing up in Baghdad in the 1950s, Hadid’s ambitions to become an architect were cemented before her teenage years, thanks to a family and a society that fostered her creative and academic pursuits. She began studying mathematics at the American University in Beirut in 1968, and moved to London four years later, where she studied under
Rem Koolhaas
and Elia Zenghelis at the Architectural Association. Two years post-graduation, in 1979, she set up her own practice and began building a reputation through her grand ideas, manifested in intricate paintings and impressive plans. Surprisingly, her first major design was not realized until 1993, which speaks not only to her defiant persistence, but her pioneering mind—it’s no coincidence that her career hit a fever pitch after 2000, as technology caught up with her imagination.
Hadid’s designs, as elegant as they are innovative, are reminders of this pioneering spirit; present and future generations of architects, artists, engineers, and other creatives will find in her brilliance the inspiration to break barriers of their own. Her legacy will continue to be felt through her most celebrated designs—the Vitra Fire Station in Weil Am Rhein, Germany (1990–1993), the London Aquatics Centre (2005-2011), the Guangzhou Opera House (2003-2010), and the Heydar Aliyev Center in Baku, Azerbaijan (2007-2012) among them. And we can expect to bear witness to new feats for years to come; Hadid has designed projects that are in construction from New York to Qatar.

“Her work has always been distinct, she has always provoked, and she opened our eyes to new possibilities and new horizons of what architecture and design were capable of achieving,” Gill remarks. “To say she was an inspiration is almost too simple a statement—Zaha Hadid was one of a kind.”
Casey Lesser is Artsy’s Lead Editor, Contemporary Art and Creativity.
Related Stories