Zanele Muholi’s Sense of Self, at Yancey Richardson 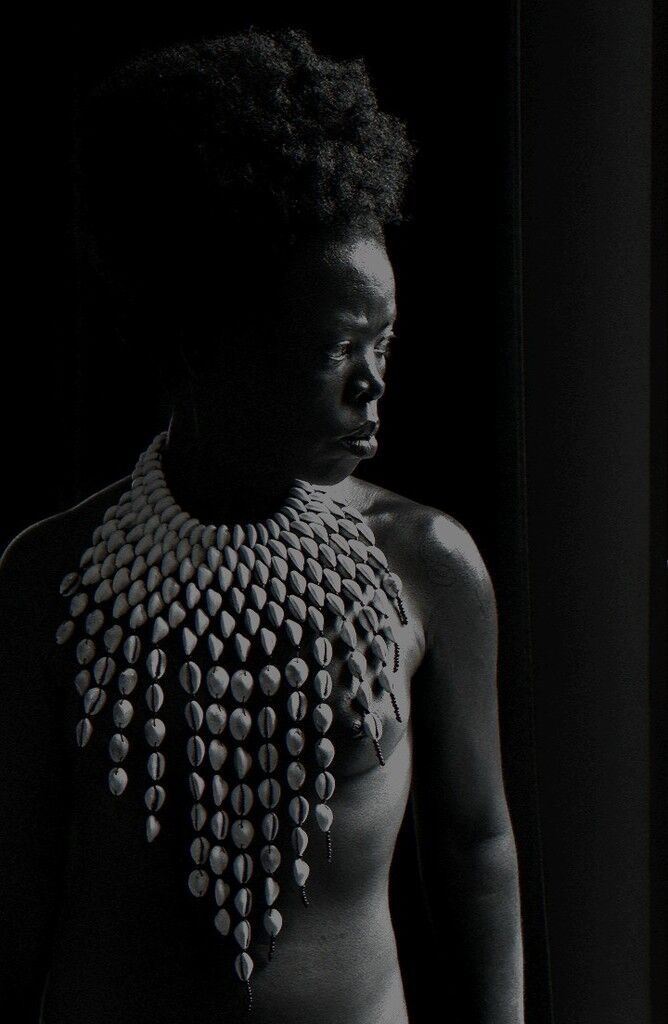 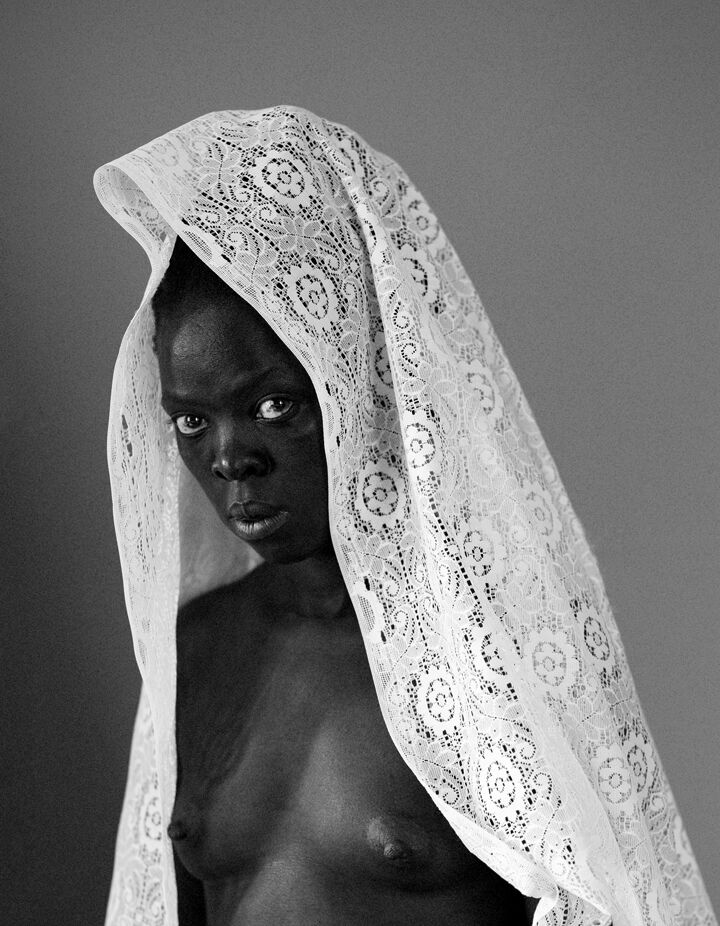 Zanele Muholi
Thebeka I (Upstate, New York), 2015
Yancey Richardson Gallery
“Somnyama Ngonyama” (“Hail, the Dark Lioness”) at Yancey Richardson Gallery in New York is the first exhibition of Muholi’s self-portraits. The artist is known for documenting the LGBTQI population of her native South Africa, captured in her ongoing series “Faces and Phases.” Though the country was one of the first to outlaw discrimination based on sexual orientation and to codify the right to marry for gay couples, intolerance and oppression remain widespread.

Muholi addresses marginalization in both the political and historical spheres (she self-describes as a “visual activist”), by working in photography’s foundational language—she produces mainly gelatin silver prints. With her black-and-whites of the flamboyant and the reserved, the pierced, the wounded, the glowingly garbed, the artist testifies to the vitality of a group homogenized through violence. 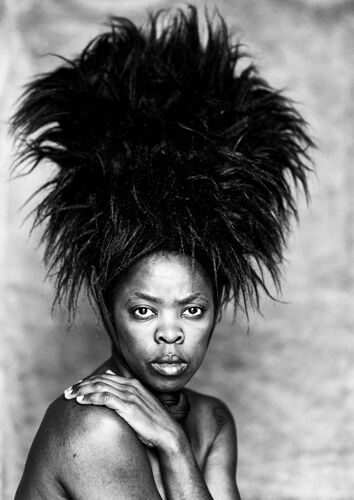 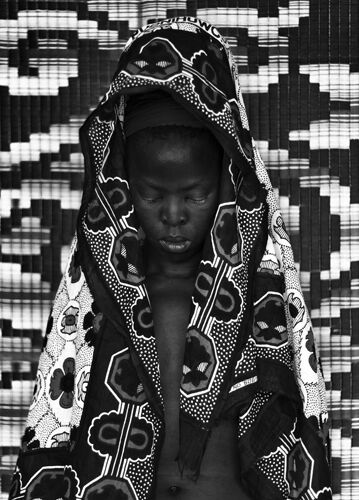 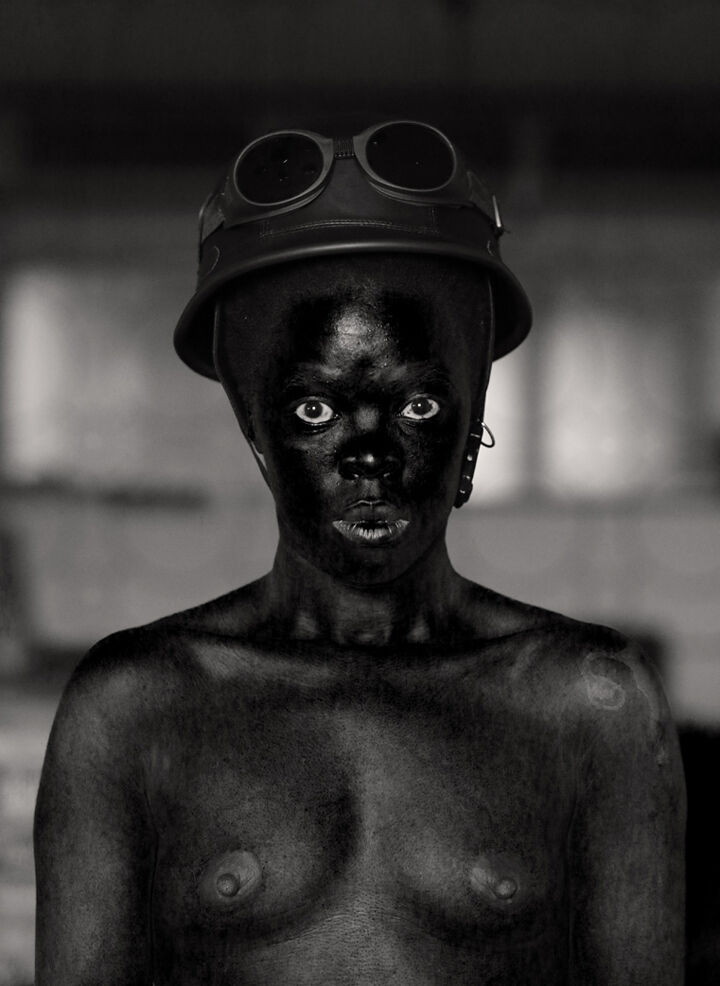 Zanele Muholi
Thulani II (Parktown), 2015
Yancey Richardson Gallery
Her self-portraits expand upon this central theme while adding a new layer of complexity to the work. There are photographs here of fierce presence: Muholi’s headdress enormous, her stare a command in Bester II, Paris, France (2014); or caked in soot, goggles blackened, eyes, miraculously, alight, as in Thulani II (Parktown) (2015). But these works have also allowed her to focus elsewhere, and the camera bears witness to astounding feats of intimacy. In Hlengiwe (Paris) (2014) she rests in profile, her look inward, her turbaned head like a bloom about to open. In the exquisite Thembitshe (Parktown) (2014), Muholi, who has processed some of these photographs to heighten their contrast, leans into the shadow and appears to brighten. These images, of the artist in contemplation, are like silhouettes coming into clarity. 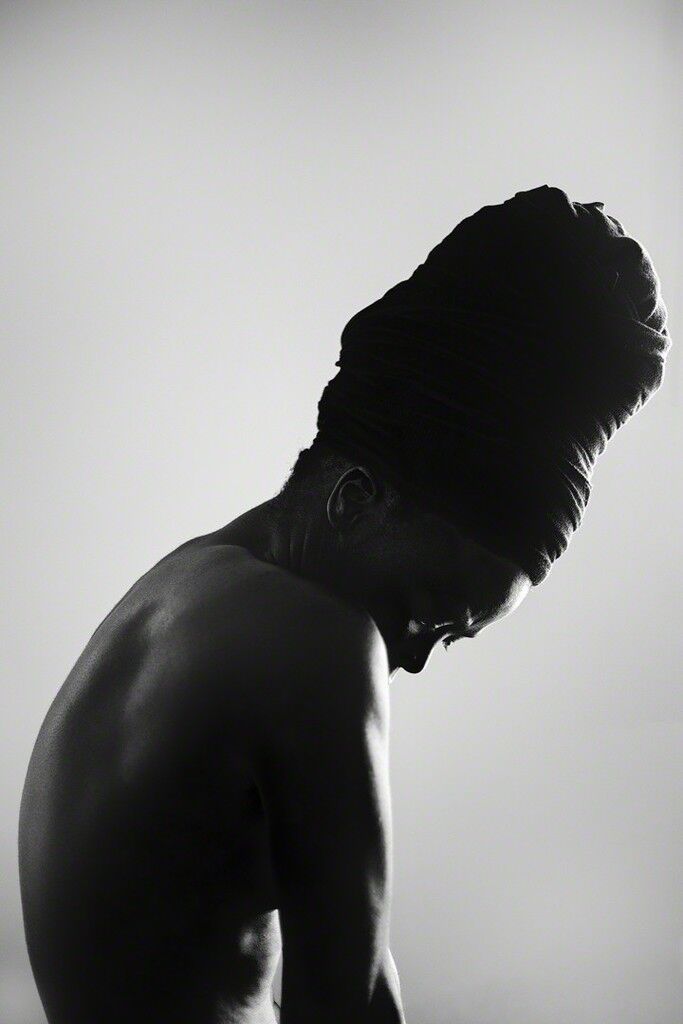 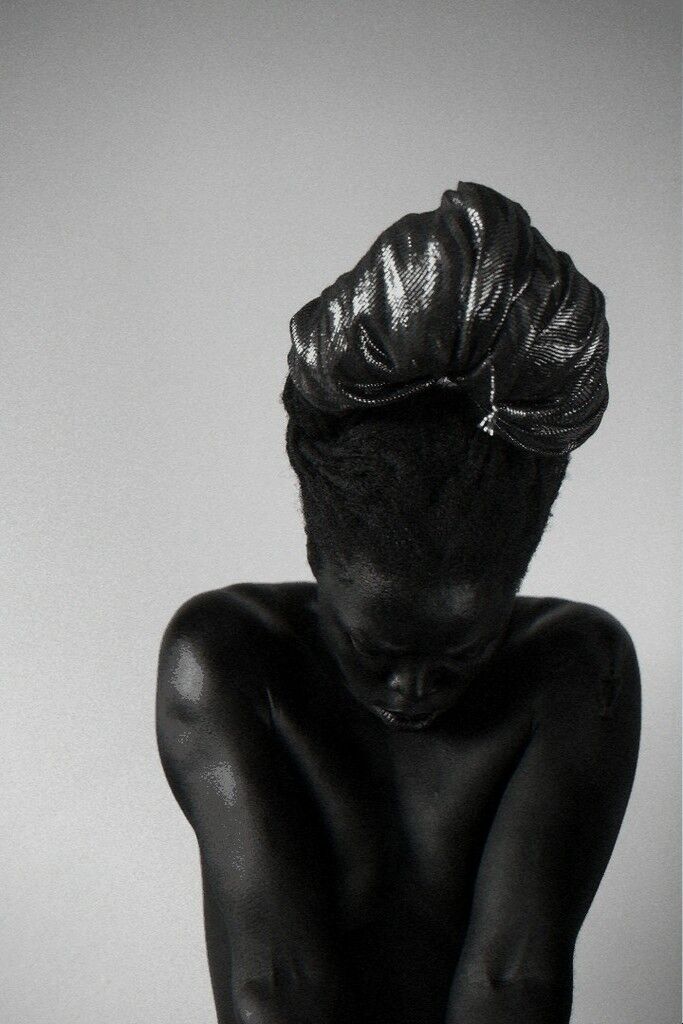 Zanele Muholi
Thembitshe (Parktown), 2014
Yancey Richardson Gallery
Advertisement
The portraits in this series are complicated further by place. They were taken all over: Muholi in Paris, Muholi in Oslo, Muholi in Charlottesville, Virginia. By turning the lens on herself during these expeditions, she retains her connection with her community of origin, her body of work, and her assailment of the “otherness” attached to it. Muholi still speaks for a community at risk; be it in galleries in New York, or on the lecture circuit in Europe, she seems to always be saying to her audience, “Listen up.”