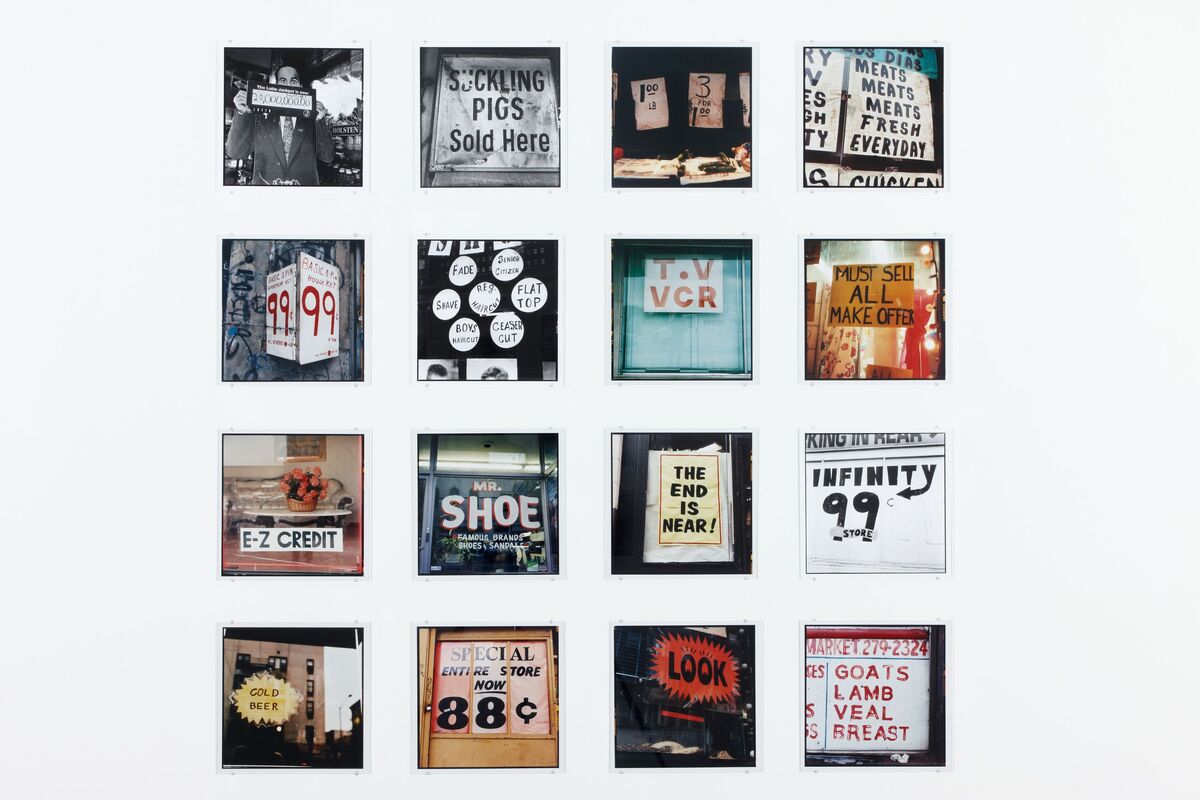 The artist
Zoe Leonard
hates lies. She especially despises the seductive falsehoods that keep current systems of inequality in place—that what you can’t see can’t hurt you, for example, or that America is “great.” In this way, Leonard’s work offers a 21st-century rejoinder to Niccolò Machiavelli, who once observed that an unjust ruler need only maintain a pleasing patina to get away with the worst crimes: “Most men judge more by their eyes than by their hands. For everyone is capable of seeing you, but few can touch you. Everyone can see what you appear to be, whereas few have direct experience of what you really are,” he wrote, in The Prince (1532).
Leonard works to bust free of such deceptions by “touching” the prejudices created by power structures, and not just looking at them. She achieves this miracle through her poetry, photographs, sculpture, collections, and installations, which find her striving toward direct experiences of what it means to be a human being.
Born and based in New York, and working in a variety of media since the 1970s, Leonard’s best-known art may be her 1992 poem “I Want a President,” repurposed as a monumental mural on New York’s High Line park in 2016. The work leverages her hunger for honesty into a scorching political aesthetic: “I want a dyke for president,” the missive reads. “I want a person with aids for president and I want a fag for vice president and I want someone with no health insurance and I want someone who grew up in a place where the earth is so saturated with toxic waste that they didn’t have a choice about getting leukemia.” 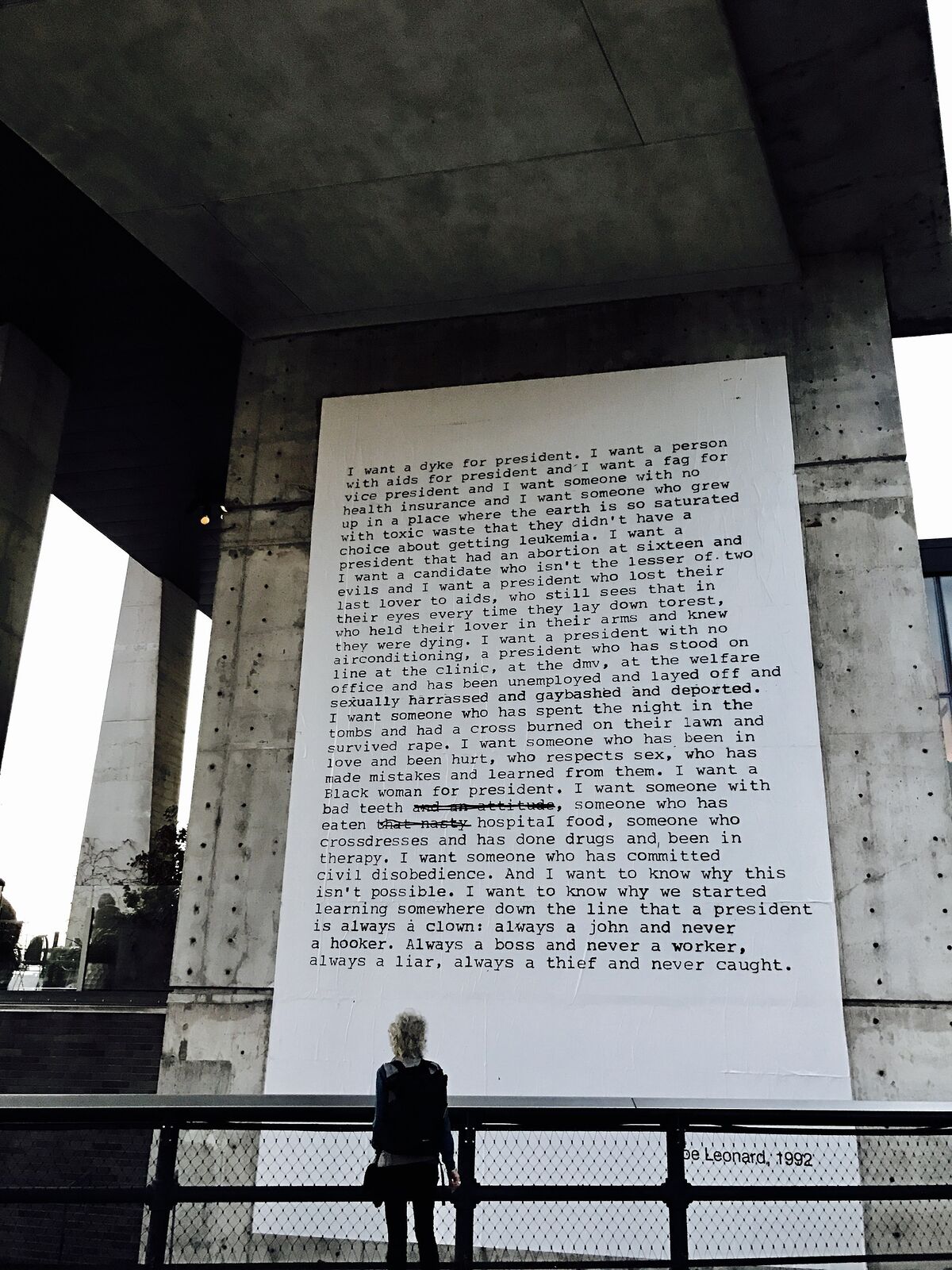 What does this mean? Clues to the revelations and revolutions that Leonard seeks may be traced in her oeuvre, which details the unspeakable and often non-negotiable facts of identity, life, death, suffering, and dying. On view currently in simultaneous exhibitions at Los Angeles’s Museum of Contemporary Art (the Geffen Contemporary) and Hauser & Wirth, Leonard’s work offers patrons the argument that the only ethical political system is so deeply bottom-up that it recognizes multiplicity and exploitation, and acknowledges the disorganizing experience of living in a mortal body.
MOCA Los Angeles’s exhibition, “Survey,” begins with Leonard’s early 1990s photographs of medical curiosities that the artist encountered in European galleries, and which communicate the hazards of being a woman or “different.” In Preserved Head of a Bearded Woman (Musée Orfila) (1991), Leonard shows the real decapitated head of a hirsute woman whose neck has been wrapped in lace and black velvet, displayed beneath a bell jar in a Parisian anatomy museum. Leonard does not gawk at this spectacle, but seeks to discover what stories the woman’s remains have to tell: “How did her body end up in the hands of the people who decapitated her?” Leonard mused to interviewer Anna Blume in 1997. “And how did she end up in a back shelf on top of a file cabinet in the Musée Orfila?”
Leonard continued her engagement with the trammeled, murdered, and muted with her excoriating mid-’90s work. During this period, she spent two years living in Alaska, and her photographs limned underlings’ struggles to survive. In 1994, she began taking black-and-white photographs of eggs tucked into grassy patches of wilderness (Nest nos. 1, 2, 5, and 10, 1994–97), and these intimations of frailty later blossomed into devastatingly forensic studies of animals butchered by hunters. Bear Head on Ground (1996–98) shows the face of a dead bear nestled in straw. It looks either like the head has been tossed to the floor, or as if the beast had been buried up to the neck, subjected to the medieval punishment of immurement. Dead Beaver in Water and Dead Duck in Boat (both 1997–98) also offer up the flat facts of what happens when mighty creatures predate upon the weak. 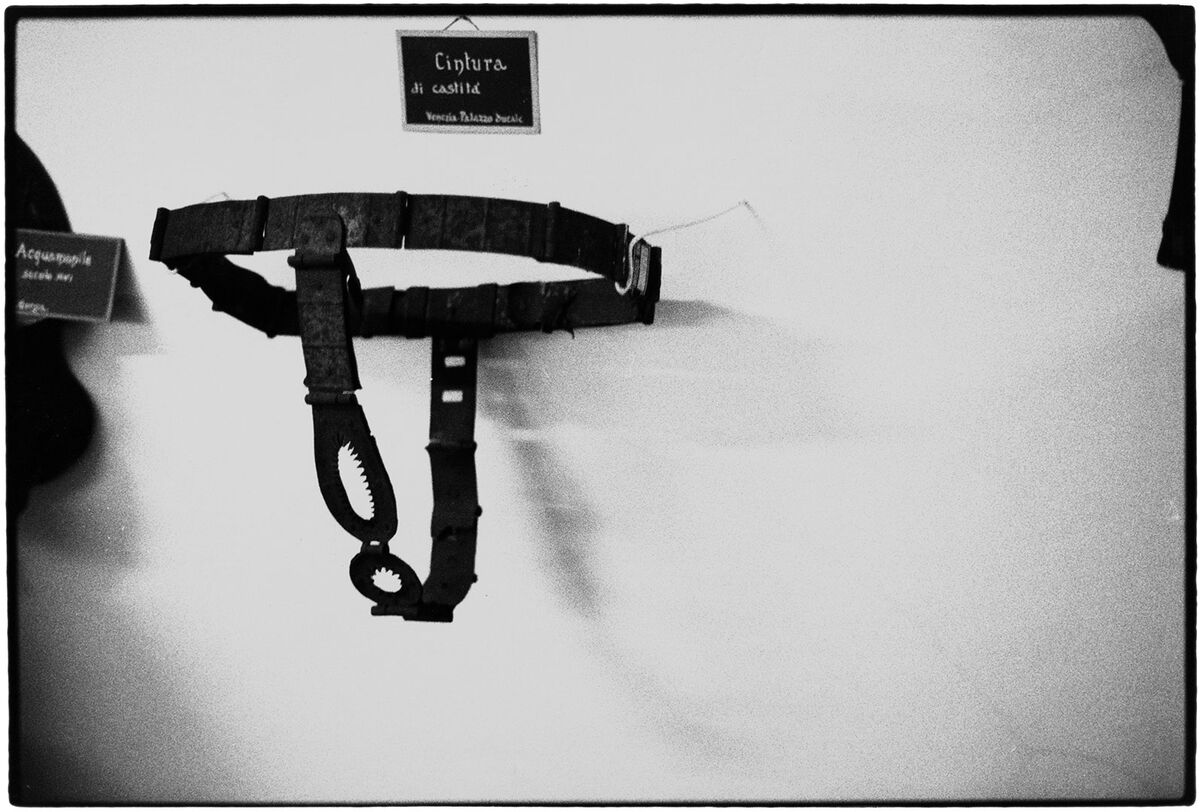 Advertisement
In Leonard’s work, even something as innocuous as a tree serves as a witness to the will to power. Leonard reveals them as prisoners fighting to break free from their incarcerations. A series of work from the 1990s and 2000s shows city trees’ roots bursting forth from sidewalks, or scarred and dying while trapped behind chain link fences. Similarly, the installation Tree (1997) occupies MOCA Los Angeles’s galleries like a giant Frankenstein’s monster: Once a living thing, Leonard’s tree has been broken into segments and stitched together with metal wires, bolts, and plates. The half-tree, half-thing stretches out its branches, propped up by rods that resemble hospital-issued walking sticks. 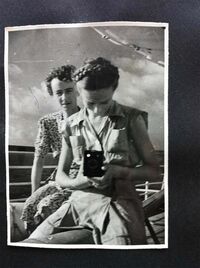 7 Images
View Slideshow
The museum’s curatorial team recognizes the stringency of Leonard’s vision, and in their hanging, they offer respite, as well as warning signs. On one of the walls hangs the spirit-lifting Roll #5, 6, 4 + 2 (2006/2016), which consists of contact sheets revealing birds flying through the clouds above industrial buildings. But then, in shots such as January 27, frame 8 (2012) and January 23, frame 8 (2011), we find black-and-white pictures of the sun, and remember that there are some things that we should not look at directly.
Leonard counsels us to forget that rule, and to keep our eyes open to the whole, harsh world. She conveys this advice in her delicate re-photographing of her own family’s candid snapshots, taken from the 1930s through ’50s. In this suite, we discern Leonard’s relatives sailing to America from London and Warsaw in the 1940s and looking over ship rails toward the Statue of Liberty. Glare intrudes on some of the photographs; Leonard reproduces others with minute variations on the original cropping, as if meditating on the vagaries of memory. In today’s climate of migrant-hate and the rise of white-supremacist ideology, it’s not difficult to tack a through line from the bearded lady to the bear, the sun, and the stateless people who managed to survive the flight from Warsaw to Ellis Island. 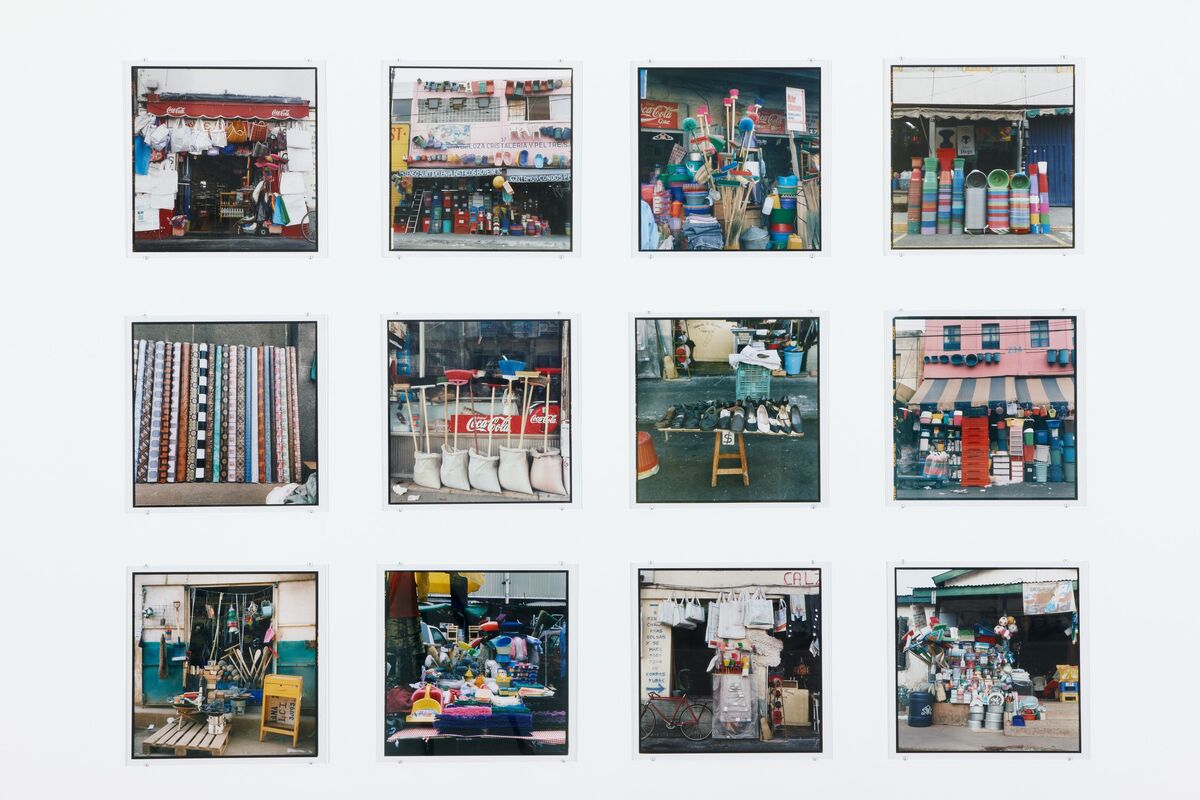 In her panoramic and epic series “Analogue,” a group of 412 photographs now on view at Hauser & Wirth, Leonard translates her themes of otherness, visibility, and fact-facing into political economics. Leonard began taking pictures of shuttered and cluttered storefronts in the Lower East Side in the late 1990s, at first with the aim of documenting material culture imperiled by gentrification. The New York images show closed-up shops whose brands promise better days—“New Images/Unisex,”reads one, while another displays a sign offering “True Desires for Beauty.”Later, Leonard traveled with assistants to the Middle East, Africa, Eastern Europe, Cuba, and Mexico, and shot storefronts there. In the process of documenting small-scale, international retail, Leonard began to reveal the hidden tales of the global economy, where cheap goods are flashily vended in New York, then repackaged in bulk and sold to Yugoslavs or Mexicans, winding up patched and flogged at flea markets in Uganda or Cuba (one of the photographs shows a battered red rotary phone placed close to a bootleg Batman video).

5 Images
View Slideshow
The “Analogue” images prove less emotionally destabilizing than Head of a Dead Bear or Misia, but Leonard’s message remains the same: She wants a queer woman and a person with leukemia for president because they have learned about the world through the hard experience of having contact with it, rather than only observing it from a safe perch. They know what pain feels like, and also how power roams and whom and how it harms. A political system built on willful blindness and the deceits of exceptionalism may keep princes in the seat of power, but, as Leonard’s work teaches us, it can’t tell the truths that we have to confront in order to create real and lasting change.
Yxta Maya Murray
Related Stories