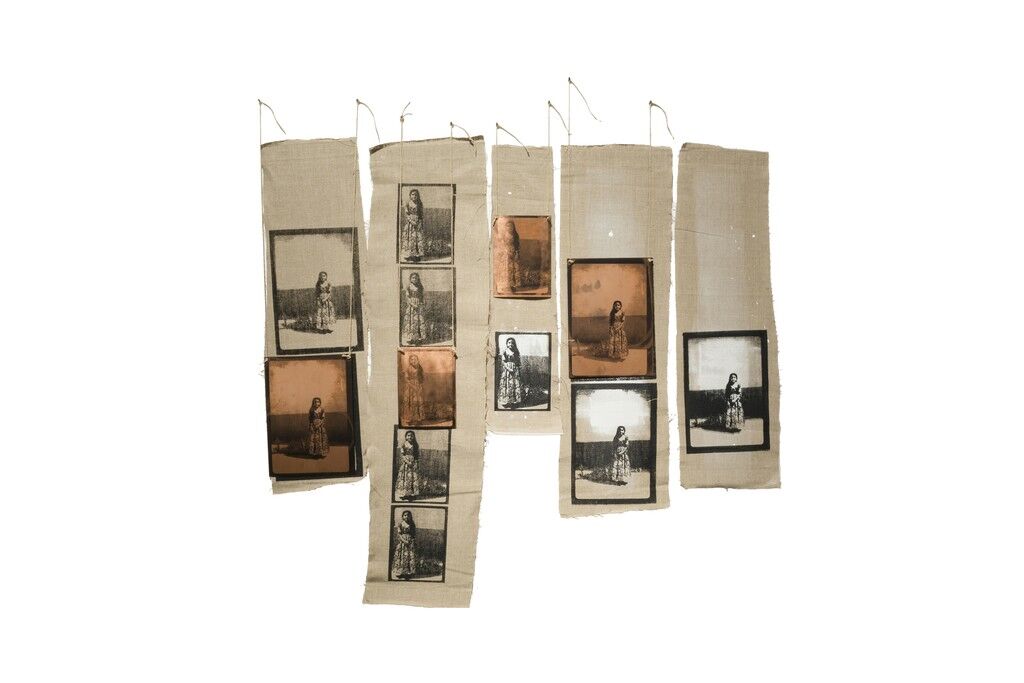 When Manal AlDowayan was twelve years old, her father gave her a box of old Kodachrome slides. Apart from basic information—like the fact that he’d snapped the images in his native Saudi Arabia and during his university years in the US, between 1962 and 1973—he shared no details or context. 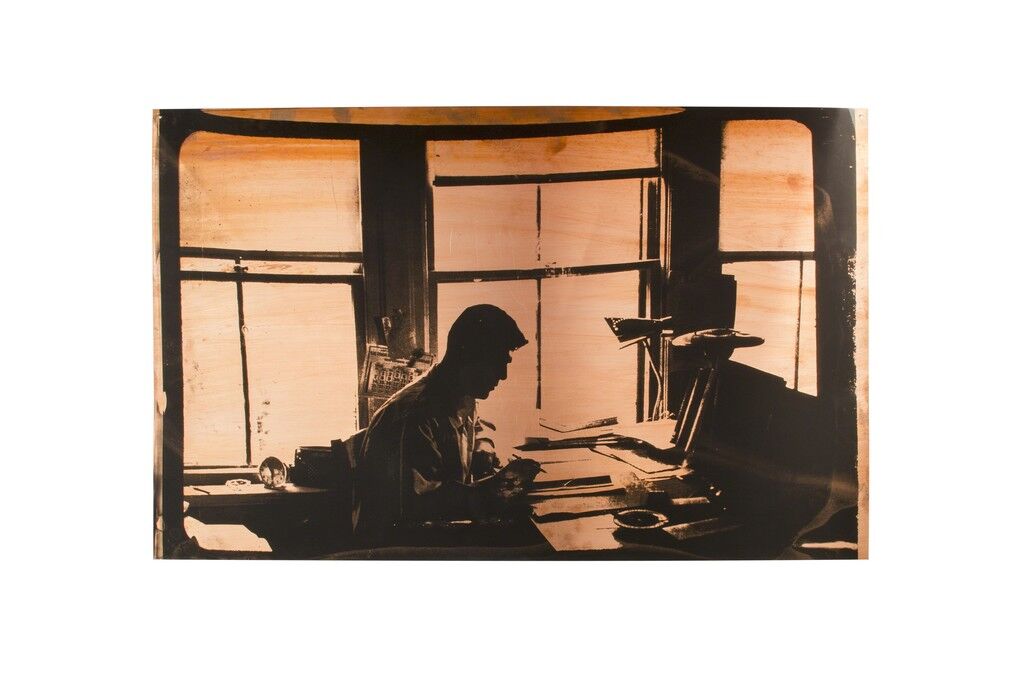 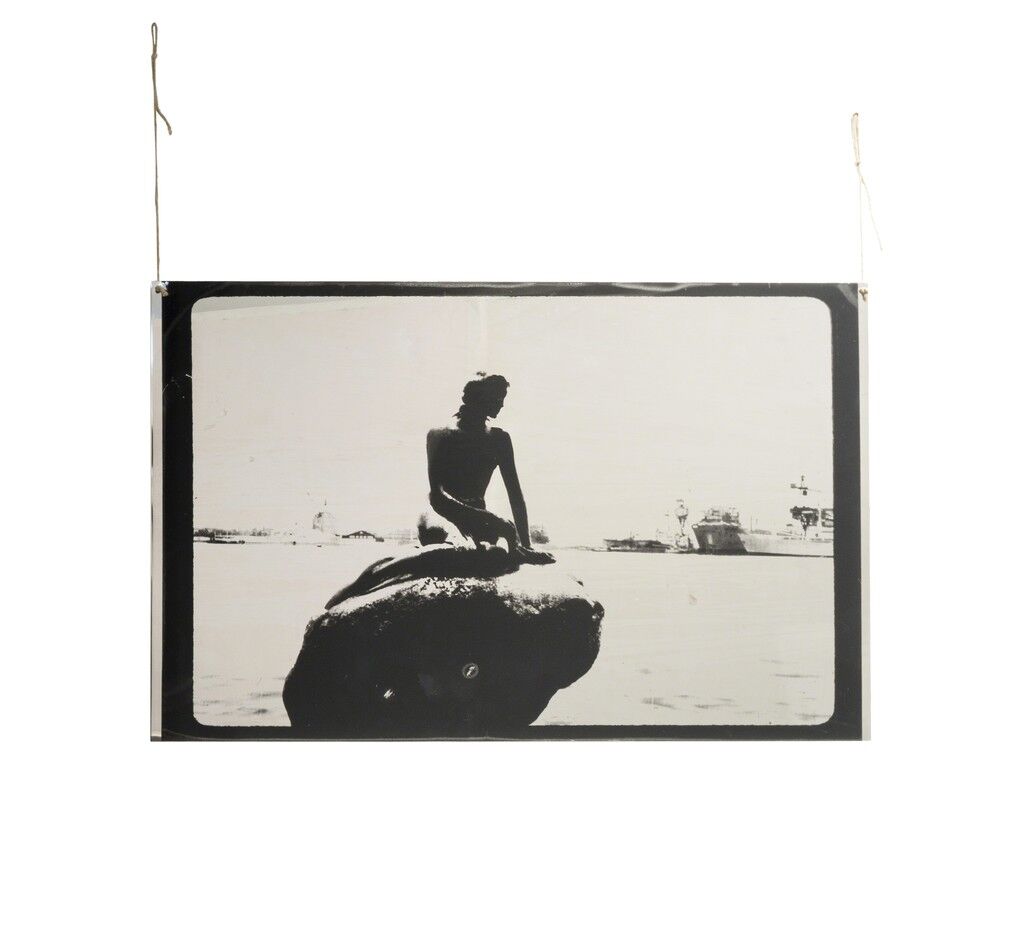 At first, AlDowayan simply enjoyed looking at the slides and playing with them: she didn’t think much about the personal history the photographs revealed. It wasn’t until many years later, in 2015, when she took the slide collection to an art residency at the Robert Rauschenberg Foundation in Florida, that she began considering the images in a more serious way.

By that time, her father was gone, having passed away after a long battle with Alzheimer’s. He had never told her about the people and places in the pictures, and she hadn’t asked. So began the investigative and creative process that led to “And I, Will I Forget?”, AlDowayan’s new body of work. The basis for the series, now on view at Sabrina Amrani in Madrid, are the same images she played with as a child—her father’s slide photographs, printed or silkscreened on copper and canvas for the first time. 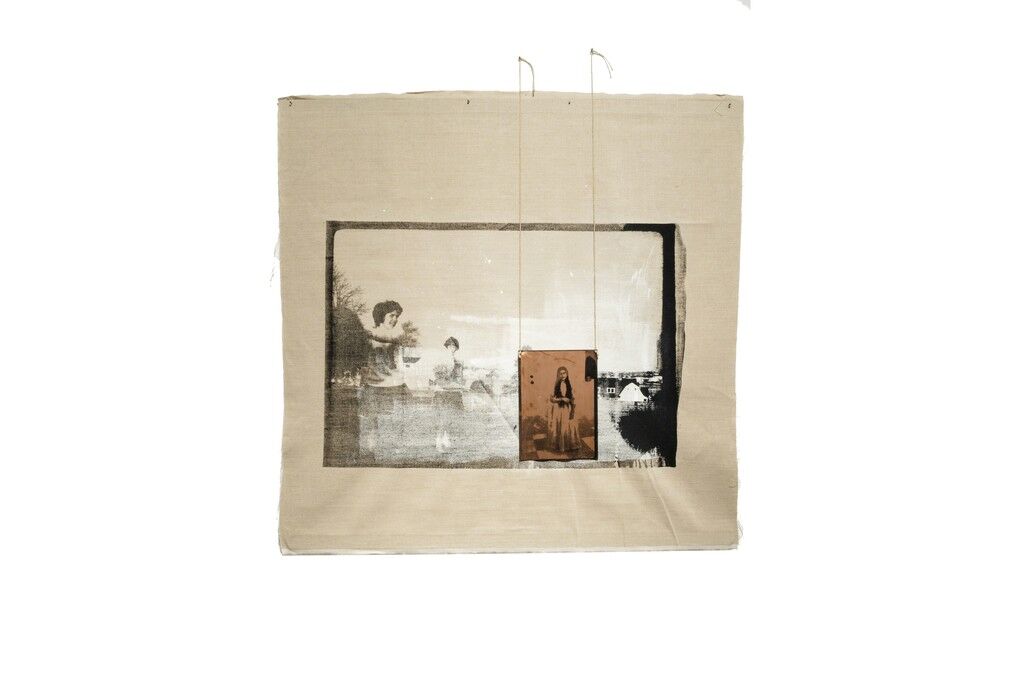 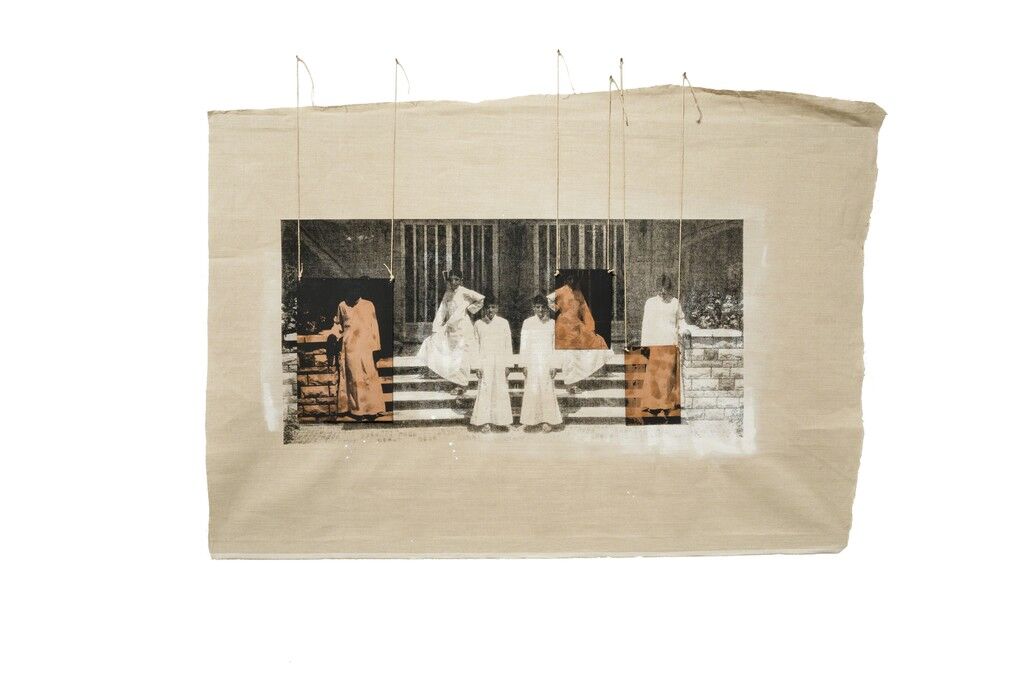 The images are mysterious in some respects. But there were some assumptions that AlDowayan could safely make about the scenes her father captured, based on her knowledge of his life story. As a young man, her father had left home for studies in the US. “I felt that he took these images to show his family and friends back home what America was like, and to show his friends and classmates in the US what his hometown was like,” the artist said.

There were other key events that occurred in those years, in the the decade leading up to the artist’s birth in 1973, that are hinted at in the original slide collection—the artist’s father also got married, honeymooned, and became a parent.

But perhaps more important than those milestones, or any specific chronology, is the subtler character portrait that the photos reveal. Many of the images were taken on beaches or by swimming pools, for instance. That fondness for water, AlDowayan guesses, reflects her father’s nostalgia for his childhood—he grew up near the shoreline of the Arabian Gulf. The fact that he took so many photos in the first place, amassing a large collection that he never printed or looked at again, suggests to AlDowayan that he was often alone—that he was using the camera to document a largely solitary experience. 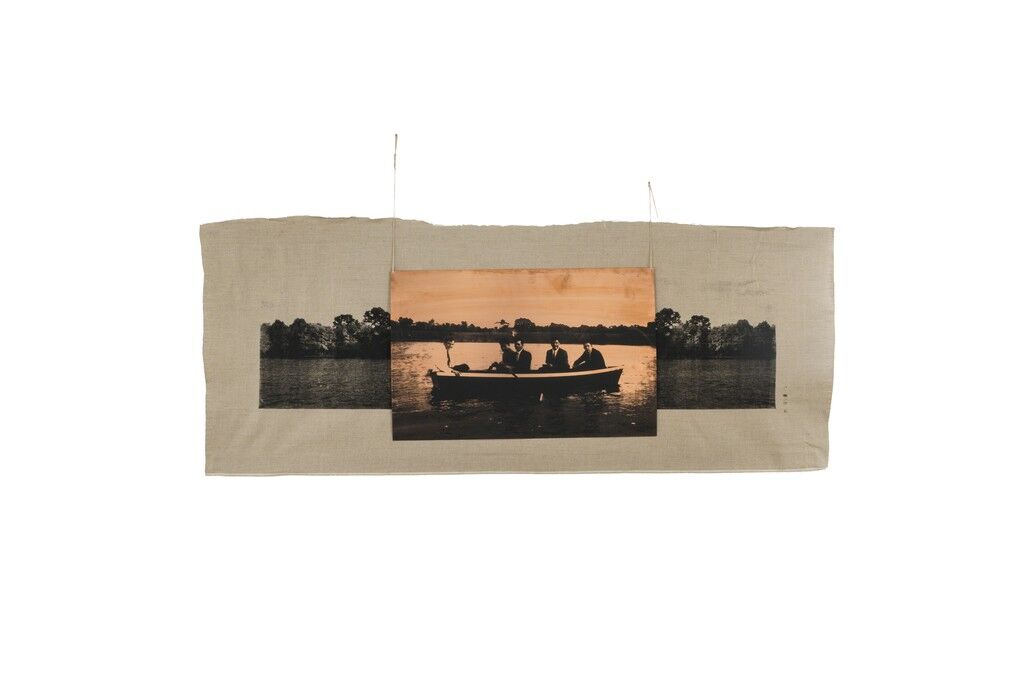 Ties in the Boat on the Lake, 2015. Sabrina Amrani 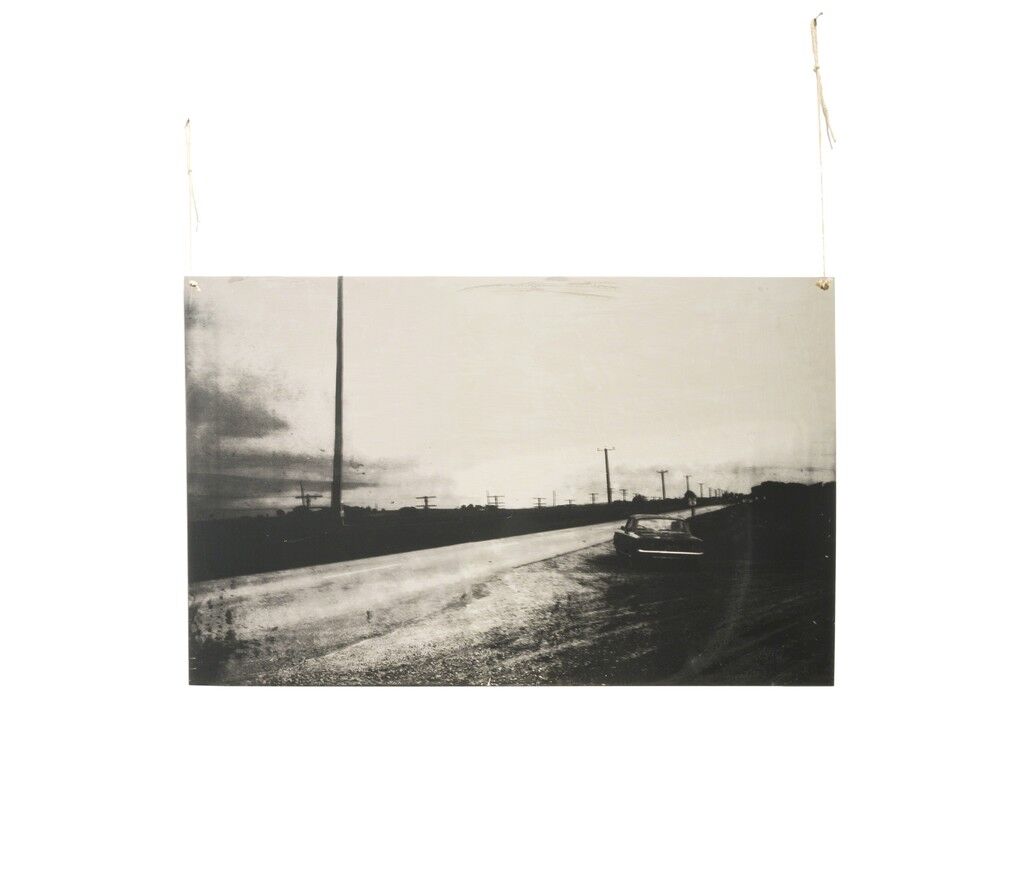 Questions remain that will never be answered: who are the women in mixed media piece The Cheerleaders (2015)? Who’s the young man seated with pen and paper in the quiet portrait entitled The Desk I, (2015)? Were these subjects the photographer’s friends, or strangers he encountered on his journey?

AlDowayan doesn’t know. But her latest project isn’t only a retelling of her father’s story—it’s an investigation of larger themes like migration, separation, and coming of age. It’s no coincidence that AlDowayan first started working on the series during her own experience in the US. Nor is it surprising that the project has awakened a new set of fears within her.

“I have a fear of forgetting; I have a fear of being forgotten,” she’s said. “To obscure, to delete, to sensor, to erase, and to forget a war is waged on memory! What remains when this war is lost?... And I, will I forget?”