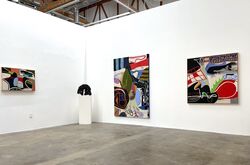 Artsy
Dec 10, 2015 4:00pm
The Peninsula Shanghai made numerous headlines when it opened in 2009: the New York Times called it “one of the best hotels in China.” But the New York-born sculptor Ira Reines has more of a personal connection to the place. 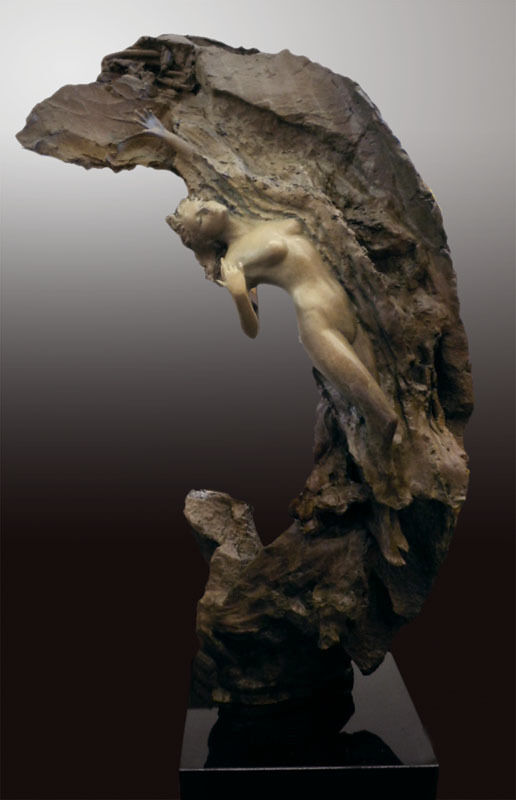 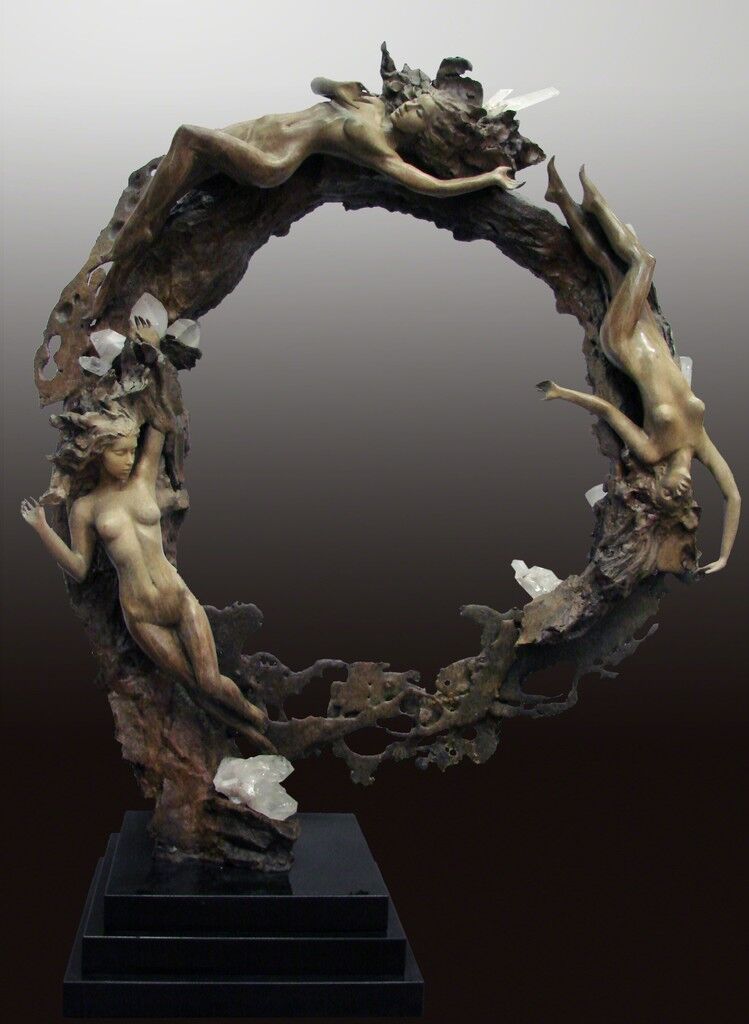 Ira ReinesNebulae Creation , 2015. Galerie Simard Bilodeau
Both the hotel and the artist have drawn from the same source of creative inspiration. Reines, known for his exquisite bronze and Lucite sculptures of human forms—some of which are included in the permanent collections at the Met and the Smithsonian—names the French artist Erté (1892-1990, a.k.a. Romain de Tirtoff) as his creative mentor. Erté was widely considered “the Father of Art Deco,” the artistic period which provided inspiration for the designers of the Peninsula. The hotel is located on the Bund, a waterfront district that was at the height of its glamour in the 1920s and 1930s. The aesthetic of the hotel is Art Deco with a modern twist. It’s only fitting that Reines’ newest work is a site-specific installation, for the Peninsula Shanghai’s 14th-floor gallery space, Galerie Simard Bilodeau’s newest outpost. 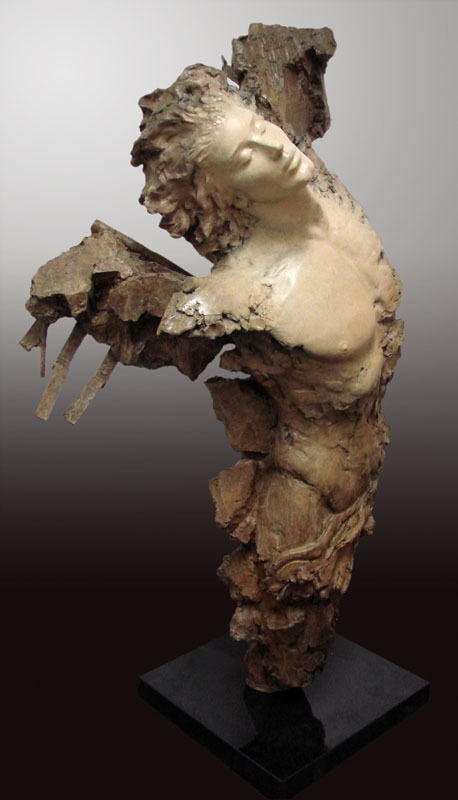 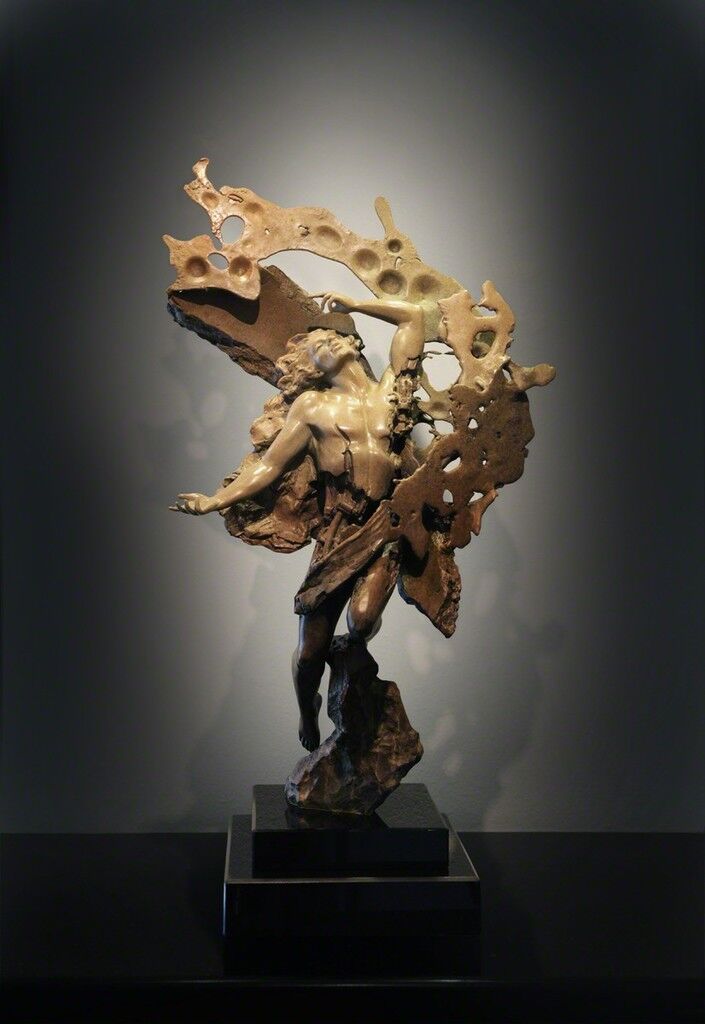 Ira ReinesPrometheun. Galerie Simard Bilodeau
The massive sculpture, entitled The Three Graces (2015), features a trio of figures symbolizing Faith, Hope and Charity. Many of the artist’s smaller works are also on display, including delicate bronze pieces like Illuminelle (2015), which features a single human form and has an earthy, unfinished look, as well as works like Nebulae Creation (2015), with three graceful figures connected in a circular cycle.
It could be easy to confuse these with bronze pieces by the Vietnamese sculptor Nguyen Tuan, also on view. As with Reines’ works, Nguyen’s sculptures evoke the beauty of classical sculpture, focusing on graceful female nudes. But take a closer look at the figures’ positions and expressions to appreciate Nguyen’s particular skill: he is known for using classical sculptural techniques to address traditional Eastern philosophy. 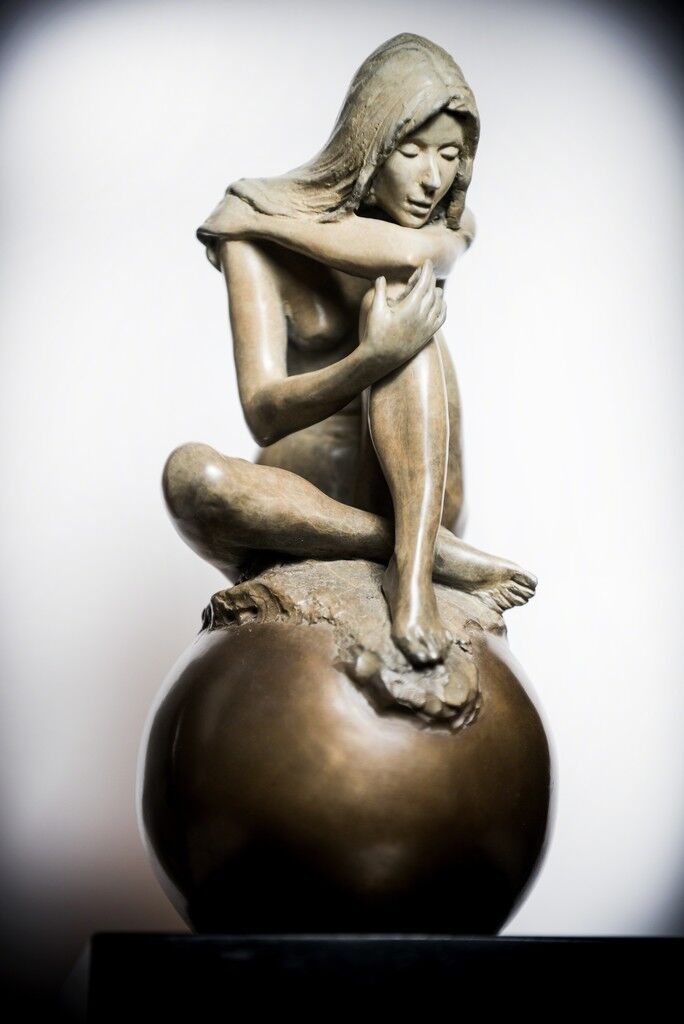 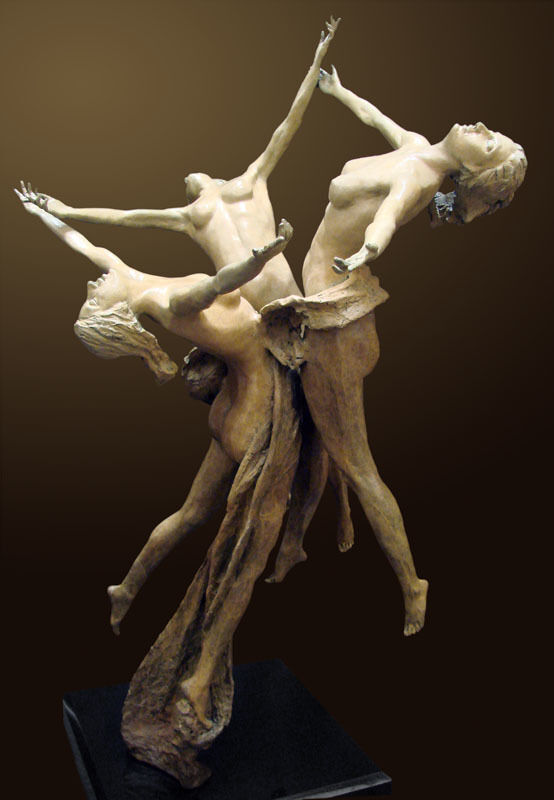 Nguyen TuanUnity. Galerie Simard Bilodeau
A handful of other artists round out the exhibition. Many share the same themes as the sculptors, choosing ethereal feminine figures as their subjects, including C. Bennett’s mixed media on wood panel pieces, and oil paintings by Fidel Garcia. Reines is the headliner, however, and it’s the second time he’s shown work at the Peninsula: in 2014, the hotel hosted another exhibition featuring works by Reines and Mary Louise Snowden. In the current installation, Reines’ works again take center stage for a six-month exhibition at the hotel. For viewers with an eye for Art Deco, it’s not difficult to draw a parallel between the hotel’s elegant design and the artist’s works; it’s a partnership that’s likely to continue evolving.
—Bridget Gleeson
“Fine Sculpture Art Exhibition at The Peninsula Shanghai,” is on view at Galerie Simard Bilodeau, The Peninsula, Shanghai, Oct. 31, 2015–Apr. 30, 2016.
Follow Galerie Simard Bilodeau on Artsy.
Share
../../../components/articles_grid/view.coffee