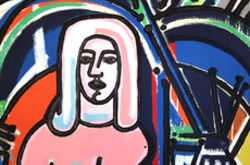 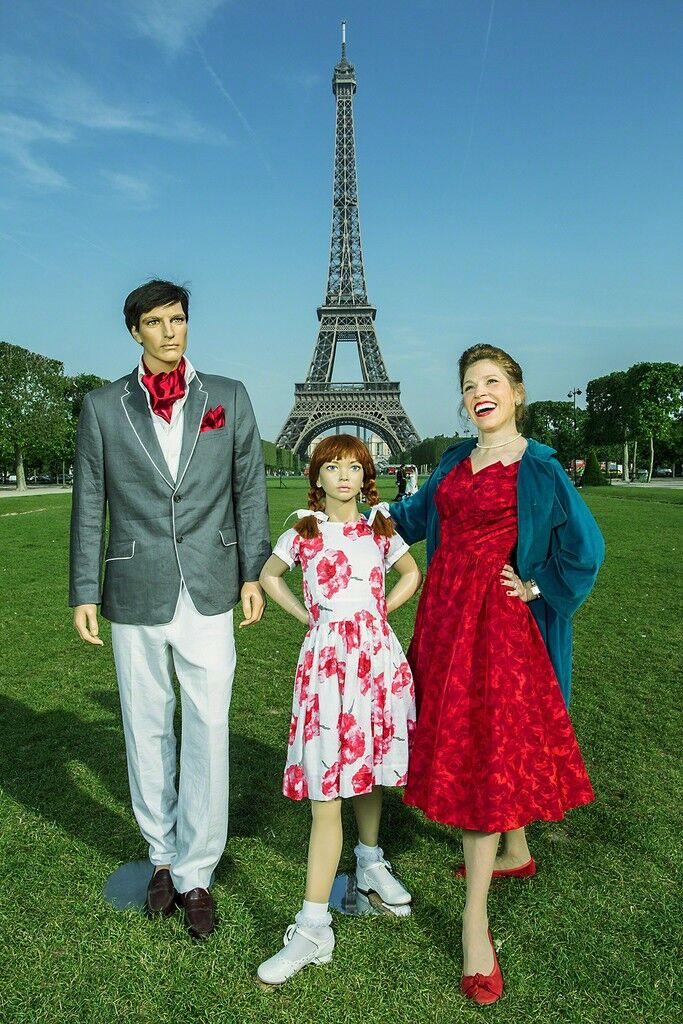 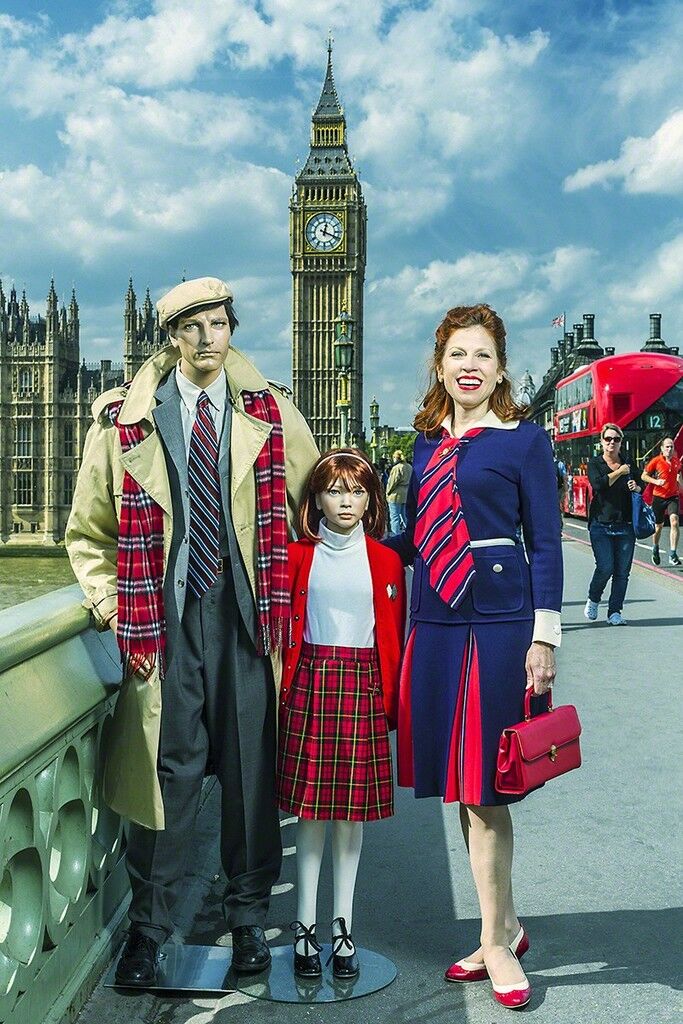 For the past 15 years, Suzanne Heintz has been carting her unconventional family around the world, posing with husband and daughter under the Christmas tree, in front of the Eiffel Tower, and next to Big Ben. The photos that result aren’t so dissimilar from those that populate the mantels and holiday cards of many an American family. Upon closer glance, though, a stark distinction comes to the fore that transforms the images from innocuous, everyday snapshots into piercing, playful satire. Heintz’s husband and daughter, it turns out, are mannequins. Large-scale, candy-colored photos of the three, in all their plasticine glory, currently make up the inaugural show, titled “Playing House,” of Joanne Artman Gallery’s first New York space.

Heintz is a conceptual photographer whose long-term project mingles art and life with bold aplomb. The series was born when Heintz’s patience with questions like “why aren’t you married?” wore thin. Soon after, she quite literally bought a family (at a retail liquidation store, no less), and turned her frustration into a serial artwork that probes 21st century expectations surrounding the traditional family, especially as related to role of women within it—and, perhaps more poignantly, without it. 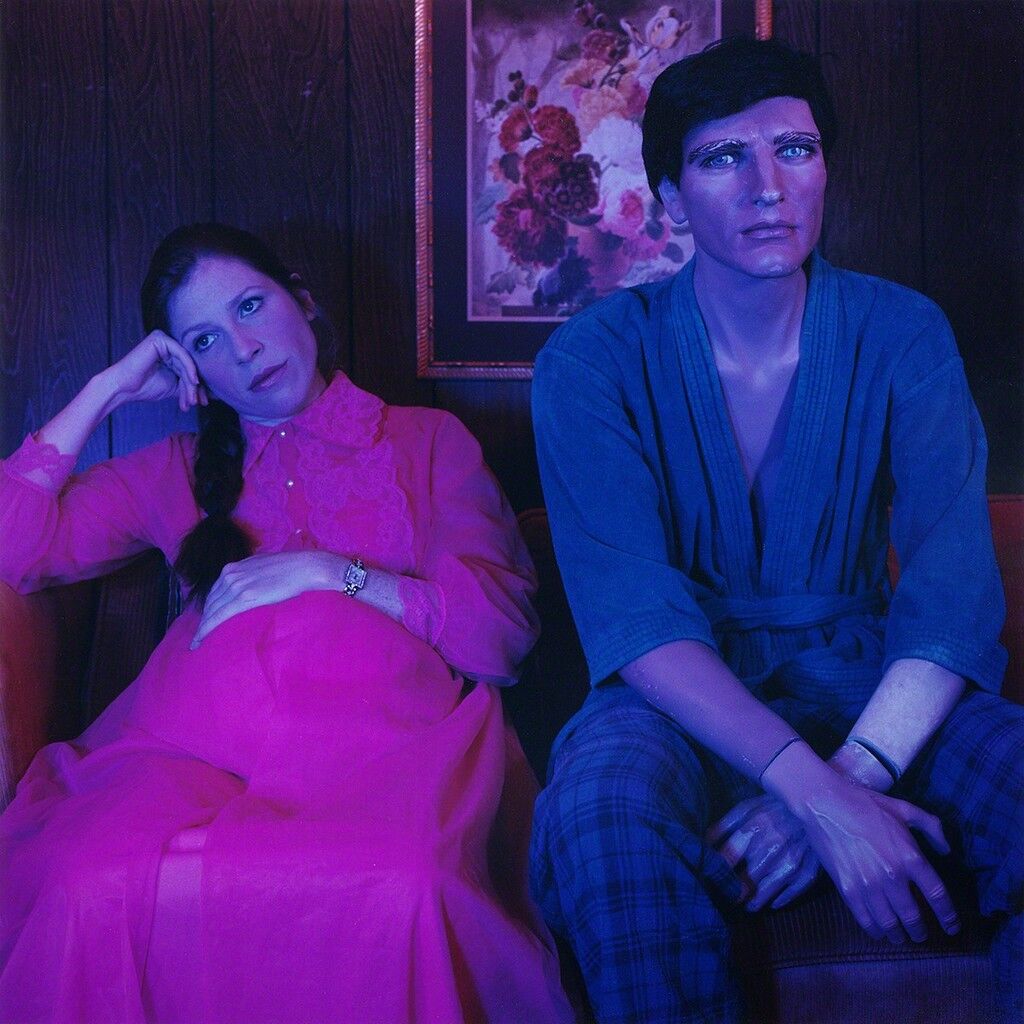 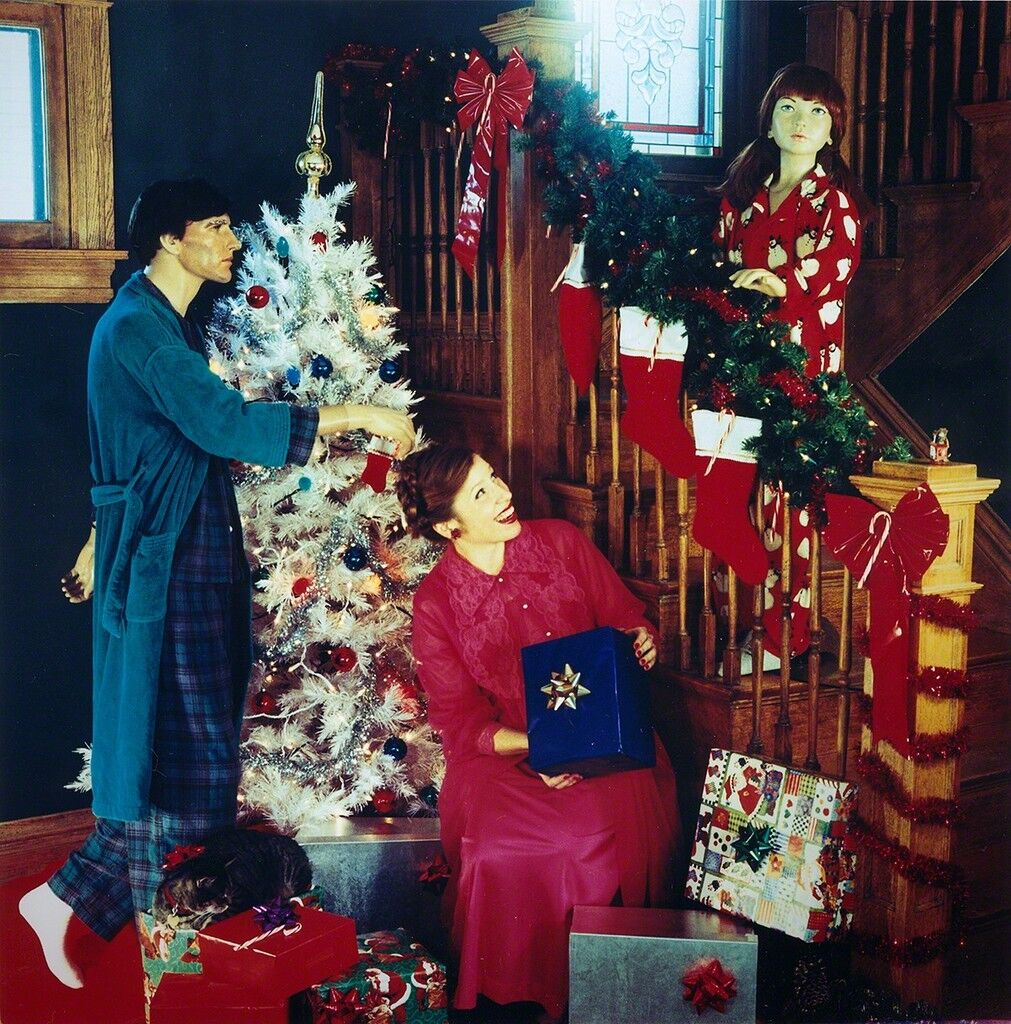 The works on view at Joanne Artman Gallery’s intimate Chelsea space track the movements of Heintz’s family from 2000 through 2015. Early images represent domestic scenes—the threesome poised to open presents on Christmas morning, or Heintz and her husband lounging on the couch, illuminated by the blue glow of Monday night football. More recent iterations see the family exploring public spaces, from a field of sunflowers to an ornate banquet hall to the streets of Paris. Across almost all of the images, Heintz smiles saccharinely, or pulls dramatic expressions, while her kin remain unnervingly deadpan. This distinction serves as an acute reminder of the dual nature of “kodak moments.” On one hand, they record family history; on the other, they uphold an unrealistic facade of uninterrupted domestic bliss.

Heinz’s recent shift from private into public environments underlines her interest in surfacing these topics beyond the hallowed walls of art galleries or museums. To create the staged, cinematic scenes in Notre Dame (2013) or The Aisle (2014), Heintz brought her family, a kit of camera equipment, and, in the case of The Aisle, a large crew, an elaborate set, and a bevy of actors and mannequins, into high-traffic areas. In this way, her project was exposed not only to those who would later visit Joanne Artman, but also to many passersby, their curiosity peaked by the unlikely union between woman and doll. 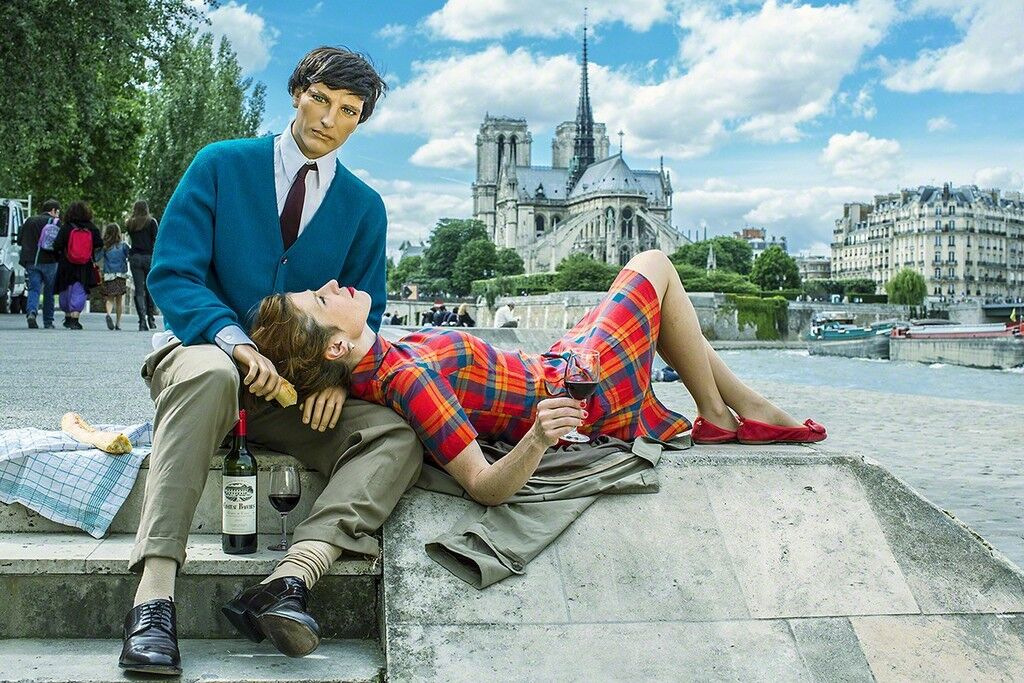 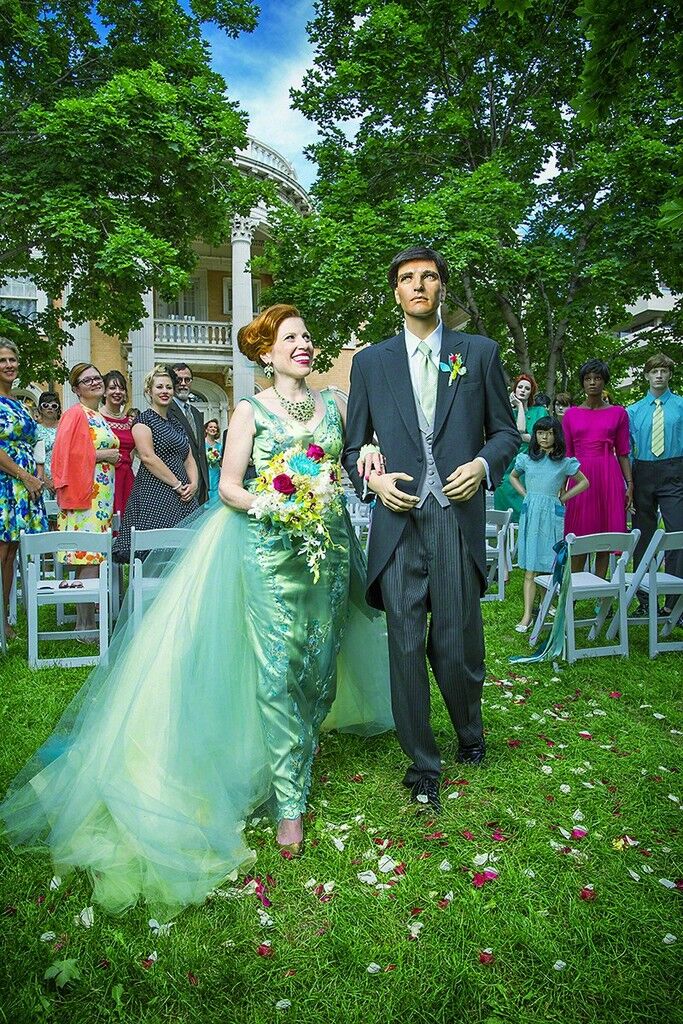 Heintz, bursting with energy and charisma, is quick to explain the underpinnings of her project to those who cross her path—and to remind them that while the women’s liberation movement of the ’70s is several decades behind us, there are still limiting cultural expectations to tackle.