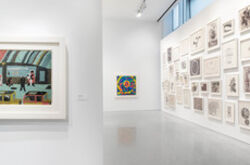 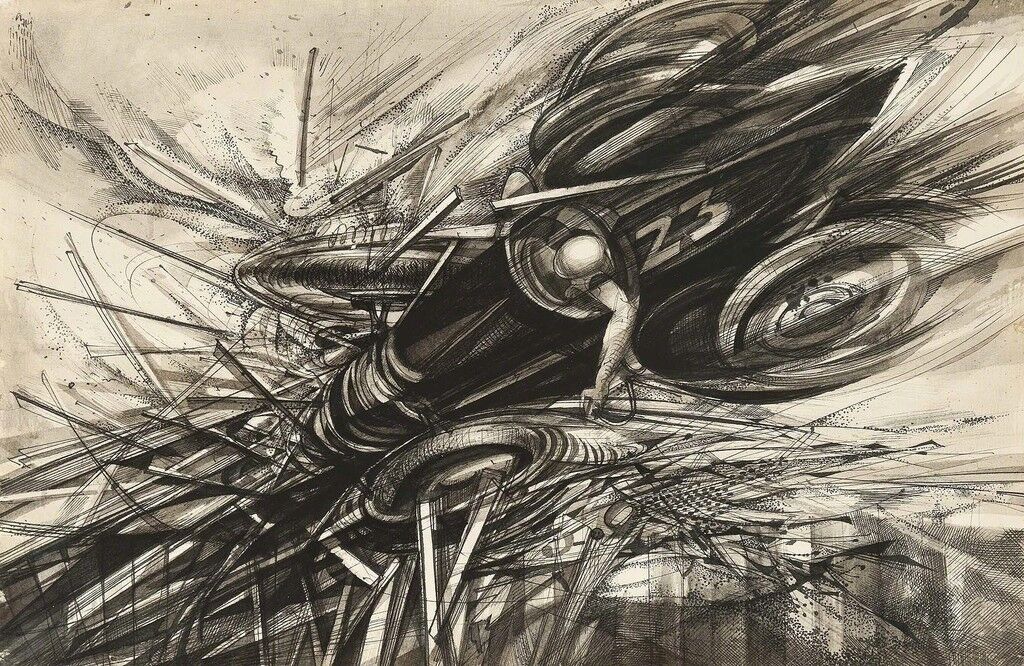 Though widely remembered as an energetic and prolific sculptor, Theodore Roszak (1907–1981) worked in a number of mediums throughout his long career. Despite contemporary pressures to practice and master a single craft, the Polish-American artist eschewed such linear narratives, treating his drawings with as much care as the wall-mounted industrial works that would make him famous. In New York, over 60 of those drawings are now on display at Michael Rosenfeld Gallery, who worked closely with the artist’s estate as well as his daughter, Sara Roszak, to curate a wide selection of his artworks spanning more than 50 years. 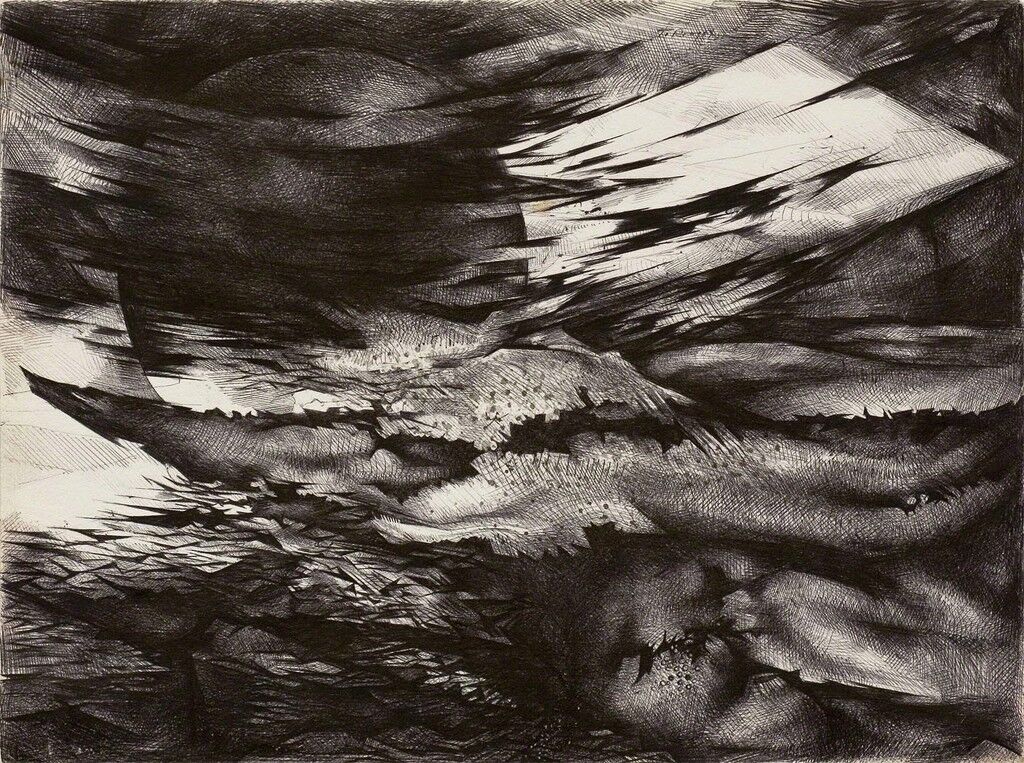 During that time, between 1928 and 1980, Roszak dipped into some of the century’s most important artistic movements as he wrestled with ideologies that came to define modern America. Roszak might be considered a historian’s artist: In his lifetime, he was influenced by (and, later, selectively rejected) the Bauhaus principles of hyper-functional, industrial architecture, which were being imported from Europe to the United States in the early stages of his career. 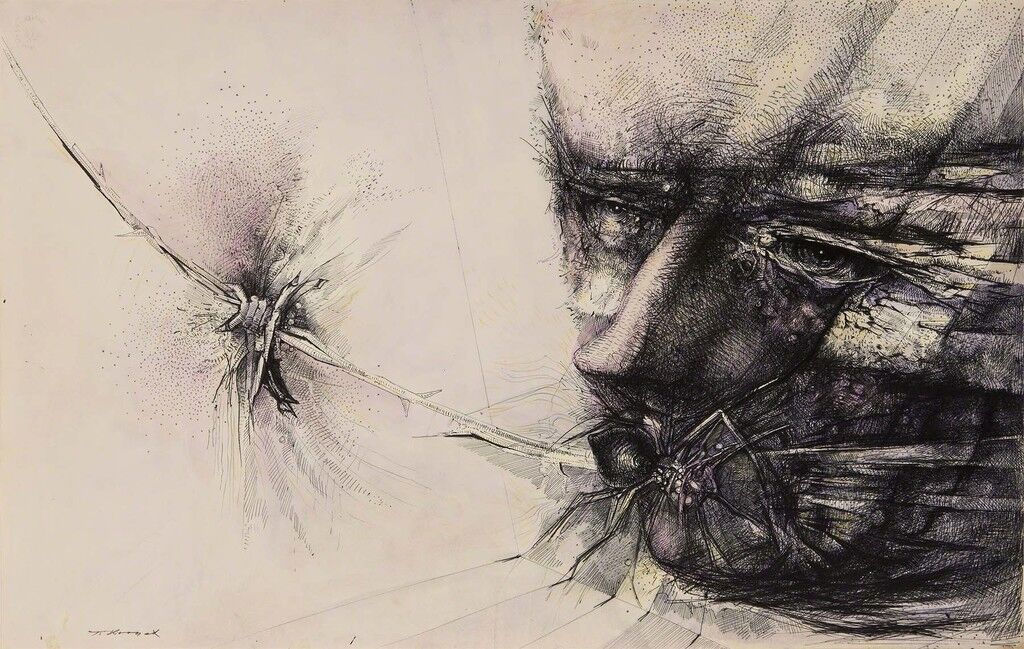 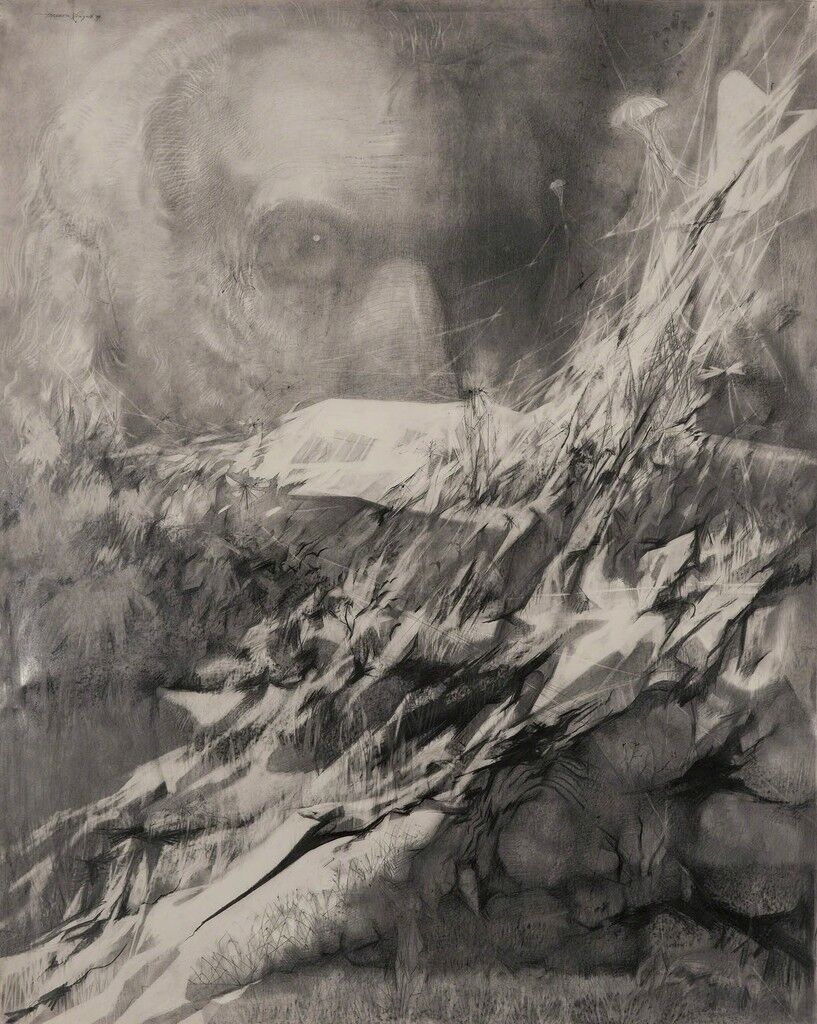 Due to his intellectual obsessions and the breadth of his technical knowledge, Roszak’s artistic development moved in parallel with major upheavals in the Western world, both of the social and technological kind. During World War II, he designed aircraft and taught mechanics, a practice that put him in close proximity to the realities of war and inspired his dark, moody works. For a period, he studied theories of psychoanalysis posited by Sigmund Freud, Carl Jung, and Otto Rank, thinkers who helped shape the modern understanding of the psyche. 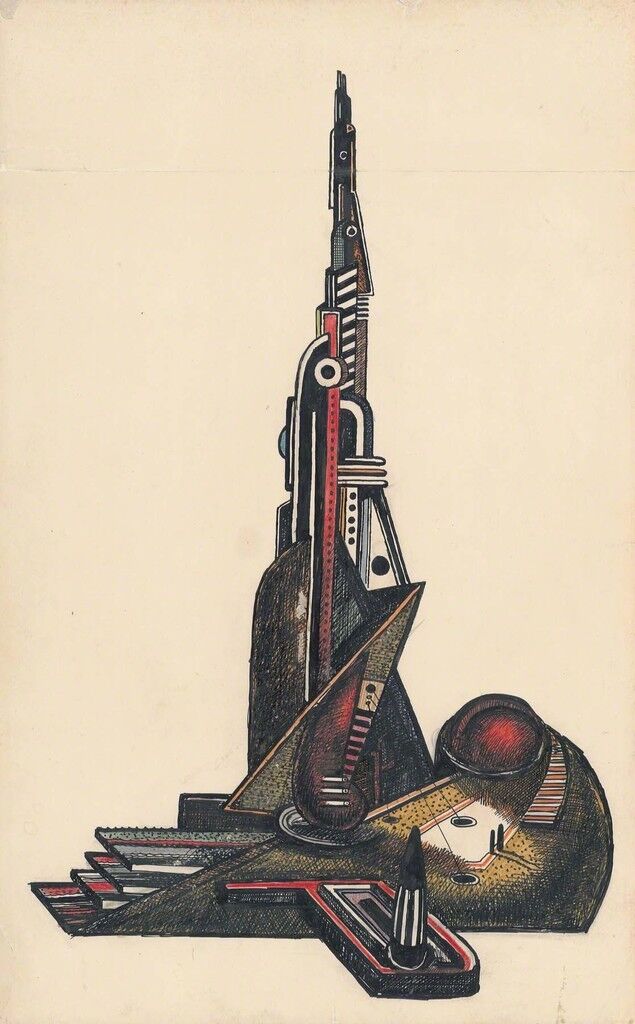 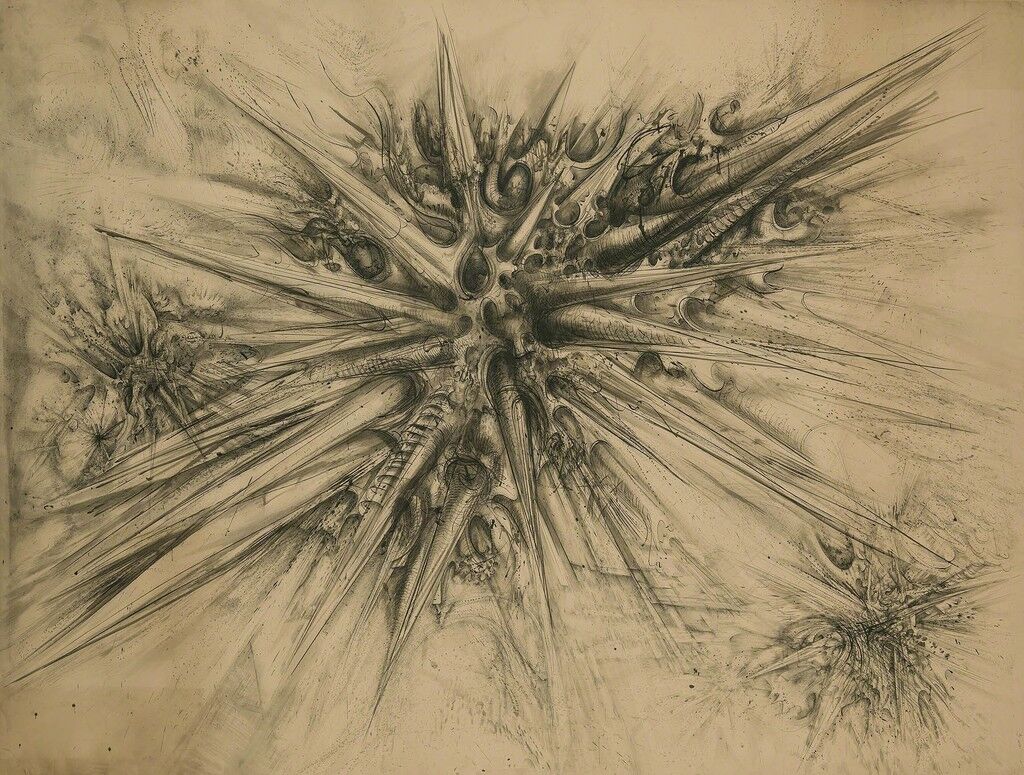 In “Propulsive Transfiguration,” an untitled work from 1932 depicts what might be a towering skyscraper, a construction that recalls Kandinsky’s geometric abstractions. Elsewhere, machine-like amalgamations of the 1940s and ’50s buzz with Atomic Age anxiety. And a smudged, gentle work from 1980—only a year before the artist’s death—shows a fascination with organic and natural shapes. Intriguingly, it’s just as easy to trace the course of Roszak’s historically charged influences in these drawings as it is in his impressively diverse, more famous sculptural works.