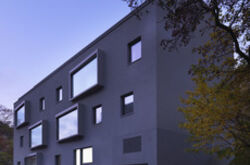 With Pilsner Urquell and Pesticides, Andrej Dubravsky Exposes the Dark Side of Country Living 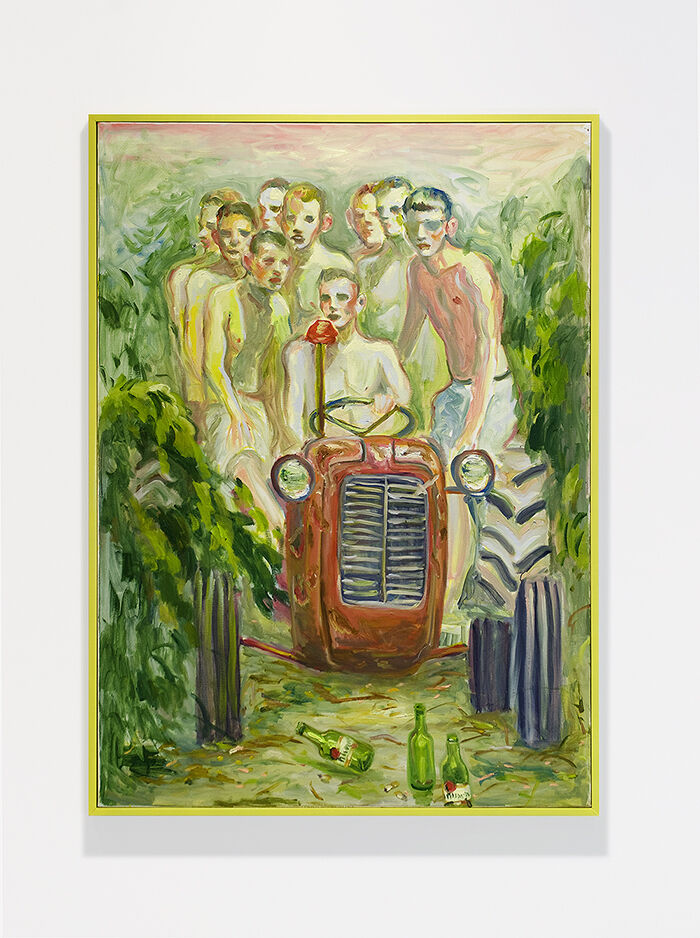 For the past few years, Andrej Dubravsky has divided his time between New York City and the Slovakian countryside, where the contrast between urban and rural, and the stereotypes and clichés associated with each, offered fresh inspiration. This month, as part of their booth at viennacontemporary 2016, Dittrich & Schlechtriem unveils several of Dubravsky’s lush, erotically charged oil works. We caught up with the Slovakian artist to hear about painting with pesticide, subverting classical ideas of beauty, and the artistic expression of social realism. 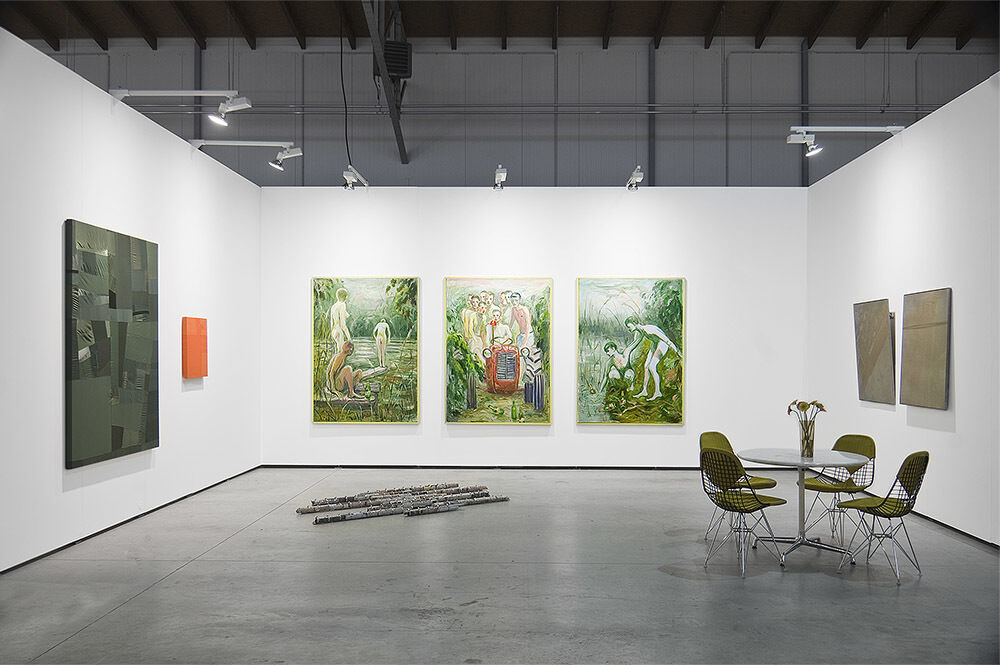 Artsy: At this year’s viennacontemporary, we’ll see several of your new paintings. Your practice runs the range from photography and sculpture to painting and drawing. Do you have a favorite medium?

Andrej Dubravsky: In Vienna, I’ll be showing my first-ever oil paintings, which I made this summer in my country house. I love ceramics, too, but I still see myself as a figurative painter.

Artsy: Until recently, you lived and worked in Bratislava. Tell us about life in Slovakia and how it has shaped your practice.

Dubravsky: Since 2014, I’ve spent half the year in New York City, and the rest in my house I bought in the countryside of Slovakia. It’s in the south of Slovakia, halfway between Vienna and Budapest. I have the best dark, prolific soil in central Europe, so I can grow everything there. 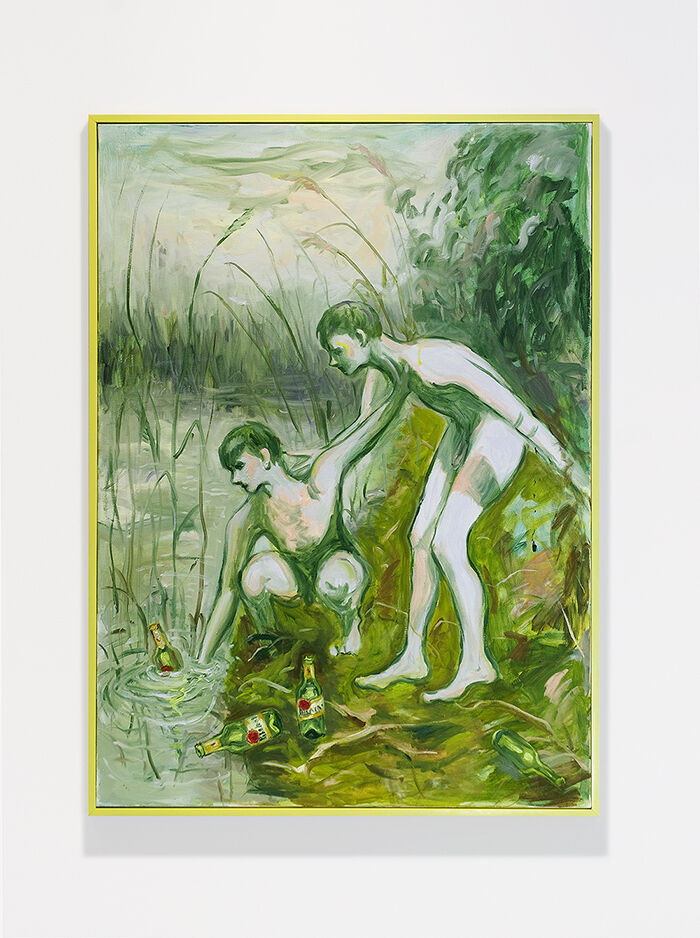 How to fix a water damaged phone in 10 easy steps, 2016. DITTRICH & SCHLECHTRIEM 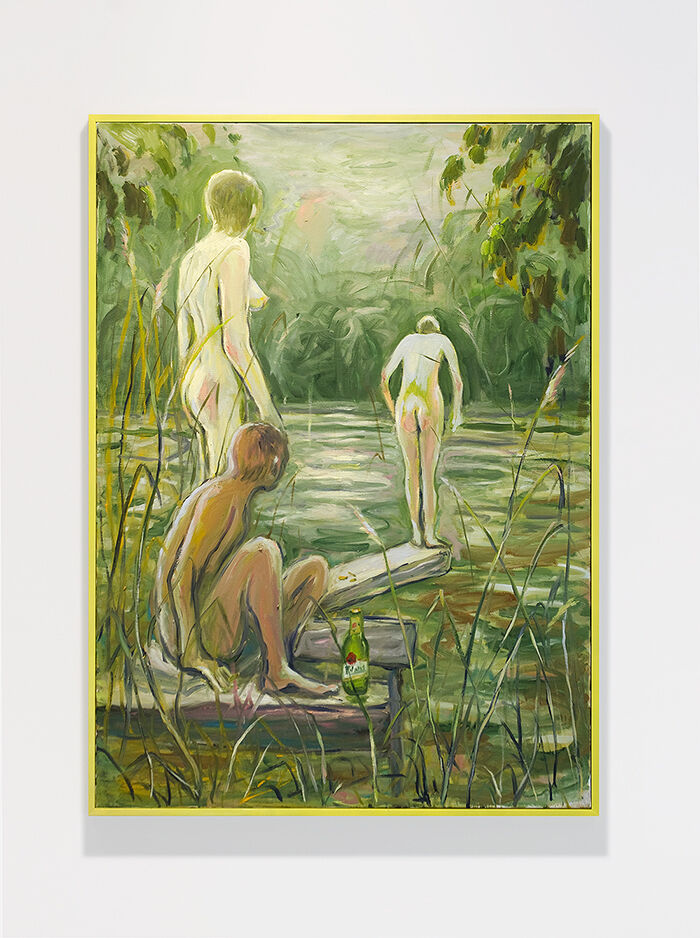 Lake and the family, 2016. DITTRICH & SCHLECHTRIEM

The drawings I showed at group shows in New York this spring and my latest paintings, which I am showing in Vienna, are all about life in the countryside and the people living there. [They’re] about that illusion or cliché of a healthy, romantic life in the countryside, and the fictional sexy farmers you can see in some Eastern European porn movies—which are so far from the reality—and the healthy vegetables people grow there. But people actually lead pretty unhealthy chemical lifestyles in the countryside. They pour and spray lots of chemicals in the soil and on their plants, and in their bodies.

So, besides the ink and acrylic, I used stuff like insecticide and other garden chemicals to make my drawings, as well as cigarette butts and beer caps and various seeds and soil. My latest paintings, which I am showing at viennacontemporary, are also inspired by socialist realism—the official art [of the Soviet Union] during the Communist era. The art was all about tractors and being proud of working on fields, etc., so in my painting you can see bunches of clichéd sexy farmers riding old tractors, but on the bottom you see bottles of Pilsner [Urquell] beer. Pilsner is a big, world-famous company from the Czech Republic, not beer from a cool local brewery, like you’d drink at some beer garden in an urban area of New York or Berlin. People in the countryside usually don’t have ideas about organic and local things. You can see also painted cigarettes, which give to the painting some kind of realistic moment, and make it look less like a bunch of bunny boy mutants in a bucolic landscape. 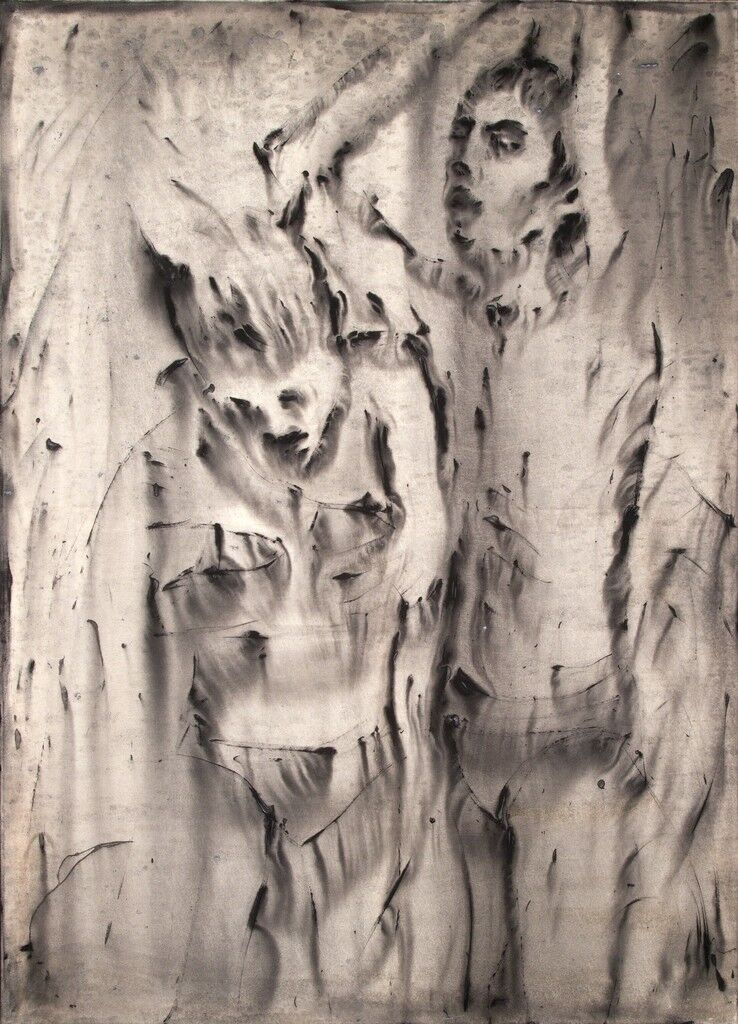 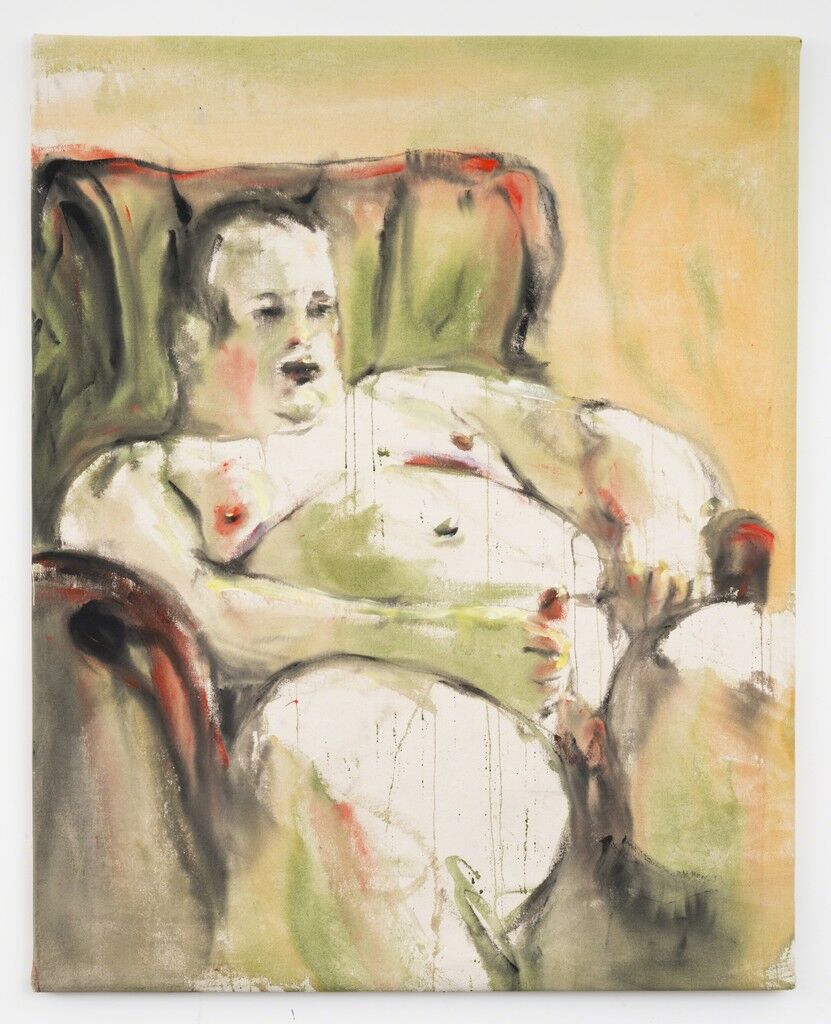 Artsy: Speaking of bunnies, you used to paint what you called “boys with bunny ears.” At the time, you said they were stand-ins for you and that they’re also partly inspired by figures in classic paintings. Can you talk more about that?

Dubravsky: I don’t paint boys with bunny ears anymore. They went from huge ears to, at the end, little horns like on the paintings of satyrs from Rubens’ paintings. But I feel like I don’t need them anymore. They just attracted too much attention. Of course, looking at the history of painting is still very important for me. Especially when I’m building the “stage” for the figures in the landscape. I also used to look for my models on the internet, photographed in those classical poses, like “contrapost.” I tried to paint them more stretched out or skinnier so that the pose—which is supposed to be “classically” sexy—looks skinnier, more androgynous, and disturbing. 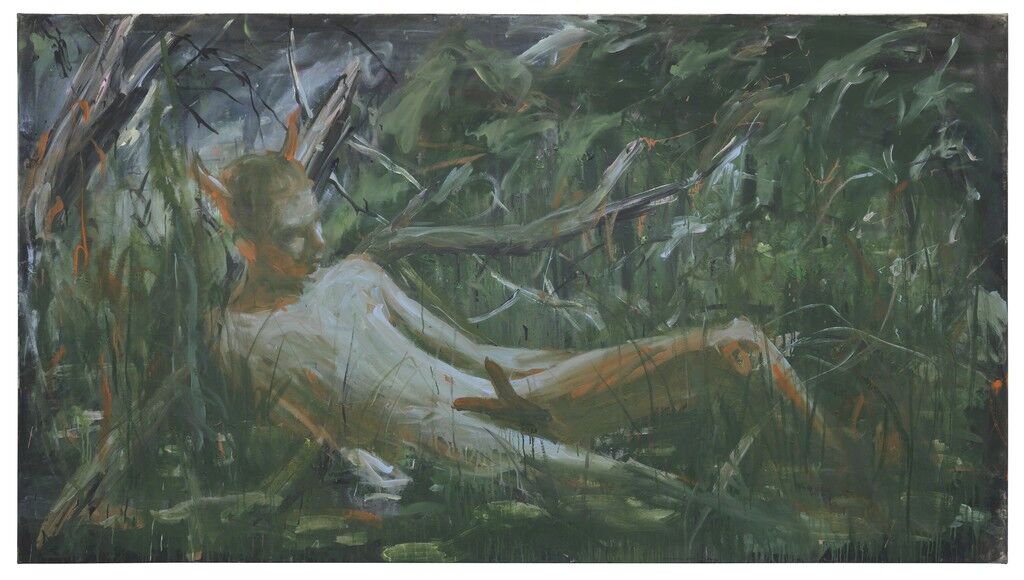 Artsy: Eroticism runs through your work. Which themes do you feel particularly compelled to explore?

Dubravsky: I am probably a pretty sexual person by nature. I’ve never been attracted to the idea of making paintings of architecture, or abstract paintings. I’ve always been interested in painting androgynous, mysterious pubescent beings. But last year, I also made “chubby teen” paintings. They are paintings of really chubby guys, something I’m sexually attracted to. So sometimes I had a hard-on while sketching. I love to paint humans and human bodies, and they are just always sexual, or they become sexual in the eye of a specific viewer.