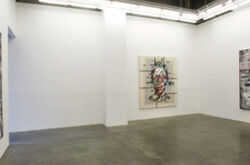 With the Election Looming, Eugenio Merino Invites You into His Political Funhouse 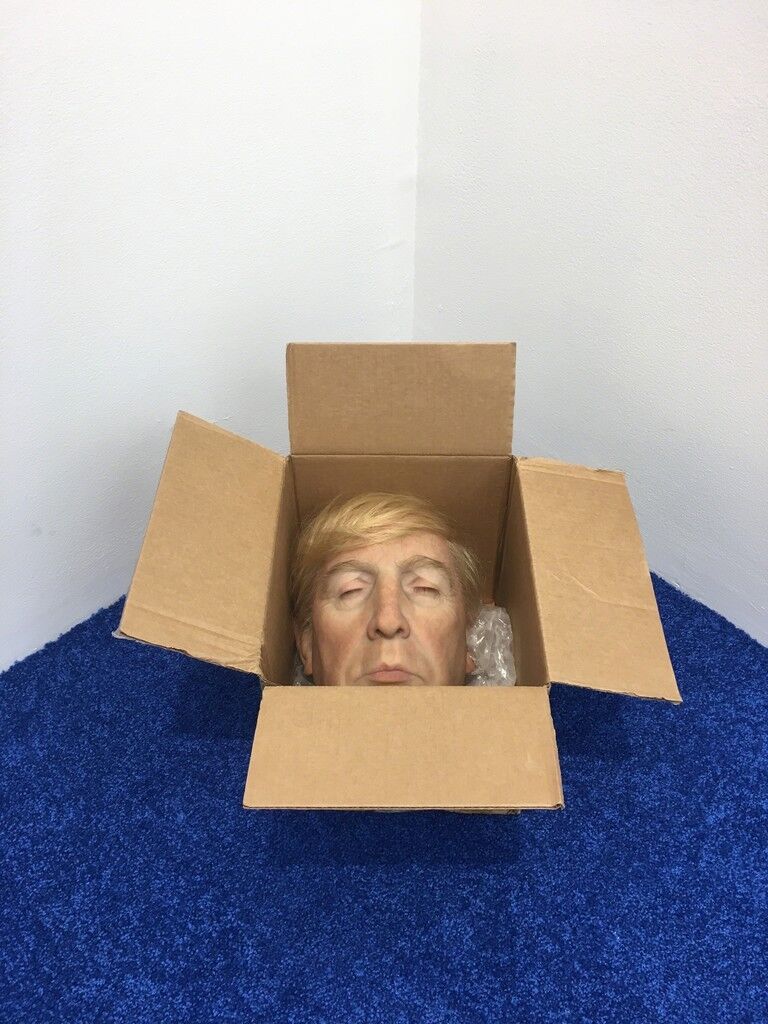 Dissent and debate are, to a certain degree, healthy and vital to democracy, yet this election cycle seems especially vitriolic and contentious. Now, with the U.S. presidential campaign at fever pitch, Americans are confronting the vast divide that runs through our country. With that in mind, Eugenio Merino’s new show, “Sons of Capital,” could not be more timely. 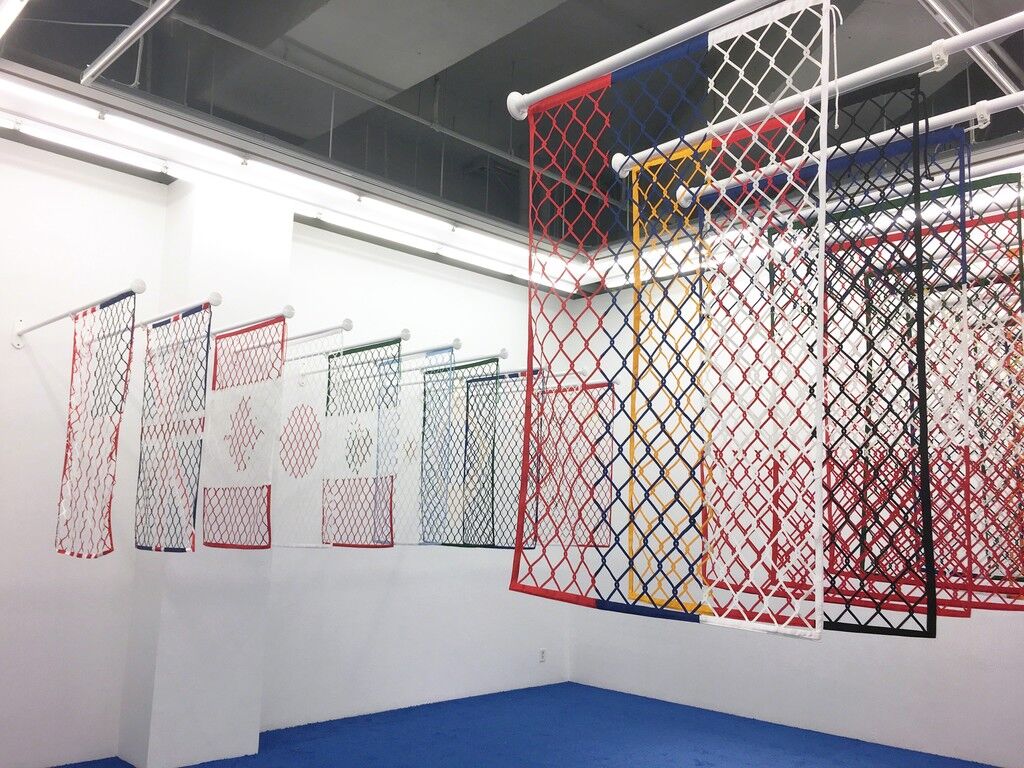 For the Spanish artist’s third show at UNIX Gallery in New York, Free World Fence (2016) is his most stunning visual feat. In it, flags are arranged to mimic chain-link fences; the flags, however, belong to the powerhouse nations of the G20, including the United States and European Union. As border fences, Merino’s flags depict economic prosperity as a gated community with limited entry. This bracing social commentary is complemented by the pure visual magnetism of seeing the row of flags head-on. Their interlocking chain-link forms are superimposed onto one another, transforming the flags into a frenzy of colored lines that recall the politicized Proun drawings of El Lissitzky. 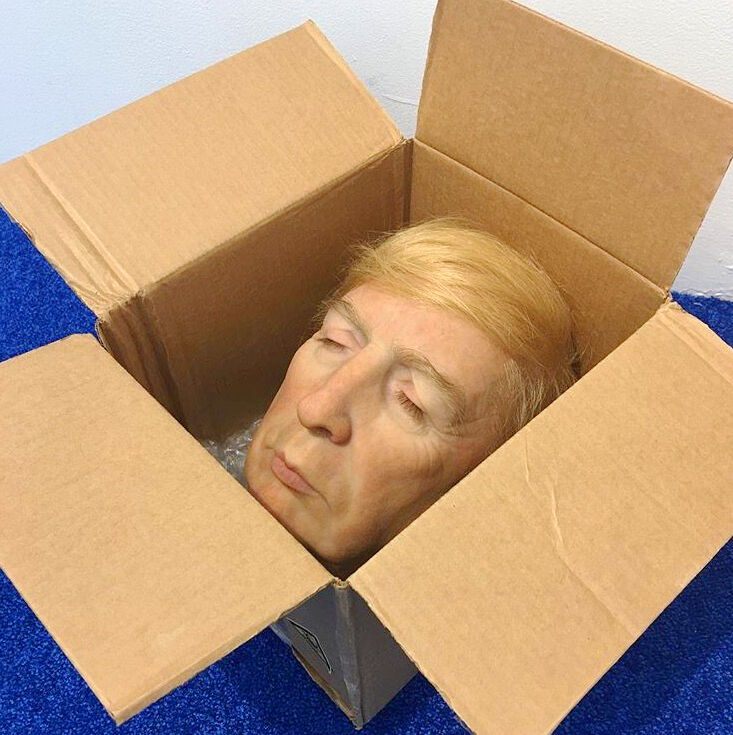 Damaged Goods (2016)—sure to be the show’s most talked-about piece—features a hyperrealistic model of Donald Trump’s severed head resting in a cardboard box on the floor. On the outside of the box, boilerplate packing stickers read: “Flammable,” for Trump’s inflammatory rhetoric, and “Fragile,” for Trump’s thin skin, or possibly for the fragility of our democratic system that he has so boldly disrupted. The macabre work recalls the finale of Se7en—a fitting reference for a man and an election cycle so outlandish they could have been cooked up by a Hollywood studio. 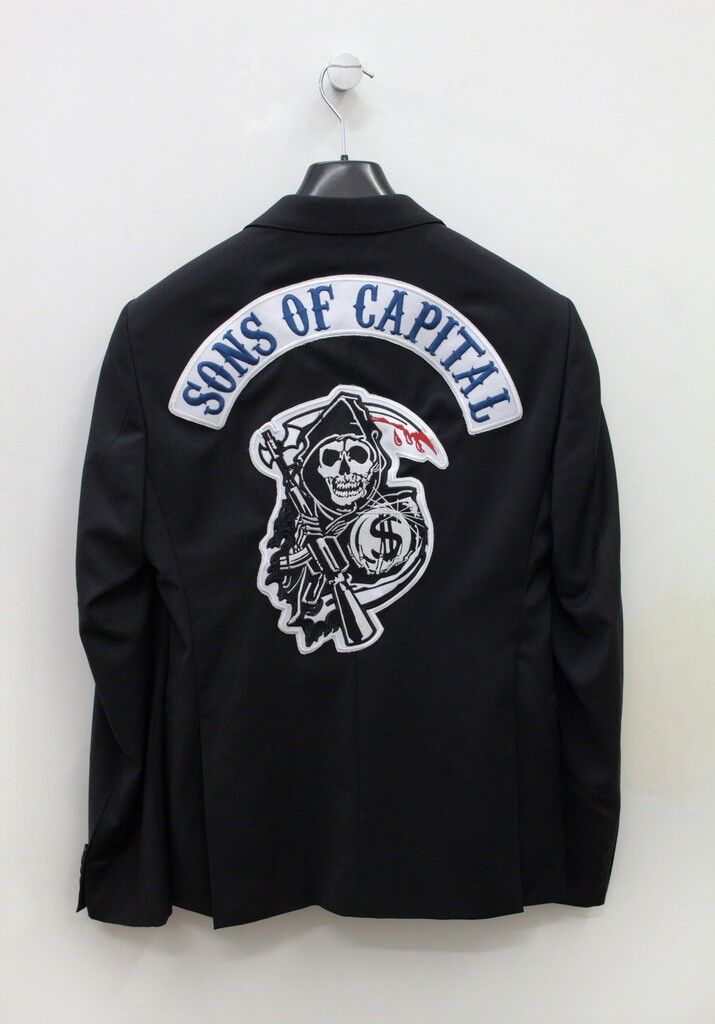 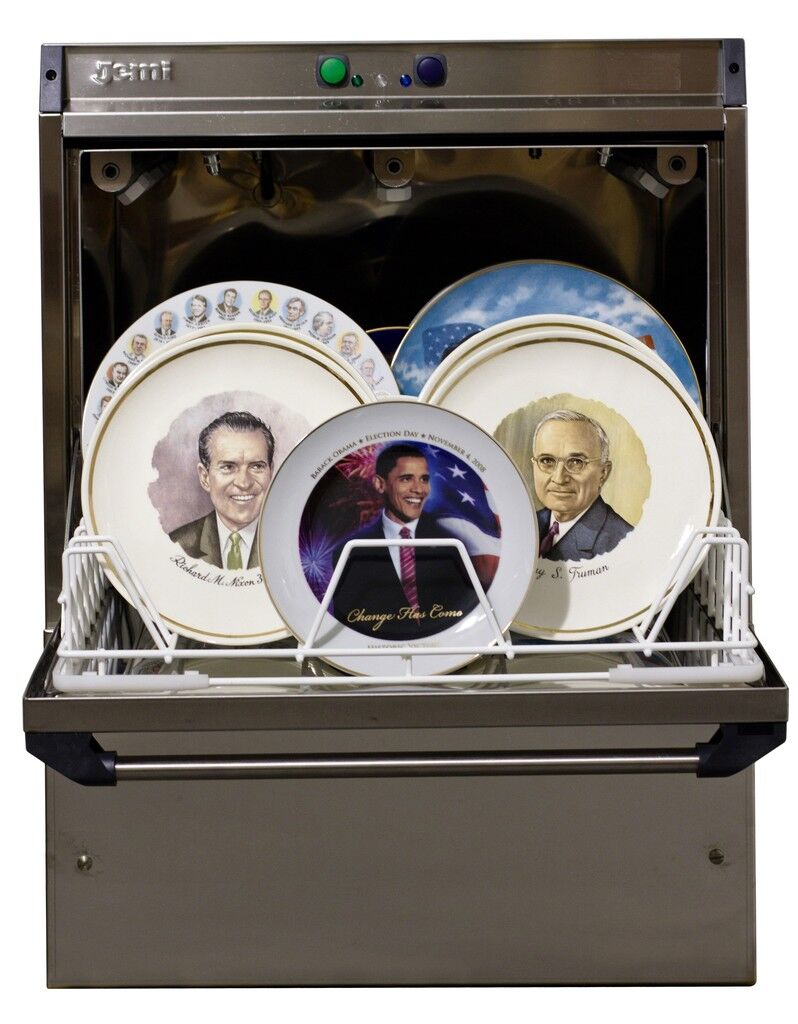 In Sons Of Capital (2016), Merino imagines the powers-that-be as a fierce motorcycle gang, complete with embroidered patches on an Armani jacket. The heart of the show, however, is a piece called Face Wash (2016), which consists of a small dishwasher loaded with commemorative plates featuring different presidents. In Spanish, “a face wash” means a surface change that doesn’t address deeper issues. Merino seems to say that, despite America’s quadrennial vote between two directions, a presidential election only decides which face will preside over an ingrained, predatory capitalist system. These faces, and others in the exhibition, all belong to white men, the only exception being the most recent president and, perhaps, the next. Maybe the face washing is finally going deeper, or maybe we’re about to add more dishware to the machine.