The Park Avenue Armory has named as its new artistic director Pierre Audi, the longtime director of the Dutch National Opera, as well as the former artistic director of Amsterdam’s Holland Festival and founder of London’s Almeida Theater. He will begin at the Armory this October and will simultaneously continue in his role at the Dutch National Opera. (via the New York Times)
Maja Hoffmann has been elected as the new board chair of the Swiss Institute and is scheduled to begin the role next June. In addition to founder the LUMA Foundation, Hoffmann sits on the board of the Palais de Tokyo and helped form New York’s New Museum. (via Artforum)
Individuals and groups concerned with Irish national heritage and culture, including An Taisce and The Irish Arts Review, are attempting stop the sale of nine artworks that the foundation in charge of Dublin’s historic Russborough House plans to bring to auction next month. Amongst the nine works are six paintings by old masters including
Peter Paul Rubens
. (via the New York Times) 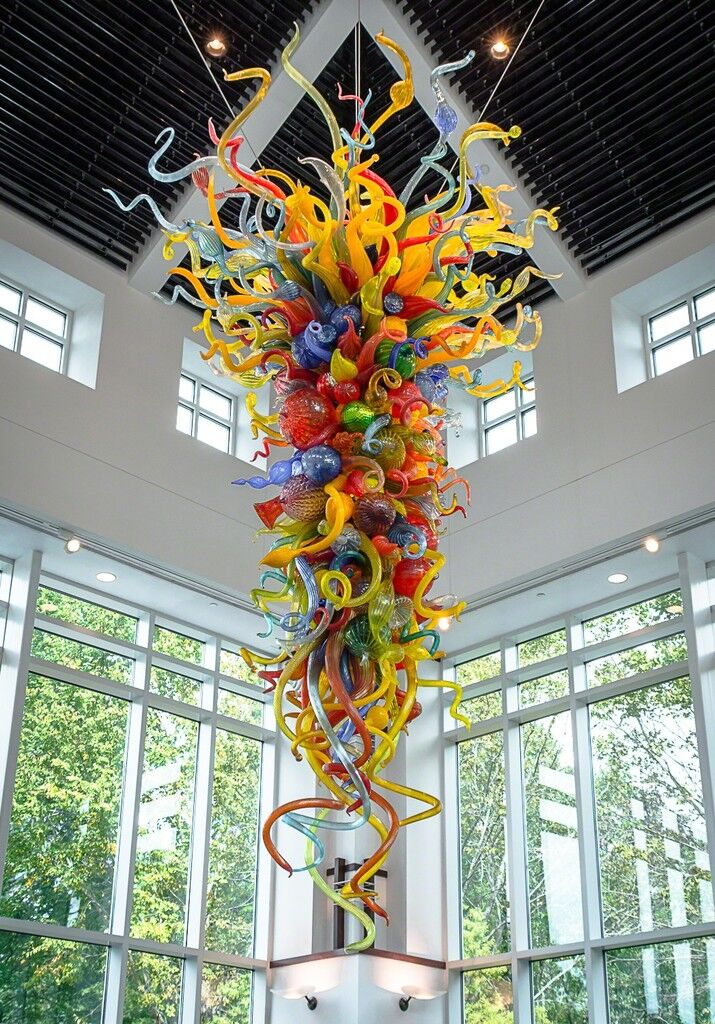 Dale Chihuly
Mille Colori, 2003
Virginia Museum of Contemporary Art
Christopher Robert Kaul, a former employee of
Dale Chihuly
’s, has been charged with stealing 90 artworks worth a total of $3 million from the artist to fuel his pain-killer addiction. Since the theft was noticed last fall, about half of the works have reportedly been recovered from dealers, to which Kaul sold them at a fraction of their value. Additionally, Bree DeStephano,
Steve McCurry
’s assistant, has been arrested for stealing over $600,000 worth of McCurry’s prints and books. (via artnet News)
Boston’s Museum of Fine Arts is creating the
John Singer Sargent
Archive following its recent acquisition of a bevy of the late artist’s sketches, letters, and memorabilia, almost 5,000 items in all. The archive adds considerable depth to the museum’s already impressive collection of some 500 of Sargent’s artworks. (via The Boston Globe)
Gallerist Monya Rowe is relocating her gallery to St. Augustine, Florida, following over a decade of stints in Brooklyn, Chelsea, and the Lower East Side. The new space will show work by Rowe’s present roster of artists. (via The Observer)
On June 24th,
Gustav Klimt
’s 1902 painting Portrait of Gertrud Loew will be sold at Sotheby’s London, where it is expected to fetch from £12-18 million. This is the first time the painting—a portrait of the young daughter of Klimt’s physician Dr. Anton Loew—will leave private ownership in more than a century. (via the New York Times)

Advertisement
Via @mrkagan: “50 years ago today, Ed White left his Gemini IV spacecraft and floated into the vacuum of space to become the first American to spacewalk. #spacewalk #EdWhite #NASA”
Via @juddfoundation: “We’re happy to announce a new installation of works by
Dan Flavin
on the ground floor of 101 Spring Street. Organized by Judd Foundation at
Donald Judd
’s SoHo studio, this is the first in a series of installations consisting of art, Judd Furniture, and books.”
Via @fitzandco: “On view: @SCADMOA’s #VivienneWestwood, ‘Dress Up Story – 1990 Until Now’ 👠👠. Curated by André Leon Talley (@andreltalley), this premiere exhibition offers visitors a look into garments, accessories + fashion show footage that highlight Westwood’s innovative pattern making, instinctual use of fabrics + distinctive technique.”