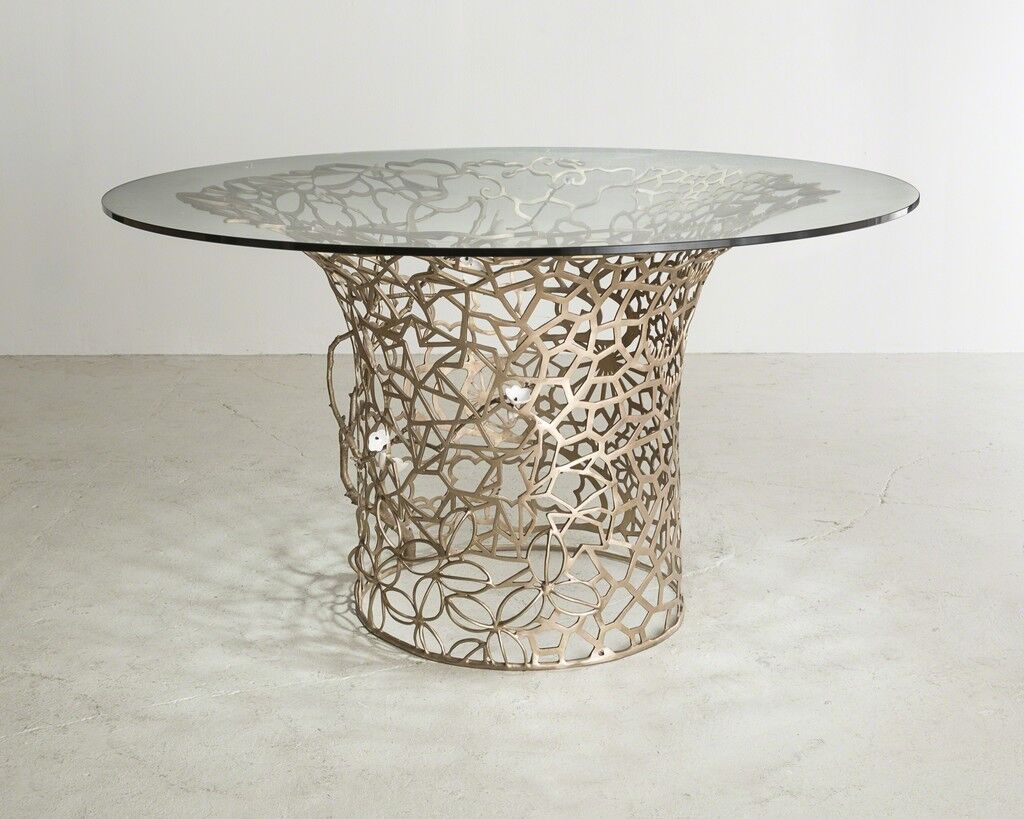 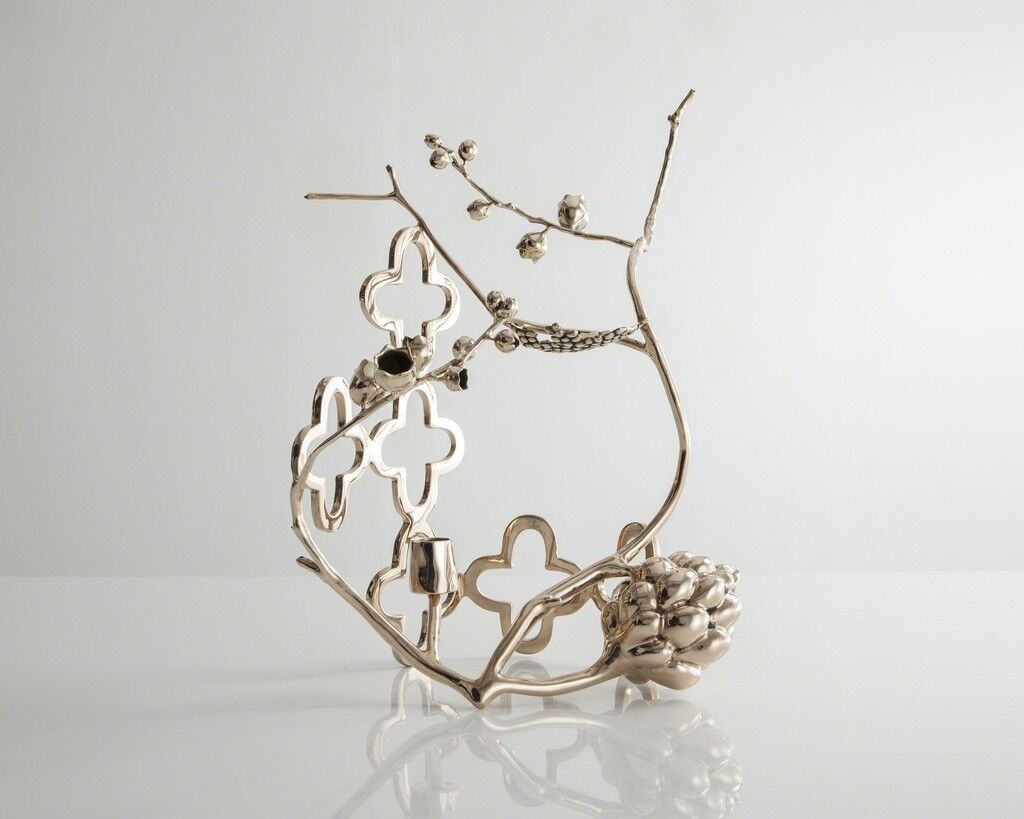 Artists including
Cindy Sherman
,
Chuck Close
, and
Jeff Koons
, as well as prominent gallerists, have written a letter asking New York City mayor Bill de Blasio and commissioner of the Landmarks Preservation Commission, Meenakshi Srinivasan, to halt the Frick’s planned eastward expansion, which would take over space currently functioning as a private garden. While the garden is of chief importance to the Municipal Art Society, who also wrote a letter, the artists and gallerists are concerned that the museum will lose its intimate environment should it expand. (via the New York Times)
As the 56th Venice Biennale awarded its prizes on Saturday, Adrian Piper and Armenia were announced as additional Golden Lion winners, joining the previously awarded
El Anatsui
; Im Heung Soon received a Silver Lion. Check out our take on the Prize’s significance. 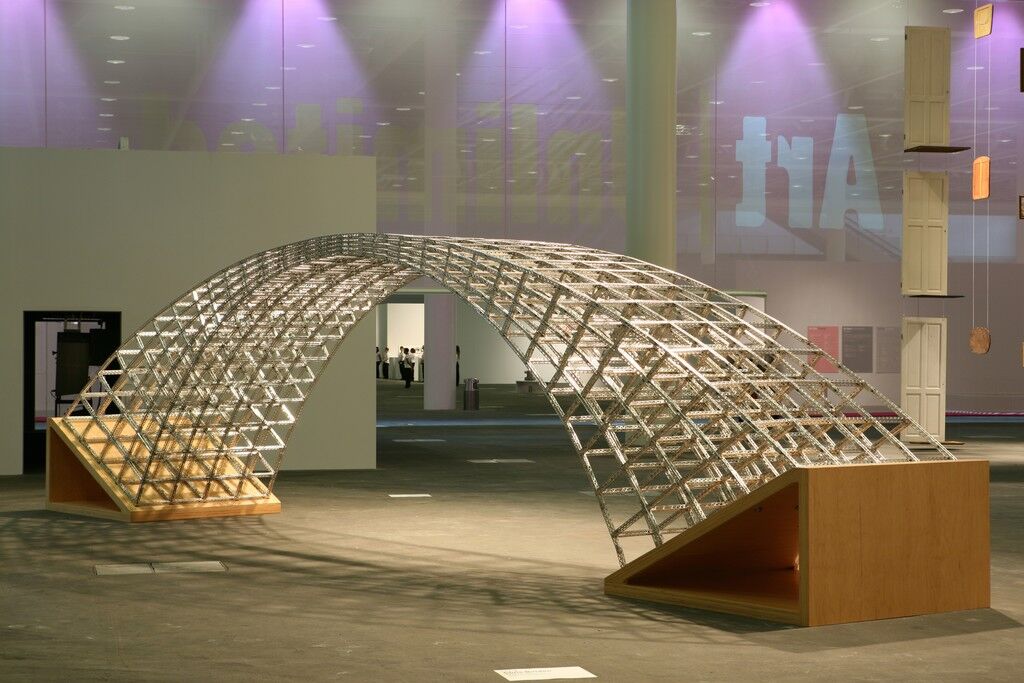 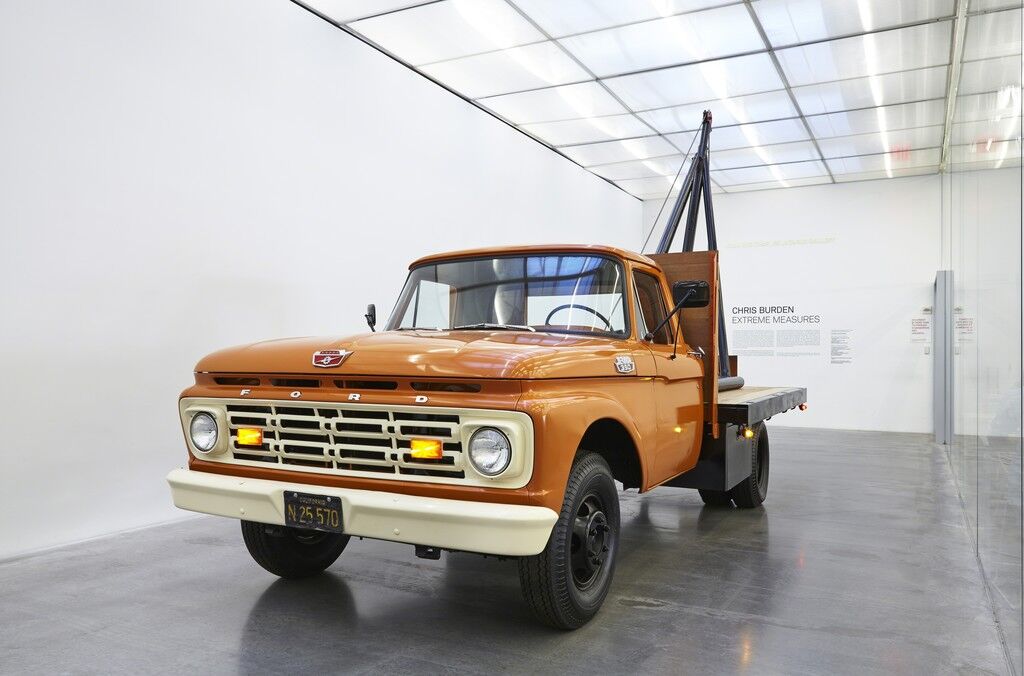 Chris Burden
1 Ton Crane Truck. Installation view, “Chris Burden: Extreme Measures” at New Museum, New York, 2013, 2009
New Museum
Advertisement
Renowned radical performance artist
Chris Burden
died yesterday of cancer, at the age of 69. Burden’s performance pieces involved pushing his own body—and his audiences—to the brink, including confining himself in a small space for five days without food, having himself shot in the arm, and nailing his hands à la Christ to a car. Burden’s later work turned toward engineering feats, like his final project, a functional airship soon to go on view at LACMA. (via The Art Newspaper)
David Chipperfield has revealed his designs for a planned renovation of London’s Royal Academy of Arts, set for a 2018 completion to coincide with the Academy’s 250th anniversary. The architect’s plans will see a new bridge connecting Burlington House and 6 Burlington Gardens, increased gallery space, a new learning center and auditorium, more fluidity between the buildings, and more focus on the art school. (via Dezeen)
After being caught in the act by an undercover detective, two German art-world professionals, assessor Wolf G. and dealer Hans K., along with accomplices, have been accused of trying to sell (they failed several times) a forged
Alberto Giacometti
sculpture, owned by Wolf G. since 2008. The sculpture came into the assessor’s hands from a seller involved with forger Robert Driessen, whose gang was apprehended in 2011. (via artnet News)
After operating independently for some time,
Jack Tworkov
’s estate has signed on Alexander Gray Associates to represent it. The late Polish artist was a leading figure in the first wave of
Abstract Expressionism
and co-founded the Eighth Street Club, before evolving his style toward conceptually based geometric abstraction. (via ARTnews)
The Cleveland Museum of Art has returned a Hindu statue of a kneeling god to Cambodia, which had been trying to repatriate the artifact—believed looted from the Prasat Chen temple some four decades earlier—for the past two years. The statue is one of six stolen from the temple that have been repatriated since 2012. (via the New York Times)

“Art Forger freed and making millions” (via the BBC)
“The Getty Museum is Recapping ‘Game of Thrones’ Episodes With Medieval Art” (via the Observer)
“Look, no paintbrushes! Artists caught off-duty—in pictures” (via The Guardian)
“LACMA’s most reliable patrons: 10 million taxpayers” (via the LA Times)
Want to catch up with the rest of this week’s news? Review past Daily Digests here.
Related Stories